This is part two of Caturday Felids; Greg posted part one yesterday.

Today’s CF is a brief update on the status of Mietek the Kitten, rescued by Elzbieta and Andrzej the Second (the staff of Leon). Mietek was badly hurt after he was kicked by a savage human, who created a big hernia that required little Mietek to have two operations. Somebody left the injured kitten in a cardboard box outside a church, and Elzbieta and Andrzej II rescued him, took him to the vet, paid for both operations, and adopted Mietek as Leon’s brother.

For a while it was touch and go, but I’m delighted to report that Mietek is now out of the woods, eating well, playing with Leon, and thriving. He still tends to lick at his stitches (see below), but they’re trying to stop that by enclosing his midsection in a sock.

Here’s Mietek resting, with antiseptic on the operated section of his belly: 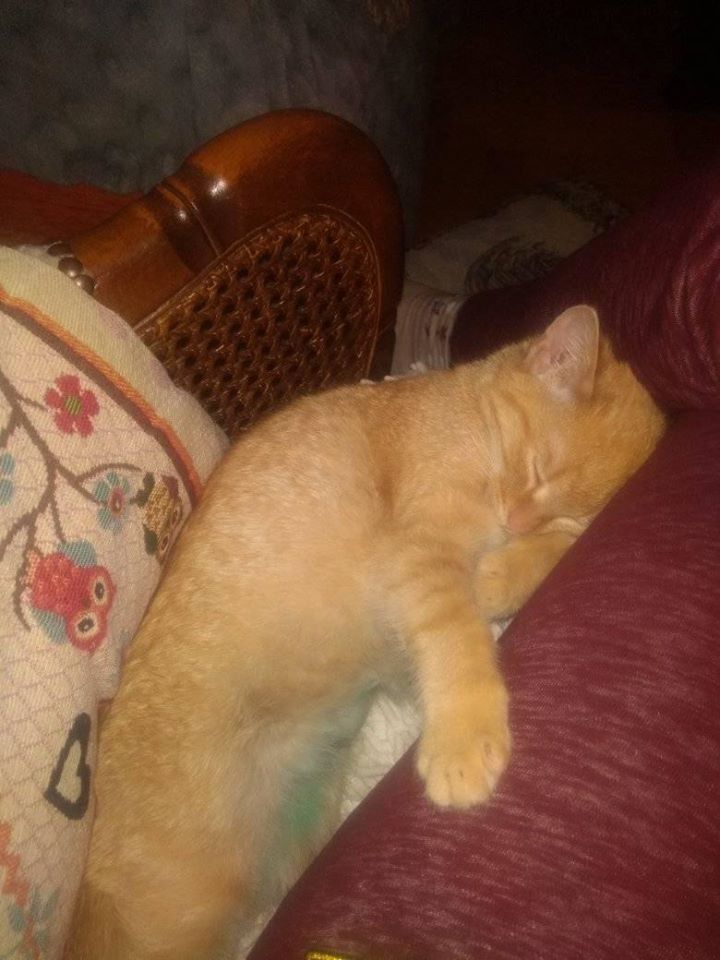 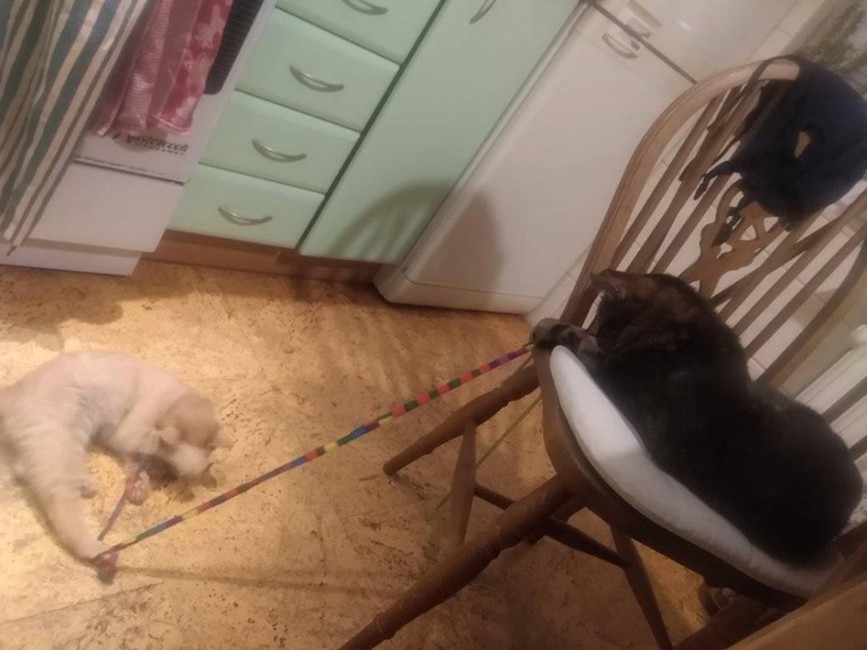 Here’s the not-too-successful attempt of Mietek’s staff to keep him from licking and biting at his wounds. Malgorzata says this:

Mietek manages to get out of this black thing they put on him without any problems. It’s a constant fight. One of the cuts on his stomach is healing nicely, the other not so. That’s why they tried to shield the site but it doesn’t work very well. Mietek is definitely too clever to stay in something he doesn’t like. 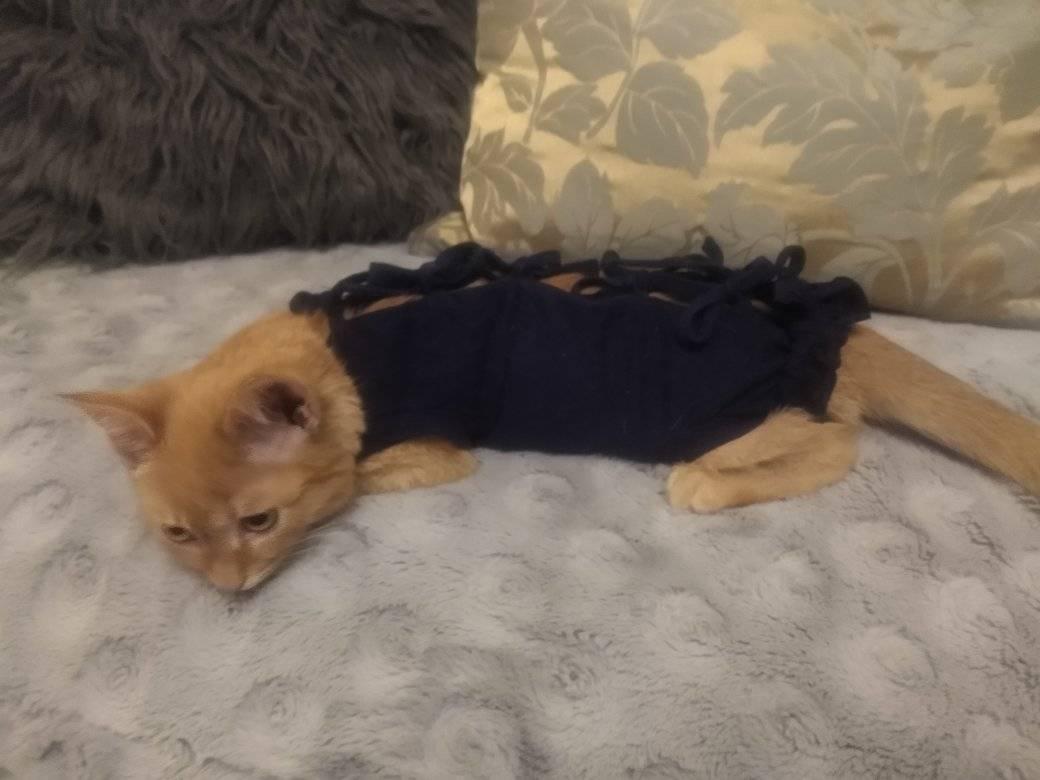