Tony Eales of Australia sent some diverse but inclusive photos, including insects, plants, fungi, mammals, and arachnids (mites). His notes are indented:

A more or less random grab bag of images. First is the law of the jungle in my back yard. One of our native crab spiders Boomerangia dimidiata captured a soldier fly Odontomyia sp. 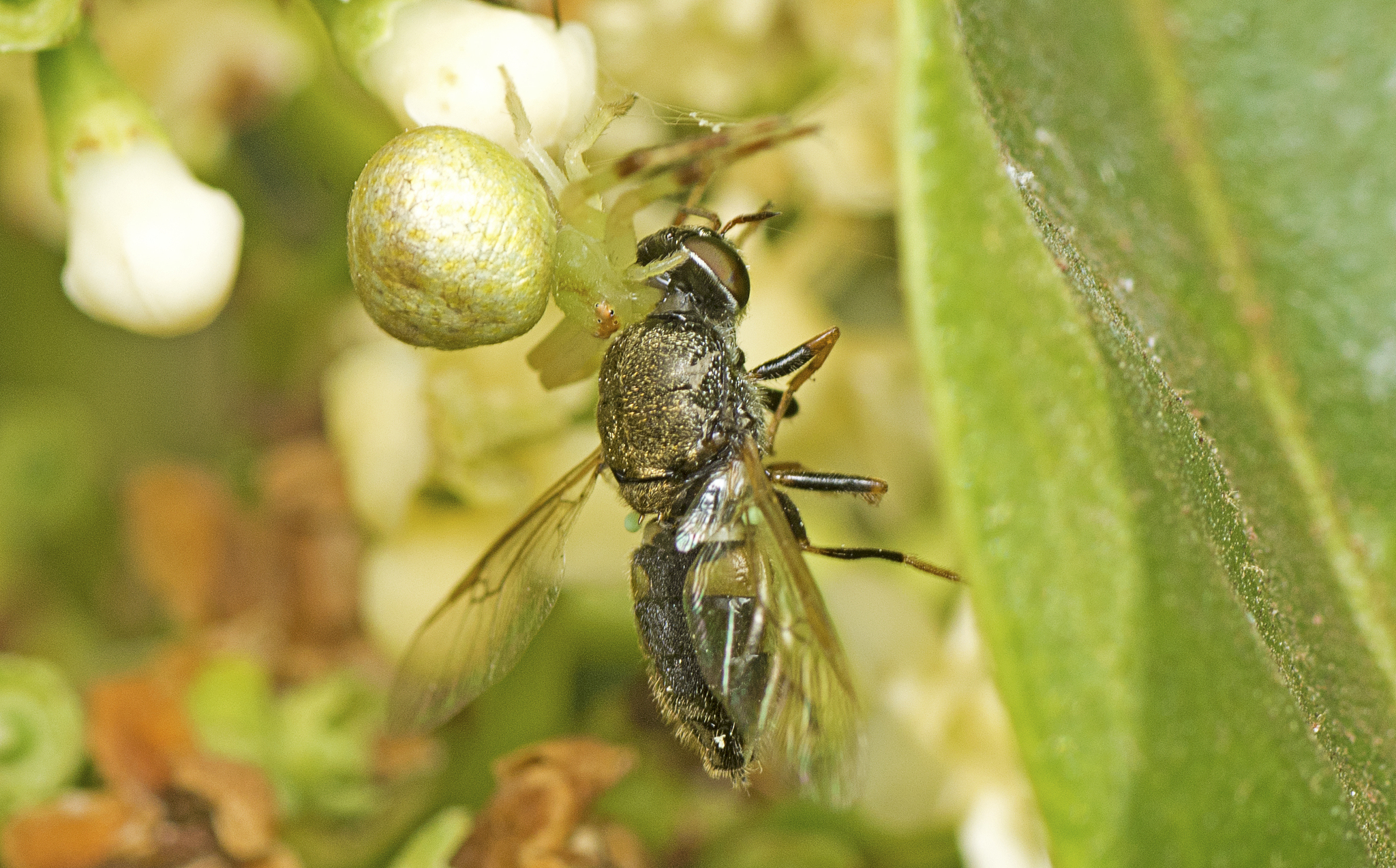 Next is an Australian Tailed-Emperor (Charaxes sempronius) caterpillar that I found on a wattle phyllode. I say phyllode rather than leaf as this species of acacia bush has true leaves only as a seedling and what I always thought were its leaves are actually flattened stems. You can tell because rather than having a central vein it has several parallel veins. 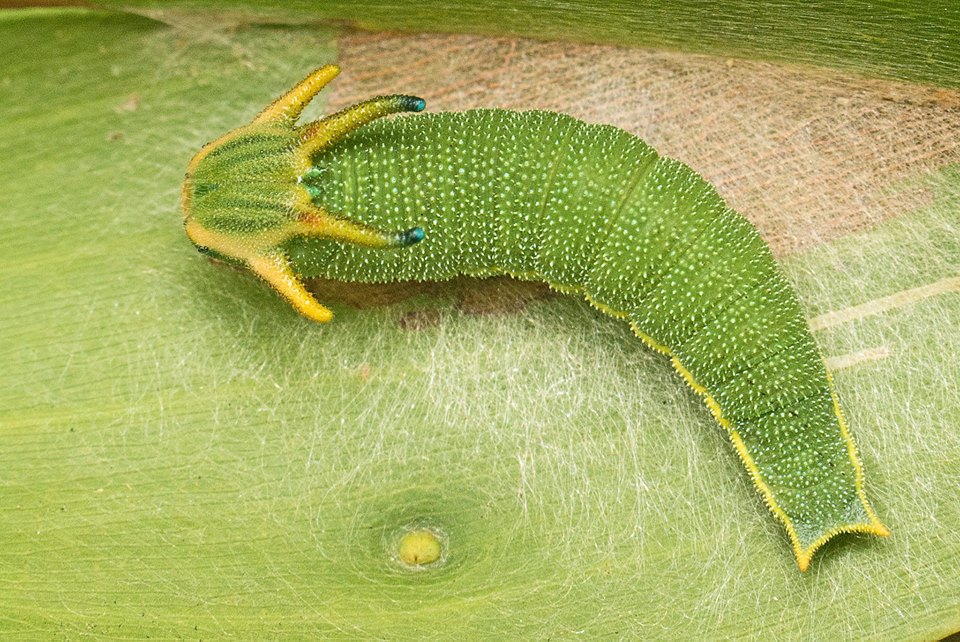 Another of the weird plants that I saw in Western Australia earlier in the year was this odd-looking sundew (Drosera platystigma); the plants were tiny, less than a centimetre across. 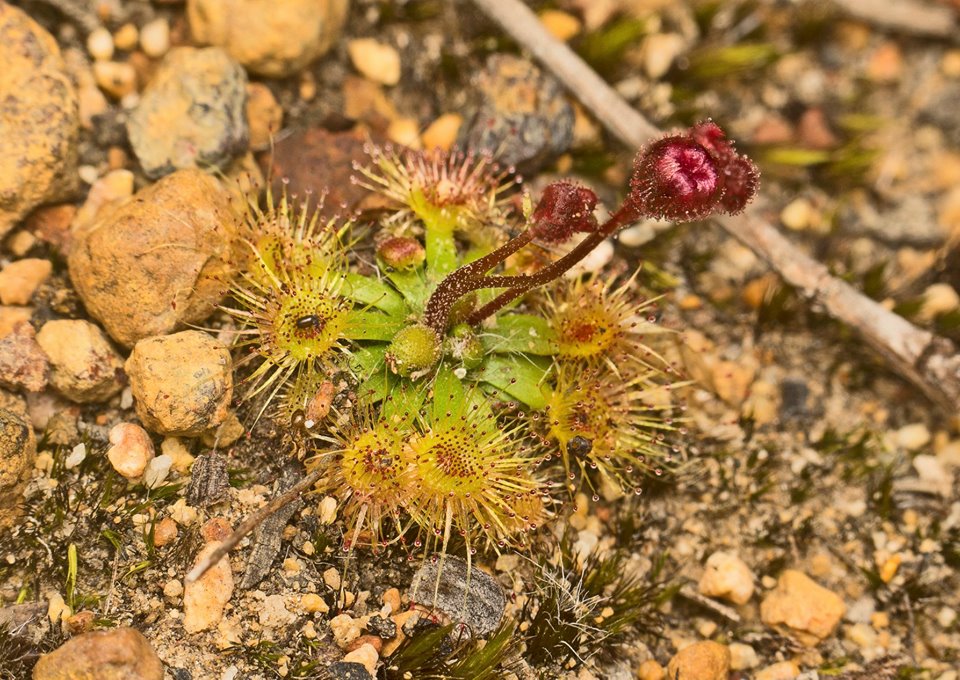 I’ve been trying to get out more with the arrival of spring and found this beautiful dragonfly, the Tau Emerald (Hemicordulia tau), sitting peacefully in the cool morning air. 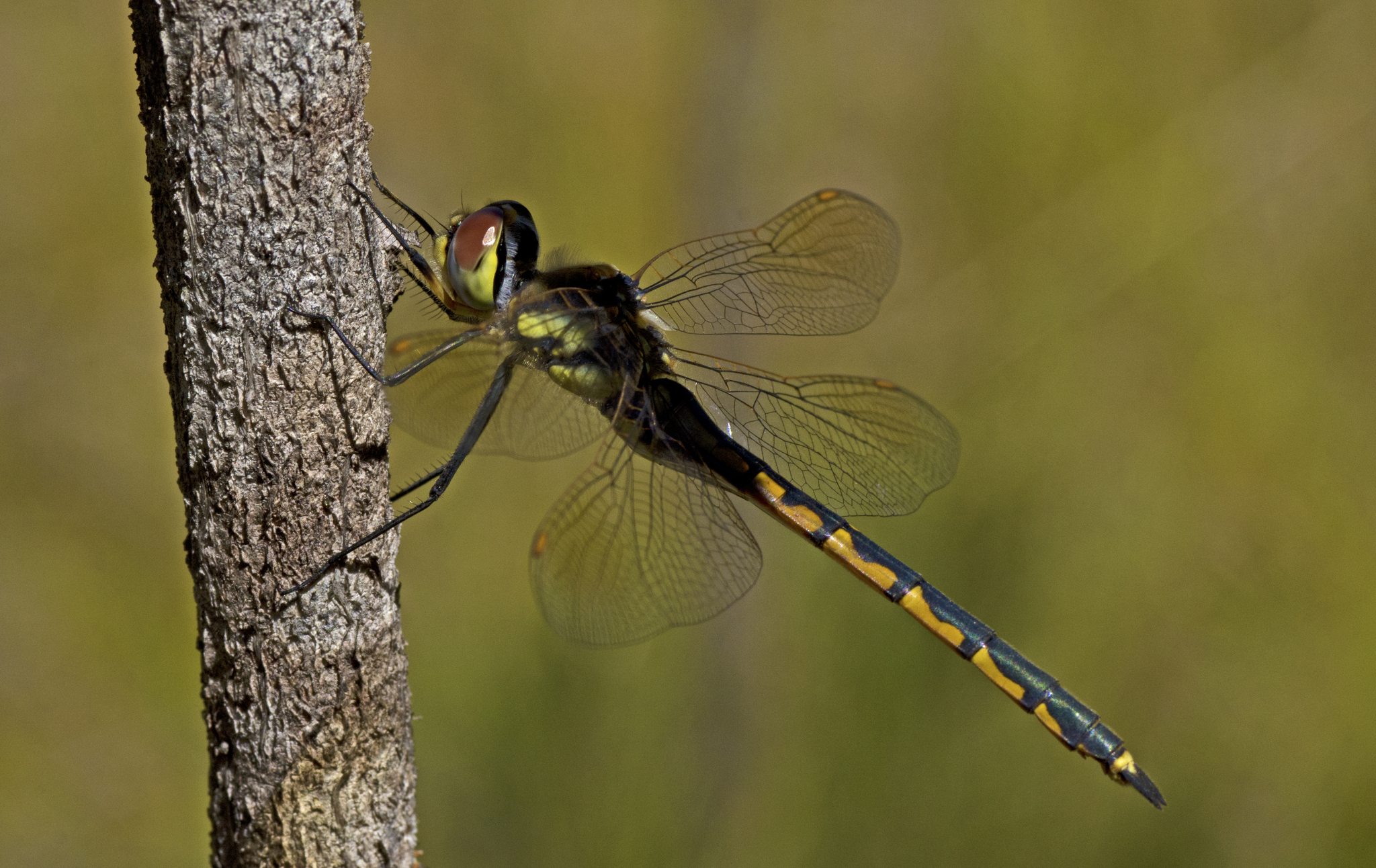 A classic Australian shot of an Eastern Grey Kangaroo (Macropus giganteus) and joey that I saw at a campsite in the mountains near where I live. 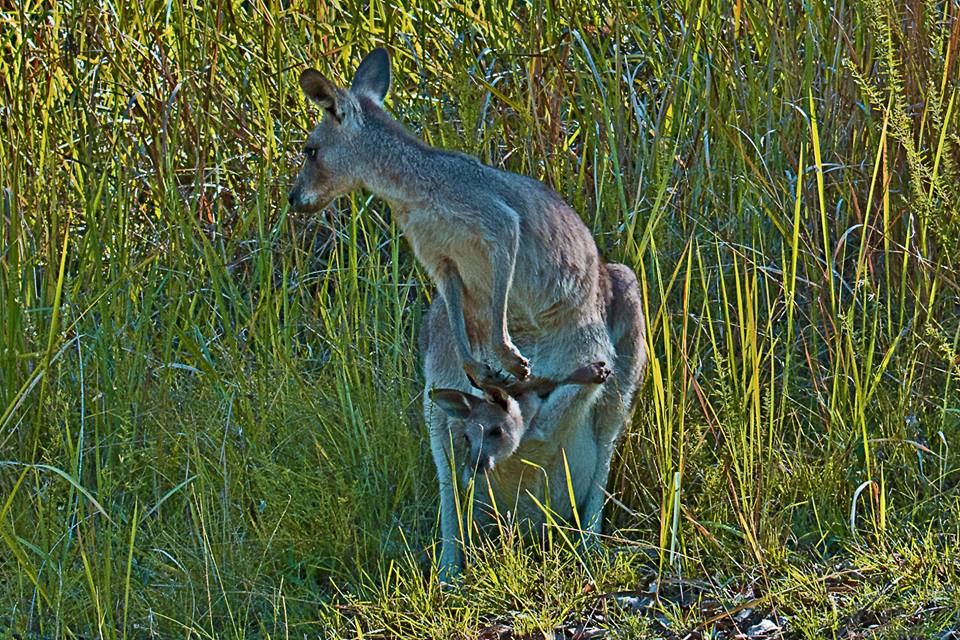 Something I’m trying to find out more about at the moment are entomopathogenic fungi. I found this specimen that had devoured a tiny beetle. I’m informed by an expert at the Department of Agriculture and Fisheries who is into these things that it’s probably an undescribed Ophiocordyceps sp. 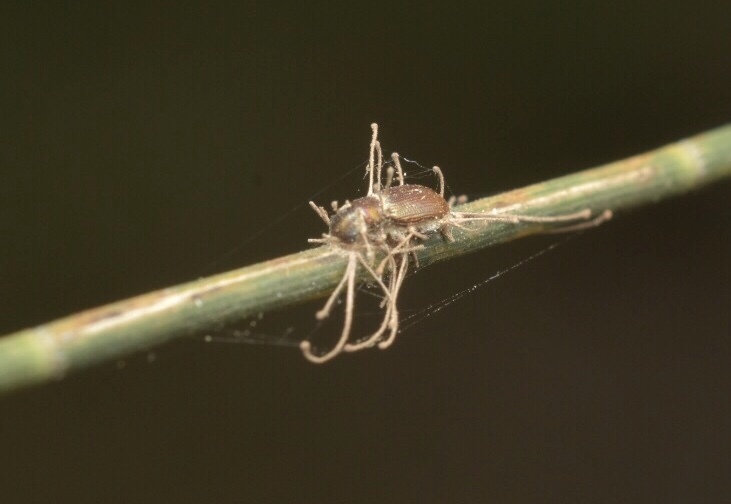 I more often see the larvae of sawflies munching away on leaves in groups. It’s always interesting to see the adults as they really look like nothing else in the flying insect groups. This one is Pergagrapta polita. 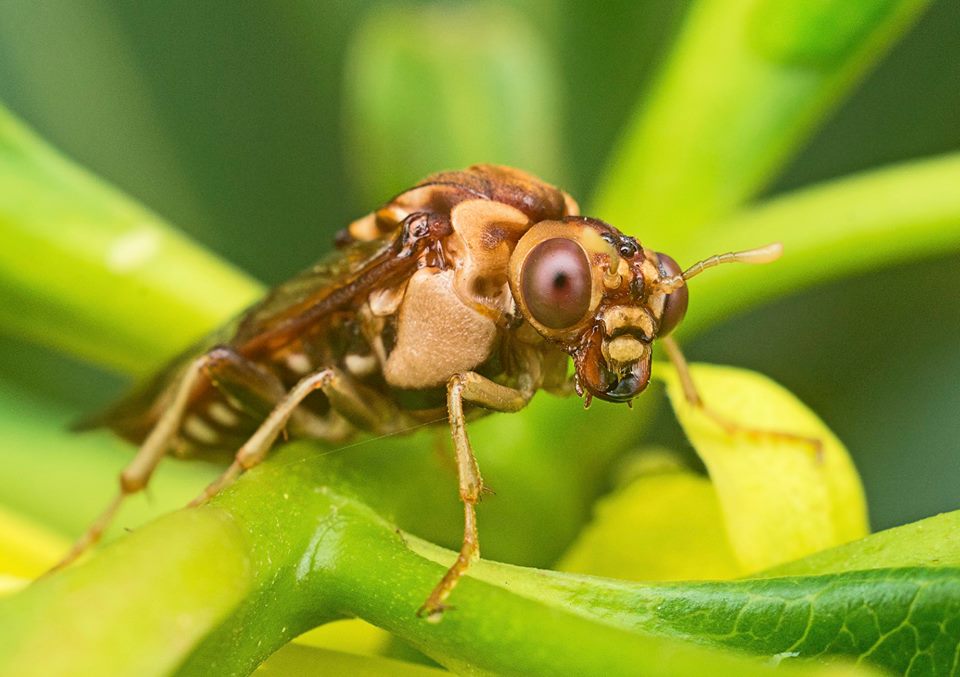 And finally one of the giant mites that I encounter in the bush. I think they must be very active at the start of spring as I’ve been seeing them turn up on Facebook identification groups accompanied by “what the hell is this?!” messages. This is a Rainbowia sp., and it’s about 10mm long, which is huge for a mite. The adults prey on invertebrates and the younger stages are tick-like ectoparasites on many larger arthropods like grasshoppers and huntsman spiders.

[JAC: You can see from this picture why mites are grouped with spiders in the class Arachnida.] 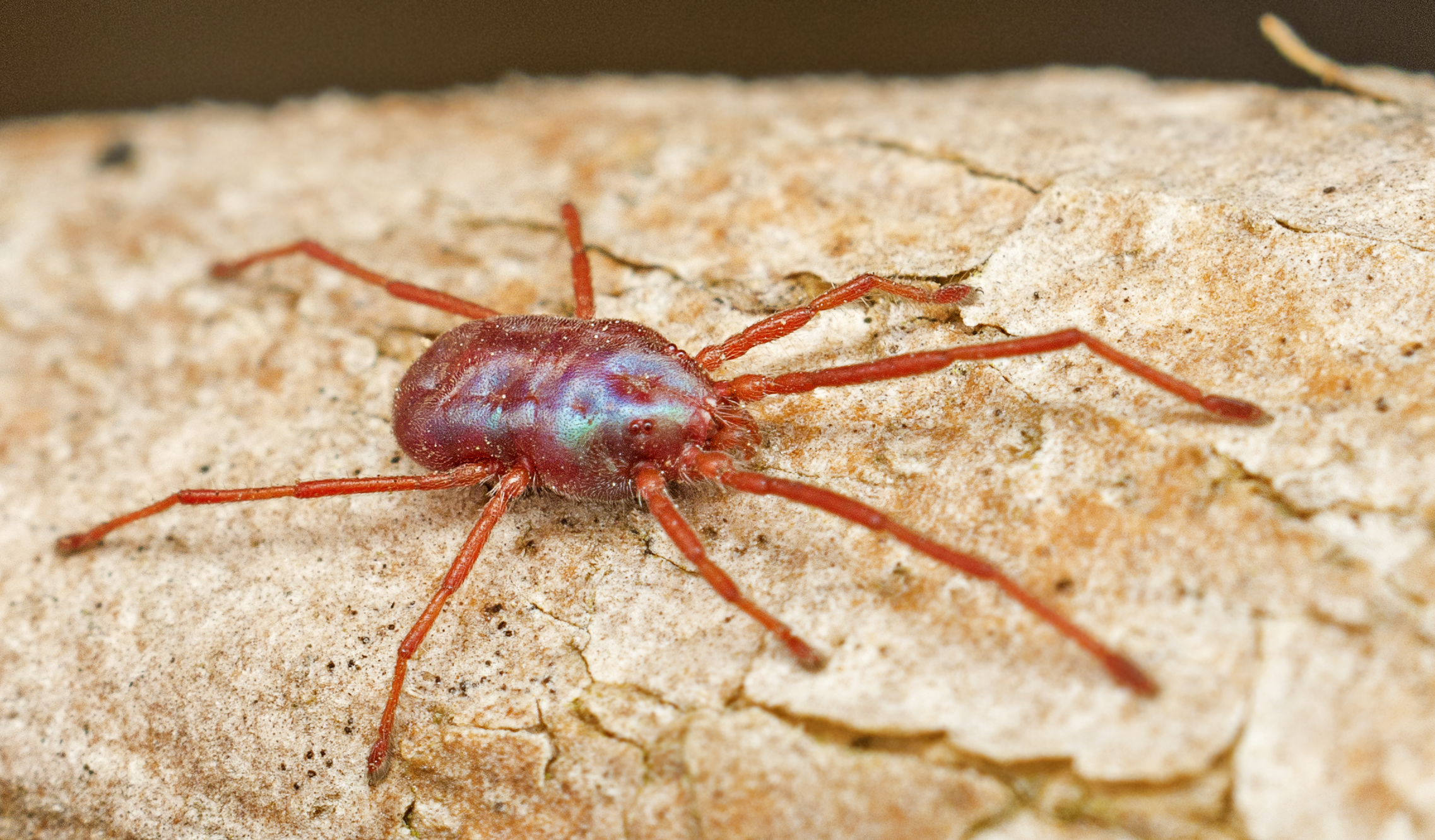