Thanks to the readers who have sent me photos in response to my plea. I still need other ones, though, so send in your good photos—and thanks!

Today’s photos come from Mark Sturtevant, who says, “The pictures tell a story that is only a tiny bit sad.” His narrative is indented:

I have always been obsessed with insects and spiders, and while growing up I would often keep them as pets. Caterpillars and cockroaches (and snakes) were not allowed, by parental decree, but anything else was fair game. Somewhere around the age of 12-14 I had a pair of  ‘bold’ jumping spiders (Phidippus audax), male and female, and I knew from somewhere that their courtship and mating was interesting to watch. So I decided to place them near each other on my bed to see what might happen.

It’s many decades later, and I have once again come into possession of a pair of bold jumpers. In the first two pictures I show the male (“I’m a lover, not a fighter”), and then the female (“She’s a maneater”). If I put these together, would history perhaps not repeat itself? 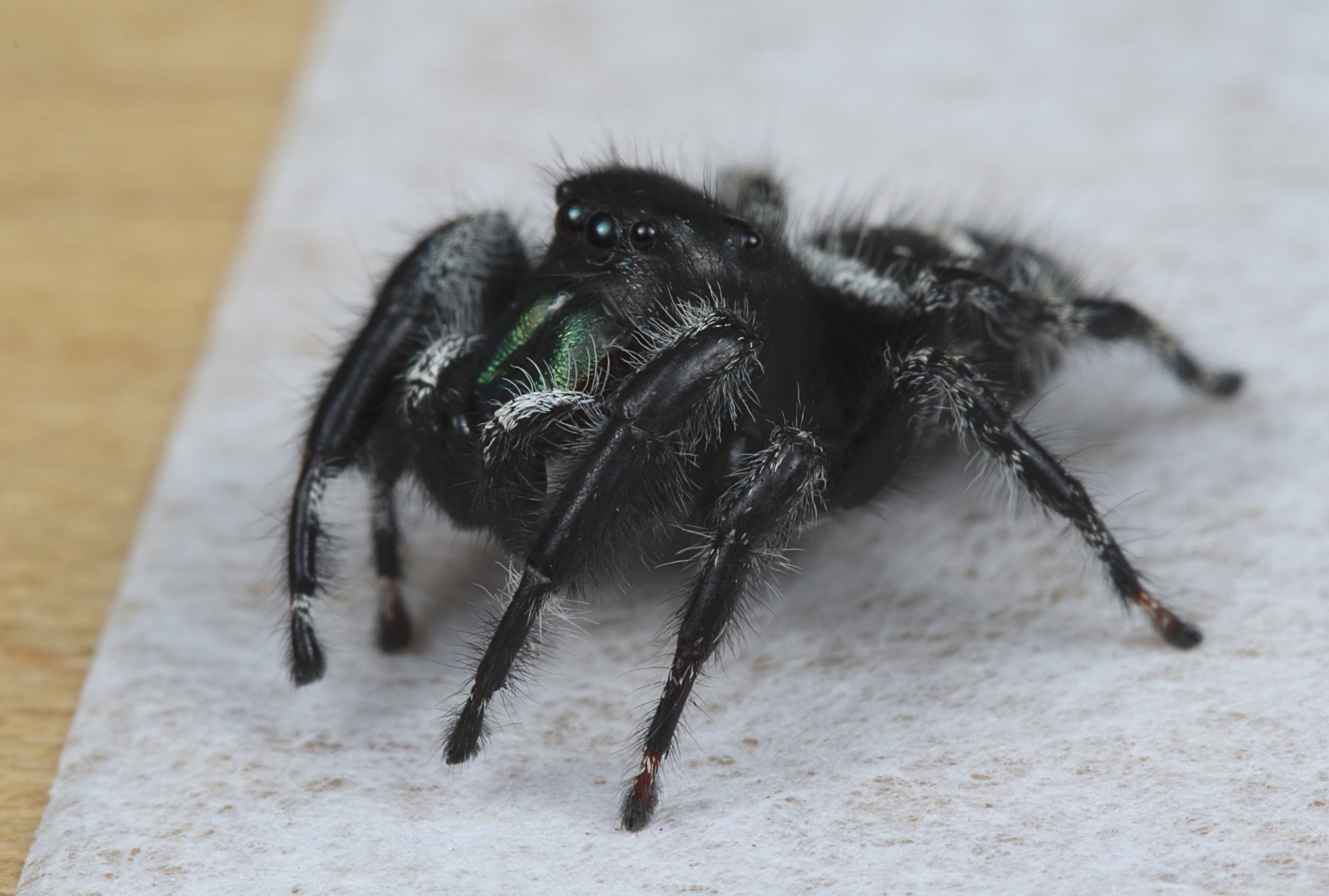 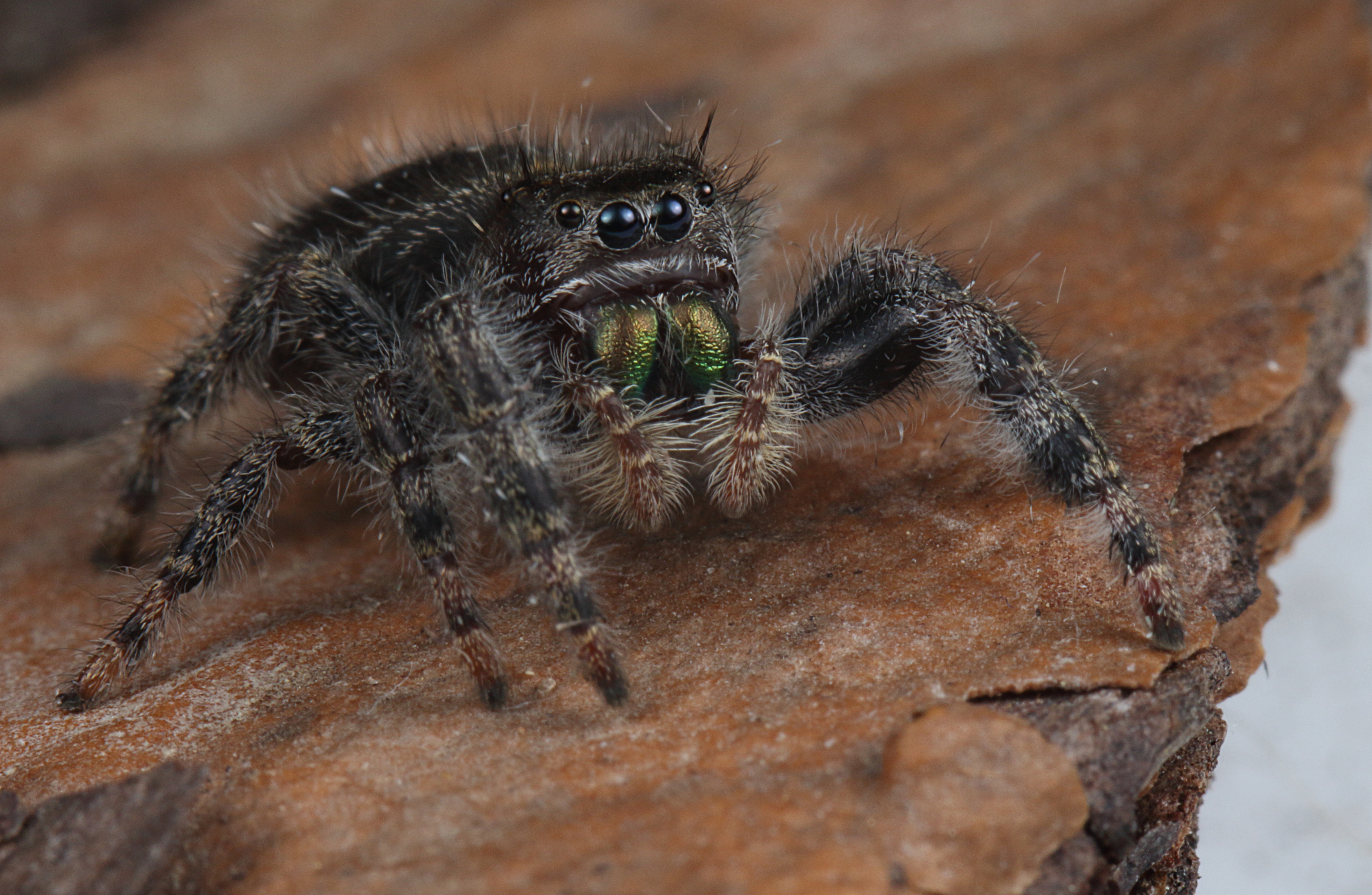 I wanted to try it out, but a more cautious approach seemed advisable! So I made a little box out of microscope cover slips, and put the female into it as a kind of ‘reverse shark cage’. She was first presented to the male this way to safely gauge her predisposition toward cannibalism. The next two pictures show the result. The male immediately approached, signaling his interest, and lo! The female waved back! 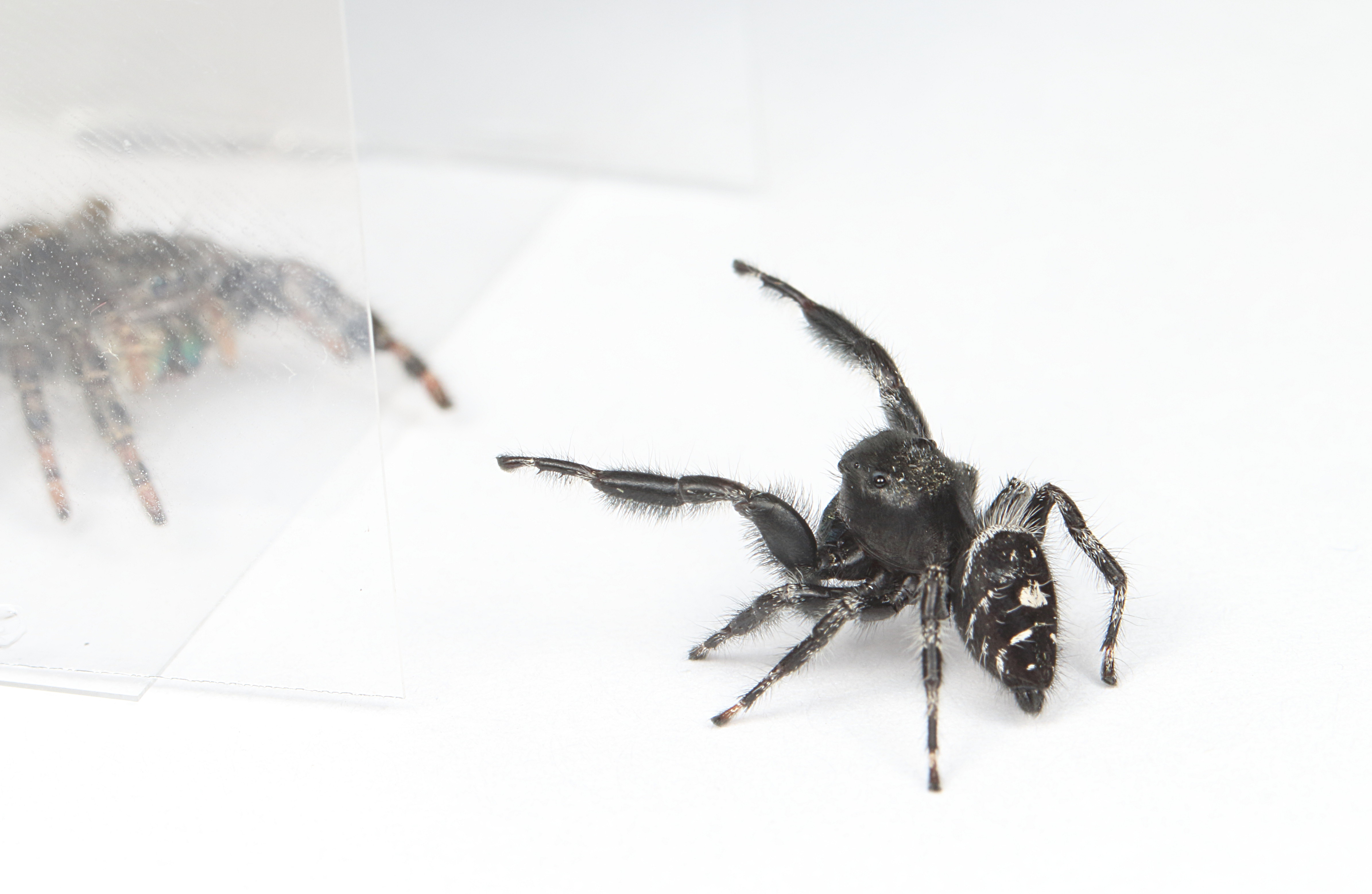 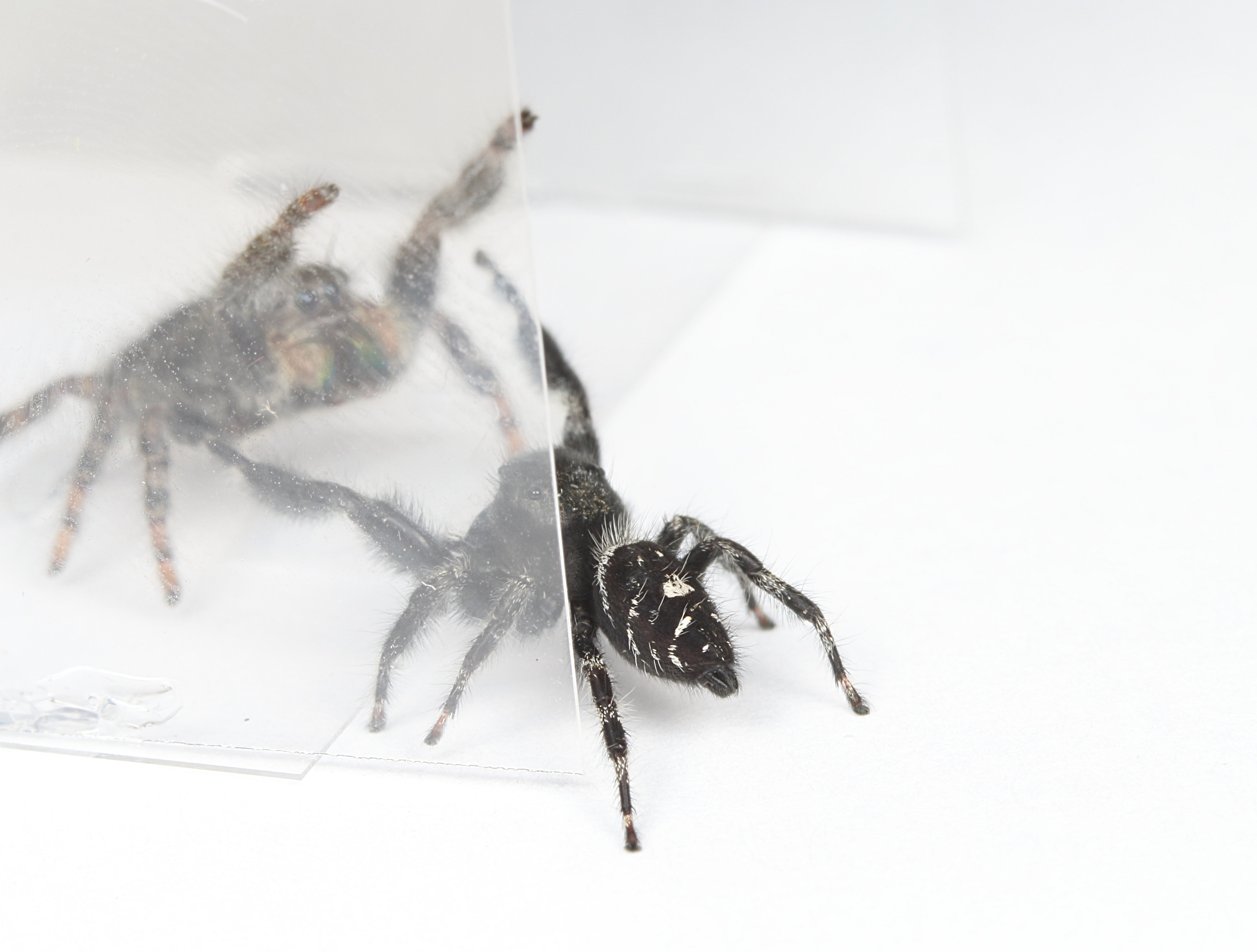 Following that, with heart thumping, I separated them and after a time the cage was removed so they were in the same space without any barrier. Again, the male approached, dancing away, and the female also waved back, as shown here. 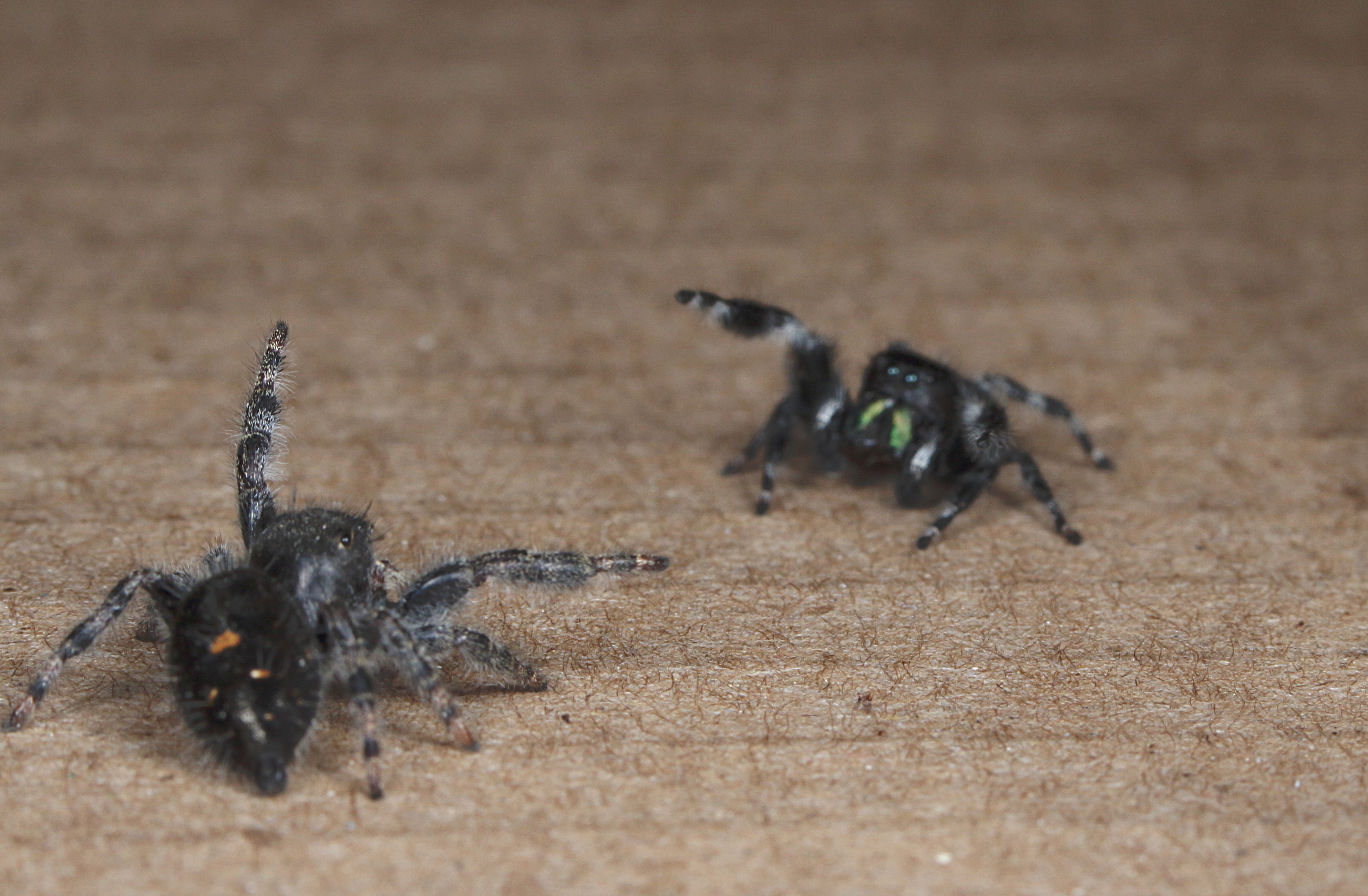 Now it would be nice to next show explicit pictures of mating spiders at this point, but that is not how this experiment turned out. As shown in the last two pictures, each time the two were presented to each other, the female would ultimately turn and flee after a few moments. I tested this several times, over a few days, and this was always the result. I don’t know why, but perhaps her suitor was “wrong” somehow. These are somehow the saddest pictures I have taken. He always looks so dismayed! But at least he survived to dance another day. 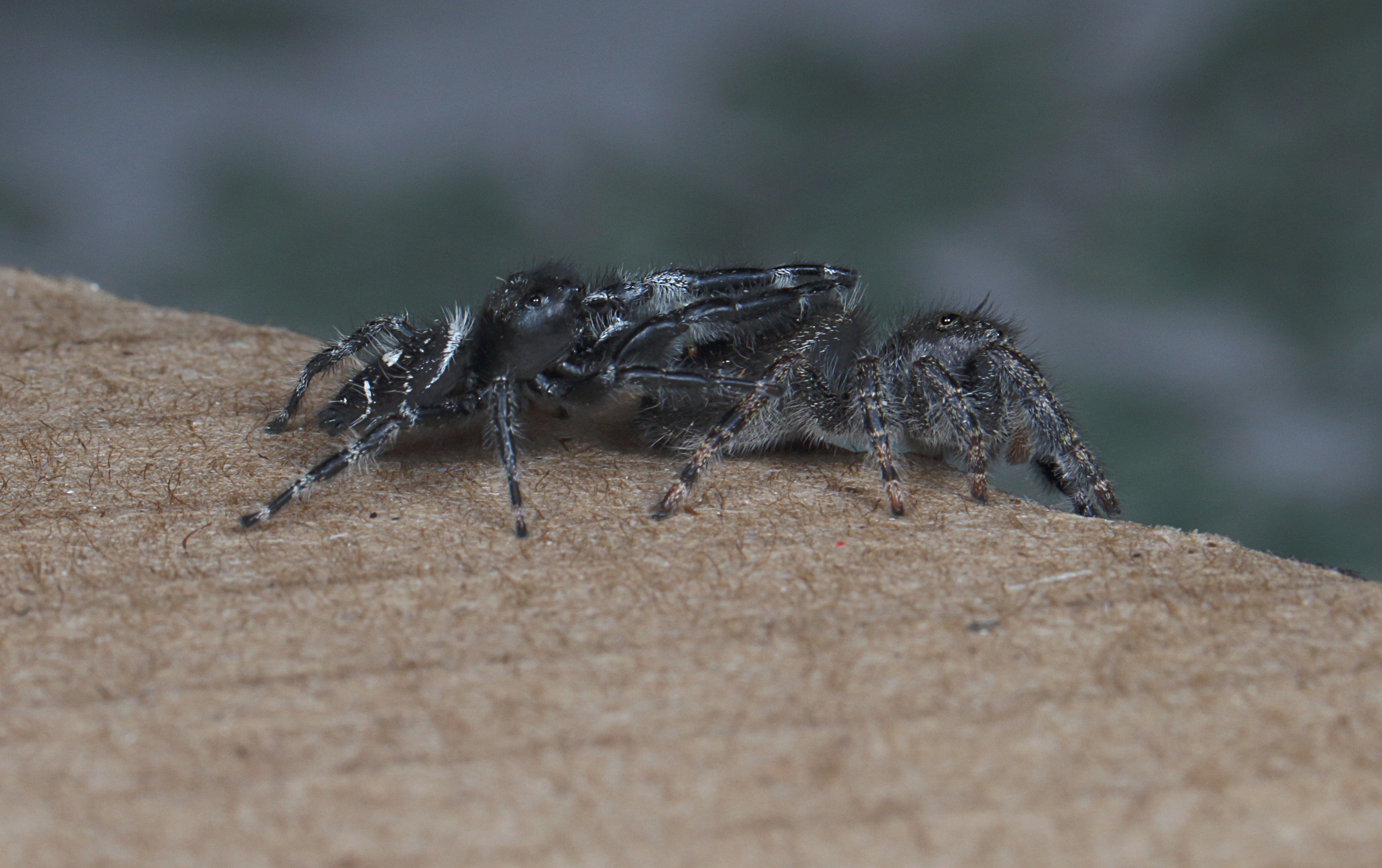 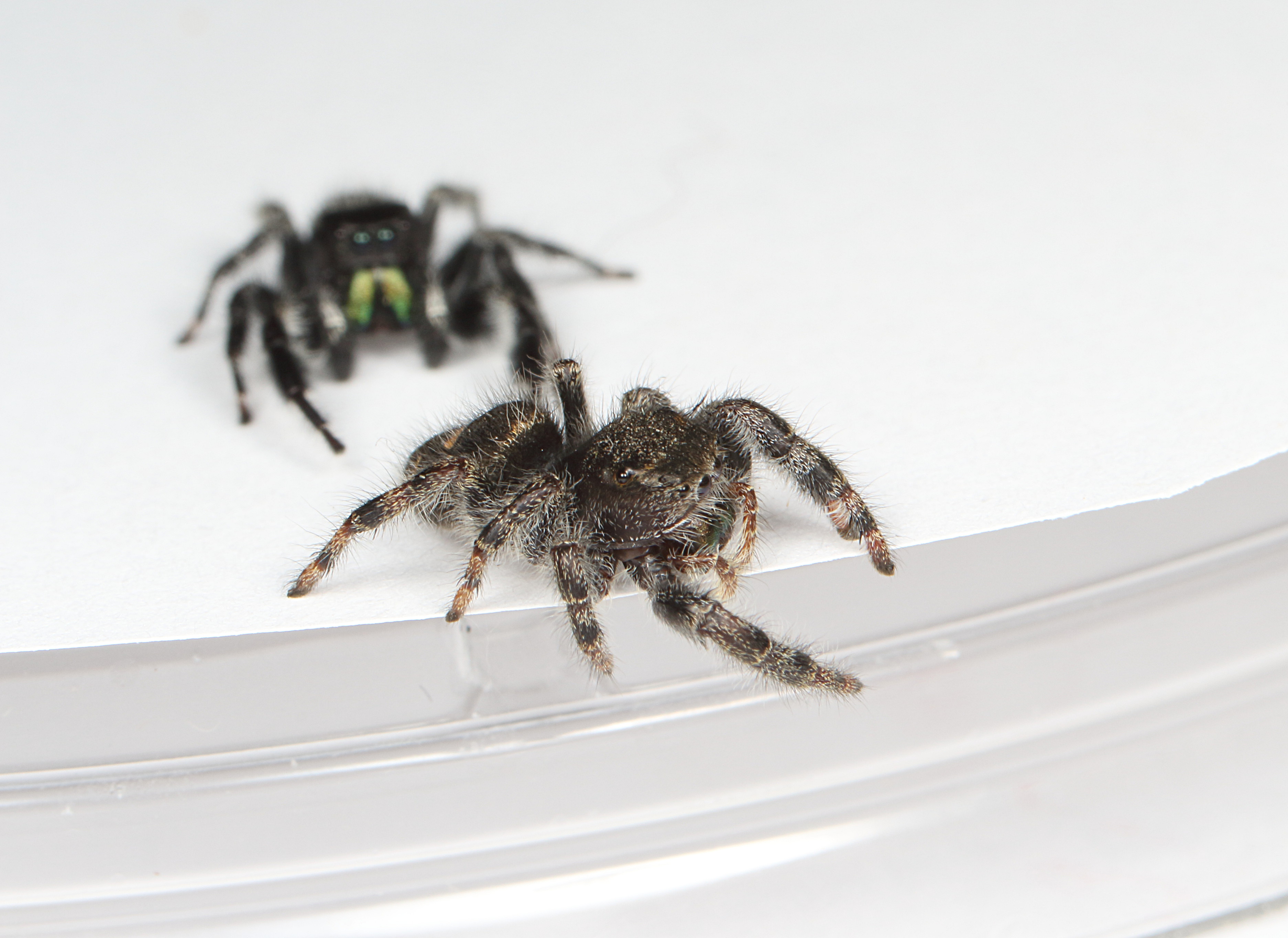 If any readers know of appropriate French phrases for this sort of thing, perhaps they could share them.