Well, here’s a new feature: photos of readers as they go about their everyday lives. If you want to be part of it—and this will hopefully be ongoing—just send me a photo of yourself doing something interesting, even if it’s just you at work, petting your cats (you do have one, don’t you?), or just about anything. The idea is to put faces to the names we read here every day.

The only Rool is that you should give your real name, though if you feel strongly that you don’t want to use it, your posting name.  And here’s the first one, sent by lutist Daniel Shoskes. It shows him and another regular, Peter Nothnagle, who, you might recall, wrote an epic document on the fictionality of Jesus. (Peter’s “regular” job is producing classical-music CDs.) There are two other musicians as well, though I don’t know if they’re “readers.”

Peter Nothnagle and I, faithful readers working together again to record another CD. (We have made 3 CDs together in the past. This is #4). I’m playing the Renaissance Lute. Soprano is Elena Mullins, with Rebecca Landell-Reed playing the viola da gamba. Church of the Resurrection near Cleveland, please forgive us our sins. 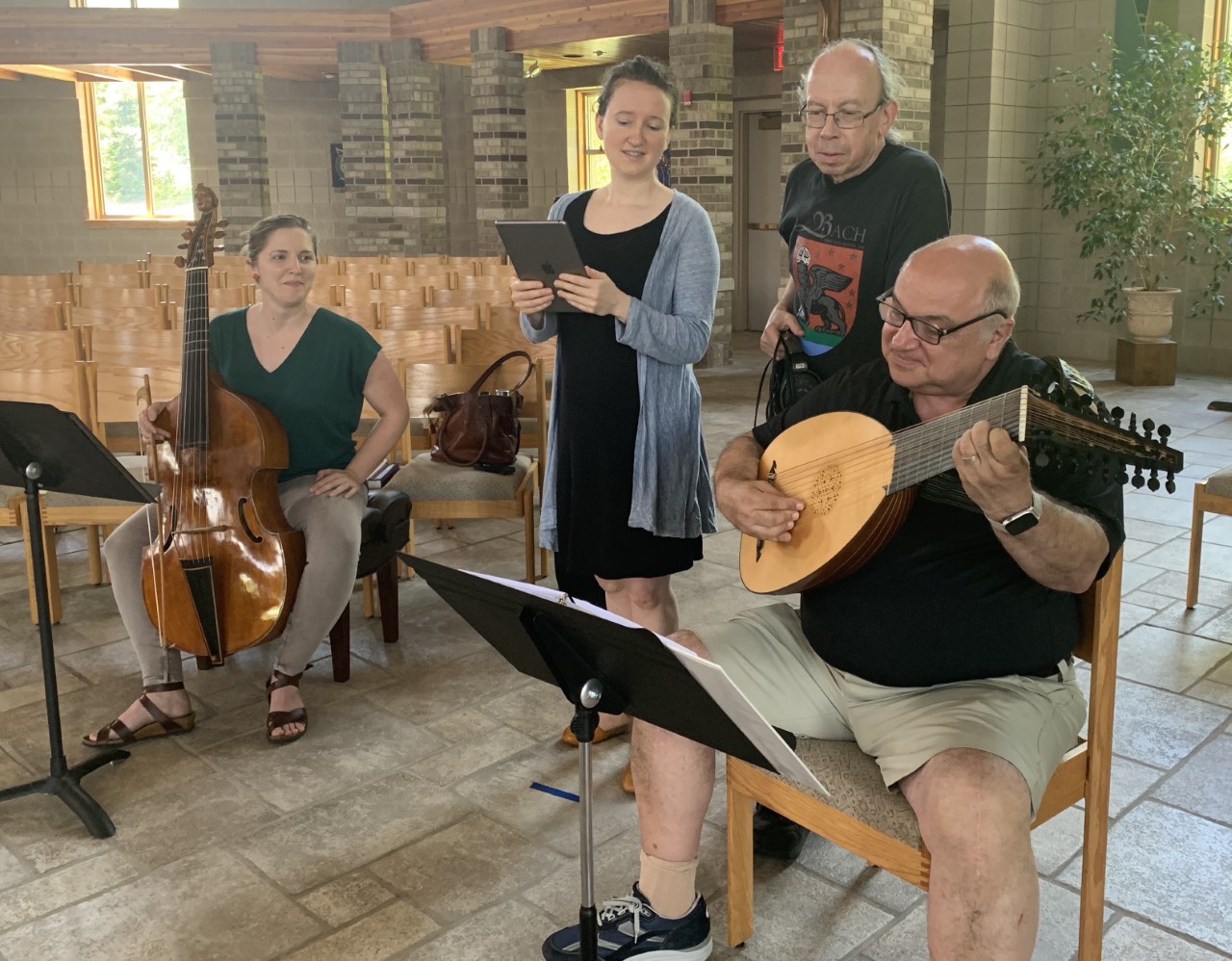 I invite readers to send similar photos, and I’ll put them up one at a time over an extended period.  Thanks!

30 thoughts on “Photos of readers”