Here’s an interesting result: gulls will not steal your food while you’re looking at them, but if you look away, even if the food is close to you, many of them try to nab it. This is SCIENCE, and is described in the following news report in Science and the original paper on which the report is based (click on the two screenshots at bottom to access either). But perhaps it’s best to just watch the video that very clearly demonstrates the “stink-eye effect”.

What intrigued me is that gulls clearly watch people’s faces and see which way they’re looking, and can respond to that cue in an adaptive way.  In other words, gulls know what a face is and what it means with respect to getting noms.

The News and Views:

The original paper from Biology Letters: 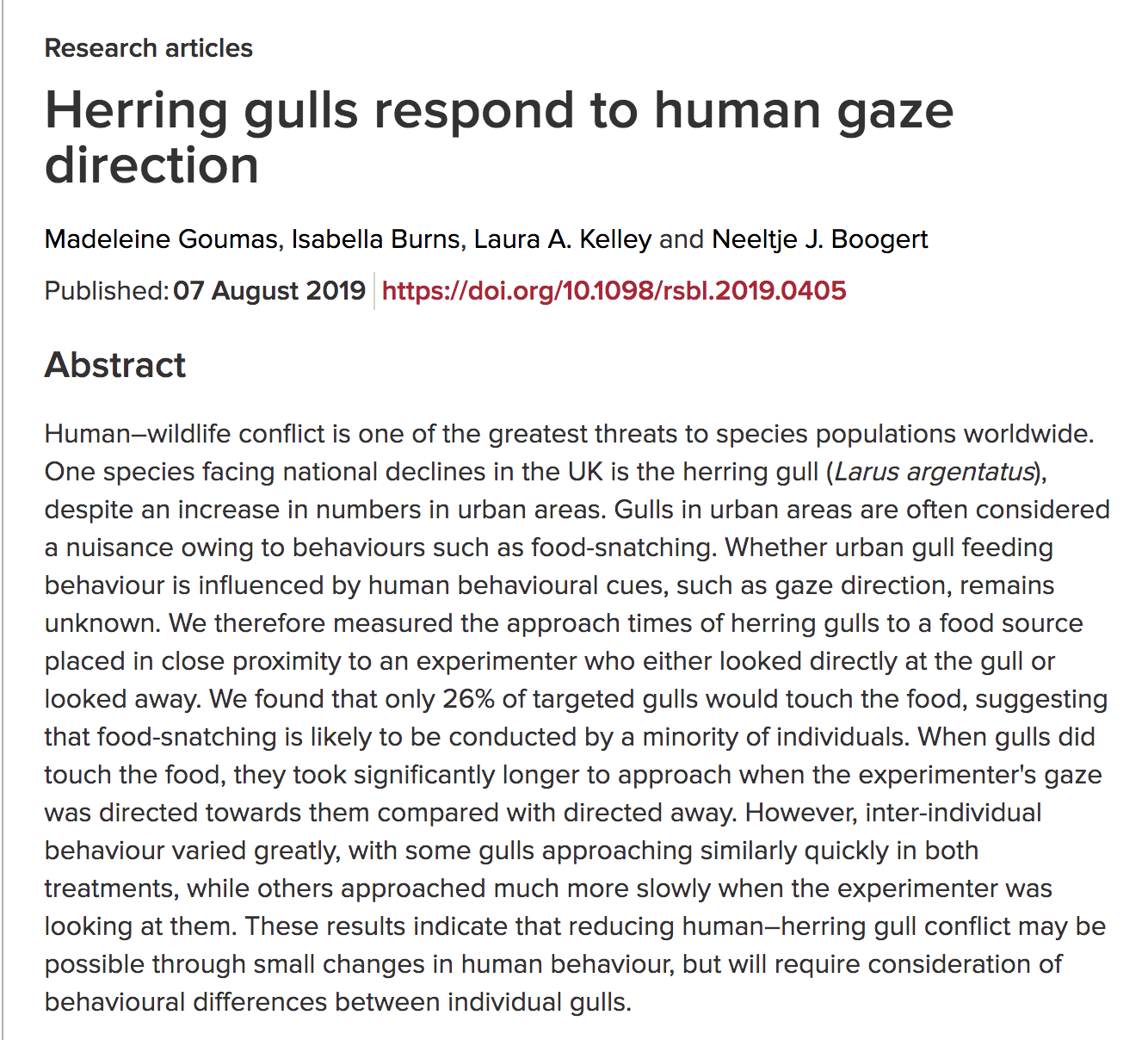