Under the Bush administration, when France refused to support the Iraq war, an incensed Republican congressman, Bob Ney, had the three House of Representative cafeterias rename their french fries as “Freedom Fries.” (“French toast” was also renamed “Freedom toast”.) He was serious, but most of us thought of it as both stupid and hilarious. Here’s a shot of the menu from back in 2003, and the name stayed for three years. 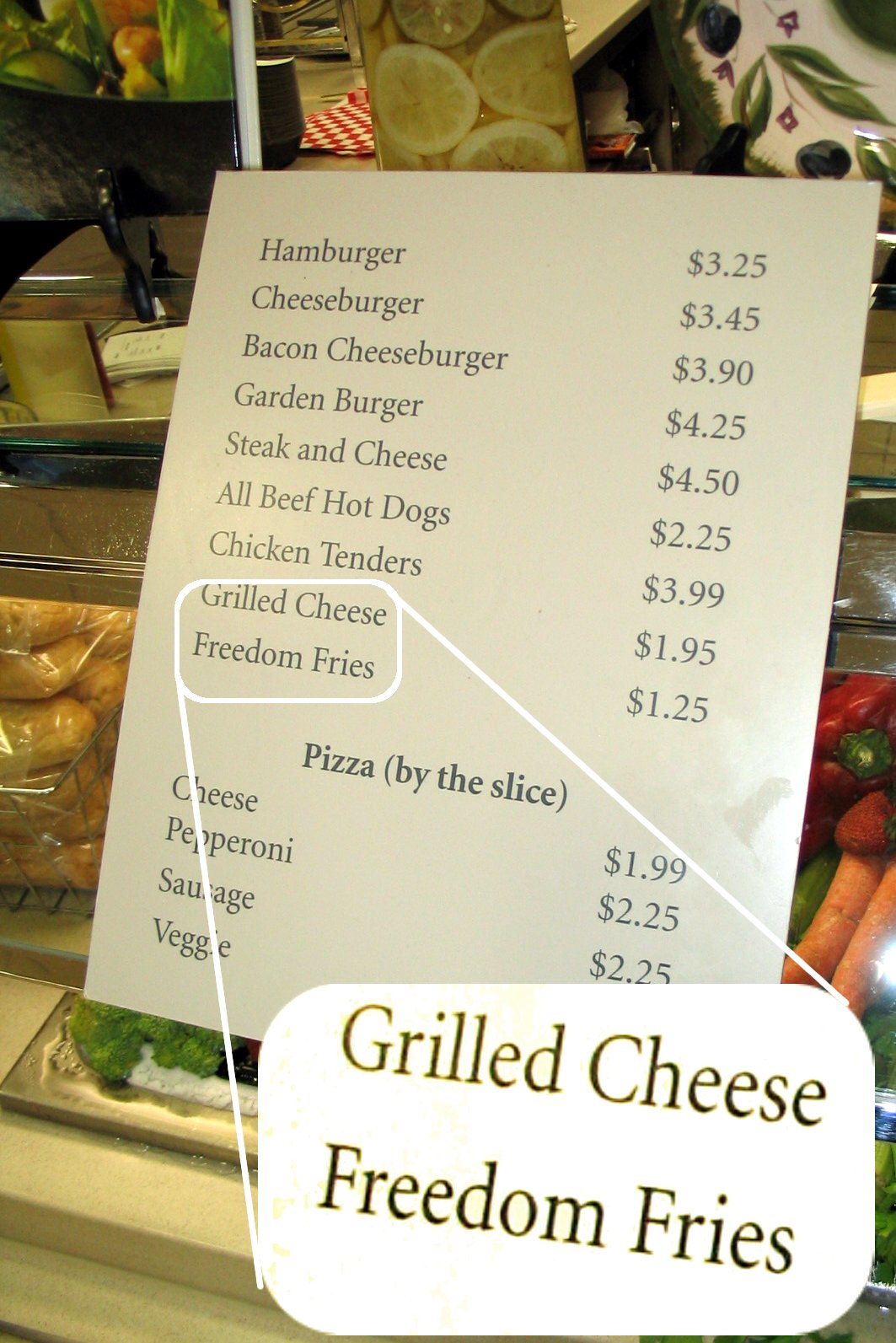 Now, however, the Trump administration is trying the euphemism trick again, but this time it’s worse, because it’s the initiative not of a single splenetic legislator, but of the Department of Energy (DOE) itself, as Forbes reports in the article below (click on screenshot):

This all comes from a DOE press release reporting an increase in natural gas exports, part of which I’ve put below: 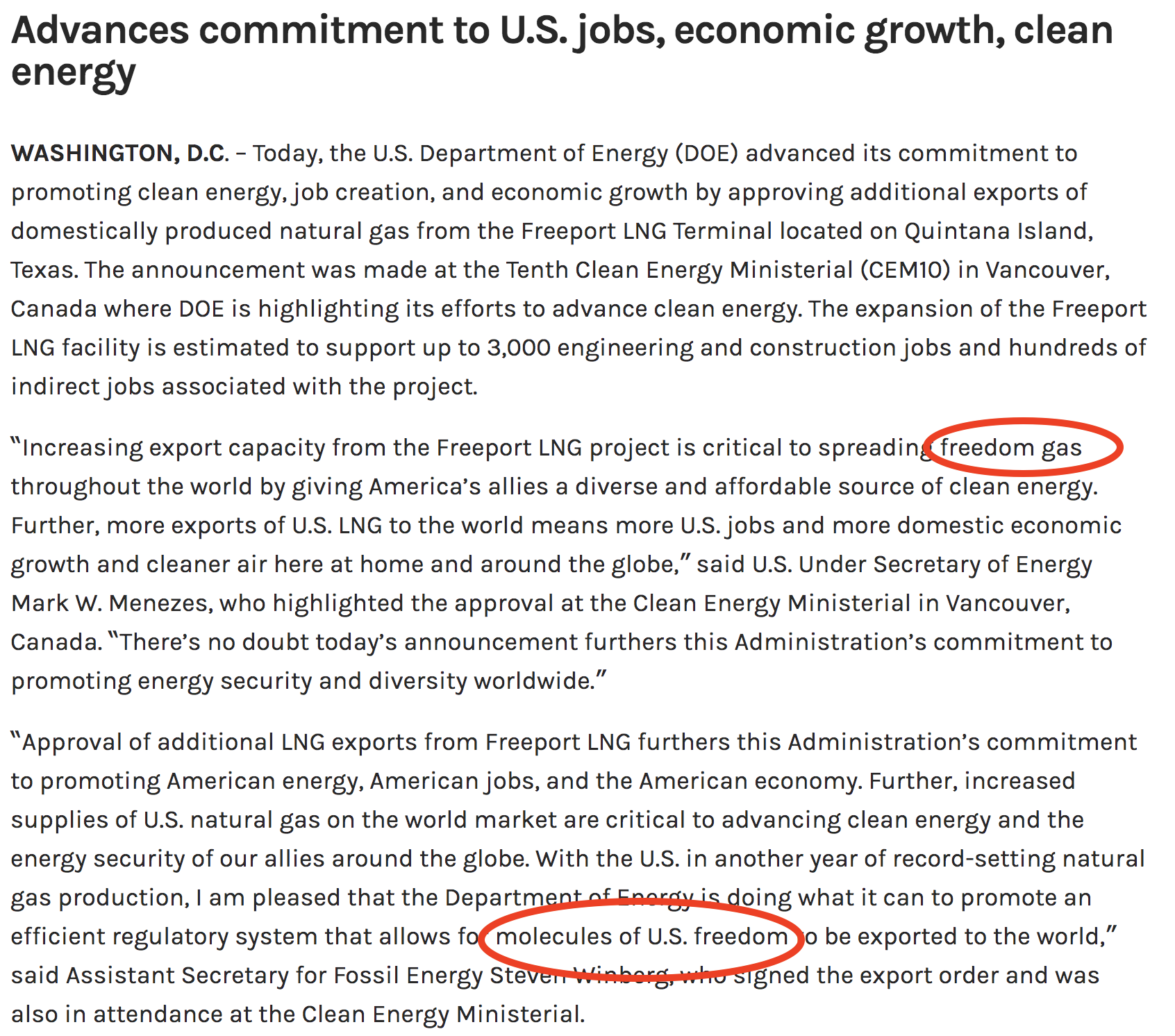 What’s the harm? Not that much, I guess, especially because it makes the DOE look dumb, and it’s so transparently ridiculous. However, it could cause some ambiguity. The greater harm is the attempt to mask a lack of a serious energy policy addressing global warming by creating ludicrous euphemisms. But I do wonder why some chowderhead hit on these names, deciding to use the word “freedom”. Remember, too, that “freedom gas” is the major part of flatulence in both humans and, especially, cows.  Methane, the “freedom gas,” contributes about 25% of manmade global warming (carbon dioxide is most of the rest).

Not everyone is on board with this, of course. As Forbes reports,

The language has been met with widespread criticism, with Jay Inslee, the Governor of Washington running for the Democratic presidential nomination with an emphasis on climate change saying: “This has to be a joke.” In a later tweet he added: “I invite @SecretaryPerry and the Department of @Energy to come to Washington state to see our freedom panels and our freedom turbines.”