Since I’ve now published in Quillette, I guess I’m not only a member of the Intellectual Dark Web, but also an alt-righter and a white supremacist. Or so the Perpetually Aggrieved might say.

At any rate, if you click on the screenshot below, or go here, you’ll see my 1900-word response to John Staddon’s essay, also in Quillette, “Is secular humanism a religion?” Staddon’s piece, which was deeply flawed and misguided, answered the title question with a “yes”, but only by re-defining religion to mean “Anything that has a moral code.”

Tired of seeing everything from atheism to science to environmentalism deemed as “religions,” I wrote a critique of Staddon’s essay on this site and tweeted it to Quillette, saying that it was perhaps the worst piece ever published on their site. They invited me to respond to Staddon. After ascertaining that they offered a soupçon of dosh, I reworked my original piece for the site and published it under a declarative title: 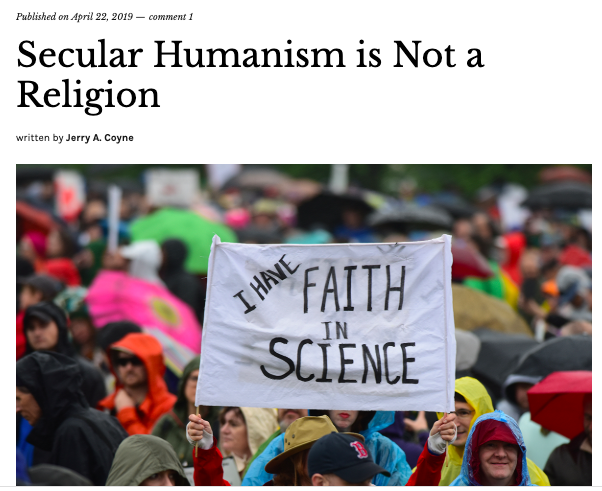 I won’t reprise the essay here; you can go to Quillette if you want to read it. All I’ll say now is that I thought my piece was pretty uncontroversial: nobody with two neurons to rub together would see secular humanism (which is, after all, secular) as a religion. Further, Staddon himself defined religion as having three parts, and admitted that secular humanism contravened two of them that involved the supernatural and divine. Writing the essay was, to me, like shooting fish in a barrel.

I guess I was mistaken in thinking that because Quillette‘s readers were used to more intellectual essays and less Internet acrimony, and were disaffected liberals, they would thus be pro-science and anti-religion. I was wrong. One theory (not mine) is that Quillette is read by many conservatives who delight seeing the pretensions of the Left being taken down. Indeed, several readers here have characterized Quillette as a right-wing site. Conservatives tend to be more religious than liberals, and thus a strain of conservatism might have engendered comments like these:

This first one is a partial comment which is too long to reproduce here, but the reader needs to look at Hebrews 11:1: “Now faith is the substance of things hoped for, the evidence of things not seen.” 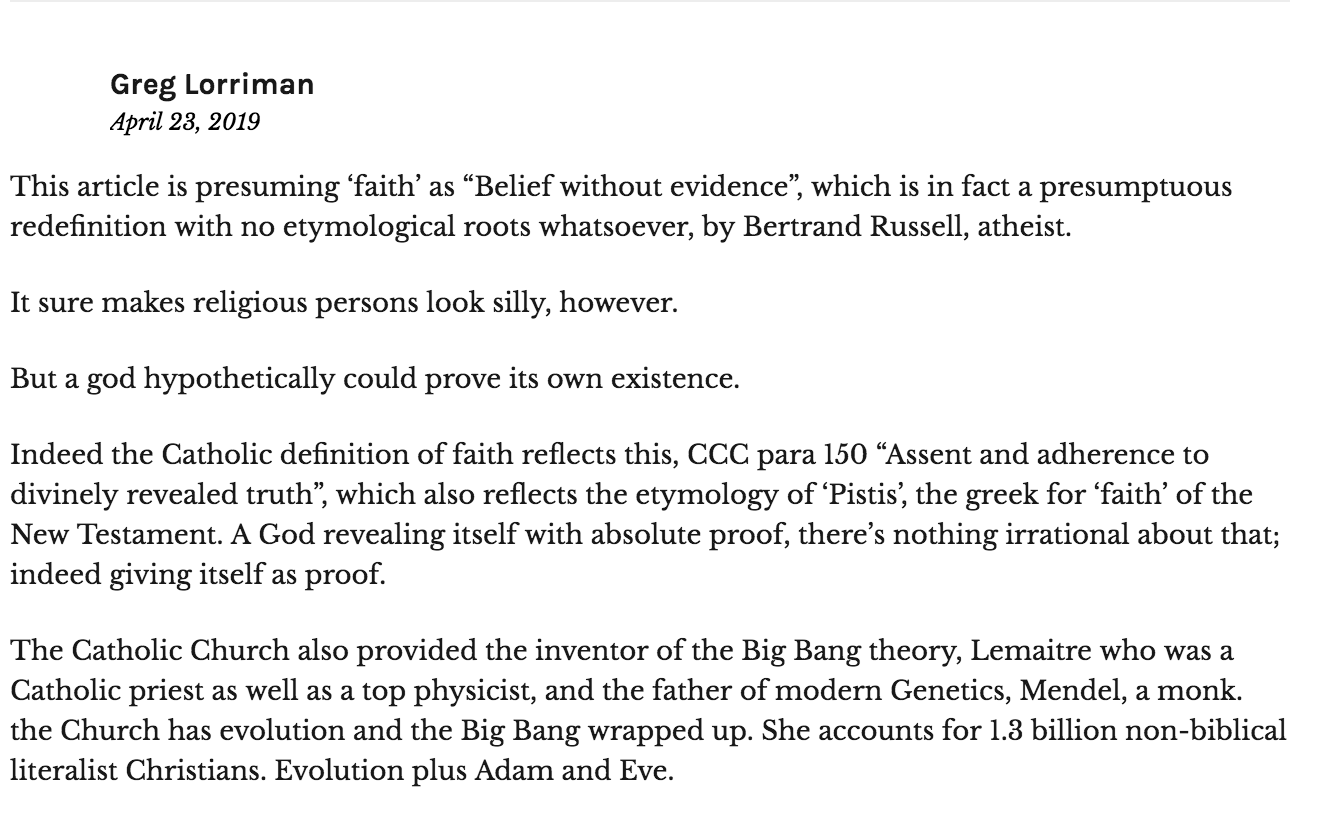 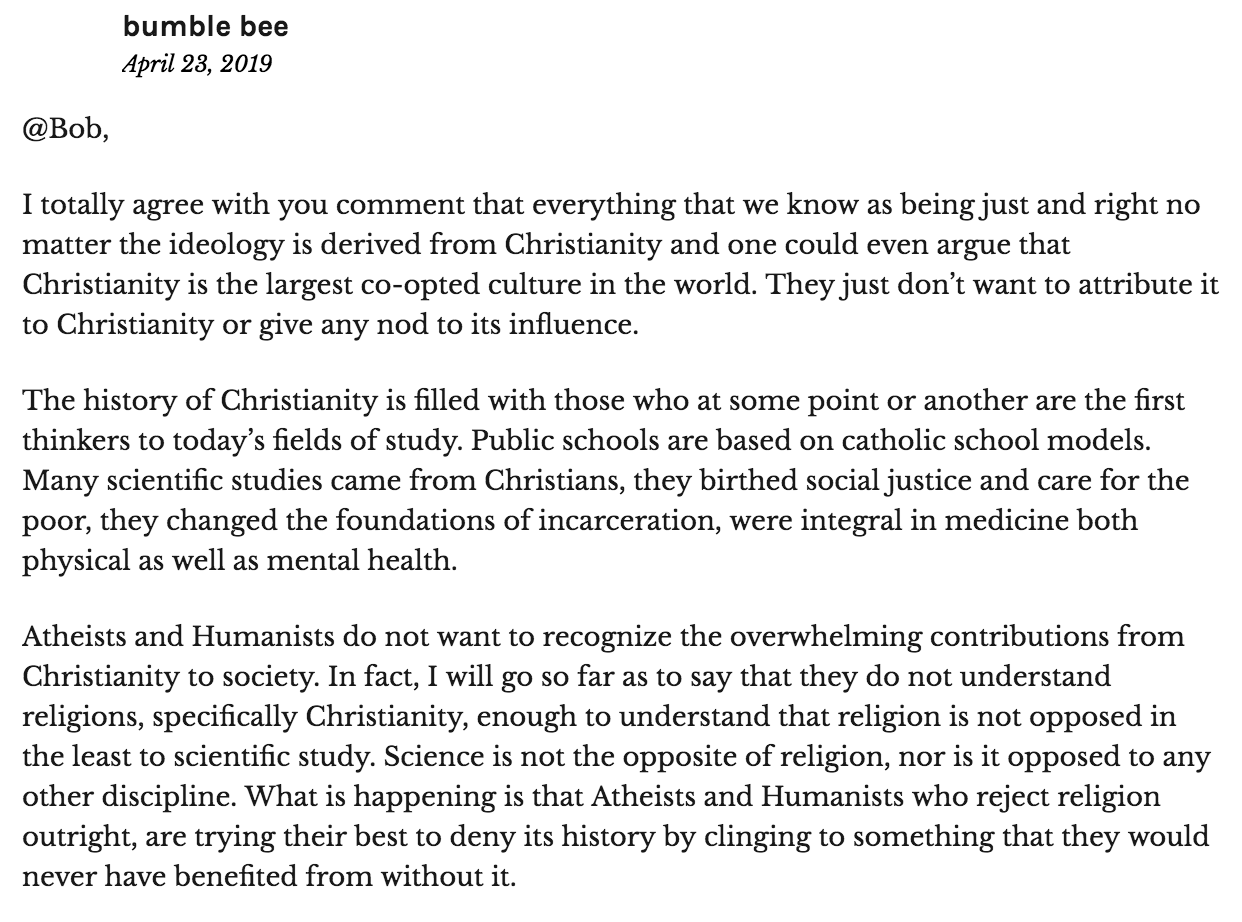 This is a good one: the reader not only misunderstands science, but disses scientists as having “bland and uninteresting lives.” 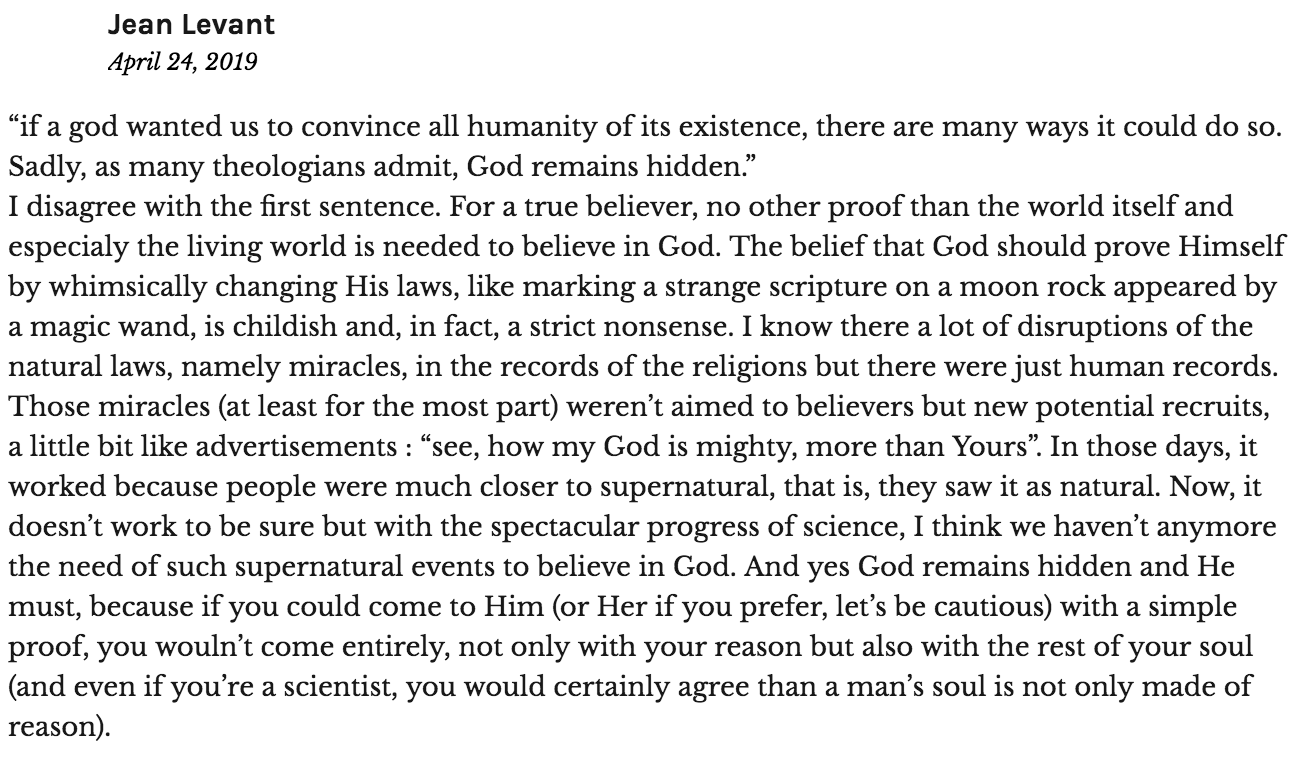 And with these I’ll pass on. But I’ll add that there are also some very good rebuttals of these arguments—some by readers on this site. The discussion is not as riddled with ad hominems as that on many other sites, so you might enjoy going over there and doing battle with the apologists or science-dissers.

113 thoughts on “My article in Quillette: A rebuttal of John Staddon’s claim that secular humanism is a religion”