Well, we made it to August, as today is Wednesday, August 1, 2018. It’s also National Raspberry Cream Pie Day, celebrating a dessert I’ve never tasted. In England it’s Yorkshire Day, so I’m compelled by the laws of physics to show this classic Python clip:

News tweet from Grania re Trump and his most recent outrageous pronouncement. I am still amazed that this man is the leader of our nation. History will not, to put it mildly, judge him kindly.

Collusion is not a crime, but that doesn’t matter because there was No Collusion (except by Crooked Hillary and the Democrats)!

And the response from a professor of political science at Pusan National University in Korea:

This strikes me as a pretty serious moving of the goal posts, especially given that Trump’s instinct when cornered is to double-down. He’s almost certainly in real trouble if he’s saying this himself now, rather than just Giuliani or Carlson. https://t.co/SDyL0Wkr6X

Today’s Google Doodle celebrates the 108th birthday of Gerda Taro (1 August 1910 – 26 July 1937), a German photographer famous for covering the Spanish Civil War. Her photo is below the Doodle. She died at only 26, killed in a tank/car collision in that war. 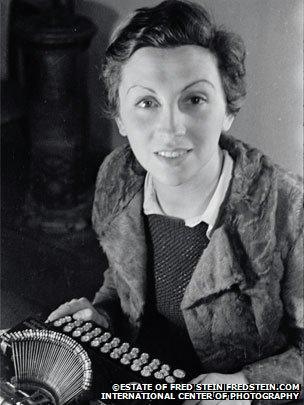 A photograrph Taro took in 1937 of two Republican soldiers next to a wall covered with Nationalist slogans. Read more about her at the BBC article about her life. 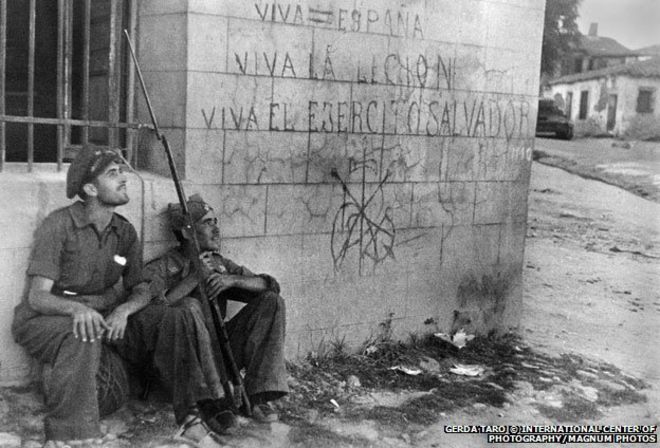 On this day in 527, Justinian I became the sole ruler of the Byzantine Empire. On August 1, 1774, the chemist Joseph Priestly (re)discovered oxygen gas, which had already been discovered by the German-Swedish chemist Carl Wilhelm Scheele. On this day in 1800, the “Acts of Union 1800” were passed, merging the Kingdom of Great Britain and the Kingdom of Ireland into the United Kingdom of Great Britain and Ireland. Big trouble ensued.  But 34 years later to the day, slavery was abolished in the British Empire, three decades before it happened in the United States.  On August 1, 1893, Henry Perky patented shredded wheat. Here’s a Nestlé ad featuring the inventor. (By the way, try frying shredded wheat according to this video. Has anybody had that?)

On August 1, 1936, “Hitler’s Olympics” opened in Berlin. Eight years later, the Warsaw Uprising against the German occupation broke out in Poland. It failed miserably and thousands of Poles were killed, though the uprising—the biggest civilian rebellion against the Nazis—might have succeeded had the approaching Russians helped the resisters. Some historians think that Stalin held back the Red Army so that that Polish Resistance would be destroyed.  On August 1, 1966, Charles Whitman, firing a rifle from a tower at the University of Texas, killed 16 people before he was killed by police On this day in 1971, the Concert for Bangladesh, organized by George Harrison, took place at Madison Square Garden in New York City. There were actually two concerts on that day, both featuring Harrison, Ringo Starr, Eric Clapton, and Bob Dylan, as well as other rock luminaries. Exactly ten years later, MTV broadcast its first program in the U.S. Its first video? “Video Killed the Radio Star” by The Buggles. Finally, this was the day in 2008 that 11 mountaineers died on K2 (the world’s second highest mountain)

Notables born on this day include biologist Jean-Baptiste de Larmarck (1744), now famous for his discredited theory of heredity but who had many other accomplishments. This tweet (h/t Matthew) celebrates his birthday.

Meanwhile in Dobrzyn, Hili is making sport of Cyrus as they return from walkies, for Cyrus can’t get through the gate unless it’s opened by Andrzej:

Hili: We don’t have to wait for him. Let’s go home.
Cyrus: Don’t be such a smarty pants. 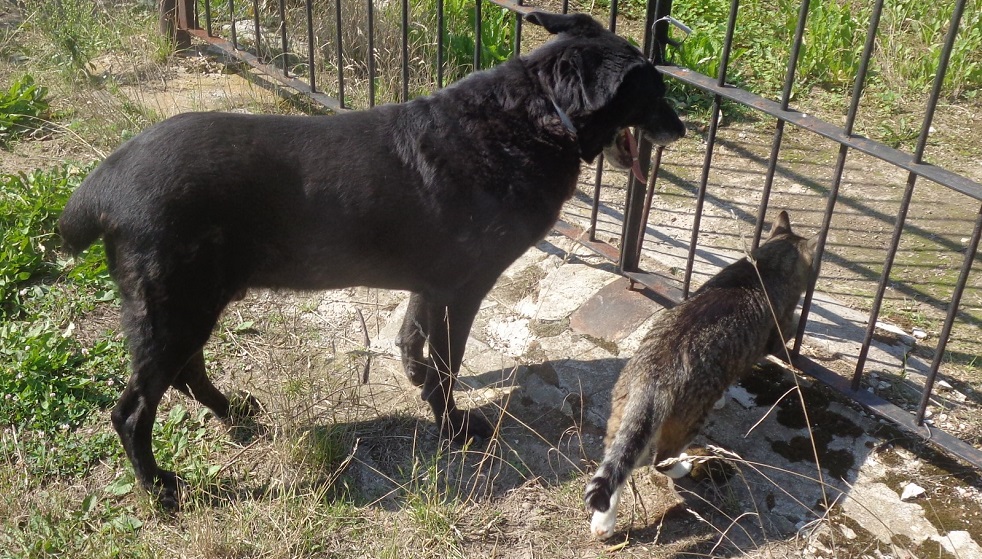 A tweet from Grania about yesterday’s National Orgasm Day in the U.S., U.K., and Australia:

This fact might surprise you. I am cutting back on my consumption of all meat, but I’m still a bit of a hypocrite. I do my best.

What covers the most land in America?

Meat. Lots and lots of meat — as grazing land, or land used to grow animal feed.

Over 40% of the entire country.

Read the heartwarming thread about the rescue of these two baby birds:

This is not helpful pic.twitter.com/REYcAF6iRq

If you want to see what this is a photograph of, click on the original tweet and then read the thread:

This strangely beautiful scene had me flummoxed for a while. So, what is it and what's happening? The answer tonight 😁 #naturalhistory #wildoz pic.twitter.com/B71Sp9y27I

A lovely picture with a cryptic moth. I’m sure you can spot it, but it’s not bloody obvious:

A brave and tenacious beetle (read the thread after the tweet).

Tweets from Heather Hastie showing the New Zealand Department of Conservation’s new uniforms. Her cousin Lucy Ferguson, who works for the organization, is the first woman in the video.

We work in tough and diverse conditions from the mountains to the sea. From today, we’re rolling out a new ranger uniform fit for NZ’s conditions. #WorldRangerDay https://t.co/AfHMPDBHVU pic.twitter.com/eooiWDU1xa

I love orchid bees, which are obligatory pollinators of many orchid species. Look at the tongue on this bee, and at its colors!

Orchid bees are known for their long tongues, which are perfect for sipping pollen from the narrow necks of orchids in the S. American neotropics. Orchids & bees have evolved close relations over time—flowers even have a specialized way of transferring their pollen via bee! pic.twitter.com/IEqczDiGbb

Billions of birds migrate. Where do they go? This is the annual heartbeat of four North American bird migration patterns https://t.co/wi2ErqtJAD pic.twitter.com/E78JCmUT7n

A new method of firefighting. Maybe it can be used to somehow rescue those trapped in high-rises:

Have a butchers at this playful tiger!