This post will undoubtedly be banned in Pakistan, no peace be upon that vile regime and its oppressive faith. Today’s Jesus and Mo, called “stand”, was inspired by the tweet below:

"Don't treat Islam as a monolith." – @CraigCons
Small print: Unless it's to treat it as monolithically peaceful. And just. And merciful… pic.twitter.com/iixgNeiW4p

And so Mo puts the tweet in comic form: 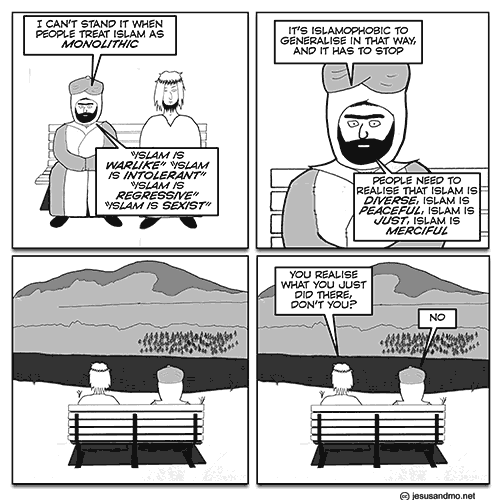 Note to those Muslims who will report this post to their government (even though my entire site is supposed to be banned): lighten up! Your faith is a fiction, your offense risible.