Stephen Barnard from Idaho has sent some diverse photos, including an unusual montage. His notes are indented. 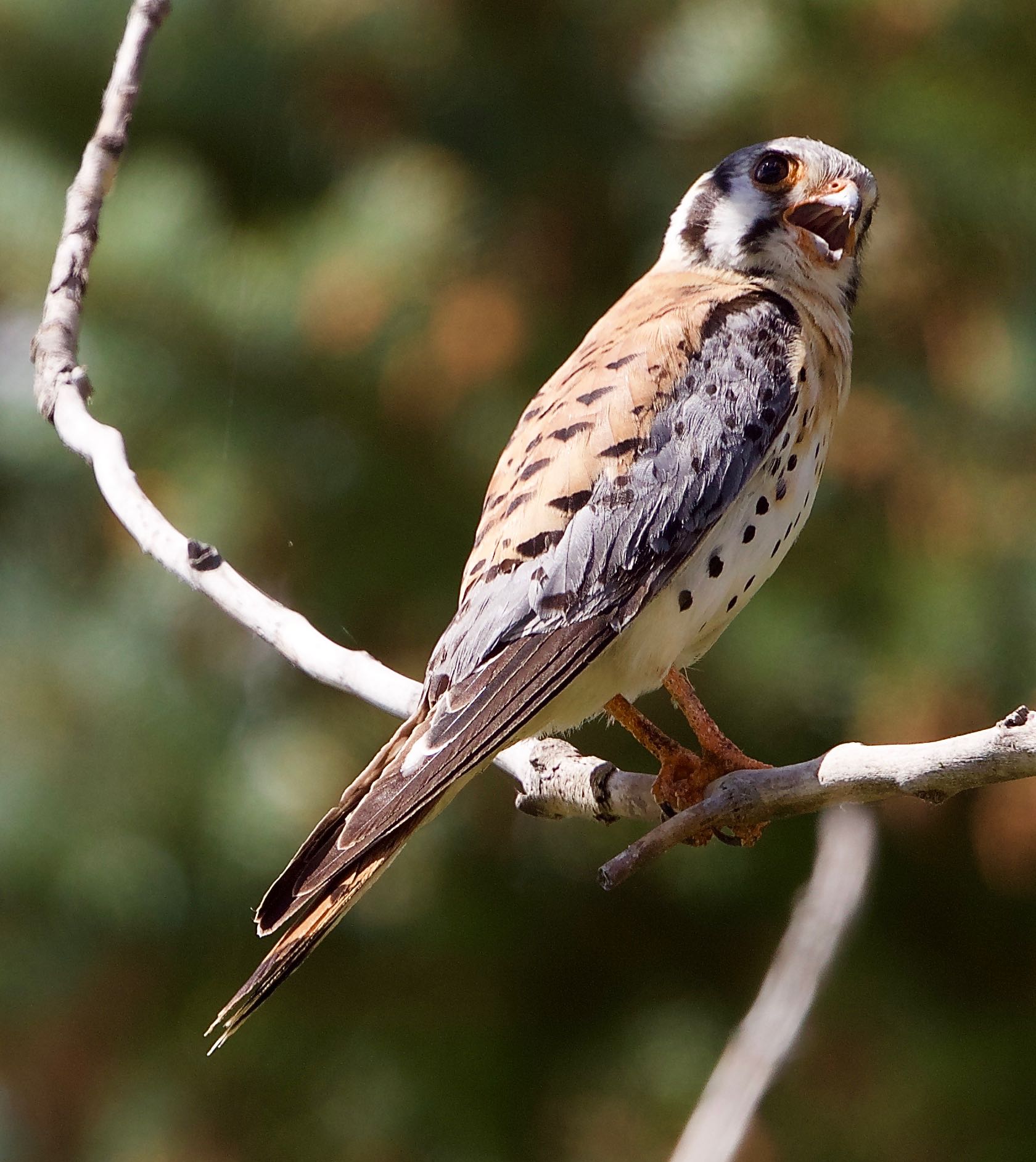 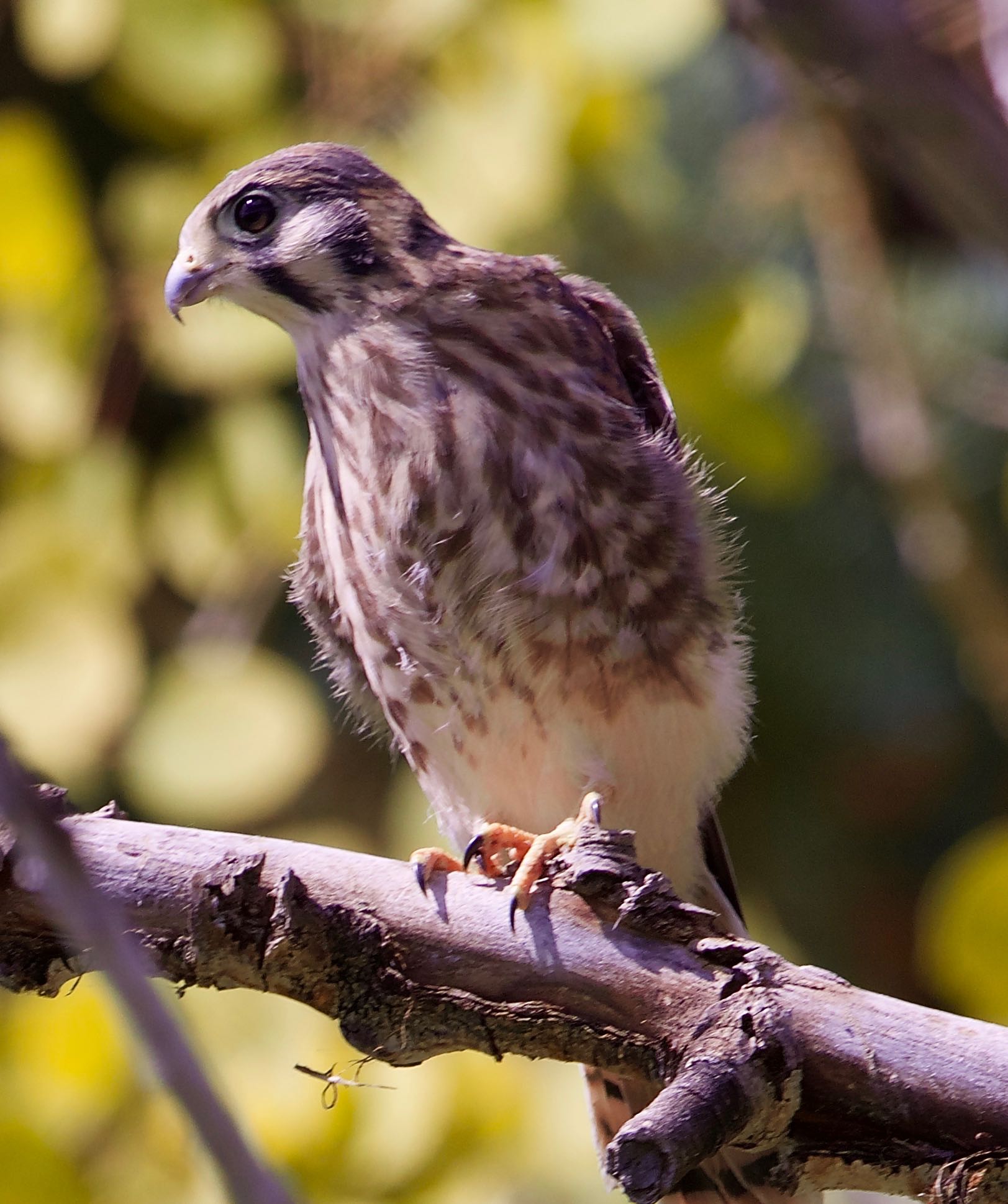 There are at least three kestrel fledglings, and probably at least four. I think that’s Natasha [the mother] up high and the other four are chicks. They’re being harassed by barn swallows. 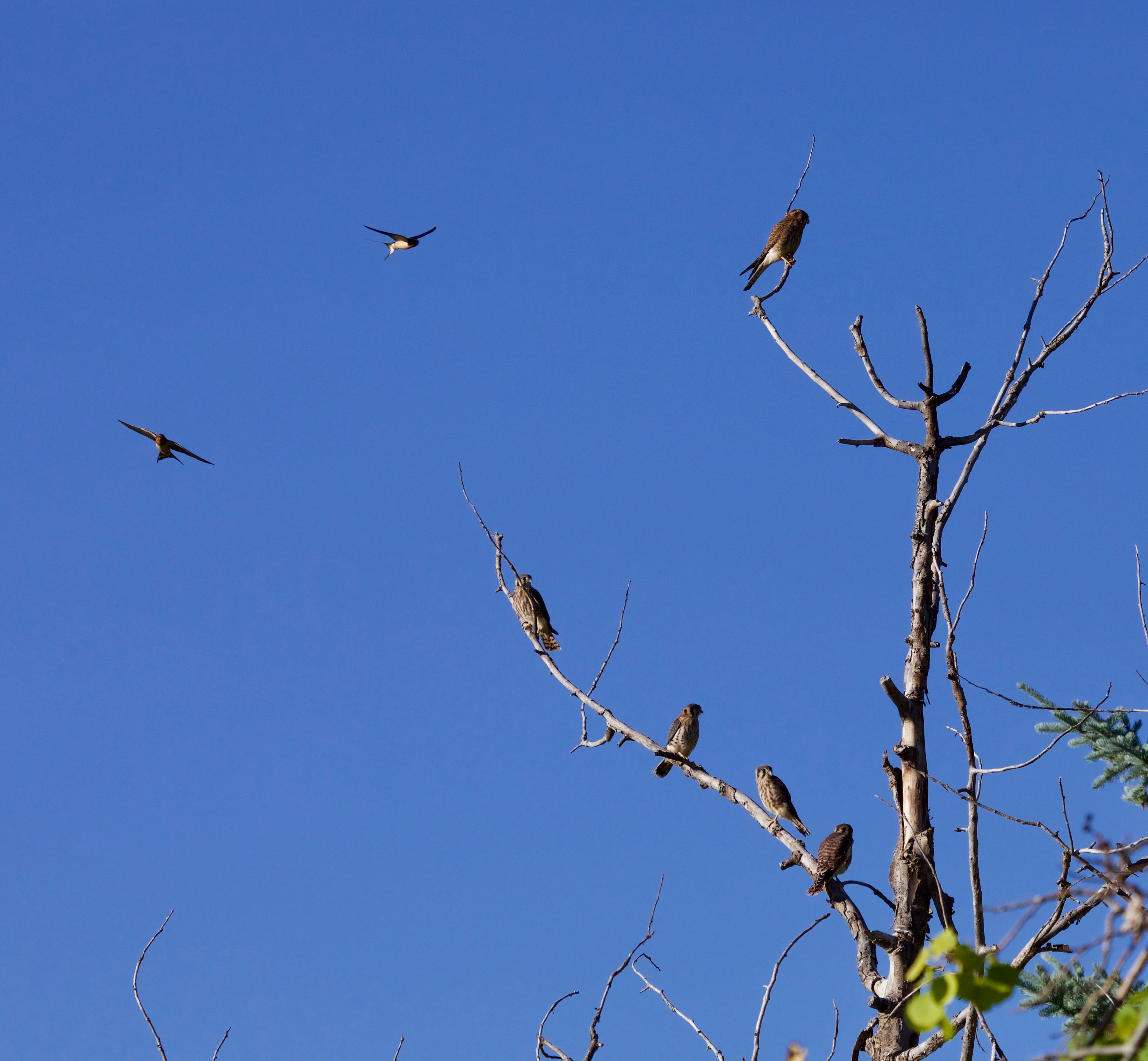 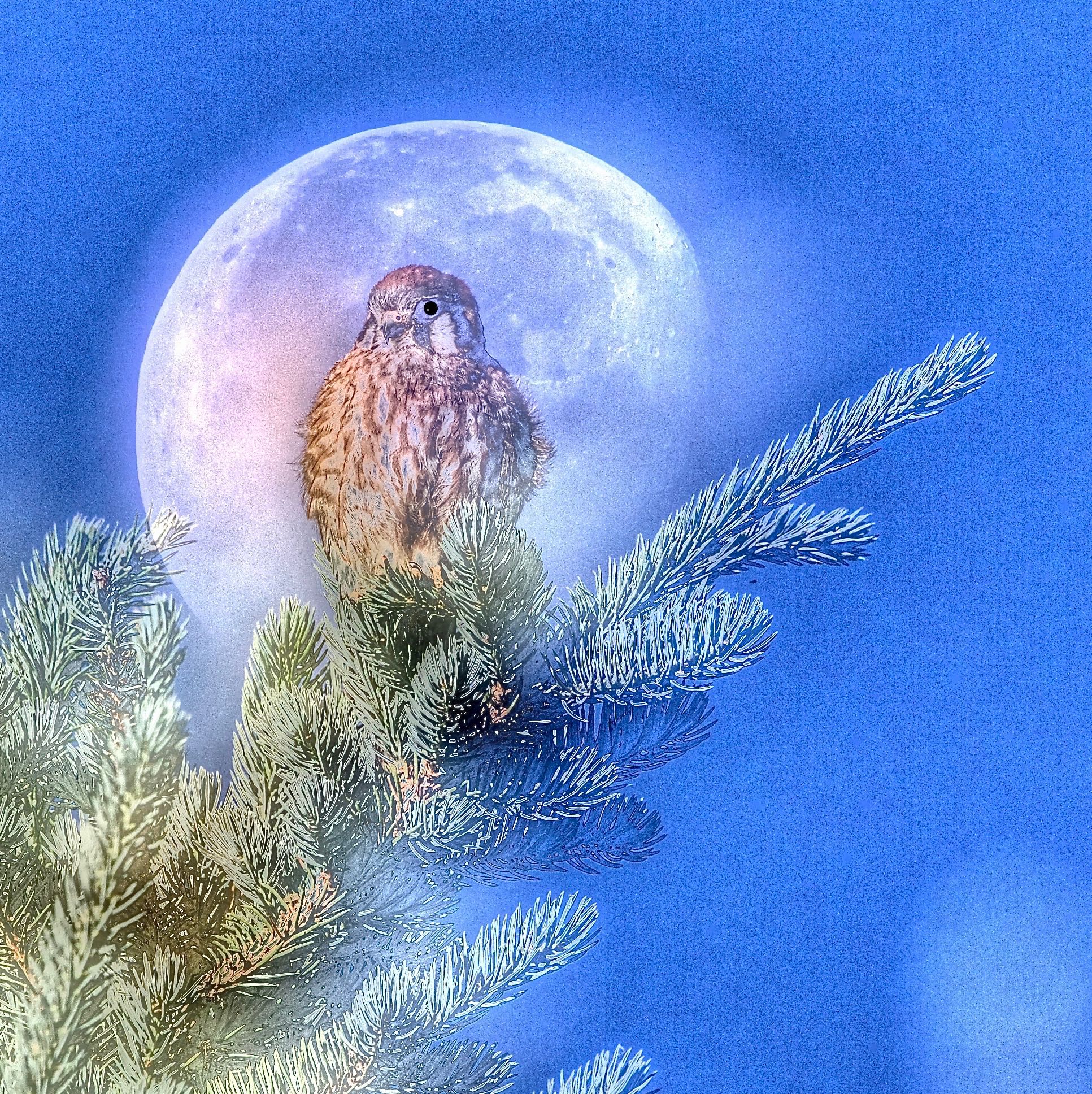 A rare insect photo from me: a Western Tiger Swallowtail (Papilio rutulus): 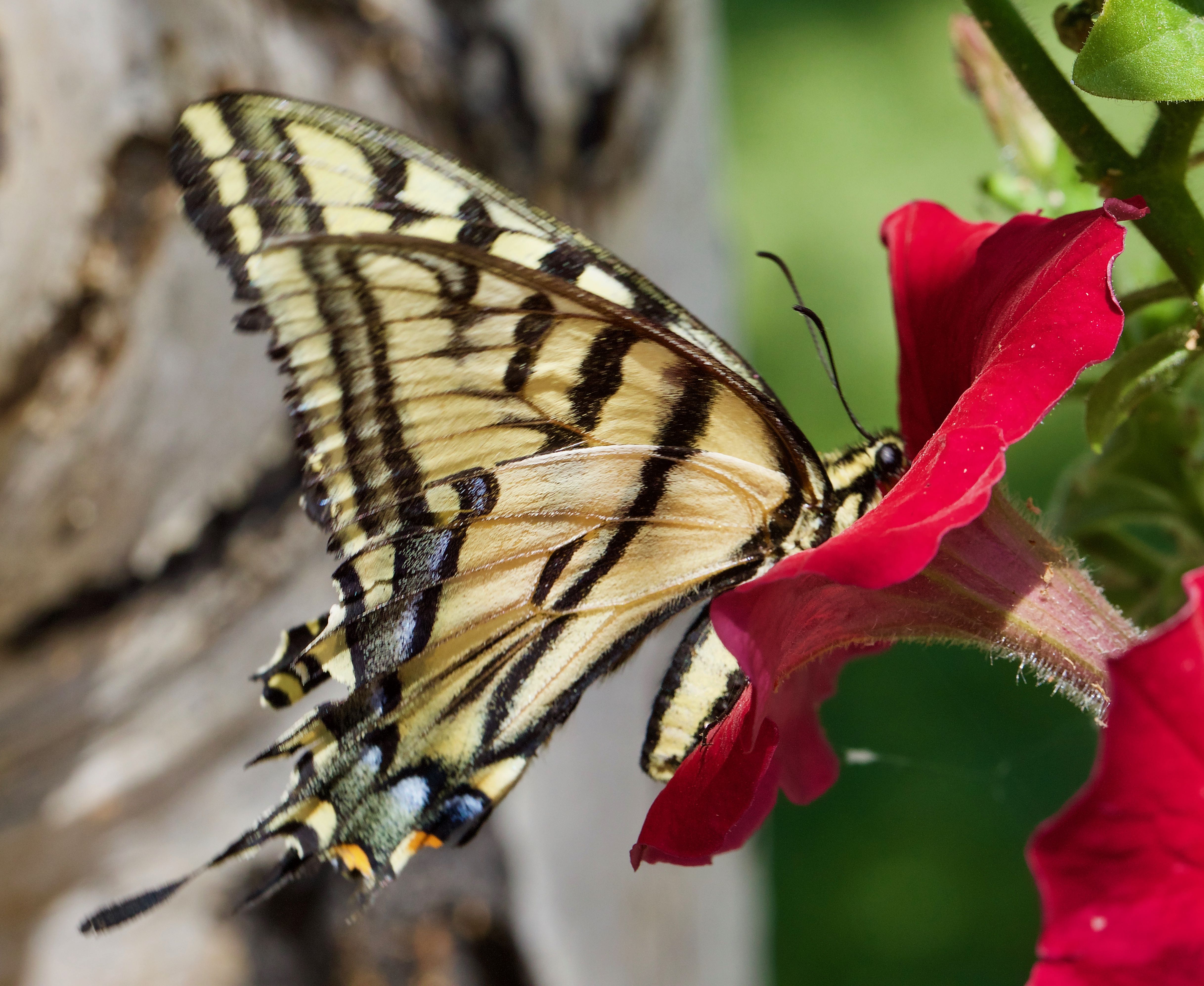 Here’s another insect photo. These are trico spinners. Tricos are tiny mayflies that mate in the morning in huge swarms and then fall dead into the water. The trout go bananas, abandoning their territoriality to gather in pods at the optimal places to slurp tricos. It makes for very good fishing. I’ve attached a couple of photos of a rainbow trout [Oncorhynchus mykiss] in the act of eating a trico. Also, a pretty big rainbow trout (21″) that took a trico imitation. Finally, a closeup of the trout’s eye, showing a reflection of the sky and the creek bank. 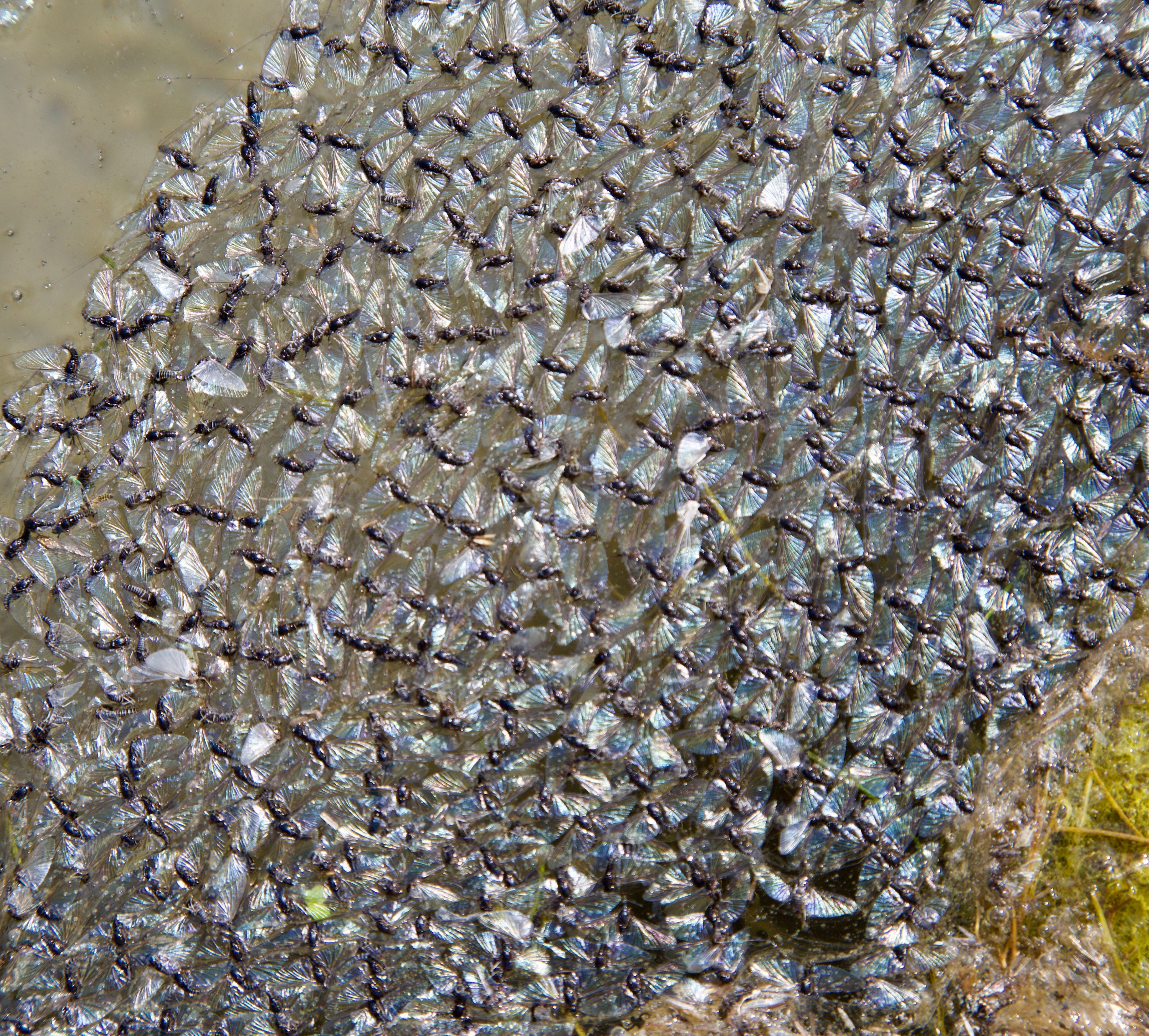 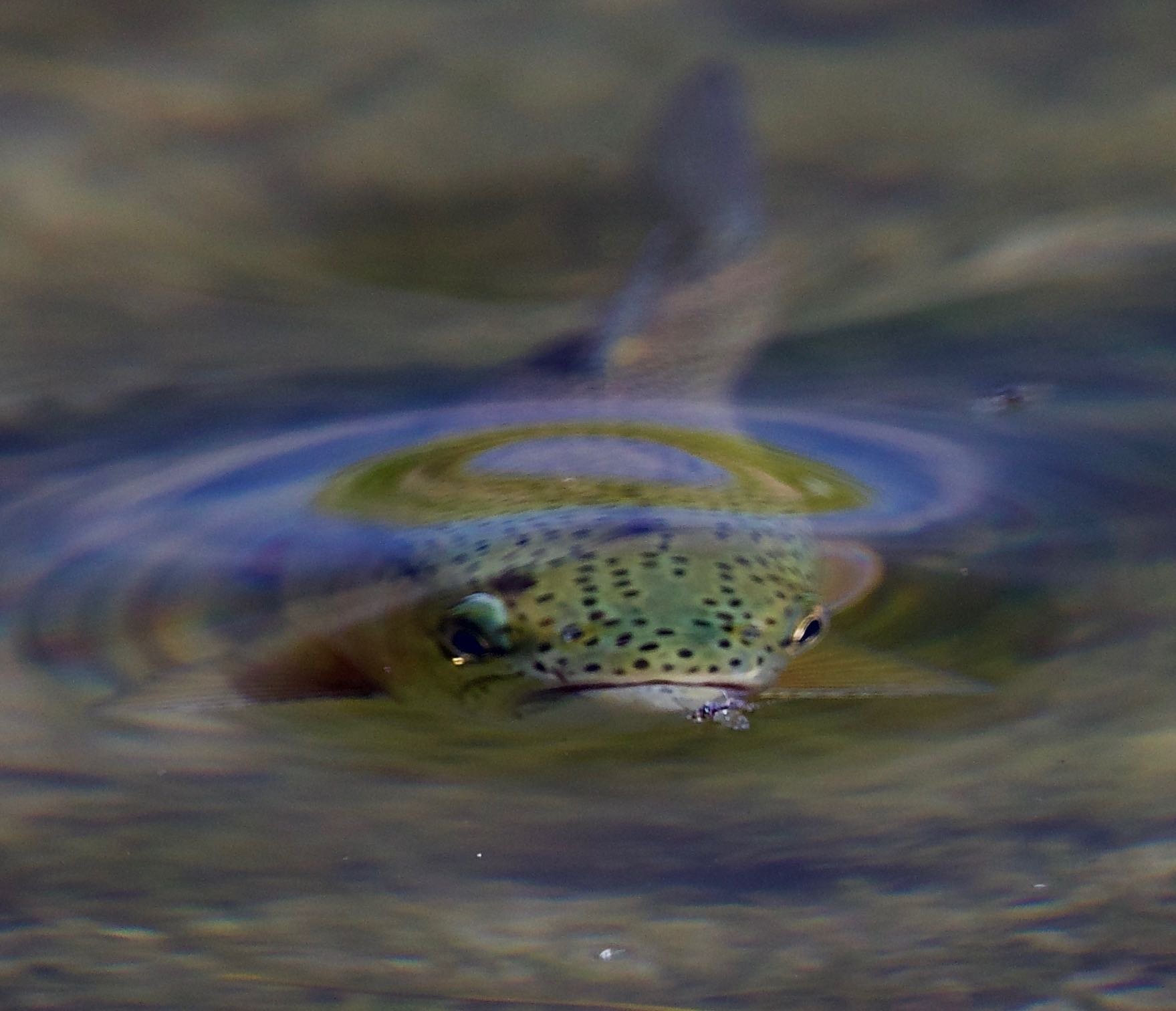 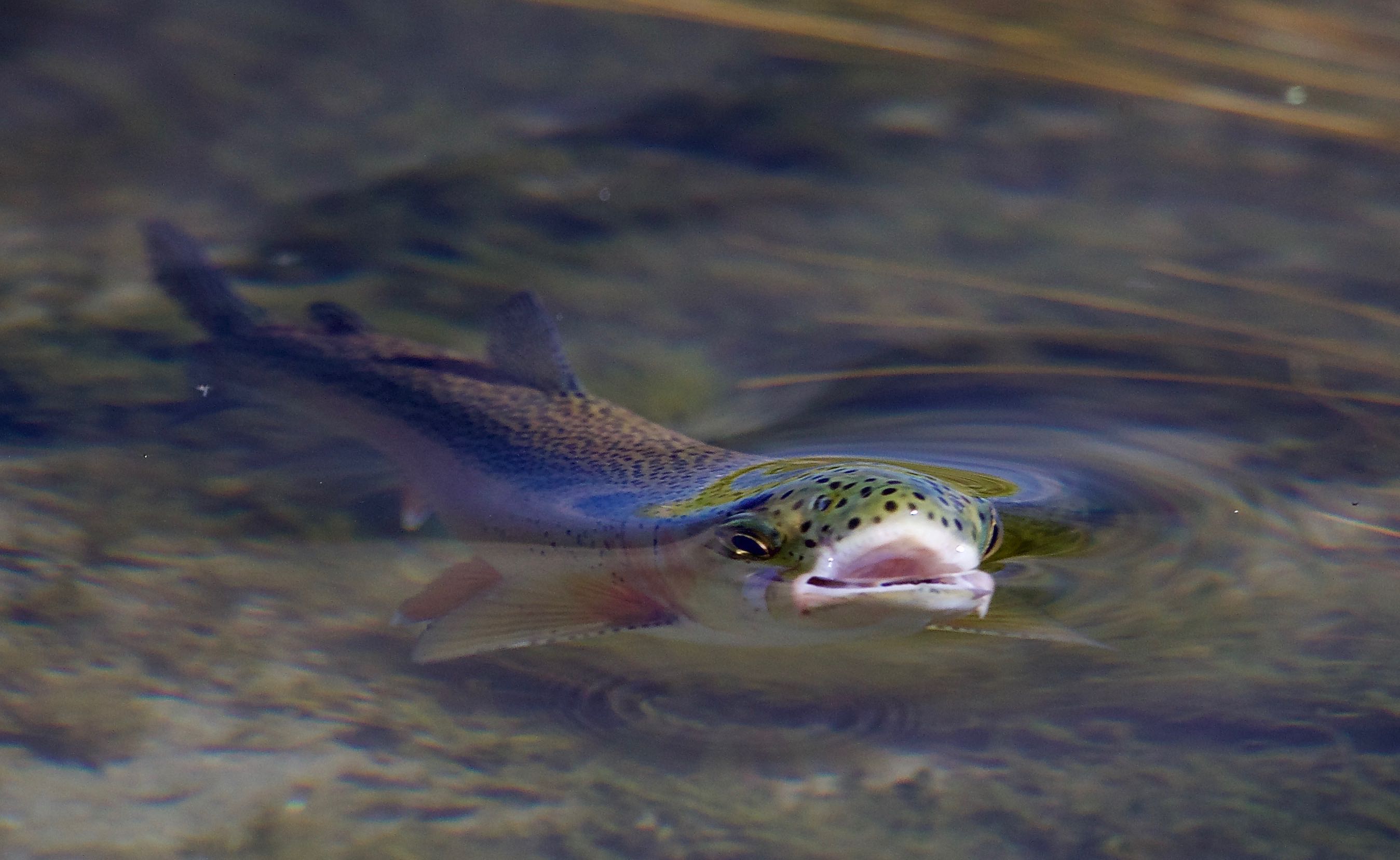 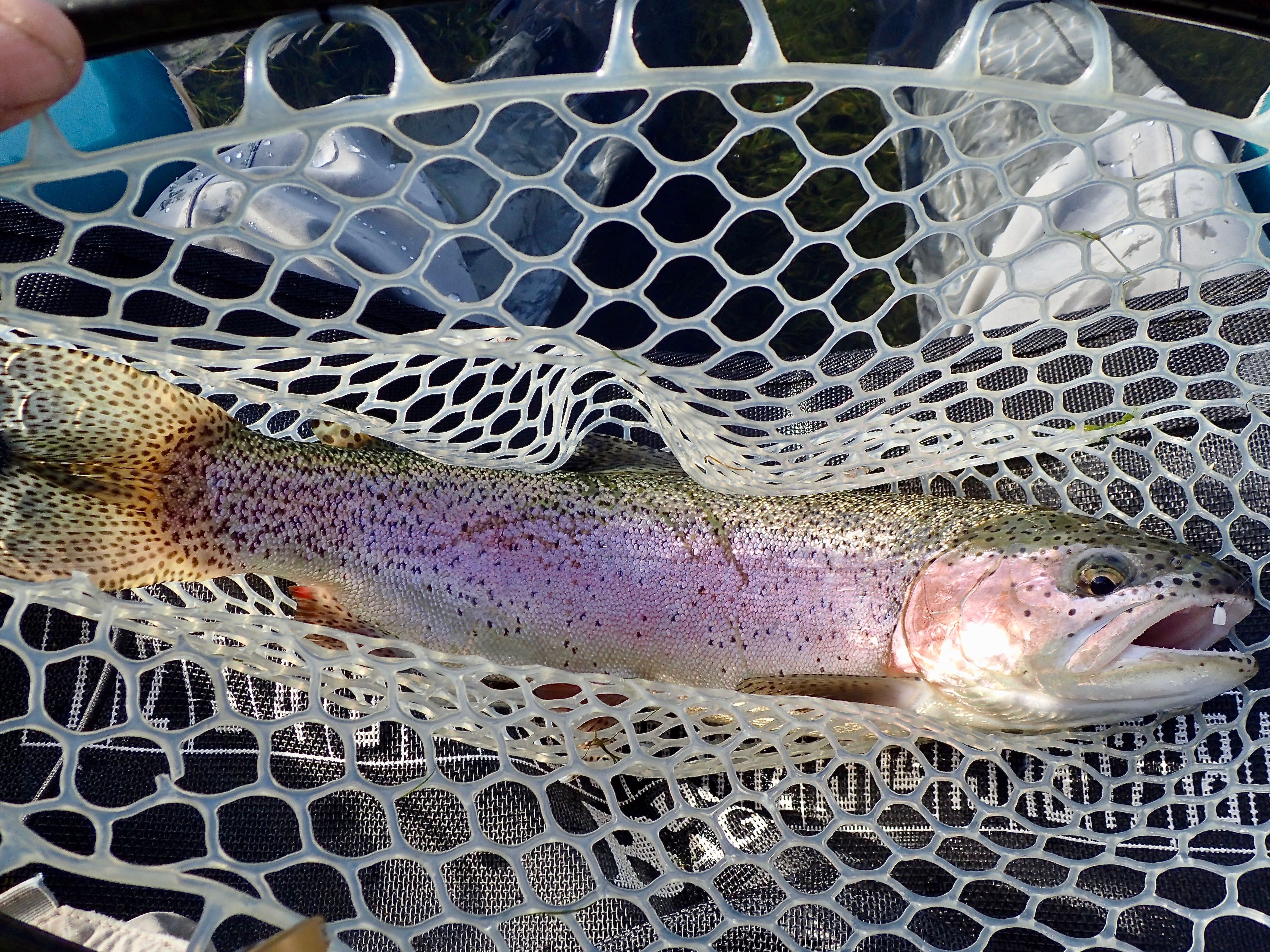 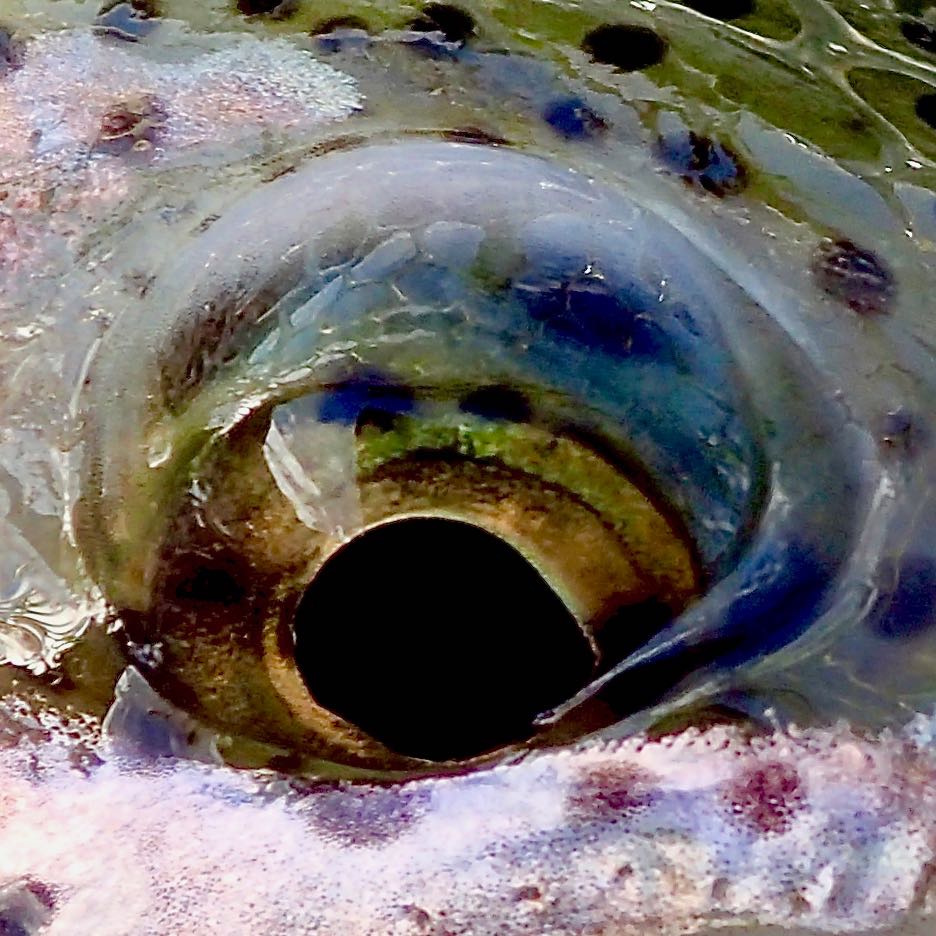