I’m back, and many thanks to the diligent Grania who filled in for me for five or six days. Today happens to be Wednesday, July 11, and it’s National Blueberry Muffin Day. If you’re in the U.S., it’s “Free Slurpee Day“: as Wikipedia notes, “Small-size Slurpees are free on “7-Eleven Day”, on July 11.” If you’re near a 7-11, try your luck.

On this day in 1576, Martin Frobisher, during an attempt to force the Northwest Passage over North America, sighted the southeast tip of Greenland, but did not land there. On July 11, 1735, according to Wikipedia,  “Mathematical calculations suggest that it is on this day that dwarf planet Pluto moved inside the orbit of Neptune for the last time before 1979.”  Note that PLUTO IS A PLANET!  On July 11, 1804, in a duel between Vice President of the U.S. Aaron Burr and former Secretary of the Treasury Alexander Hamilton, Hamilton was fatally wounded: the end of a great mind.  On this day in 1893, Kokichi Mikimoto obtained the first cultured pearl. Or so Wikipedia says, but if you look up Mikimoto’s bio, you’ll see that another man had not only obtained a cultured pearl, but also a patent for making them, four years earlier. Wikipedia, get your act straight! On July 11, 1914, Babe Ruth made his debut in Major League Baseball, pitching for the Boston Red Sox. On this day in 1924, Eric Liddell, the “muscular Christian” in the movie Chariots of Fire, won a gold medal at the Paris Olympics in the 400 m run, but didn’t run in the heats for the 100 m dash as those were on Sunday. Here’s Liddell, an underdog, winning the 400; the film also shows his rival, the Jewish athlete Harold Abrahams:

On this day in 1960, the novel To Kill a Mockingbird, by Harper Lee, was first published in the United States. It now faces countrywide banning for the use of the “n word”, a travesty of Pecksniffism. Finally, exactly 12 years later, the epic chess match for the World Championship of 1972 began, pitting challenger Bobby Fischer against defender Boris Spassky. Fischer won.

Meanwhile in Dobrzyn, Hili disses the neighbors (I hope they don’t read Listy!):

Cyrus: Does stupidity have limits?
Hili: Ours does but our neighbour’s stupidity doesn’t. 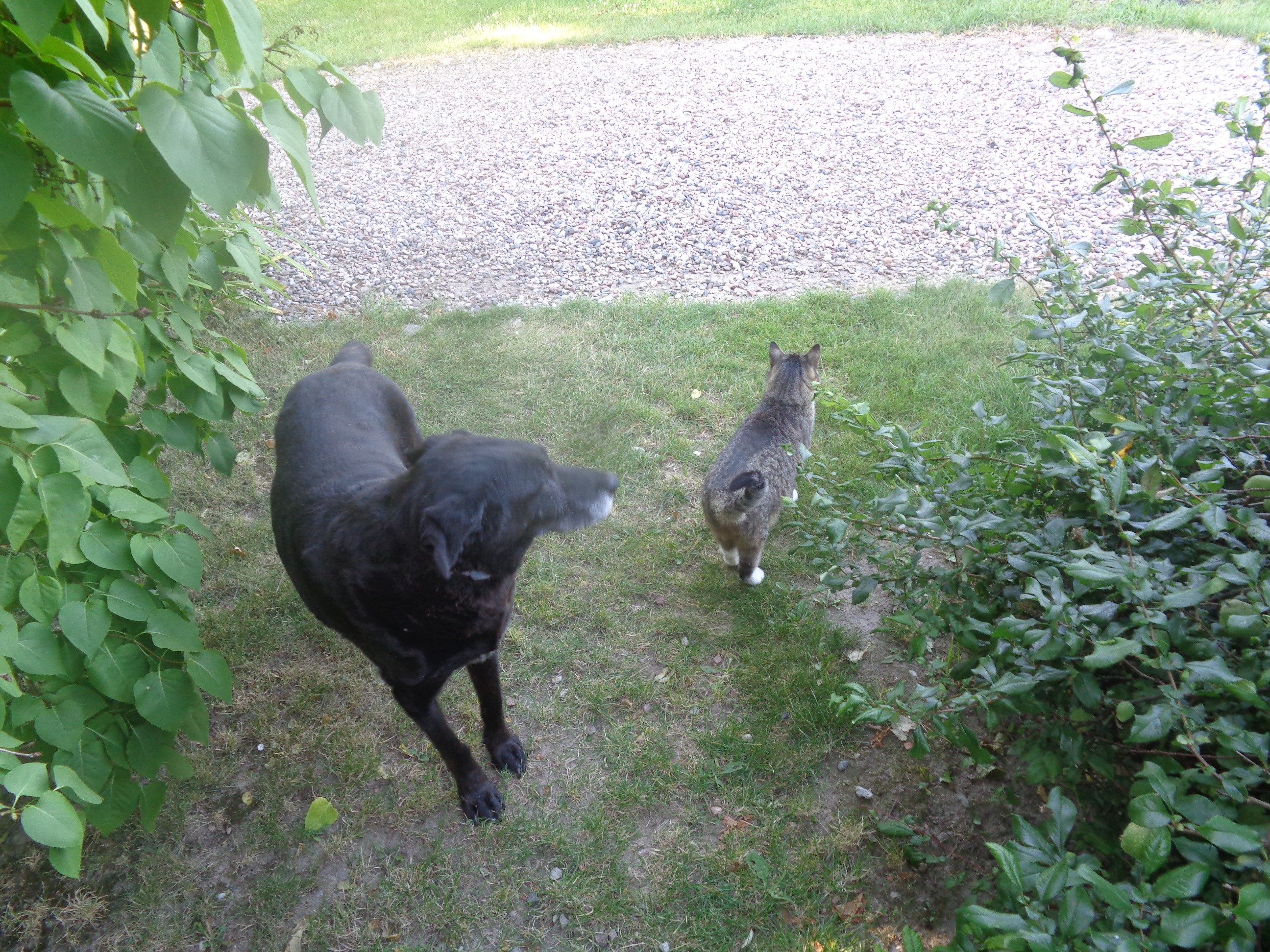 Tweets from Matthew. This is a harmless moth that’s a Batesian mimic of a wasp. I bet you wouldn’t touch it!

One of THE most convincing yellow jacket mimics I’ve ever seen. Sesia tibiale, the American Hornet Moth. pic.twitter.com/IzH9gAqz2t

This wonderful raccoon mother is the mammalian equivalent of Honey. Sound on, and don’t miss this one:

This raccoon mom is putting all of her kids to bed 😍 pic.twitter.com/xpWEmMvMGB

Nature red in tooth and fin!:

Wait for it…! Then watch it again (or a few times). Then head over here for the full account of "what just happened": https://t.co/xB8g6l3CSG #Okeanos pic.twitter.com/D0xnNFXHFy

This is the larva of a crab. Look at those eyes!

A magnificent megalopa. With remnants of the zoea's dorsal spine, the final larval stage of this crab has good eyes and a pair of claws. Just 2mm across, it'll feed voraciously among the plankton and soon settle to the seabed. @zeiss_micro pic.twitter.com/mBI4MB6B6w

Matthew et famille are vacationing in Norway, and are astounded at how long it stays light. Here’s 11 p.m.:

The ability of some cephalopods to not only change colors, but put on a light show, is amazing. Sound on:

The Thai boys trapped in a cave were saved, but let’s not forget that one man lost his life diving in to save them:

There are several tweets in this thread about how awful this trillion-dollar plane is; I’ve put two below the first one, but go to the whole discussion to see what a disaster American taxpayers are financing.

Here was a tweet showing an awesome pass with a heel tap in the France vs. Belgium game, but stupid FIFA made them take down even the tweet. Readers are welcome to direct us to that marvelous pass.

From Heather Hastie, a snowy egret.

The beautiful Snowy Egret sports showy plumes that grow on its head & back. Great demand for these spectacular plumes—used to make ladies' hats—almost led to the birds' extinction by the early 1900s. The Migratory Bird Treaty Act, signed into law in 1918, saved this species. pic.twitter.com/SgkNdCfz91

Millions and millions of stars. Can you spot them all?

And a leaping little puffball: