Reader Merilee sent one of a series of funny videos in which a cat exchanges text messages with its staff. Be sure to enlarge the video.

From the BBC News we learn that Japan has unveiled a “Hello Kitty” bullet train. I think the most cat-loving people in the world are the Russians and the Japanese. Here are some photos and text (indented):

It is enough to wake the tired eyes of the groggiest commuter. A striking white and pink bullet train themed around the Japanese cartoon character and marketing phenomenon Hello Kitty.

The bespoke train will begin a three month run between the western cities of Osaka and Fukuoka on Saturday. 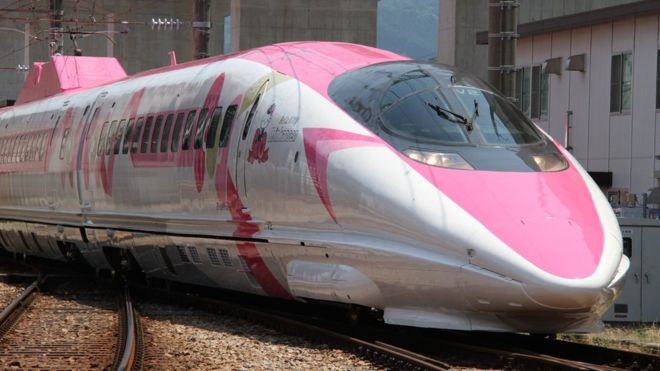 It was unveiled by the West Japan Railway firm which hopes the use of a famous local export will boost tourism. 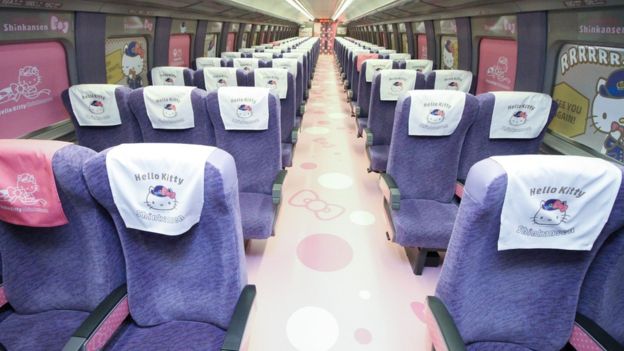 In line with the firm’s aim to attract tourists, the first carriage will have no seats but will offer passengers the chance to buy regional goods and foods from western Japan.

Another carriage will have a large Hello Kitty doll – adorned in a unique crew uniform – where fans can pose for photos. 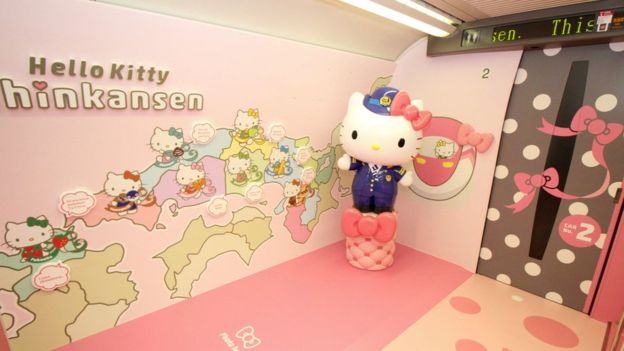 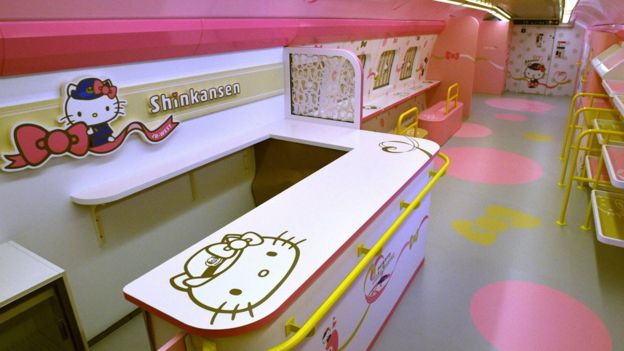 Reader Michael sent a video of a cat diving in to a box of ducklings. My two favorite animals! Grania thinks, however, that neither the kitty nor the ducklings especially enjoyed their encounter.