First sighting of an American Kestrel fledgling. Aubrey Spring Ranch. There’s at least one other in the nest box and they’re calling to each other. 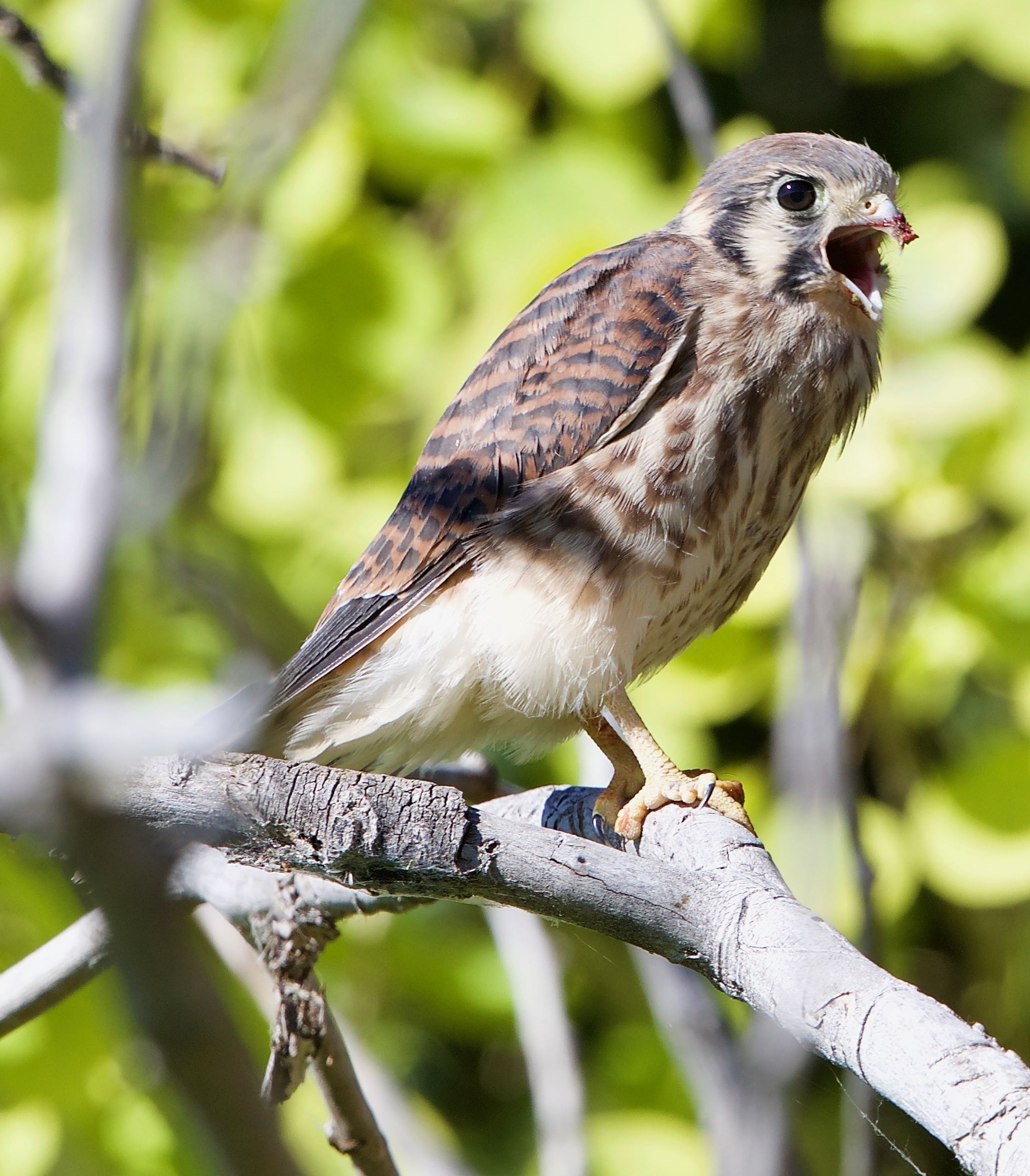 Then he sent me the photo below, saying that it was the parents, Boris and Natasha, “in protective mode. Now that the chicks have fledged their behavior has changed. They’re more watchful and cautious. I’m not disturbing them much — just a quick occasional photo.” He adds this: “it looks like junior dined recently — possibly lured out with a juicy vole. I’ve heard that they teach their young to hunt. I wonder if that includes bringing living prey.”

Then, after he consulted with birders, he realized these weren’t the parents—they were the new offspring!

I’ve just been informed by someone who knows what they’re talking about that the birds in the recent photo are fledglings, and not Boris and Natasha. I thought that at first, when I was taking the photo, but when I looked at the photo and saw the distinctive male and female breast markings I was fooled. So what we have in that photo is two fledglings — one male and one female. I suppose they need names.

Readers can feel free to suggest names, but remember that Stephen’s eagles were called Lucy and Desi and the parents of these babies were Boris and Natasha. Those are couples from television shows. My suggestion would be Ralph and Alice from “The Honeymooners.”

Reader Chuck Jones, noticing yesterday’s photos of Harvard Turkeys, sent a video showing something I didn’t know existed: the “snood” of the male turkey.  It appears to be a penis equivalent that, while not used in copulation, attracts the females when it’s erected:

Yesterday’s post on the Harvard turkeys showed an individual with its snood both limp and erect.  (The snood is the fleshy protuberance above the beak of a turkey.)  According to Wikipedia (and various other websites like Modern Farmer and the CBC), females prefer males with longer snoods, and accordingly the snoods become substantially longer during mating season.
For your pleasure, I attach a video taken by Hannah Jones of a turkey flexing its snood:
As a side note, the online Oxford English Dictionary does not have a definition of snood corresponding to turkey anatomy.  A gap in their knowledge!

I grabbed my phone for these pictures back in November. Turkeys going into Harvard campus. Not the greatest photos, but when I saw your wildlife photo today, I thought I would forward. 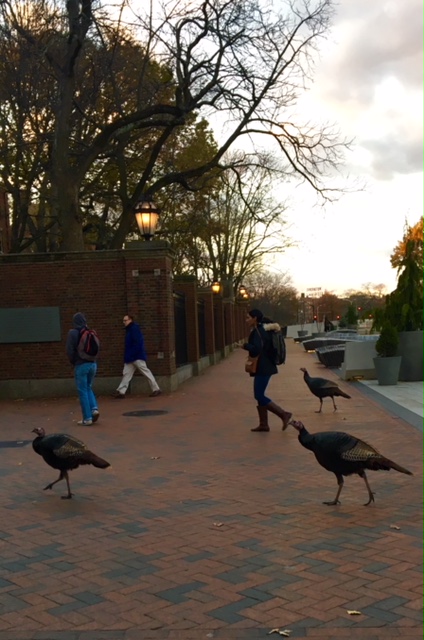 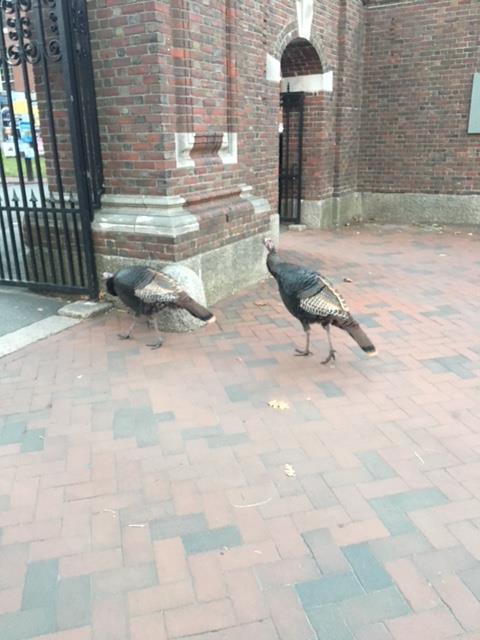 17 thoughts on “Readers’ wildlife photos and videos (with more turkeys)”