Yes, this just happened: as of July 31, we’ll have a vacancy on the Supreme Court. Kennedy was a swing vote, and now Trump gets to appoint his replacement, which will be someone like Scalia or Thomas. And that, of course, means we’re screwed for decades to come. What we’re going to get now is a rock-solid conservative majority on the Supreme Court, one that will make or affirm the law for a long time to come.

Kennedy was a moderate conservative, but could be a swing vote, as he was on cases of gay rights and abortion. He was our only hope that this most important branch of the judiciary might check the excesses of the executive and legislative branches. No more. Yep, we’re toast. 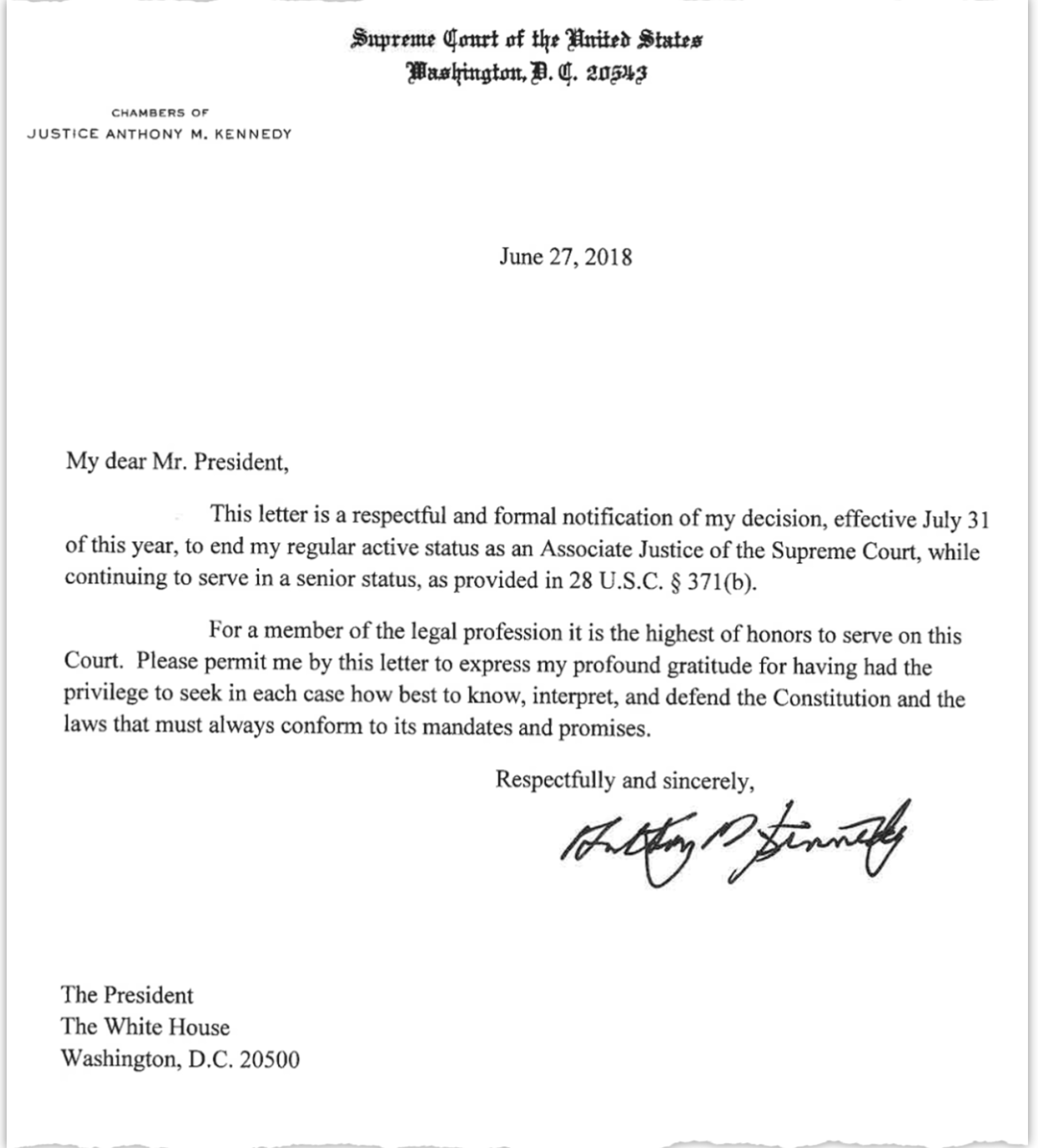