From Bored Panda, we hear of a Russian cat owner who made a miniature cat from the real cat’s fur (click on screenshot):

And a good job it was, too! 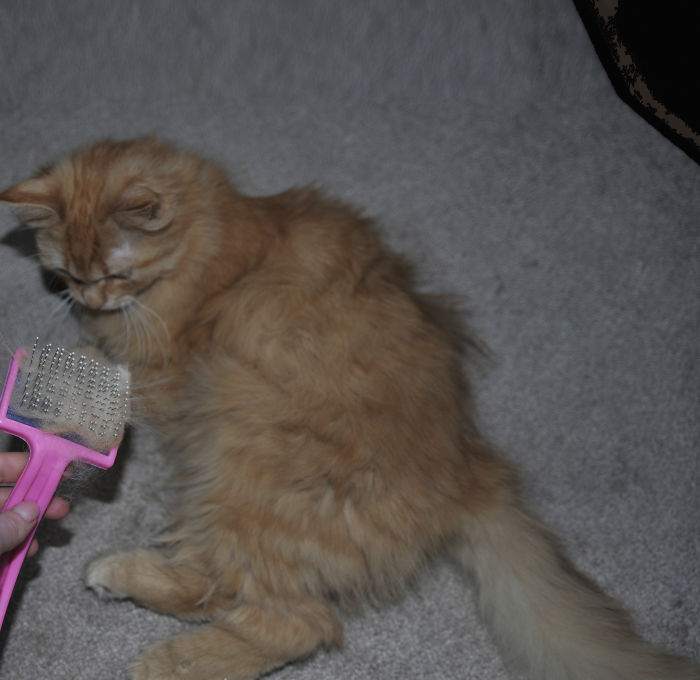 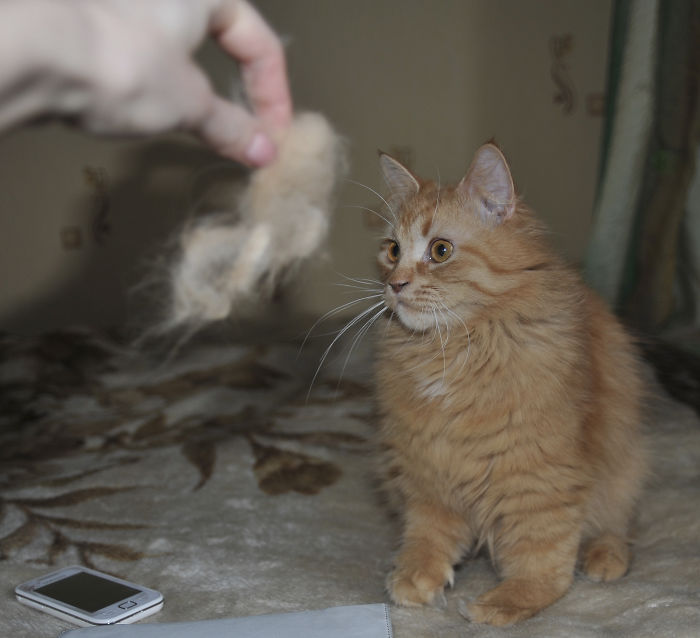 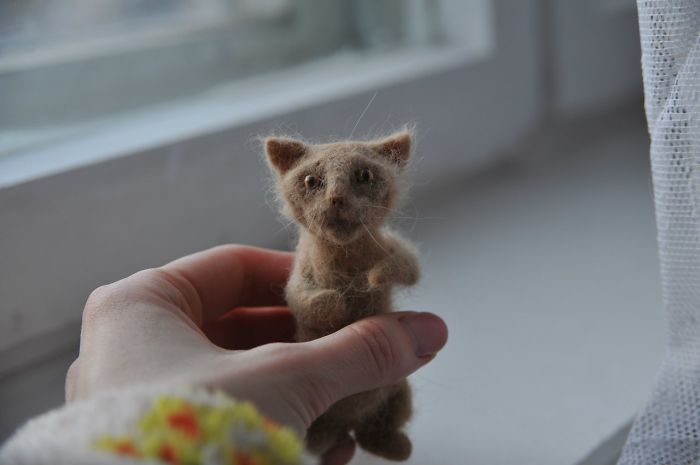 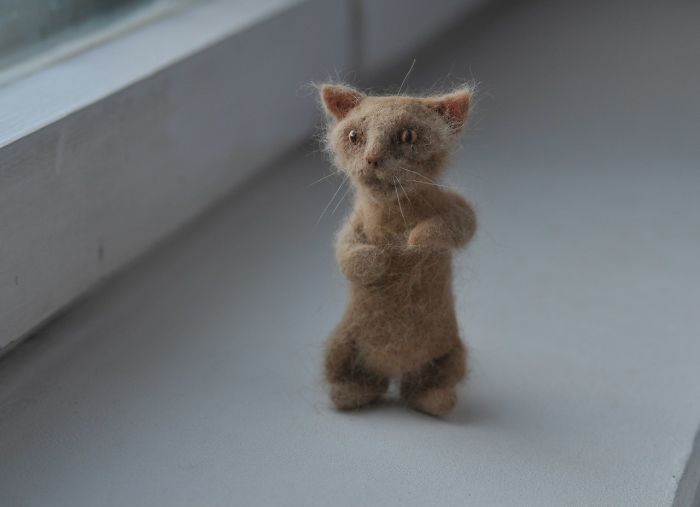 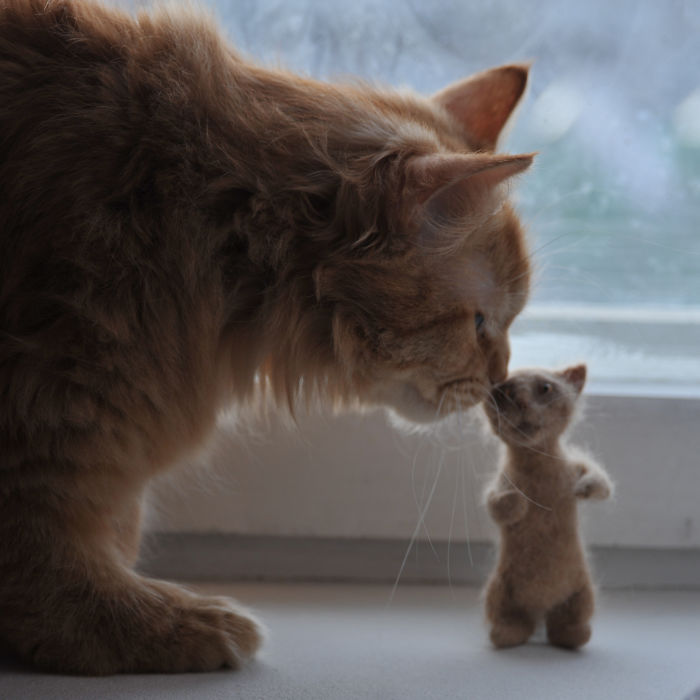 Well, three sites, Laughing Squid, My Modern Met, and Bored Panda all published pictures this week of cats high on catnip, all taken by cat photographer Andrew Marttila . I’ll show just a few.  Getting your cat stoned is merely one of the many pleasures of owning one of these lovely creatures. 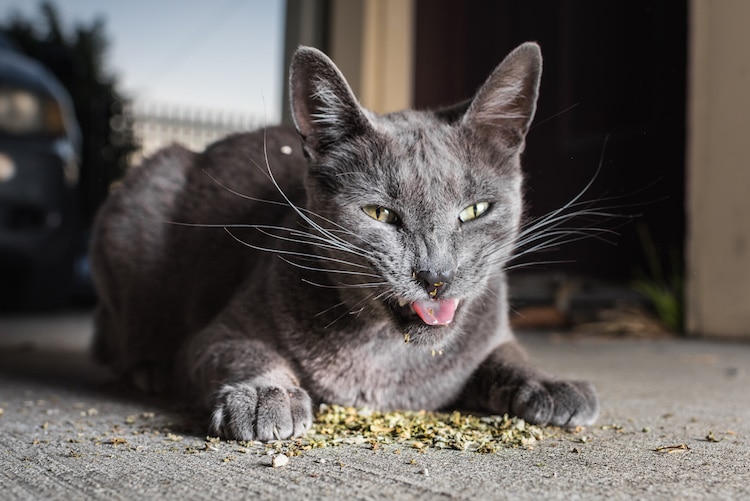 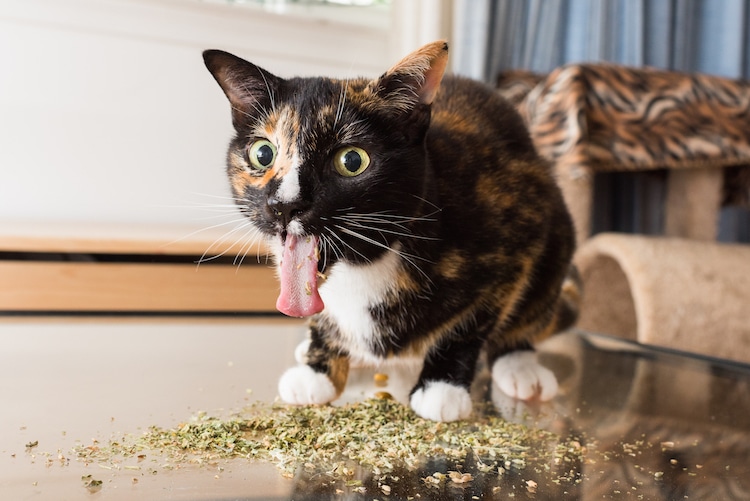 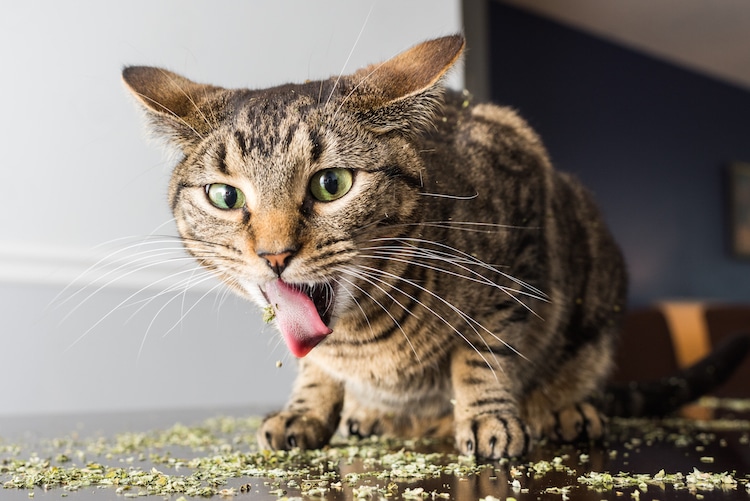 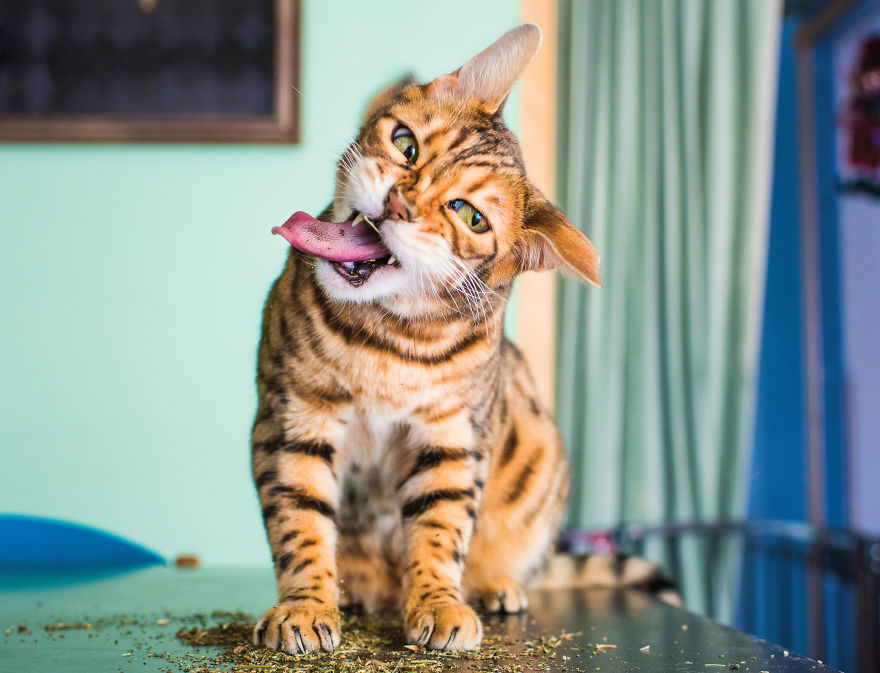 Has anybody ever studied whether cats get the munchies when they’re stoned?

Both The Independent and the BBC have stories about a cat caught in a car grille that traveled 80 miles. It was rescued by the RSPCA, who had to take the grille apart, and has temporarily been named “Ford”:

A cat is amazingly unhurt after getting stuck in the air vent of a family car and travelling up to 80 miles in it.

The male tabby was only noticed when the family parked up in Clacton-on-Sea after hours on the road. They say he could have been inside the grille of the Ford Focus for up to two days.

Steven Kane, the owner of the car, said: “We’d pulled up at the seafront and I was playing on the green with my brother’s little girl when I looked up and spotted him.

“He is lucky that I saw him. I have no idea where we picked up our little hitchhiker, it could have been anywhere.”

RSPCA inspector Lucy Brennan attended the scene and contacted the AA to free the cat.

“The cat was trapped in the grille of the car and the driver was unsure how long he had been there or where he had come from,” said Ms Brennan, revealing the cat has been named Ford by the charity. 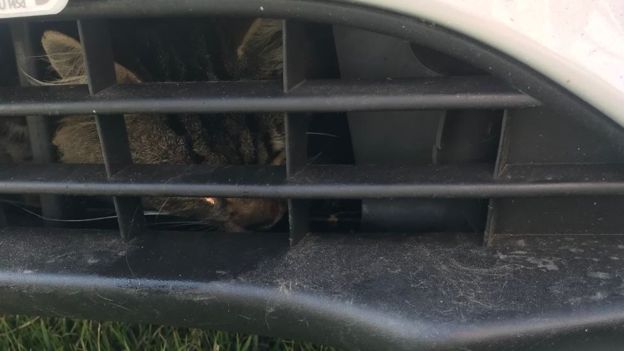 “Luckily, the cat didn’t appear to be injured but he was well and truly trapped. We contacted the AA who came out to carefully dismantle the car by taking out the headlights and bumper and freeing the poor moggy.

“He was very smelly and very hungry. The AA explained that even if the cat had been trapped when the motorist was driving the car, luckily the area he was in has no moving parts and doesn’t get hot when the engine is on. Having said that, it must have been quite an ordeal for poor Ford.”

Ford has been checked over by staff at the RSPCA Danaher branch where an existing problem with his tail was spotted. It will need amputating.

If you’re in Essex, you might want to adopt this lovely kitty; the Danaher adoption center is here. 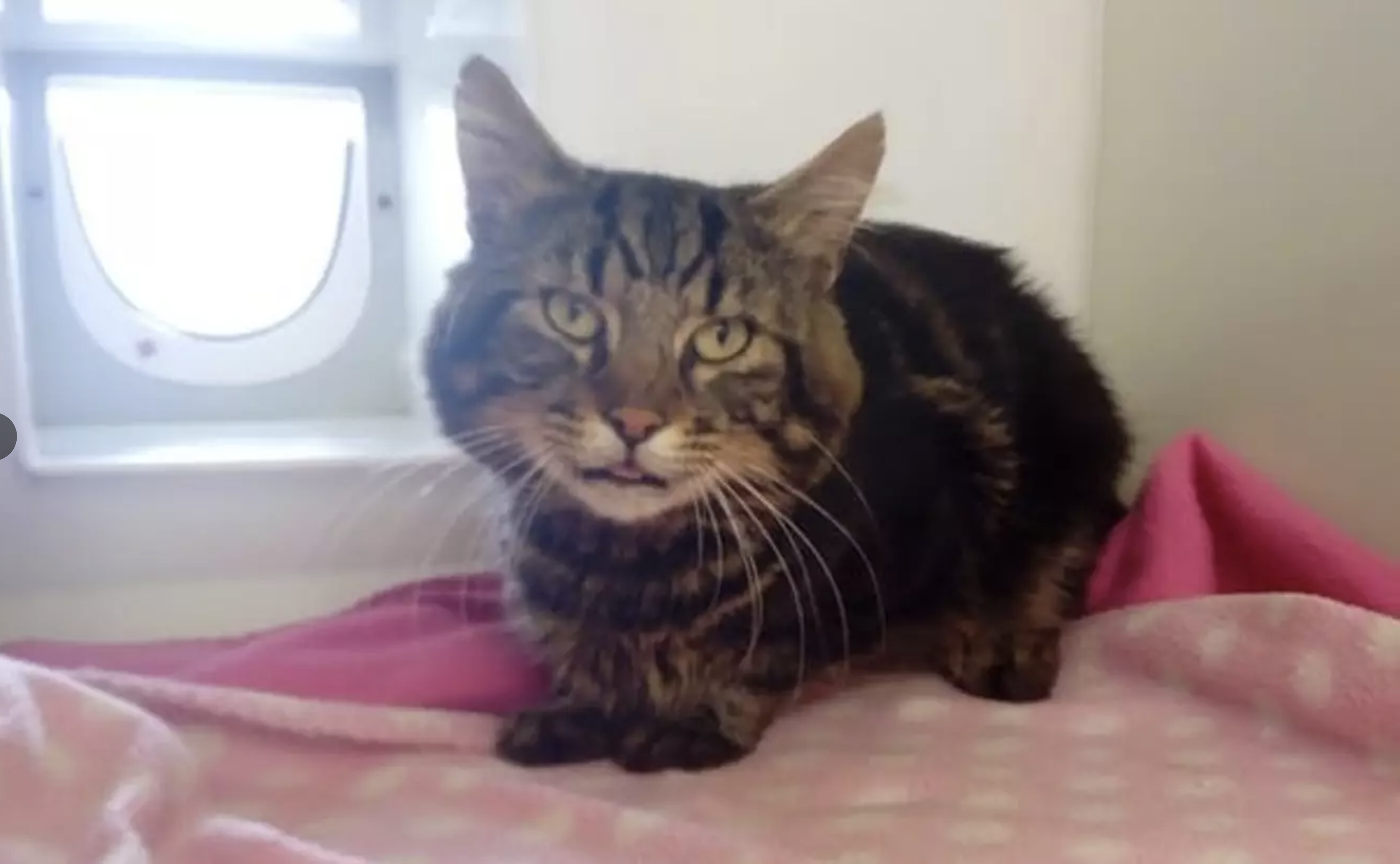 14 thoughts on “Caturday felid trifecta: Miniature cat created from its own fur, photos of cats on ‘nip, cat named “Ford” travels 80 miles in a car grille”