On April 29 I put up a brief note about the world’s oldest known spider, who recently died in Australia at the age of 43. But that didn’t convey the affection that we scientists often feel for our research subjects, even if they’re spiders. And so the Washington Post has published a lovely article by Avi Selk, who drew “largely from research conducted by Barbara Main and Leanda Mason, who knew [the spider] best over nearly half a century.”

Read it—it won’t take long—and see if, even among the arachnophobe readers—you don’t feel a pang of loss at the poignantly described death of this aged trapdoor spider, known only as Number 16.

Her burrow and her trapdoor (photos by Landa Mason): 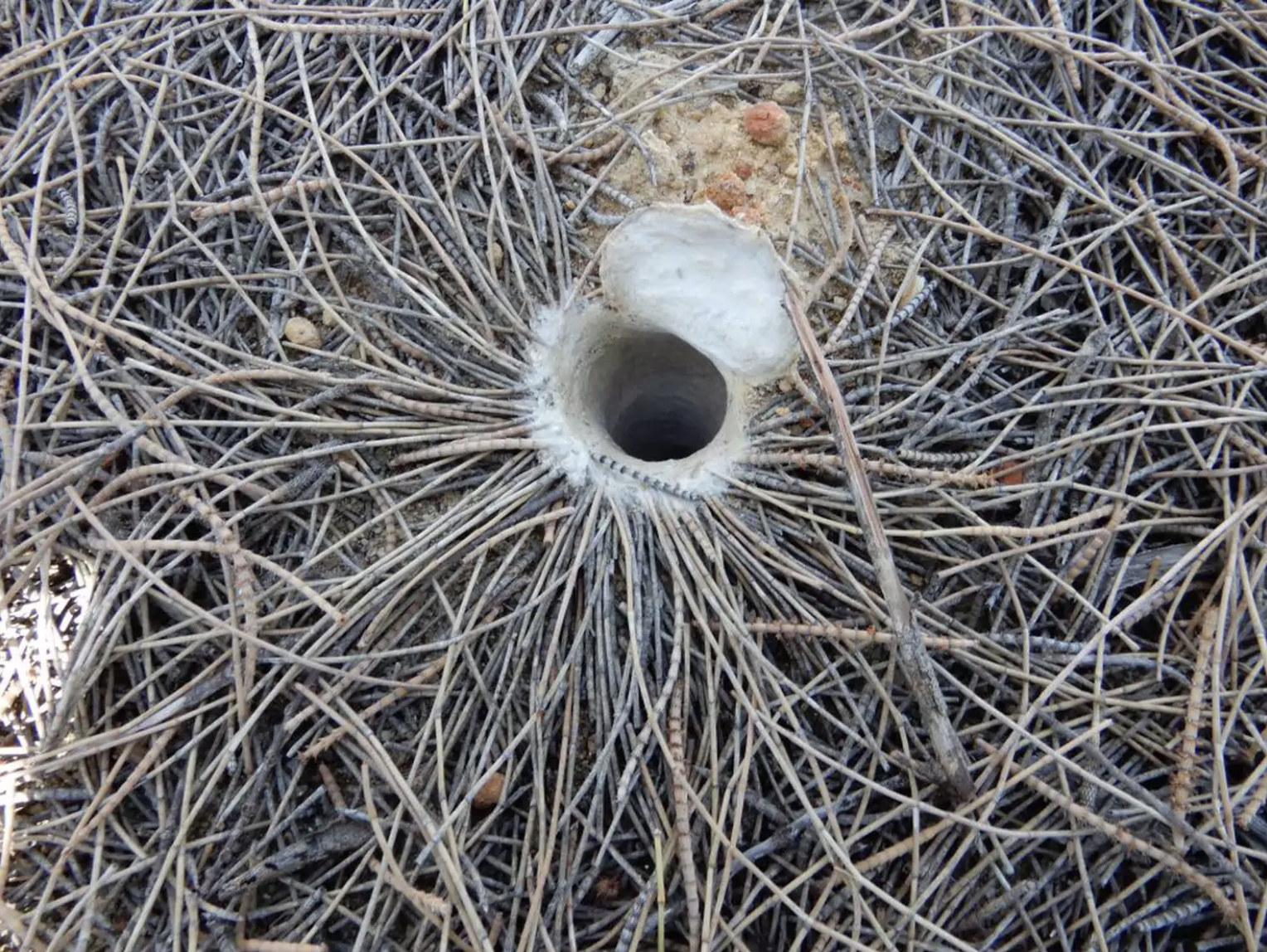 14 thoughts on “A lovely spider story”