This headline tells you how many of us feel about our research subjects (see also here): 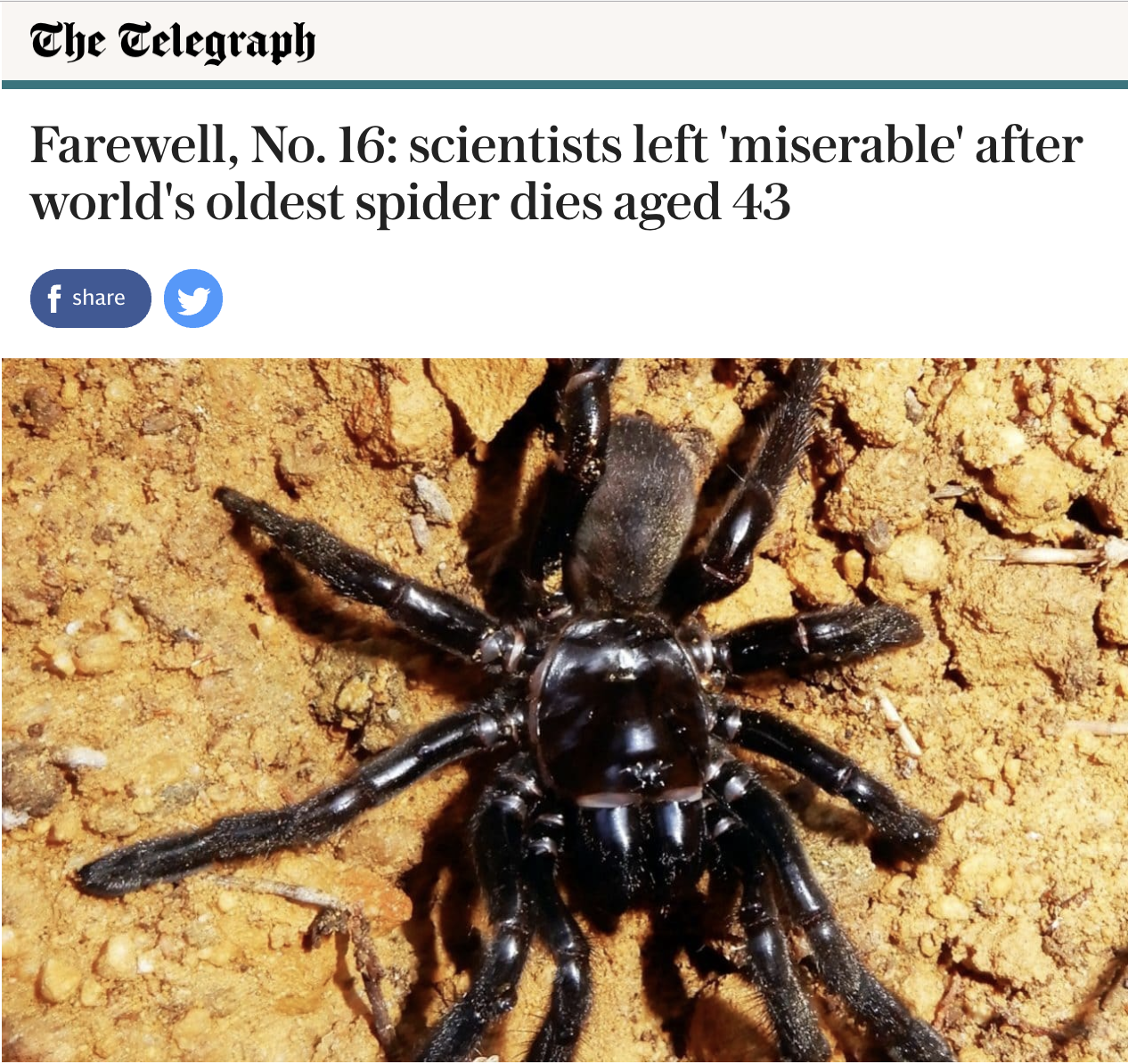 The spider, a trapdoor spider (Gaius villosus), was not a coddled lab animal, but a real arachnid in the wild—in western Australia. Affectionately known as “Number 16”, she had been studied since 1974, presumably as a toddler, and was recently found dead. Her longevity beats the previous record—that of a Mexican tarantula—by a full 15 years. And the senior author of the study (see below) is of a venerable age herself.

From the Torygraph (my emphasis):

The arachnid is believed to have survived for so long by sticking to one protected burrow its entire life and expending the minimum of energy.

. . . Published the Pacific Conservation Biology Journal, the research is the life’s work of Barbara York Main, now 88, who first set eyes on Number 16 shortly after its birth.

. . . While trapdoor spiders are poisonous, it is the males, who leave their burrows to find a mate, which are usually encountered by humans.

A typical danger in Australia is homeowners finding what they believe to be dead spiders in their swimming pools, which can then rear up and attack when removed.

The trapdoor species typically take five to seven years to mature and will then invest their energies in a single burrow, with the females rarely venturing more than a few metres away from their place of birth.

Ms Mason said of the Number 16’s death: “We’re really miserable about it.

“We were hoping she could have made it to 50 years old.”

As far as I know (I used to keep tarantulas), females generally live longer than males, and not just because some of the males get nommed after mating.

Lead author PhD student Leanda Mason from the School of Molecular and Life Sciences at Curtin University said the ongoing research has led to new discoveries about the longevity of the trapdoor spider.

“To our knowledge this is the oldest spider ever recorded, and her significant life has allowed us to further investigate the trapdoor spider’s behaviour and population dynamics,” Ms Mason said.

“The research project was first initiated by Barbara York Main in 1974, who monitored the long-term spider population for over 42 years in the Central Wheatbelt region of Western Australia.

Here’s the paper’s abstract from the Pacific Conservation Biology Journal (click on screenshot). Our library doesn’t carry this, journal and you’ll have to pay $25 (U.S.) to see the article, but I think you have the relevant data: 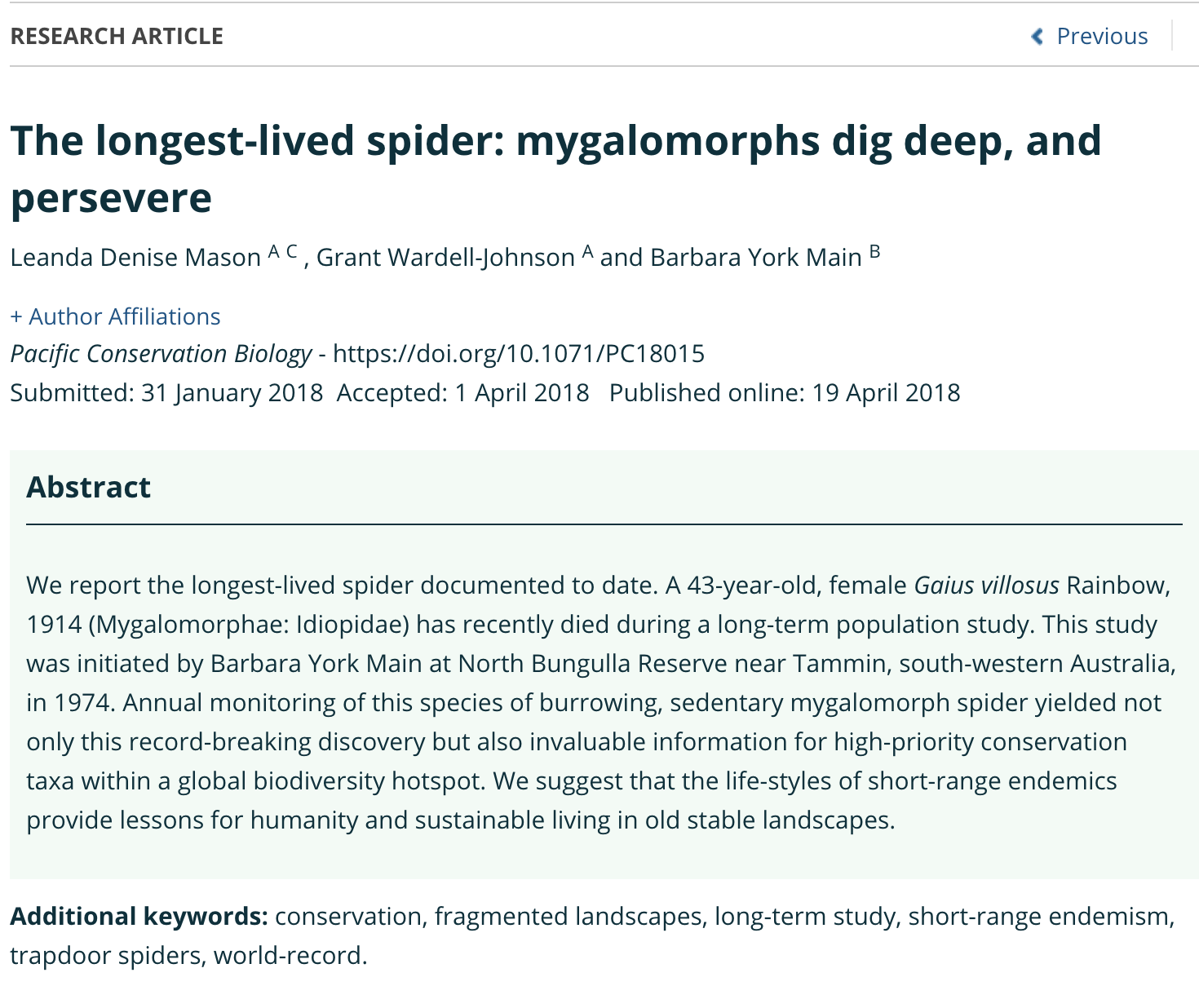