As lagniappe, today’s Google Doodle (click on screenshot below) celebrates the French filmmaker Georges Méliès (1861-1938), who was neither born nor died on this day. But, as Time Magazine notes, “Google is timing the Doodle’s launch to coincide with the release date of one of Méliès’ popular works, ‘À la conquête du pôle (The Conquest of the Pole),’ which was released in 1912.”

When you click on the arrow, you’ll be taken to a YouTube animation with clips from and riffs on Méliès’s famous animation Trip to the Moon (1902). This is supposed to be, as the YouTube notes indicate, the first virtual reality Doodle, but I don’t see what’s so VR about it. Readers, please enlighten us.

A charming illusionist, an adventurous queen of hearts and an evil green man journey through early cinema, film magic and love. Back to the Moon is an animated, interactive Doodle celebrating the artistry of film director and prestidigitator Georges Méliès.

Click below to go to the “virtual reality” animation: 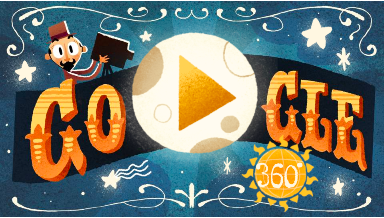 On this day in 1715, a solar eclipse occurred that was visible across northern Europe and Asia, and had been predicted by astronomer Edmund Halley to within four minutes! 77 years later, Washington, D.C. was incorporated as a city.  And, on May 3, 1848, the boar-crested Anglo-Saxon Benty Grange helmet, shown below, was discovered in a barrow on the Benty Grange farm in Derbyshire. It is from the seventh century A.D., and so is very old.

Wikipedia describes its significance and meaning of its iconography:

It is one of only six known Anglo-Saxon helmets, discovered before those from Sutton Hoo, York, Wollaston, Shorwell, and Staffordshire. The combination of structural and technical attributes used in the helmet’s manufacture are unique, but contemporary parallels exist for its individual characteristics. Within this context the helmet is classified as one of the “crested helmets” used in Northern Europe from the 6th to 11th centuries AD.

The most striking feature of the helmet is the boar at its apex, but in a display of syncretism this pagan symbol faces towards a Christian cross on the nasal. This dualism is representative of 7th-century England, a time when Christian missionaries were slowly converting Anglo-Saxons away from traditional Germanic beliefs. With a large boar and a small cross, the helmet seems to exhibit a stronger preference towards paganism; the cross may be added for talismanic effect, the help of any god being welcome on the battlefield. 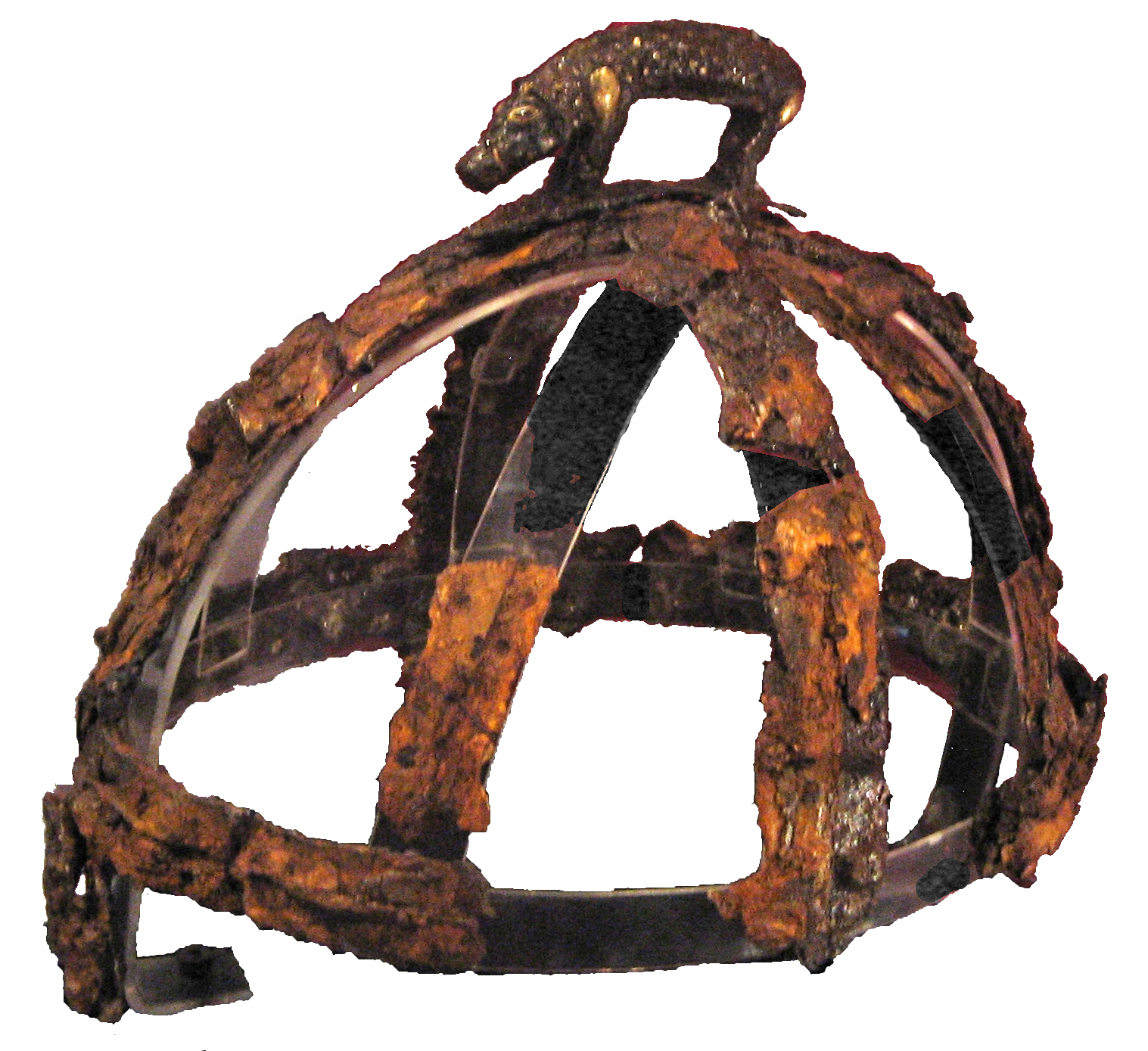 Also on this day in 1913, the first full length Indian feature film was released: Raja Harishchandra.  Exactly 8 years later,  The “Government of Ireland Act 1920” was passed, which divided that green isle into Northern Ireland and Southern Ireland.  On this day in 1937, the novel Gone with the Wind, by Margaret Mitchell, won the Pulitzer Prize for Fiction.  Two decades later, Walter O’Malley, the new owner of the Brooklyn Dodgers, to the eternal anger of Brooklynites, moved his team from Brooklyn to Los Angeles.

On this day in 1960, the Broadway musical comedy The Fantasticks opened in Greenwich Village, eventually becoming the longest-running musical of all time. Can you name its most famous song? On May 3, 1963, as Wikipedia describes it, “The police force in Birmingham, Alabama switches tactics and responds with violent force to stop the Birmingham campaign protesters. Images of the violent suppression are transmitted worldwide, bringing new-found attention to the civil rights movement.” Finally, the very first bulk commercial email, or spam, was sent by the Digital Equipment corporation to every ARPANET address on the U.S. west coast. A grim day for sure; now they send ads to enlarge male genitalia. 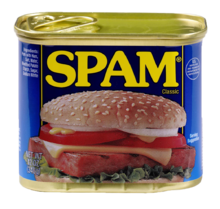 Meanwhile in Dobrzyn, Hili is trying to eat healthier:

Hili: I see health food.
A: Where?
Hili: Over there. It’s running to its burrow. 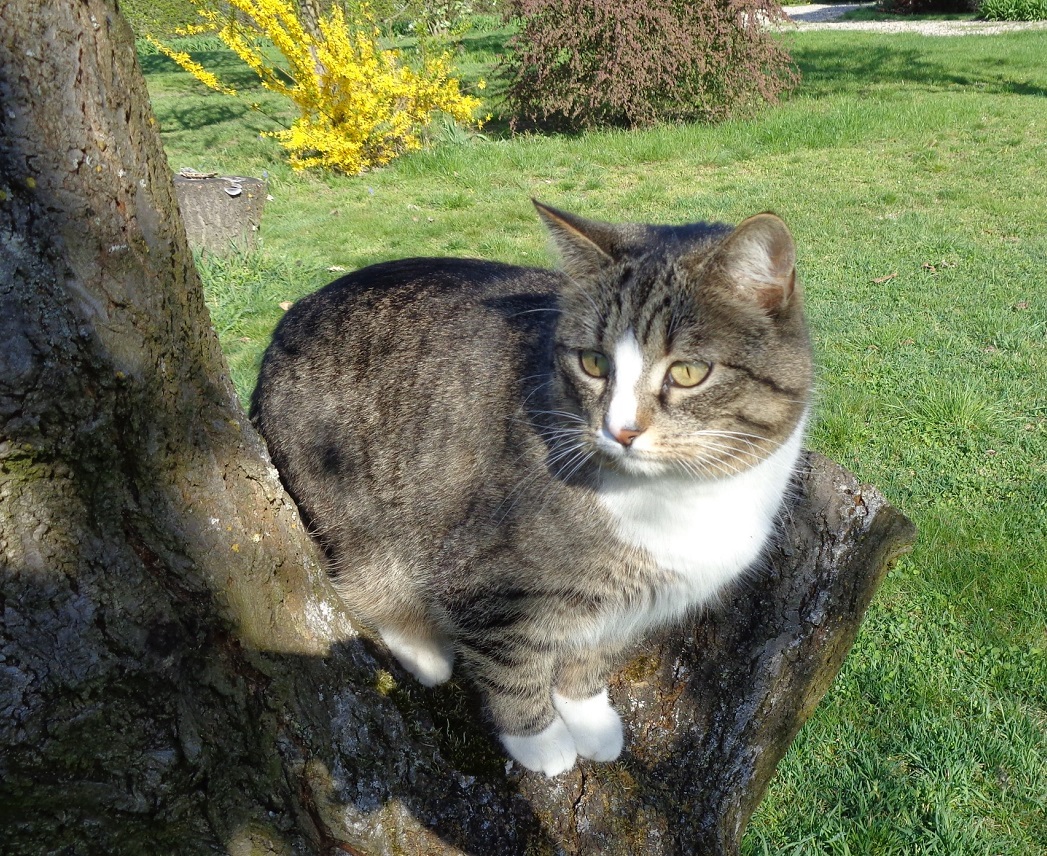 And not far away, Leon is still roaming the grounds of his future home:

Matthew sent some tweets. Do try this at home if you have a candle. I have, and it works!

Parental instinct gone wrong. What will the bird do when an oak tree hatches?

One particularly ambitious great tit is incubating an acorn. pic.twitter.com/zlR6w41kdw

Grania sent a great astronomy time-lapse showing the gravitational attraction of stars to a black hole:

A WaPo story I highlighted yesterday, but do read it if you haven’t already:

This is a really lovely story about the world's oldest spider https://t.co/yzbeOM5Gkl

A spider that supposedly deters predators by resembling a snake:

The orb-weaver spider is a master of illusion https://t.co/lcLSh2uKvp

And two medieval cats in the yard: