Good morning on my last day in Chicago for a while; it’s Wednesday, March. 15. (Starting tomorrow, the Hili Dialogues will be brought to you by Grania for a while, as I’ll be Down Under.) Today is National Peanut Lovers’ Day, and all my squirrels say they’re on board with that. (I’ve provided for their care and feeding in my absence.) It’s also World Consumer Rights Day, which surely includes the right not to have homeopathic remedies sold at CVS and Whole Foods (they are).

This is of course the Ides of March, and on this day in 44 BC , Julius Caesar was assassinated. (That was using the Roman calendar, not the one we use now, so we’re just within an order of magnitude here.) Caesar was stabbed 23 times, with only one wound deemed fatal in the autopsy—the first post-mortem report in recorded history. On March 15, 1493, Columbus returned to Spain from his first voyage to the Americas. Wikipedia reports that on this day in 1819, “French physicist Augustin-Jean Fresnel wins a contest at the Academie des Sciences in Paris by proving that light behaves like a wave. The Fresnel integrals, still used to calculate wave patterns, silence skeptics who had backed the particle theory of Isaac Newton.” Finally this day (and part of the next) in 1952, a world rainfall record was set: in 24 hours an astounding 1.87 meters (73 inches) of rain fell in  the town of Cilaos on the Indian Ocean Island of Réunion. That’s the most rain ever recorded within a 24-hour period. Can you imagine what that downpour was like?

Hili: Can you play ping pong?
Cyrus: I don’t know, I never tried. 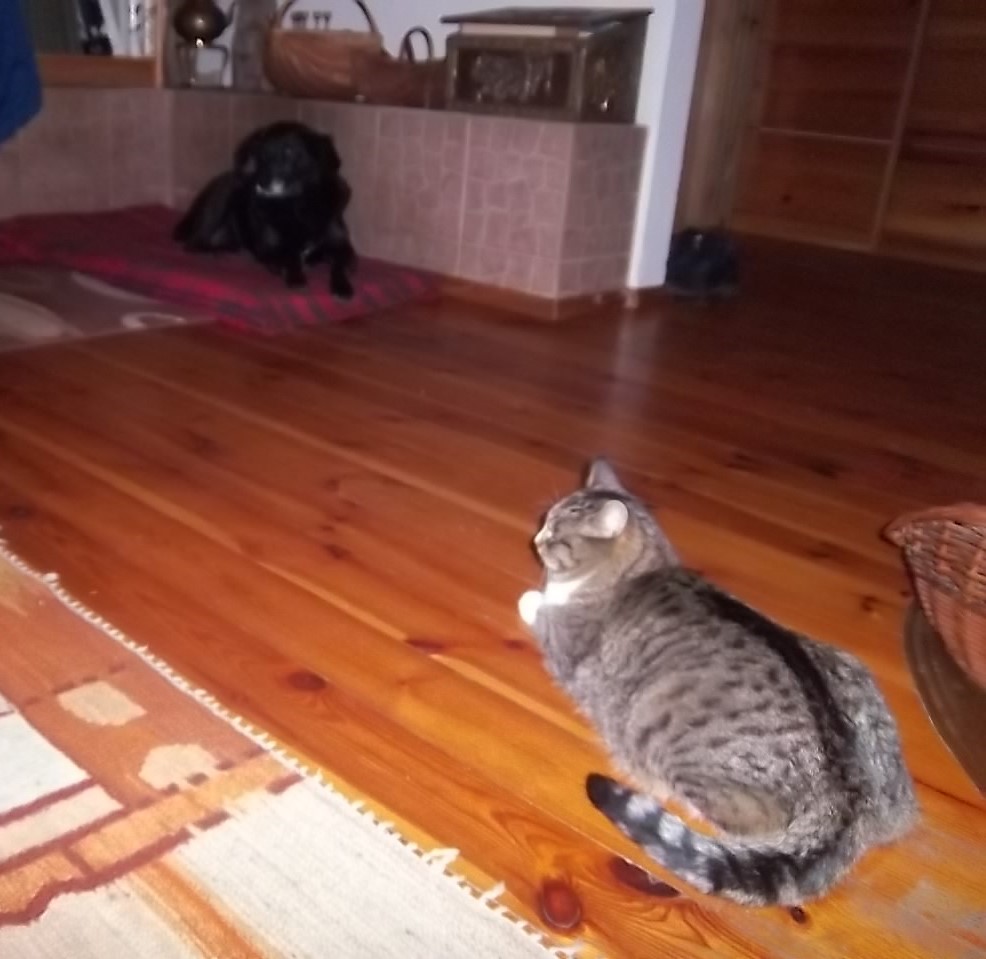 Lagniappe: Can you tell the kitten from the ice cream? More important, which would you rather have? (Image from imgur, h/t: Taskin) 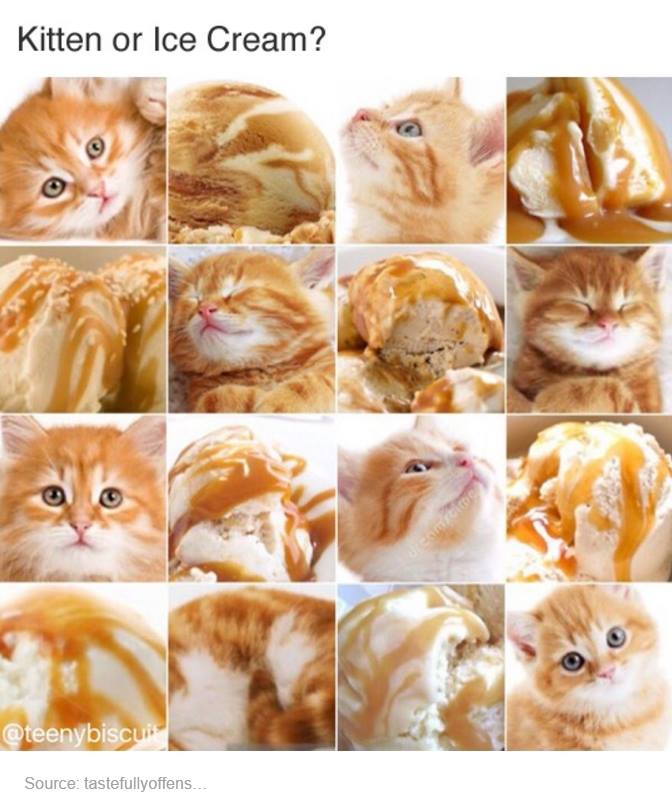