We’ll have an eclectic selection today, with the first photo from reader Christopher Moss. His notes are indented:

In the tradition of a letter to the editor of The Times documenting the first cuckoo of spring, I have the honour to report that the first chipmunk to emerge was spotted today. They disappeared rather early, around the end of October as far as I recall, and this one is brave as it was -15ºC this morning with a chilly wind. I can’t tell for sure which one it is, but if he spent the winter in that wall, he isn’t my main man Chippers, who lives down the side of the house. He’s in no hurry to come to my calls (they would come running last fall whenever I went out with a handful of food), so I may have to re-train them.

Another month should see the first crop of babies born, and I’ll be busy keeping them all full! 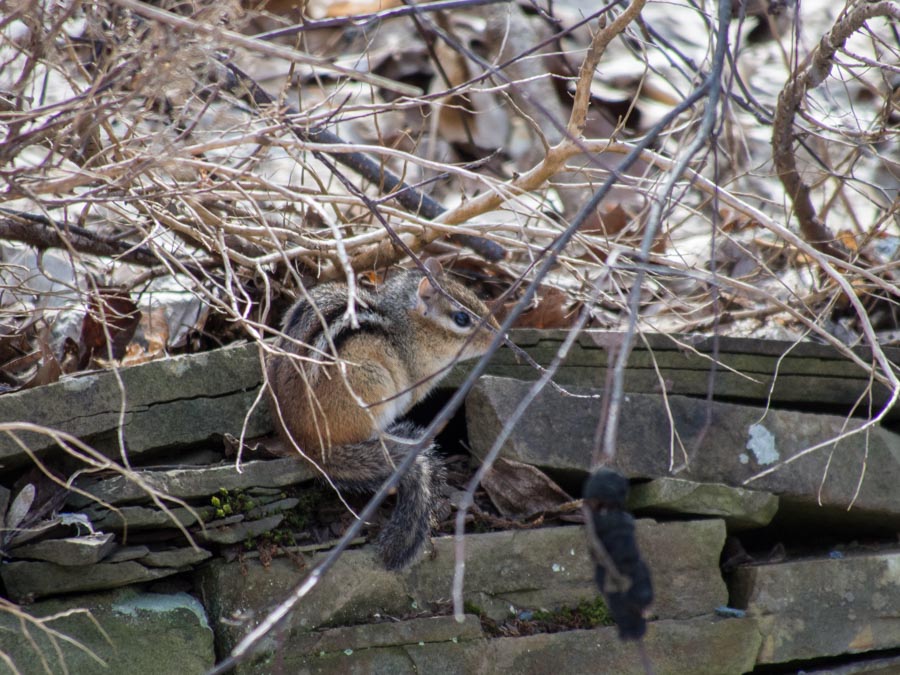 The rest of the photos are from reader Nicole Reggia. The sunflower in the first photo apparently opens its petals in a counterclockwise direction, one by one. The seeds are also usually arranged in a Fibonacci sequence, as the quote from Science notes below:

Mathematical biologists love sunflowers. The giant flowers are one of the most obvious—as well as the prettiest—demonstrations of a hidden mathematical rule shaping the patterns of life: the Fibonacci sequence, a set in which each number is the sum of the previous two (1, 1, 2, 3, 5, 8, 13, 21, 34, 55, 89, 144, 233, 377, 610, …), found in everything from pineapples to pine cones. In this case, the telltale sign is the number of different seed spirals on the sunflower’s face. Count the clockwise and counterclockwise spirals that reach the outer edge, and you’ll usually find a pair of numbers from the sequence: 34 and 55, or 55 and 89, or—with very large sunflowers—89 and 144. Although the math may be beautiful, plant biologists have not worked out a mechanistic model that fully explains how the sunflower seed patterns arise. 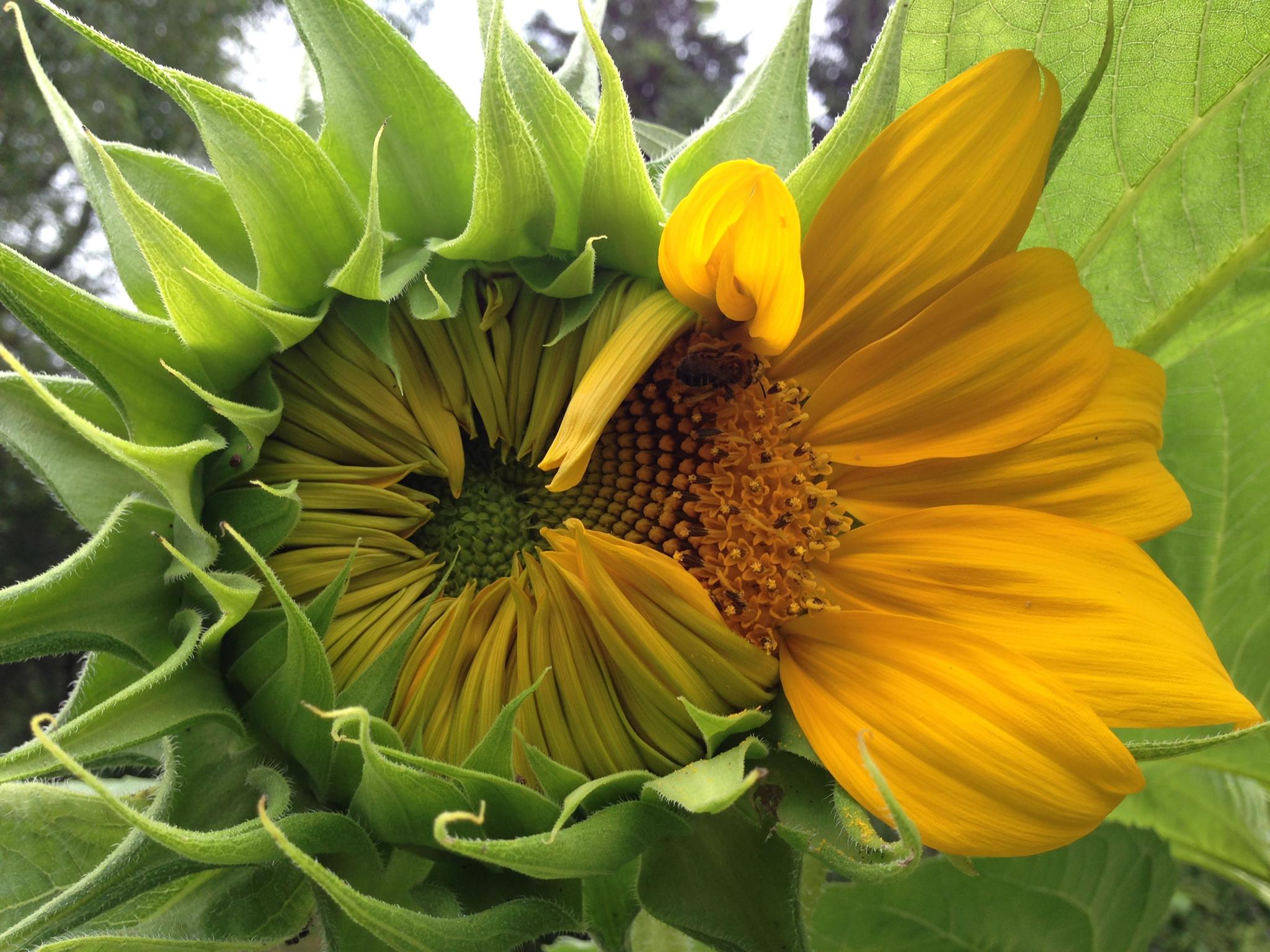 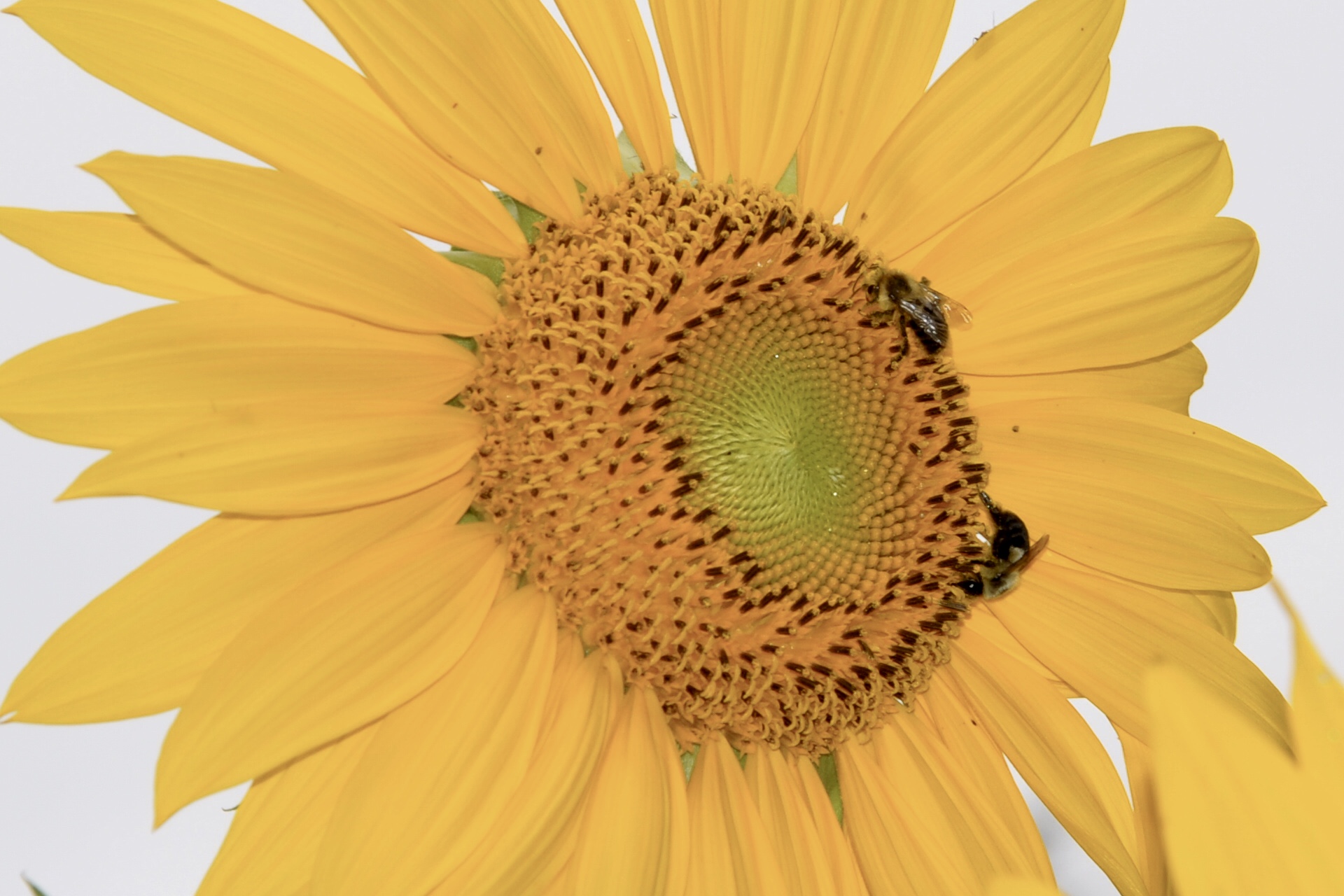 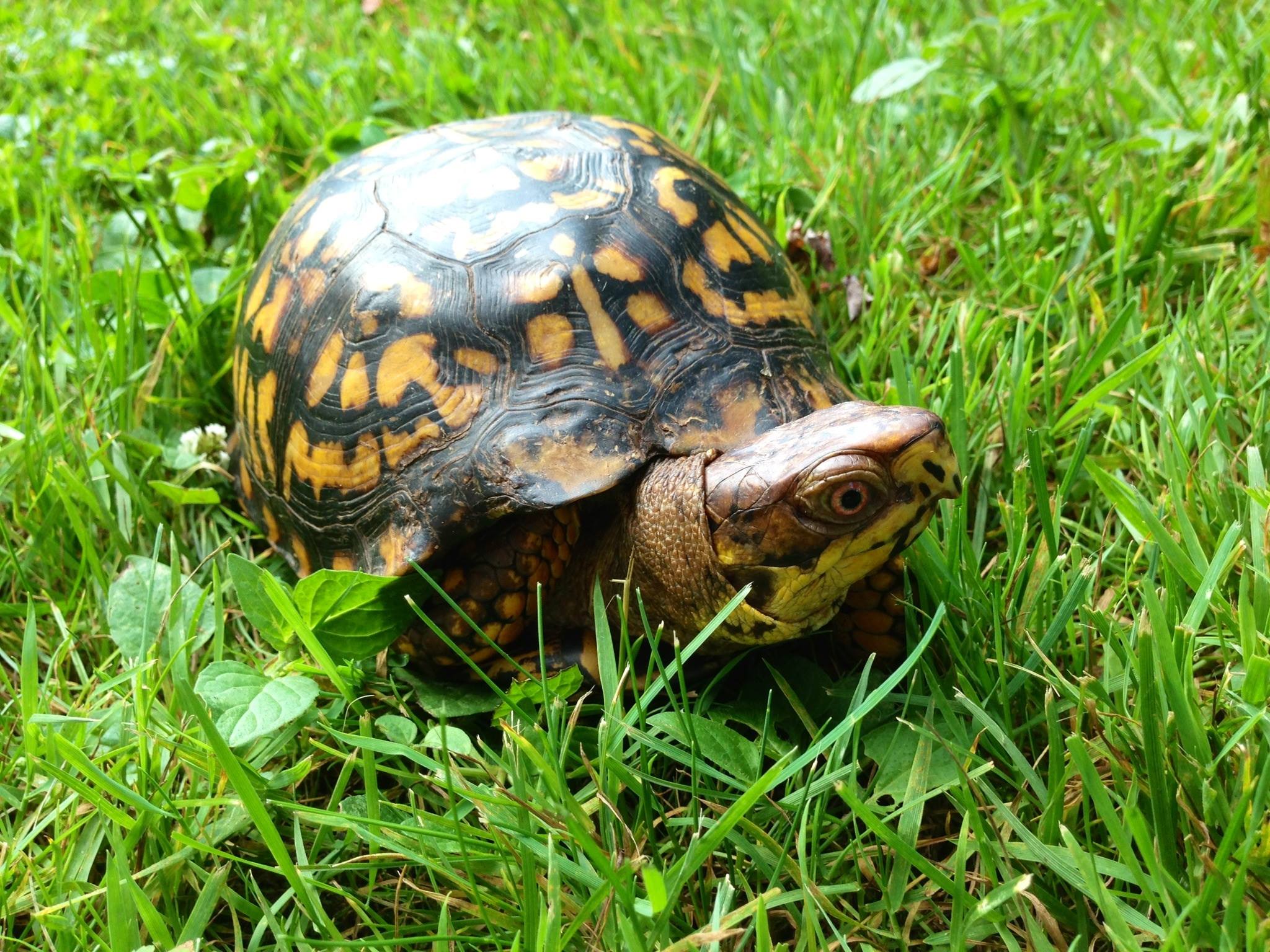 Nicole keeps four hives of bees, and here you can see the open cells containing larvae, which are fed by the workers: 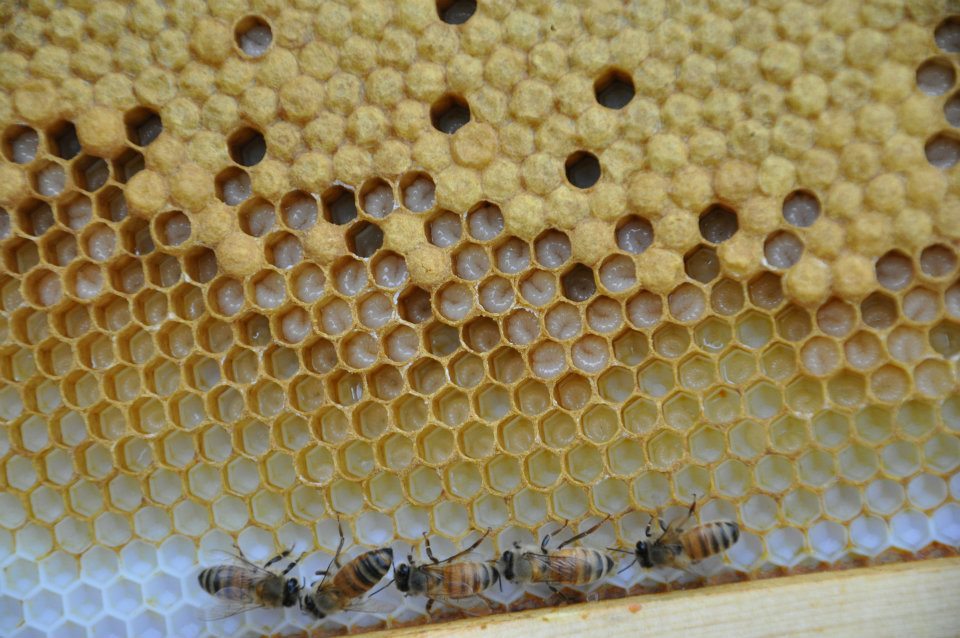 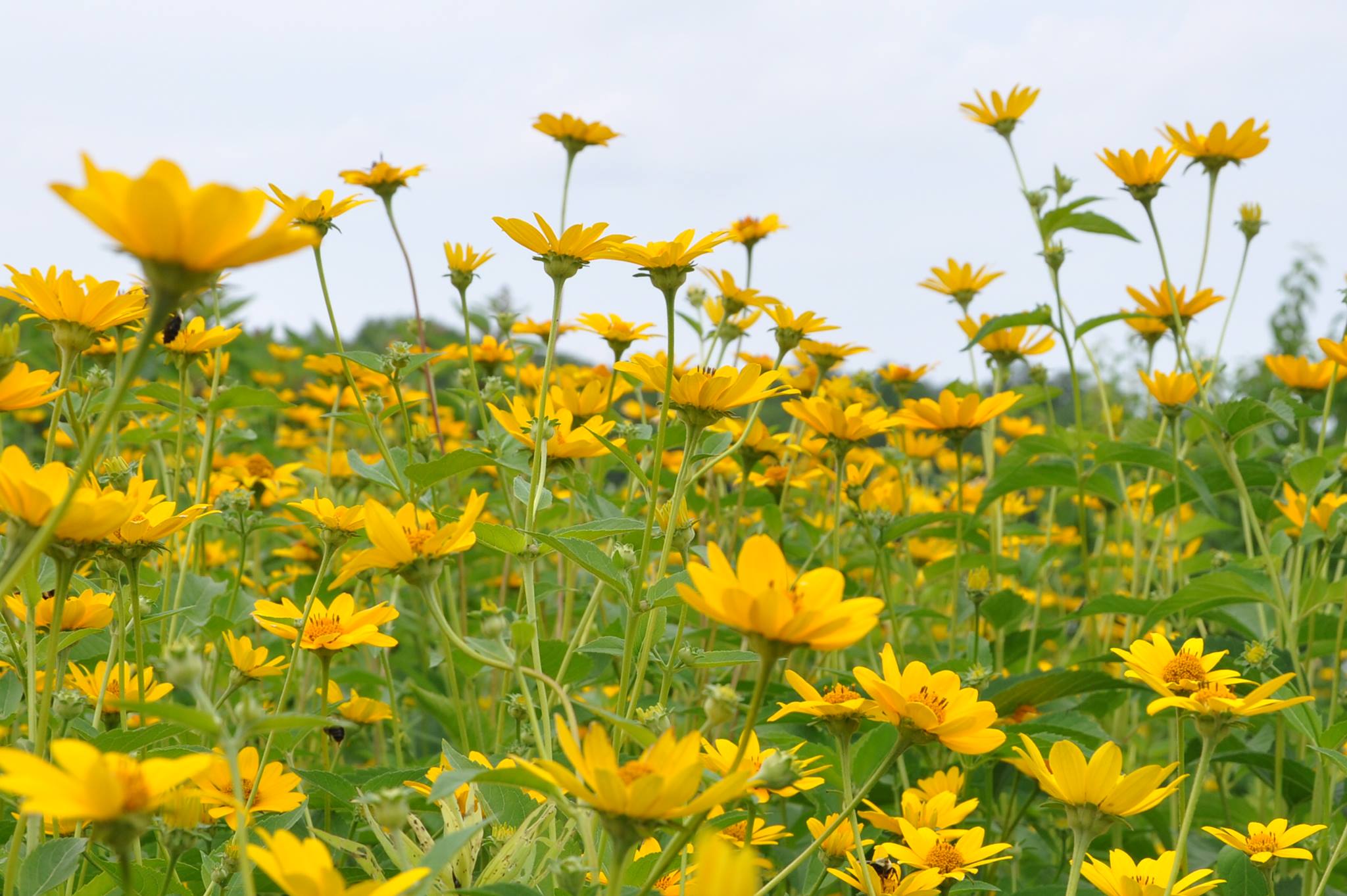 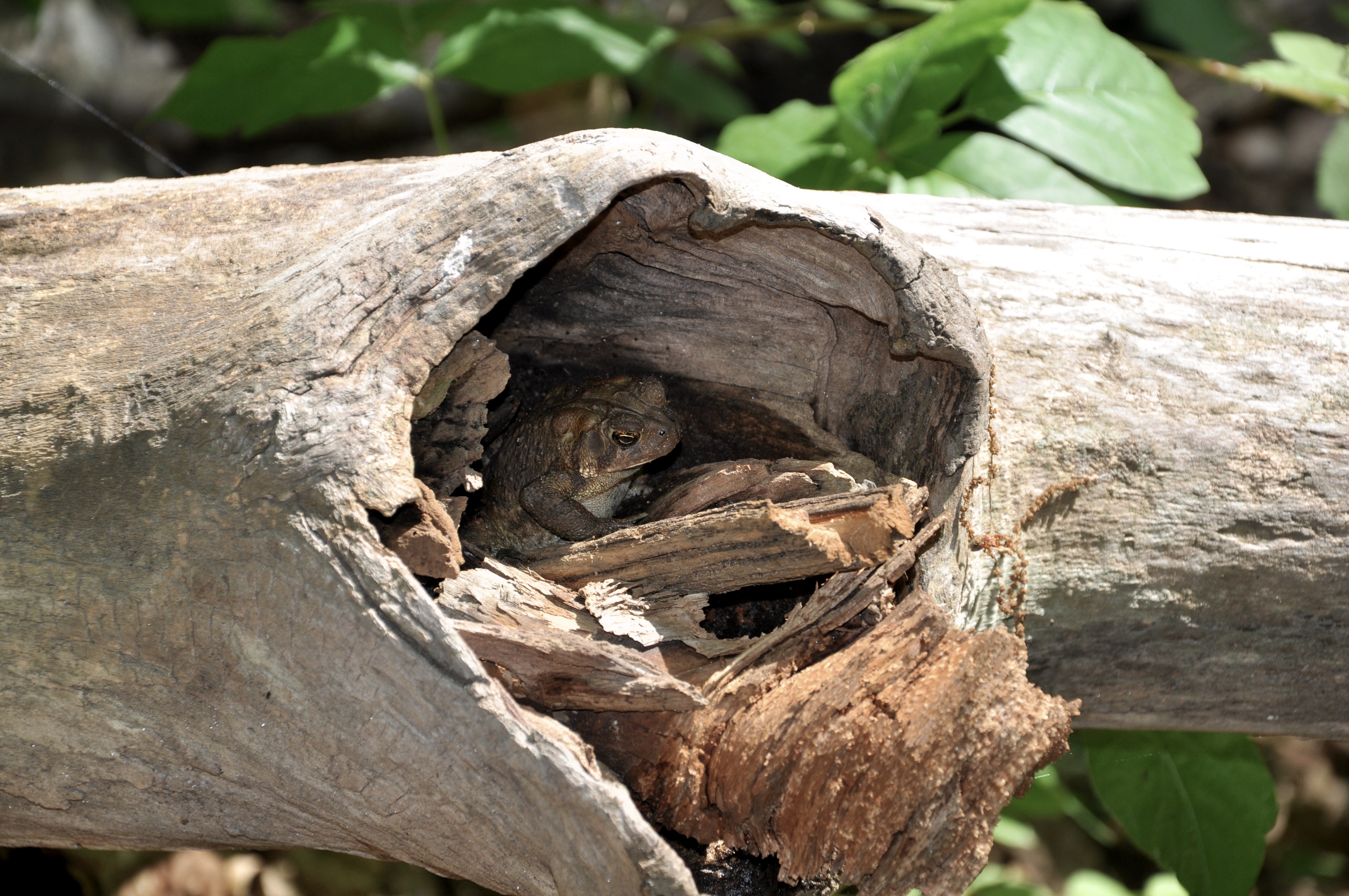