Today’s Jesus and Mo, called “best,” came with this accompanying note in the email:

This one is in response to a story this week about the British Humanist Association sending out books to schools in the UK, and the ironic clerical reaction to it.

There’s a religious curriculum in these schools, and the humanists are trying to add humanism to it.  The story, in The Freethinker, is about this book being sent to schools by the Northern Ireland Humanists (click on screenshot to go to book). It’s being challenged by a Presbyterian minister because of its contents:

The books are being delivered to upper primary and lower secondary pupils following a crowdfunding campaign.

The book also features content provided by broadcaster Stephen Fry, writer and broadcaster Natalie Haynes, and best-selling author Philip Pullman, who are all patrons of the BHA.

McIlveen, who has retired from Sandown Free Presbyterian Church in east Belfast, said that while it’s important not to censor literature, there is also a right to challenge the contents of the book.

I feel that for a child of primary school age, humanism is not something that should be put into their mind.

I think that they are far too young to even make that decision as to the rights and wrongs of humanism and I think this is an exploitation of young people to try and indoctrinate them into a view that many people in Northern Ireland would reject.

He added that he feels strongly that:

There should be a clear barrier between the message of humanism and impressionable minds. 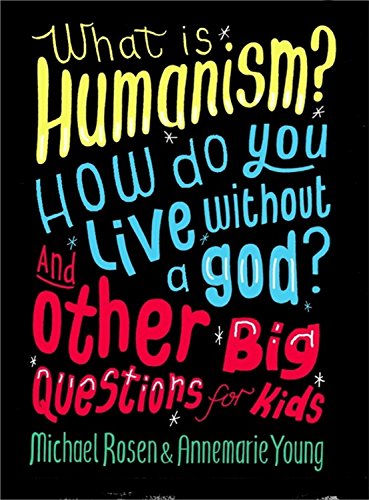 No comment is necessary as Jesus and Mo undermine their own faiths: 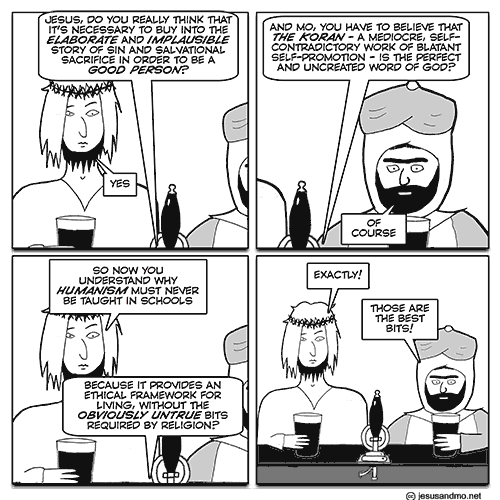