Today is October 15, 2016, the last day of Coynefest, which will repair after lunch to a big cabin in the Indiana woods for PARTY TIME! Here’s a photo from yesterday’s festivities, which reminds me a bit of the Crucifixion panel in the Isenheim Altarpiece.  Front left: Bruce Grant, my undergraduate mentor at William & Mary, and also the mentor of Mohamed Noor (my second student, behind him), and mentor as well of Allen Orr, my first student (rear, right). Front right: John Willis, a Ph.D. student at Chicago, now a professor at Duke, and whose father, as Dean of Students at William and & Mary, was also a mentor of mine.  Mohamed is just finishing up as chair of Evolutionary Biology at Duke, and Allen is a the Shirley Kearn Cox Professor at the University of Rochester. More on CoyneFest when the dust has settled on Monday. 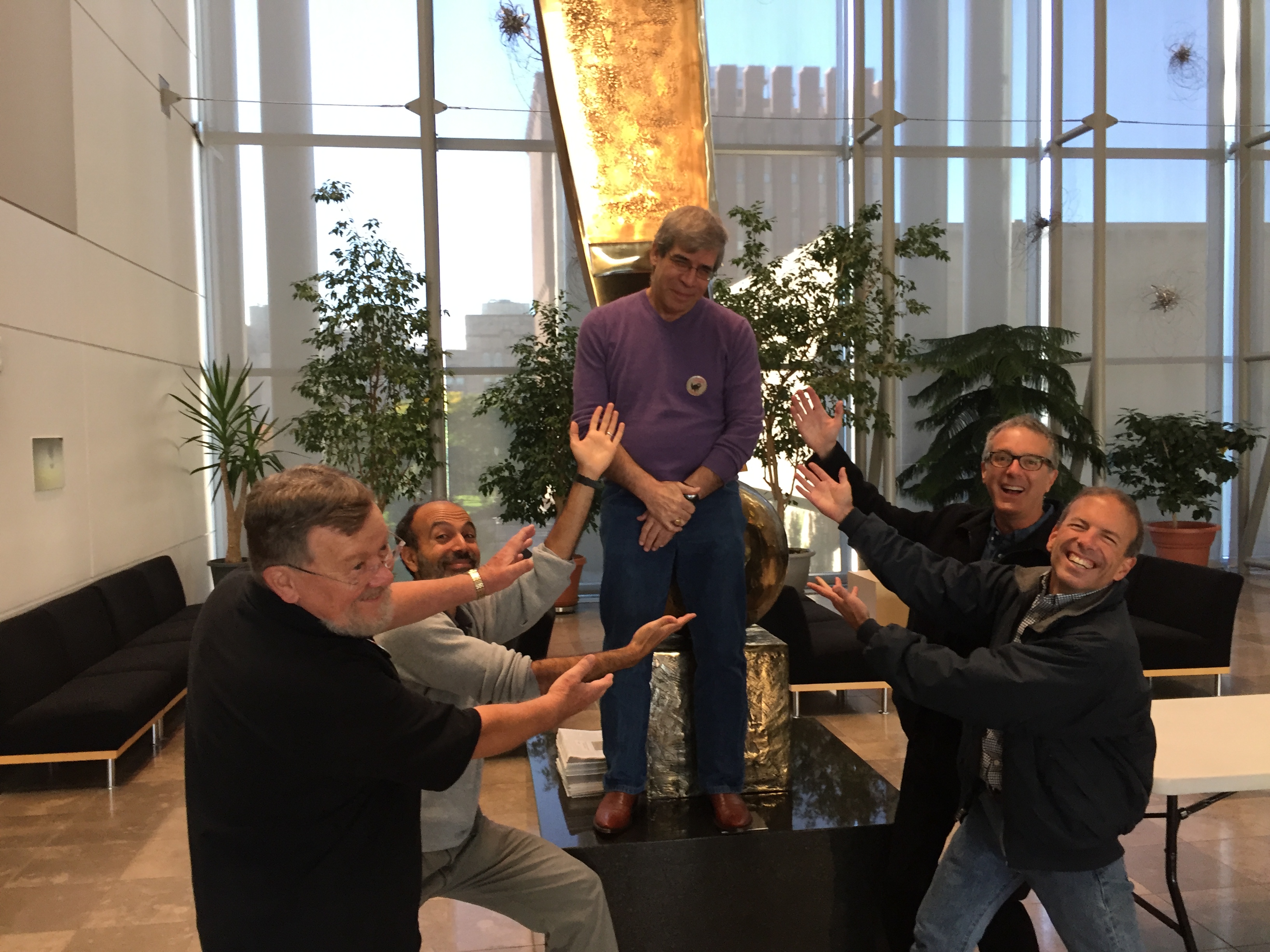 Today is also Global Handwashing Day, and remember to scrub your mitts for twice as long as it takes to sing the first verse of “Happy Birthday to You.” On this day in 1793, Marie Antoinette was convicted in a French kangaroo court, and executed the next day. On this day in 1951, the first episode of I Love Lucy (the source of the names of Stephen Barnard’s eagles) aired on CBS television. And, in 1969, The Moratorium to End the War in Vietnam was held in Washington D.C., along with similar demonstrations throughout the U.S.. Over 250,000 people showed up in Washington, and I was one of them.

A: I will carry you from my armchair to a more comfortable place.
Hili: The level of comfort is judged by the body itself, not by a bystander. 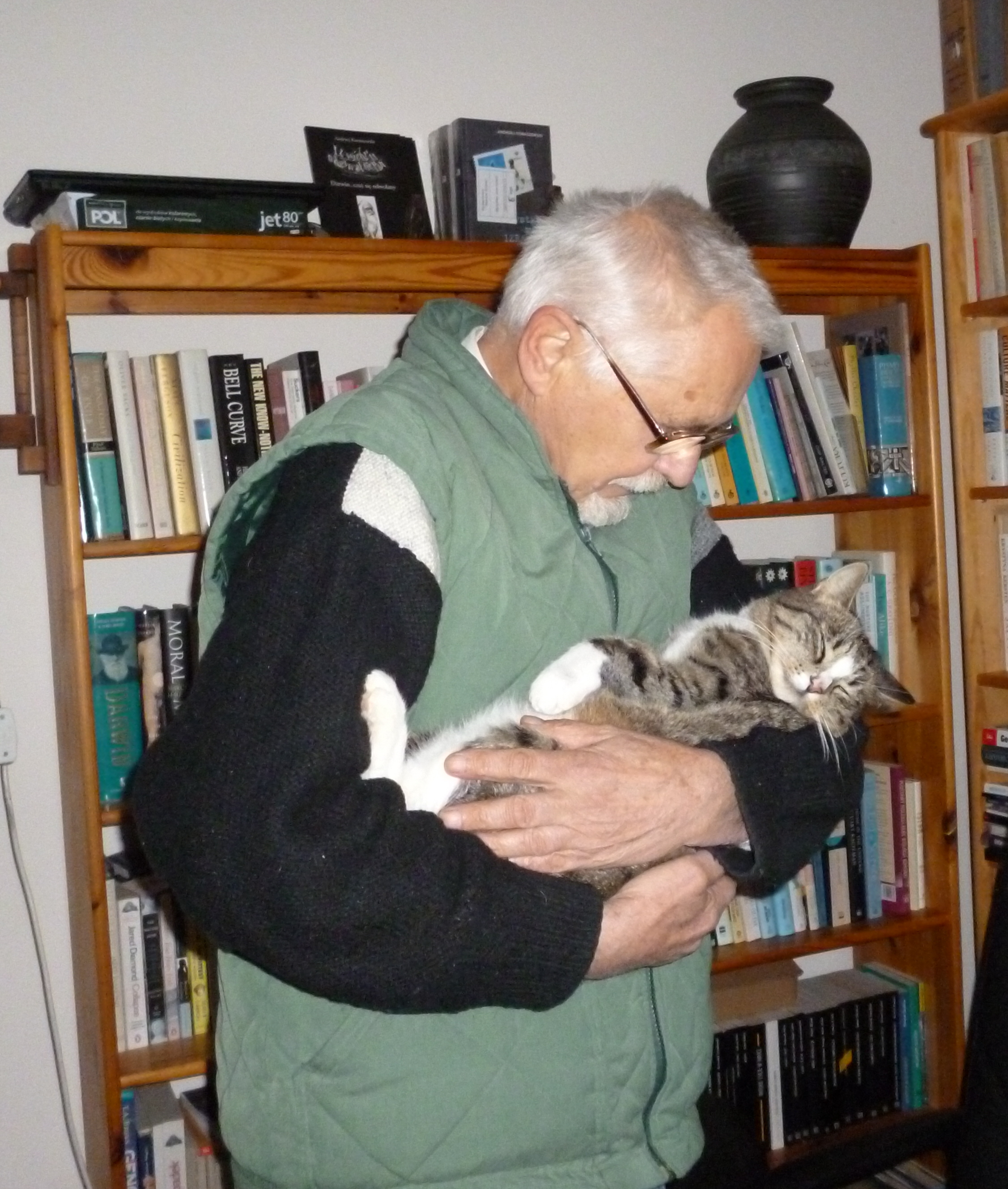 In nearby Wloclawek, tabby Leon is taking shelter from the storm:

Leon: Here I am, why are you surprised? It’s blowing. 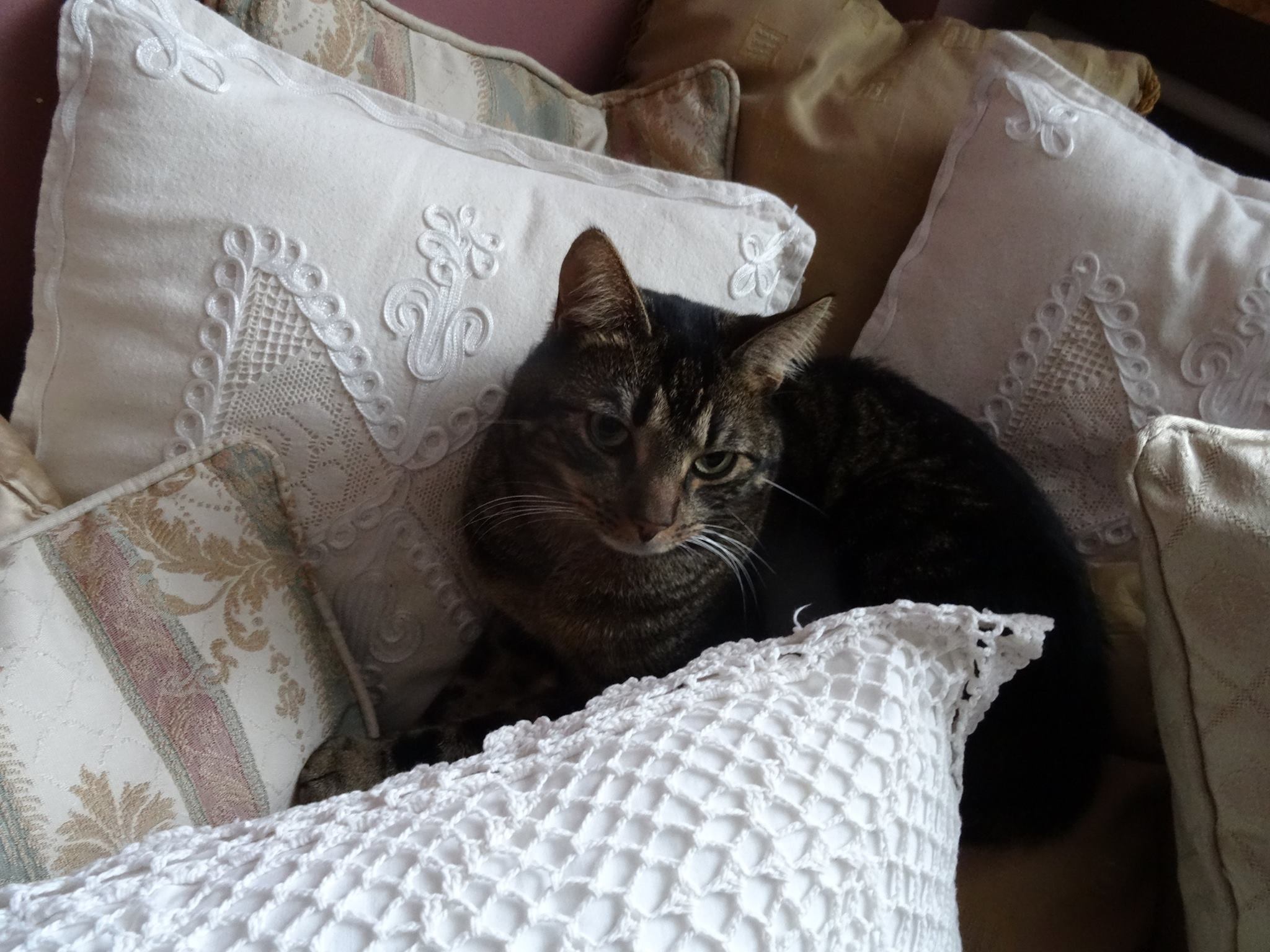 A friend sent me this sarcastic comment on Bob Dylan’s winning the Nobel Prize for Literature: 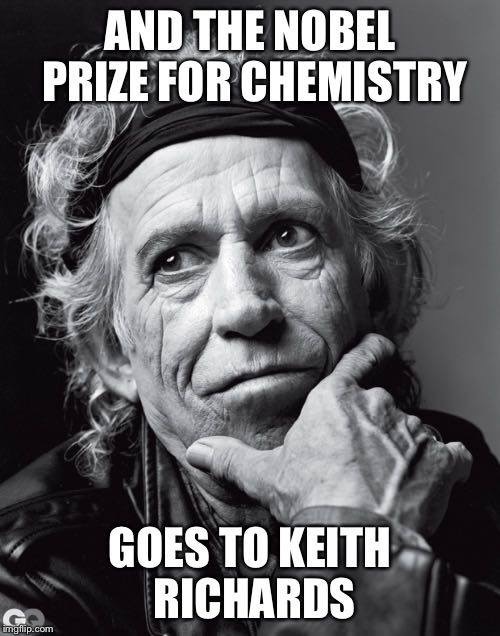