This is a sad beginning to the day: I awoke to find that there’s been yet another stabbing of civilians, this time in Russell Square, London, an area I know well. According to CNN, a woman was killed and five others injured in a stabbing attack, and the suspect is in custody. Mental health has been mentioned as a factor, as well as terrorism. As the CNN piece notes:

Officials briefed on the investigation told CNN earlier that based on early evidence, investigators believe the incident was a terror attack.

“The fact that they’re even mentioning terrorism leads me to believe that some of the witnesses and some of the victims may have said that this guy may have made some statements while he was carrying out the attack,” former FBI agent Bobby Chacon said.

“The normal posture is to calm the public and say we don’t have any information that it’s terrorism yet.”

London Metropolitan Police say a knife attack on Wednesday night that left an American woman in her 60s dead was spontaneous, and said the attacker’s victims were selected at random.

Police are looking at mental health issues as the main line of inquiry and essentially ruled out terrorism as the likely motive.

So it’s Thursday, August 4, and time is flying in Dobrzyn, what with walking, working, and eating pie. And somehow it’s appropriate that today is the Christian Feast Day of Sithney, of mad dogs.  On this day in 1944, the Gestapo found the hiding place of the Frank family in Amsterdam, arresting the whole lot. Anne, her sister Margot, and others were transported to Auschwitz, and then the sisters to Bergen-Belsen, where they died, probably of typhus. Anne was 15. On this date in 1964—and I remember this well—three young civil rights workers, Michael Schwerner, Andrew Goodman and James Chaney, were murdered in Mississippi by the Ku Klux Klan, probably with the help of the local police. Eight people were ultimately convicted of the murder, an event that helped galvanize the civil rights movement.

A: What are you doing there?
Hili: I’m looking into the future. 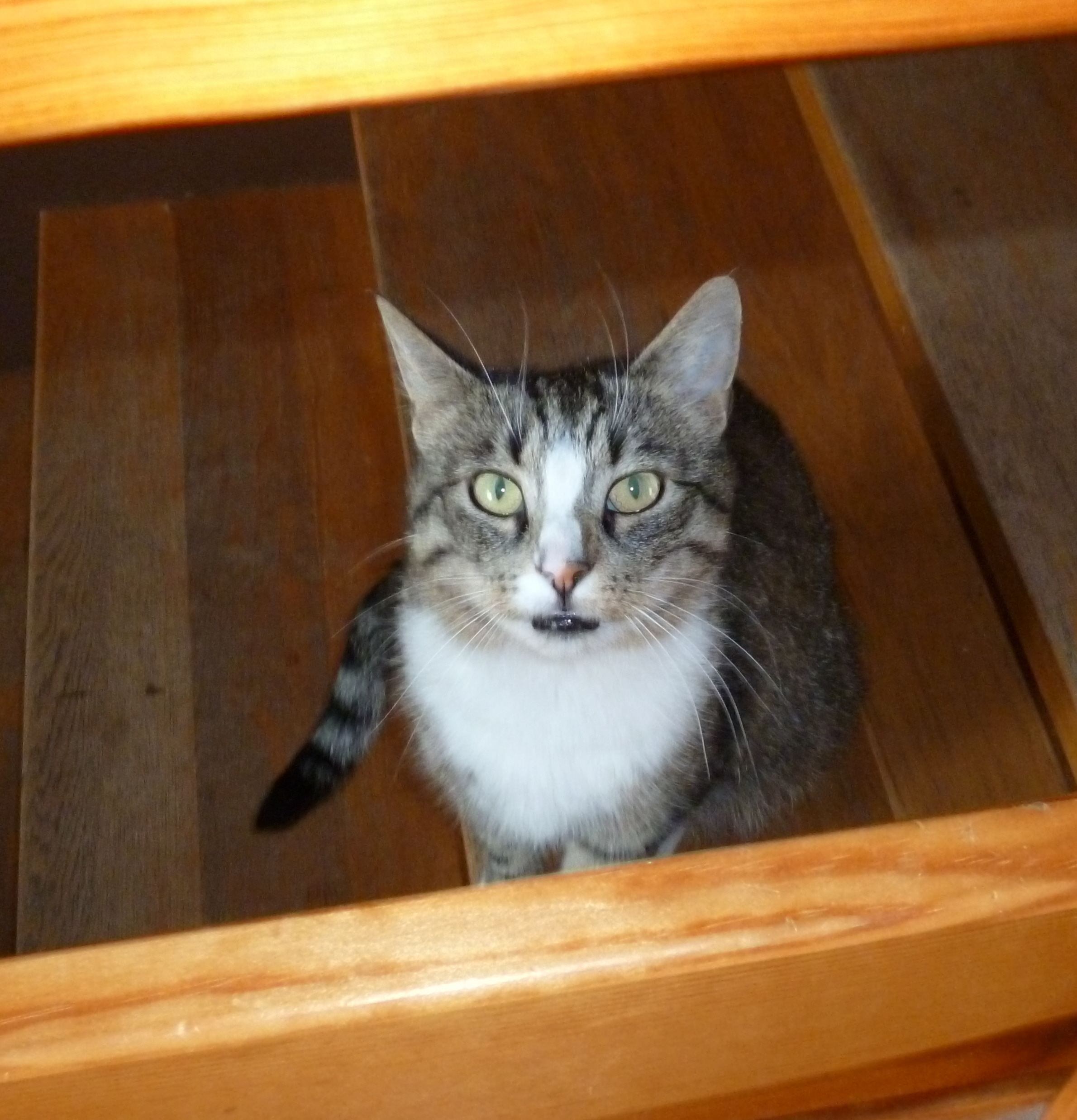