As I was not well most of yesterday, there’s not much to show except food and animals: I didn’t even go for walkies. But here, for what it’s worth, are a few holiday snaps.

First, another cherry pie was made with Malgorzata’s scrumptious walnut crust. She is keeping her vow that I will not go pieless during a single day that I’m in Dobrzyn: 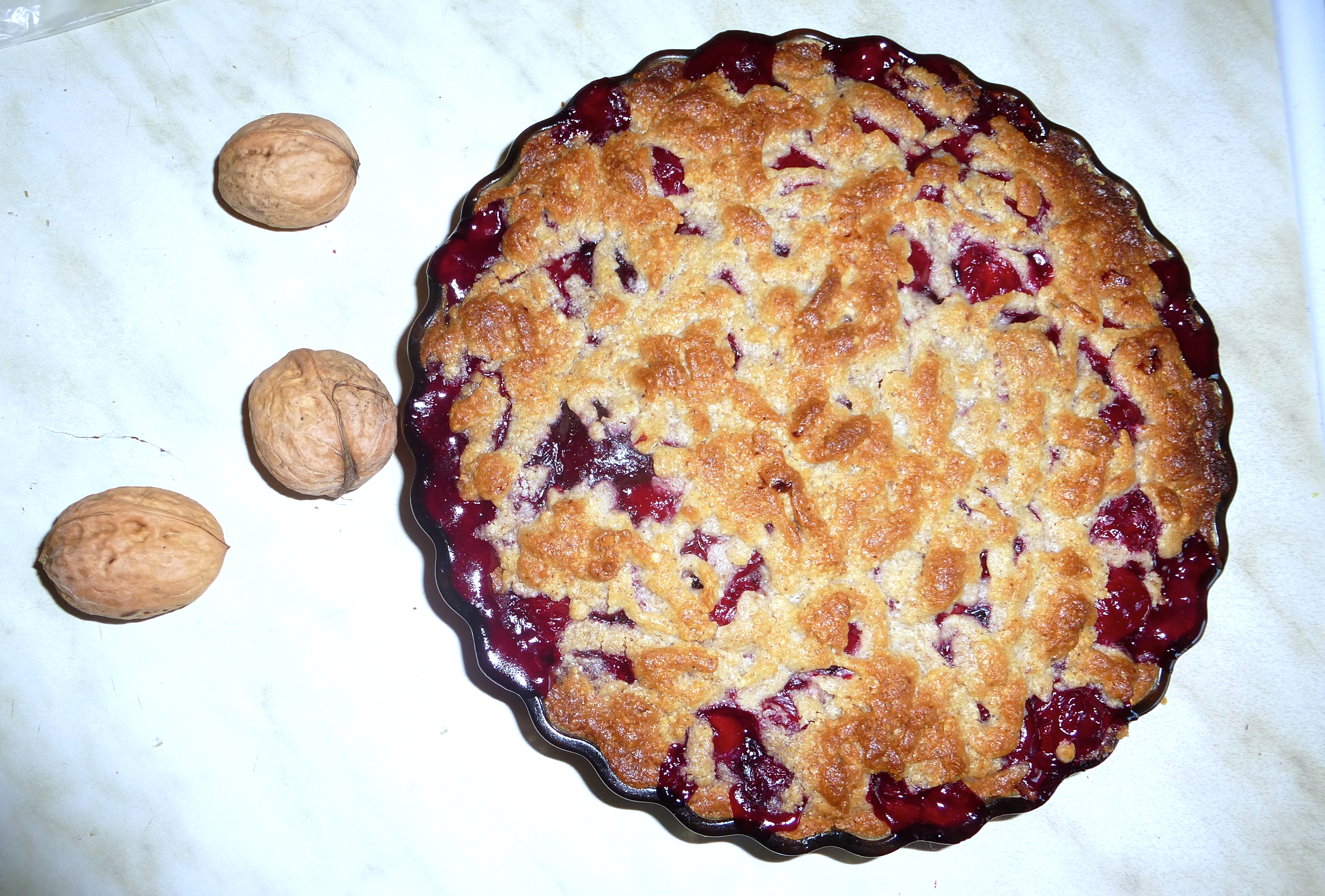 Paradise is not 72 black-eyed virgins, but rather a piece of homemade cherry pie on the couch, consumed in the company of The Princess: 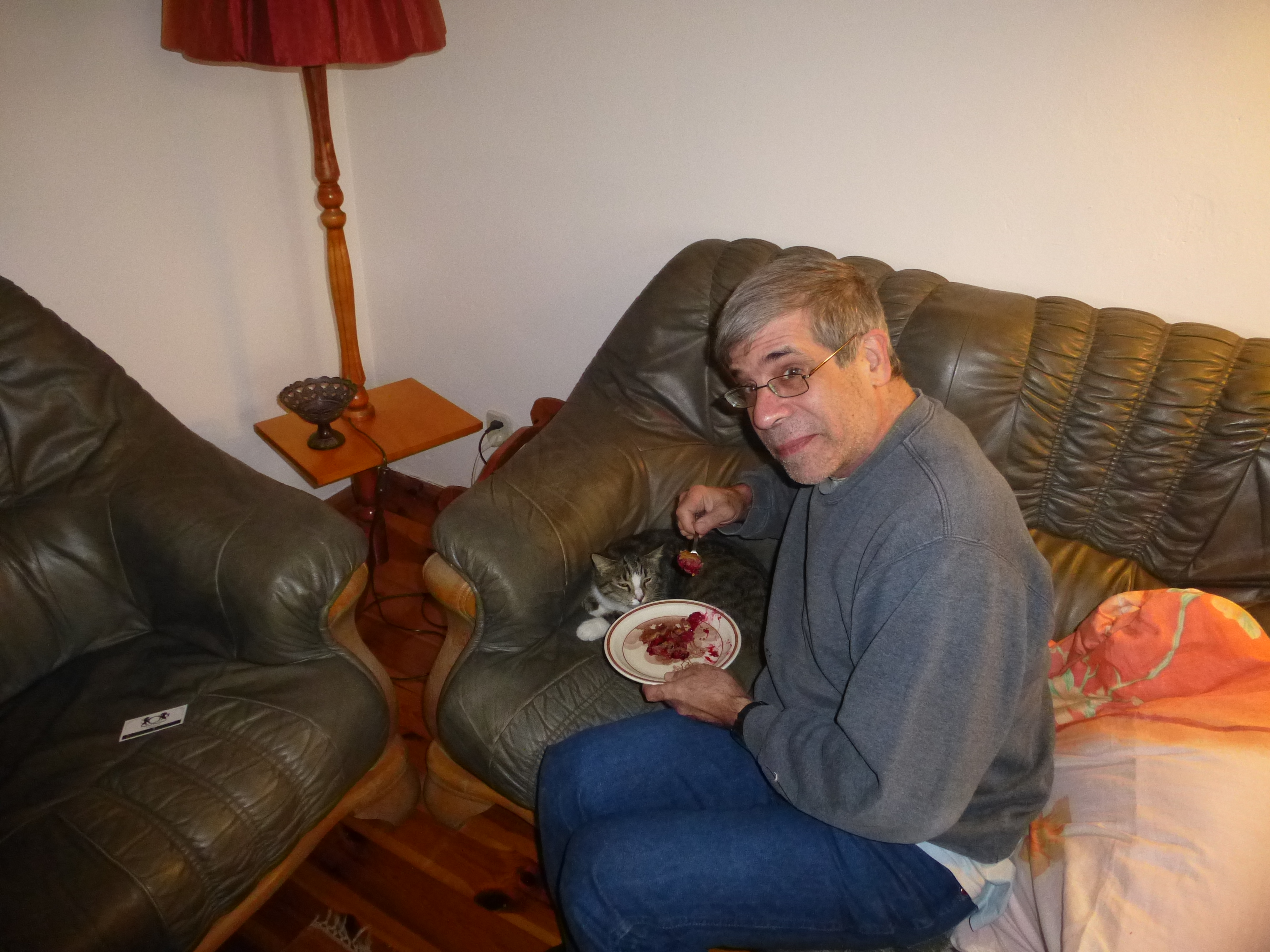 Cyrus is omnipresent, especially at mealtimes. Although he is not allowed to consume human food, his giant snout insinuates its way under your arm or into your lap when you’re dining. 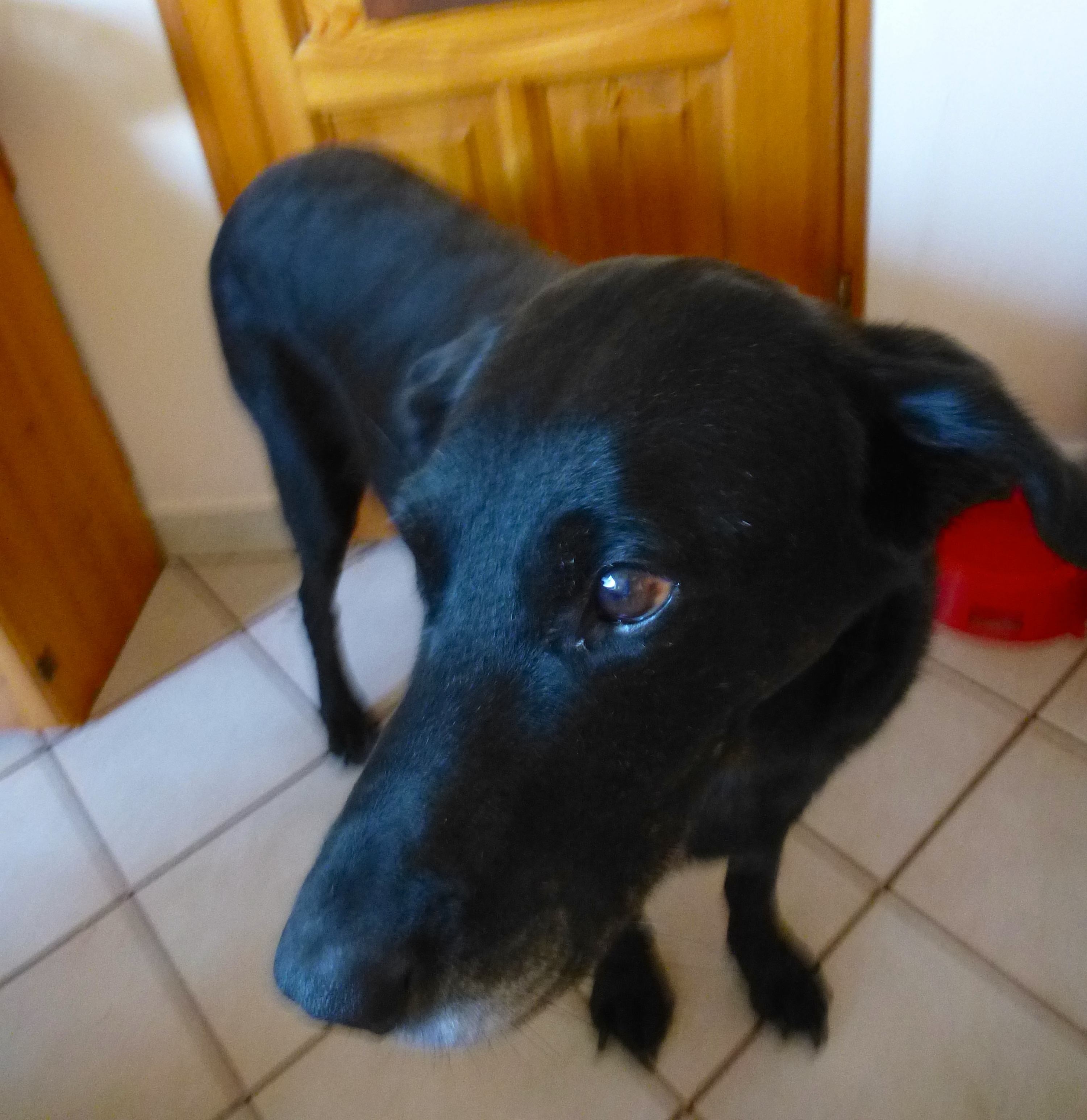 He has a capacious maw, much like that of of a baleen whale: 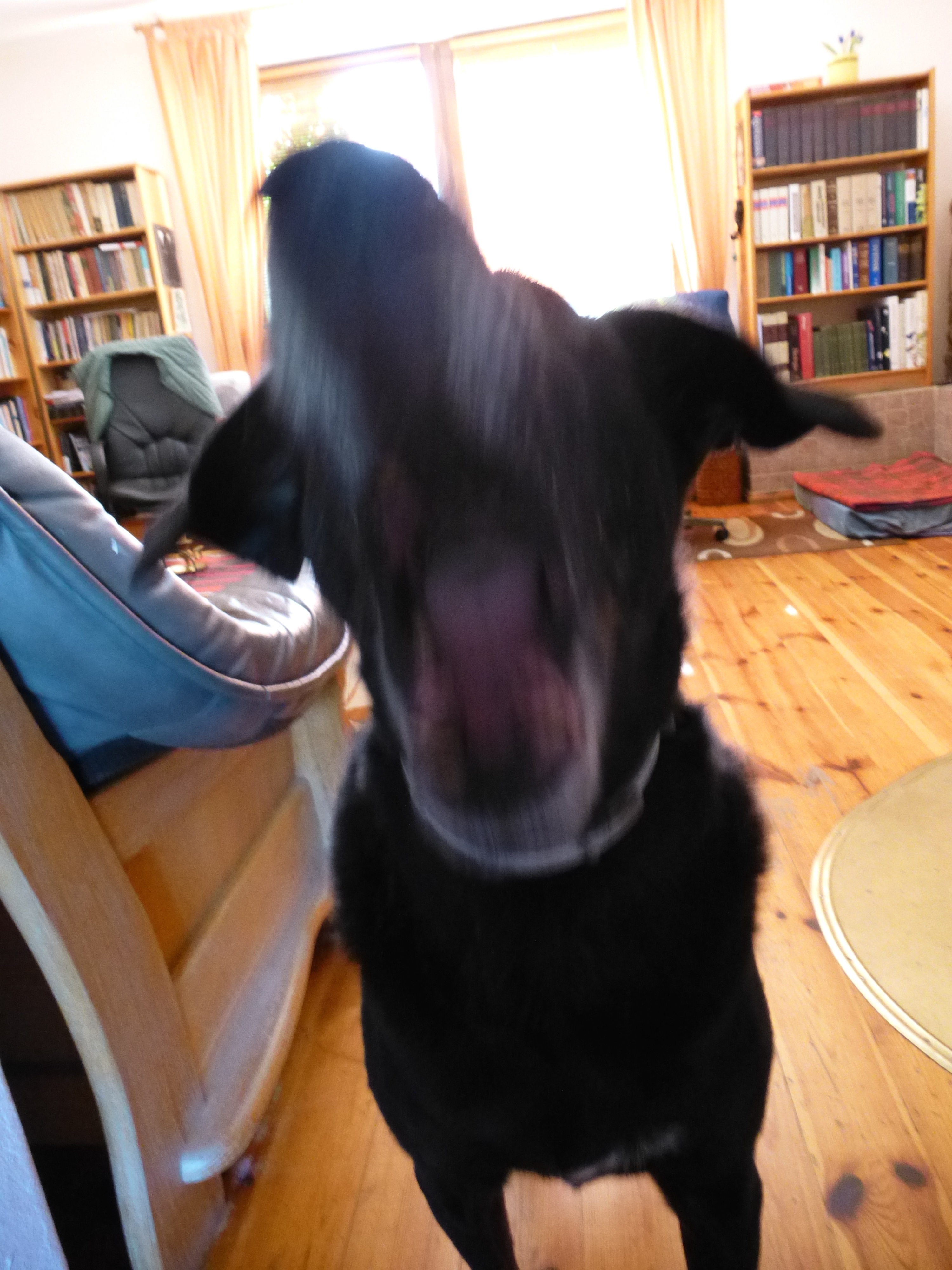 Because Cyrus and I are rivals for Hili’s affection, when she’s on the couch with me I must keep her out of sight. For when Cyrus sees her, he comes over and LOOMS, and she jumps off the couch to follow him to the dog bed. Imagine the indignity of being rejected in favor of a d*g!! So when Hili’s with me, I place her in the corner of the couch beside me so that she’s not easily seen.  When I get up for coffee or a bathroom break, I make a “Hili Wall” to keep her invisible to Cyrus, whose head you can see peeking from under the table: 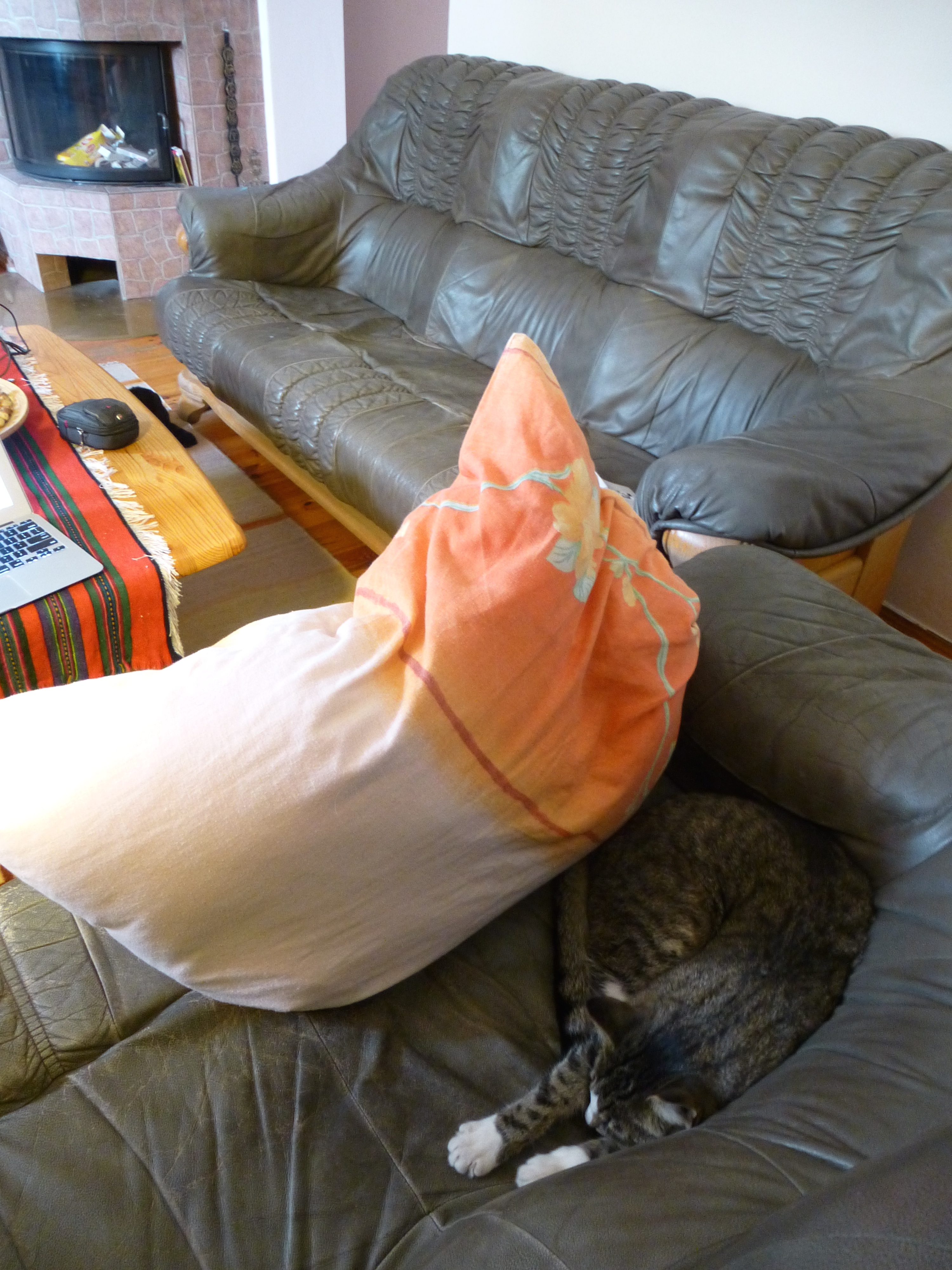 A Cyrus-eye view of the Hili Wall. As you see, the cat cannot be seen. But if he knew what was going on, he’d surely say, “Professor Ceiling Cat, tear down that wall!” 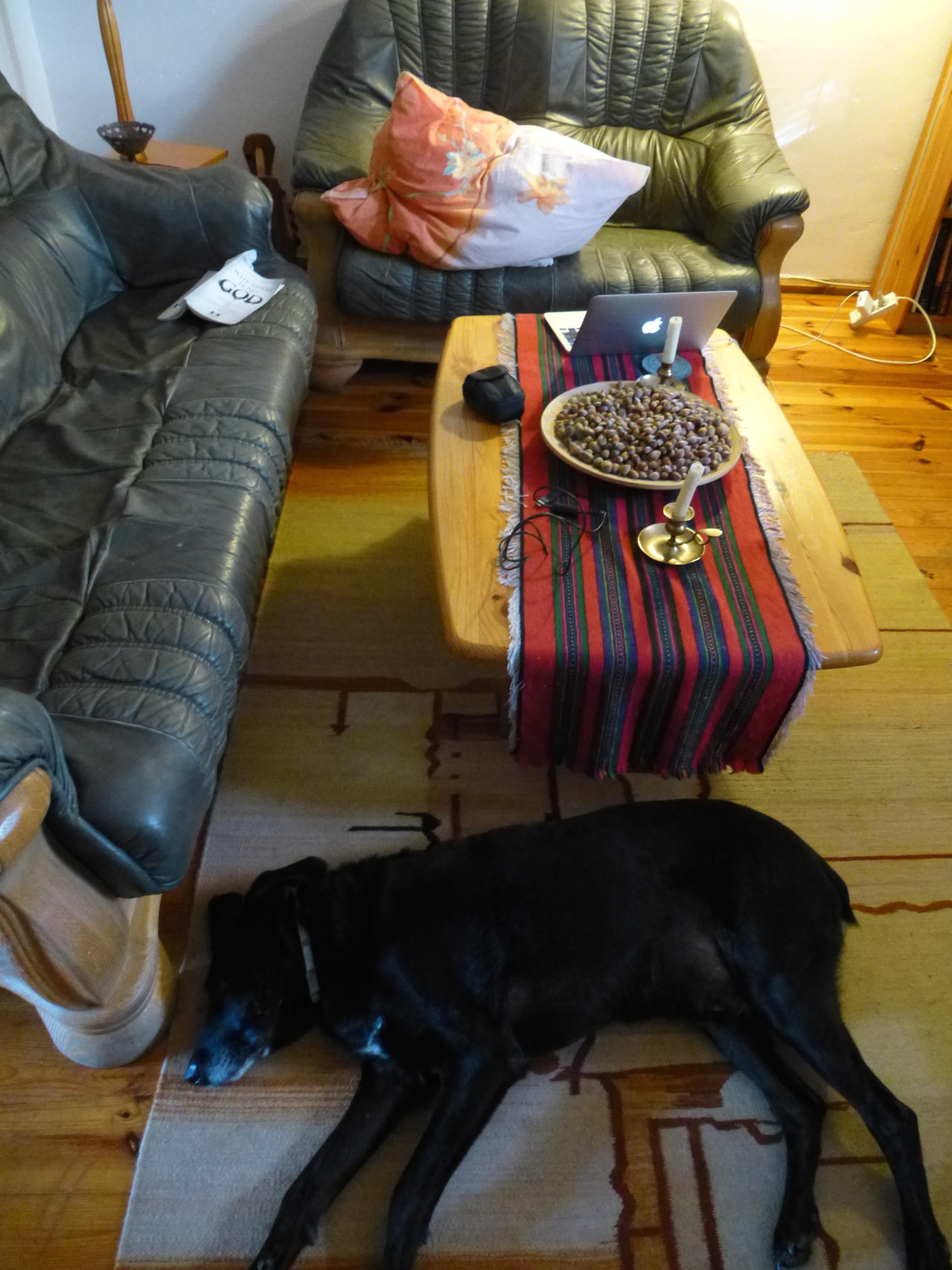 Finally, a simple but tasty dinner: Polish beefsteak with garlic butter, potatoes, chopped salad (a hybrid between salad and cole slaw), all washed down with a glass of cold Zubr beer. More pie was consumed after dinner. 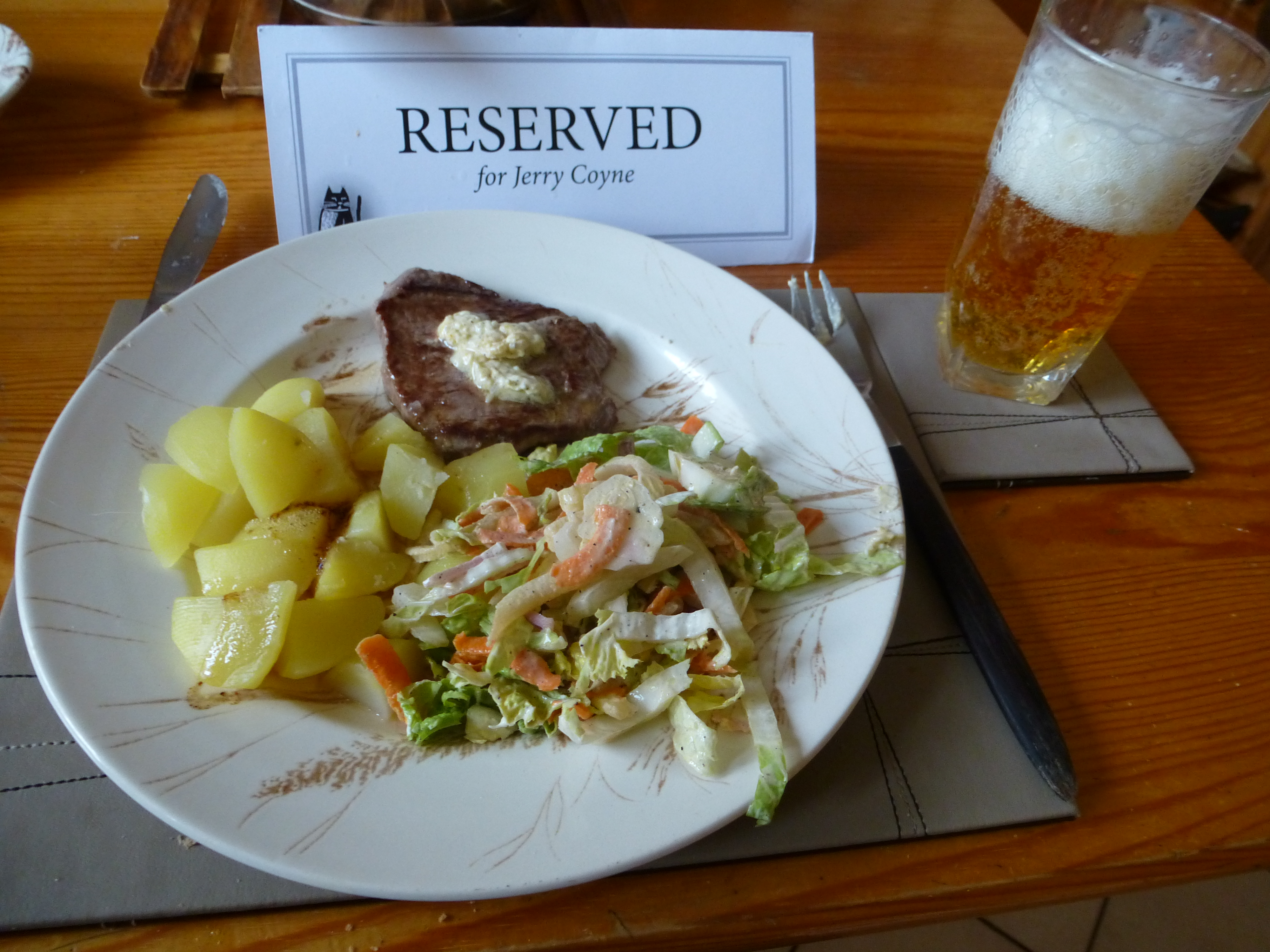 14 thoughts on “Friday in Dobrzyn”