Today we’re stretching the boundaries of “wildlife” again, so that this time it includes geology.  Reader Jonathan Wallace encloses some nice photos of the English coast that give some history:

These were taken from a coastal dune system a little way north of where I live in Newcastle upon Tyne, England.  During the last ice age there was a continuous land bridge across to the continent but this was broken when sea levels rose after the ice melted and there has been continual erosion of the east coast of England since then.  The current coastline was therefore in prehistoric times some distance inland, and the erosion of the dunes at this place revealed a band of peat beneath the sand created through the infilling of a fresh water mire.  Because of the anoxic conditions in the peat, wood and other organic material falling into it were preserved and, as can be seen in the pictures, there are lots of logs and bits of tree branch embedded in the peat and eroding out.  I believe the top of the peat layer has been dated to around 800 BC so a bit less than three thousand years old and the bottom layer is considerably older.  ‘Bog oak’ is commonly dug out of peat workings in Ireland and elsewhere and is often sufficiently well preserved to permit its use as a sought after wood carving material. 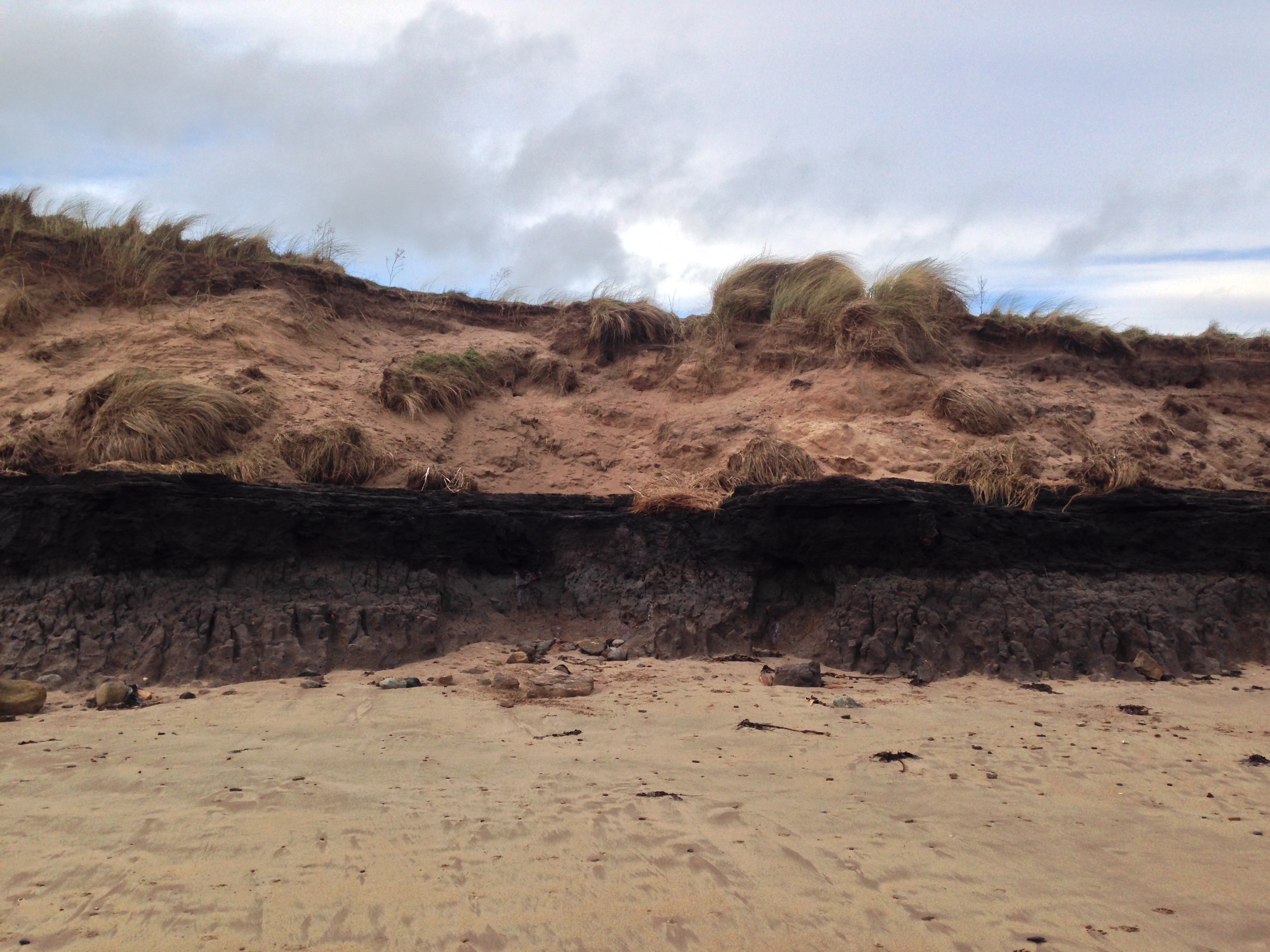 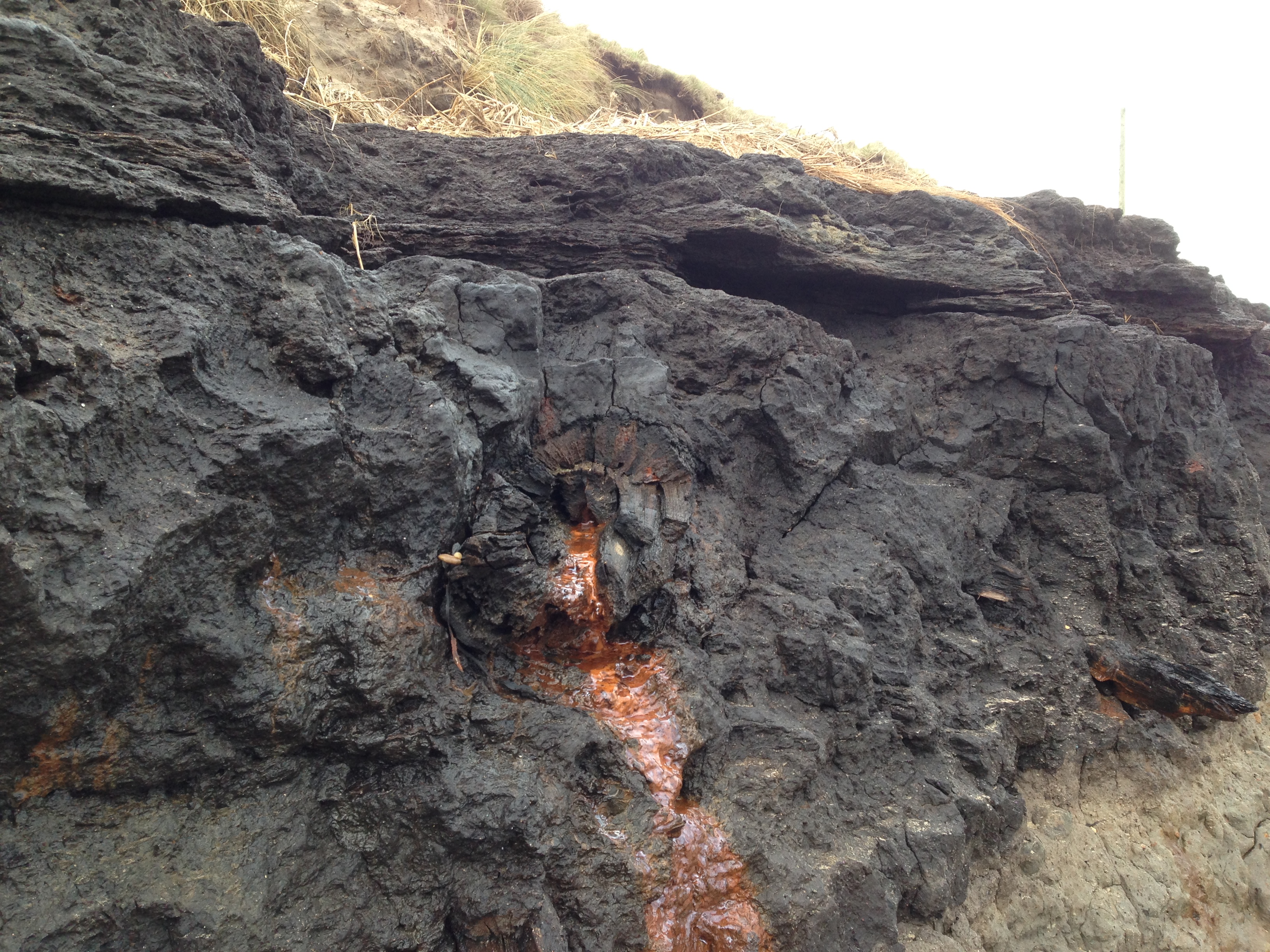 The remains of trees preserved in peat: 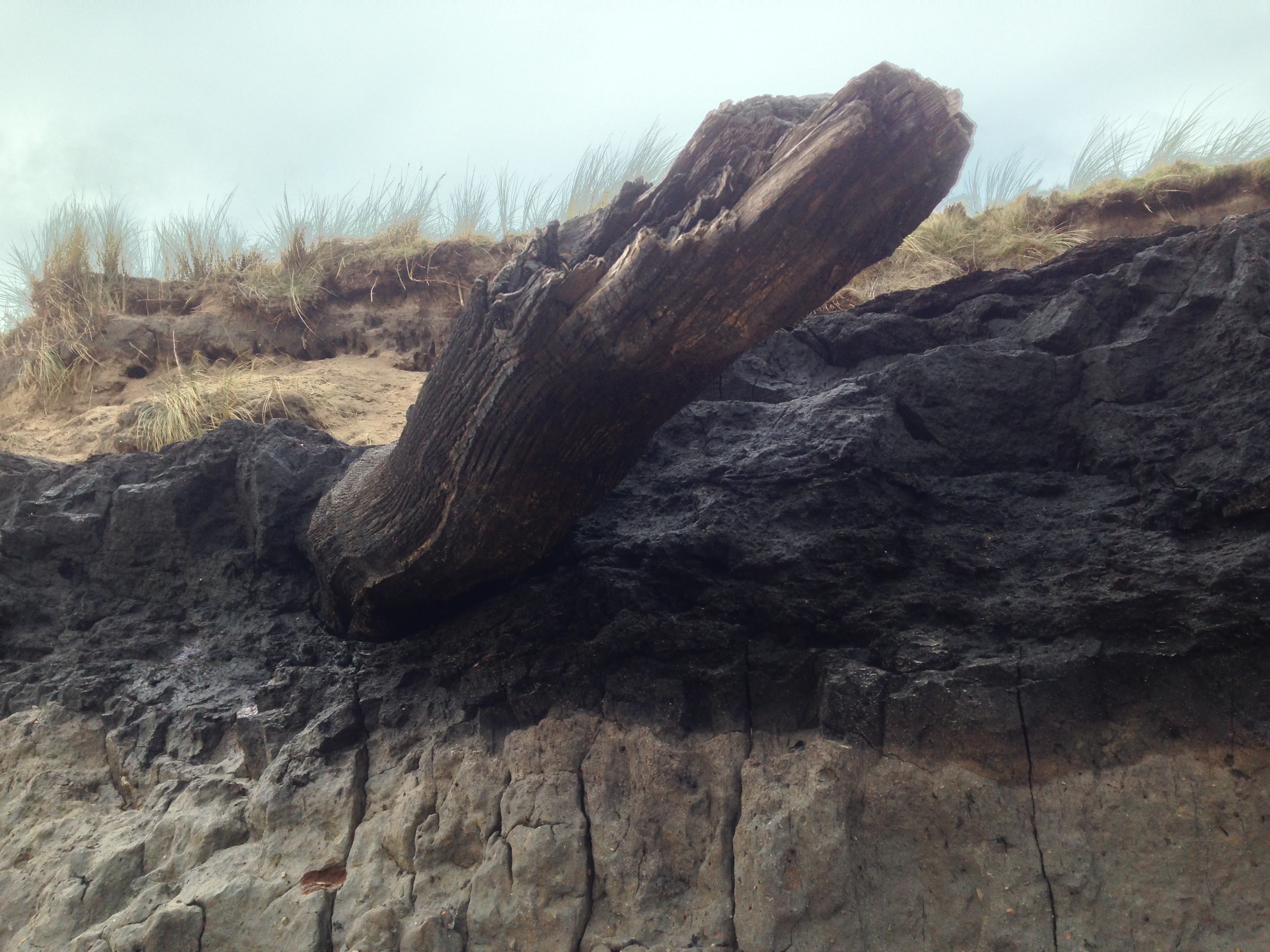 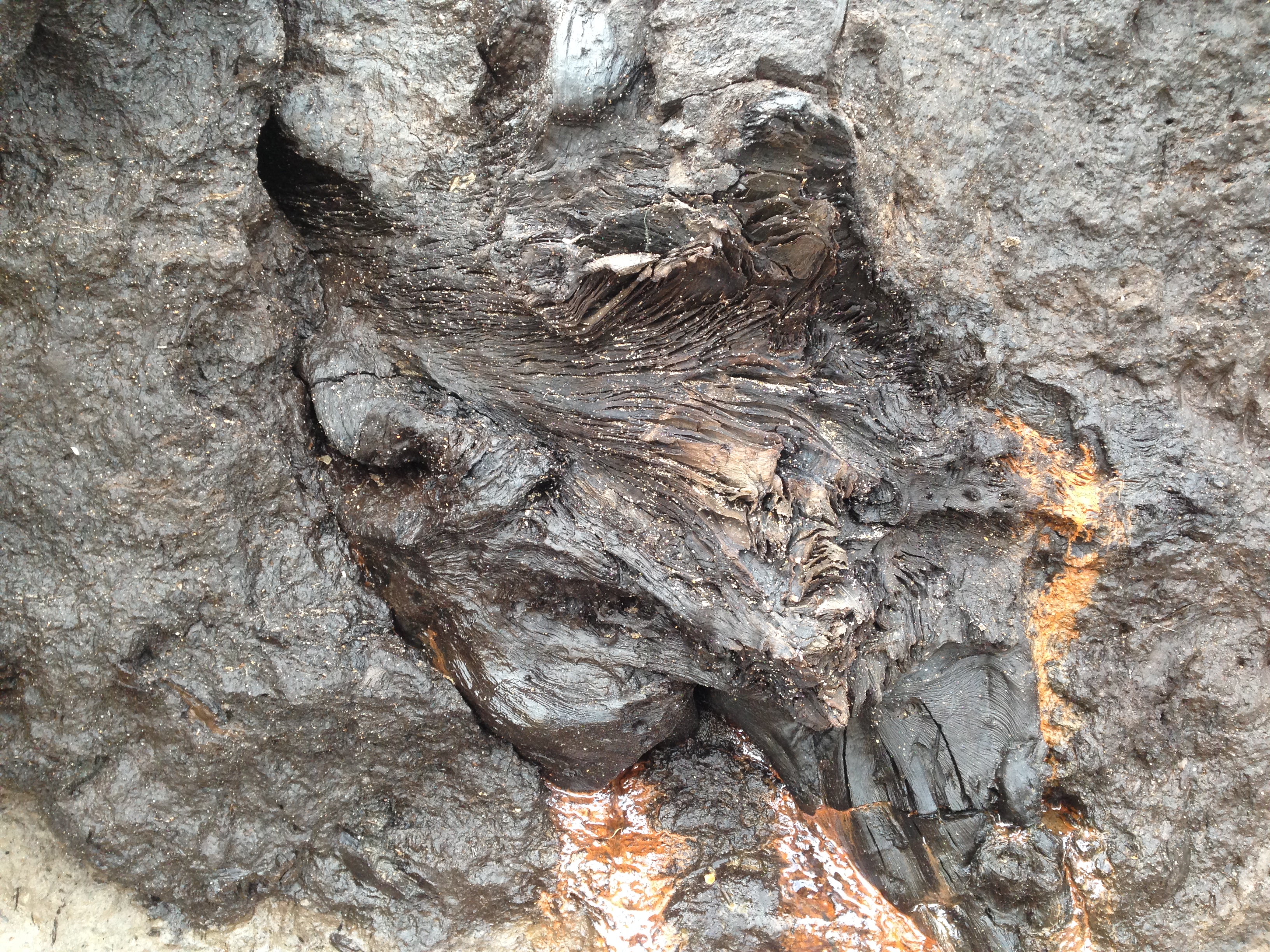 Finally, if you want your ration of critters, here are some lovely photos sent in by a new contributor, Keira from Australia: 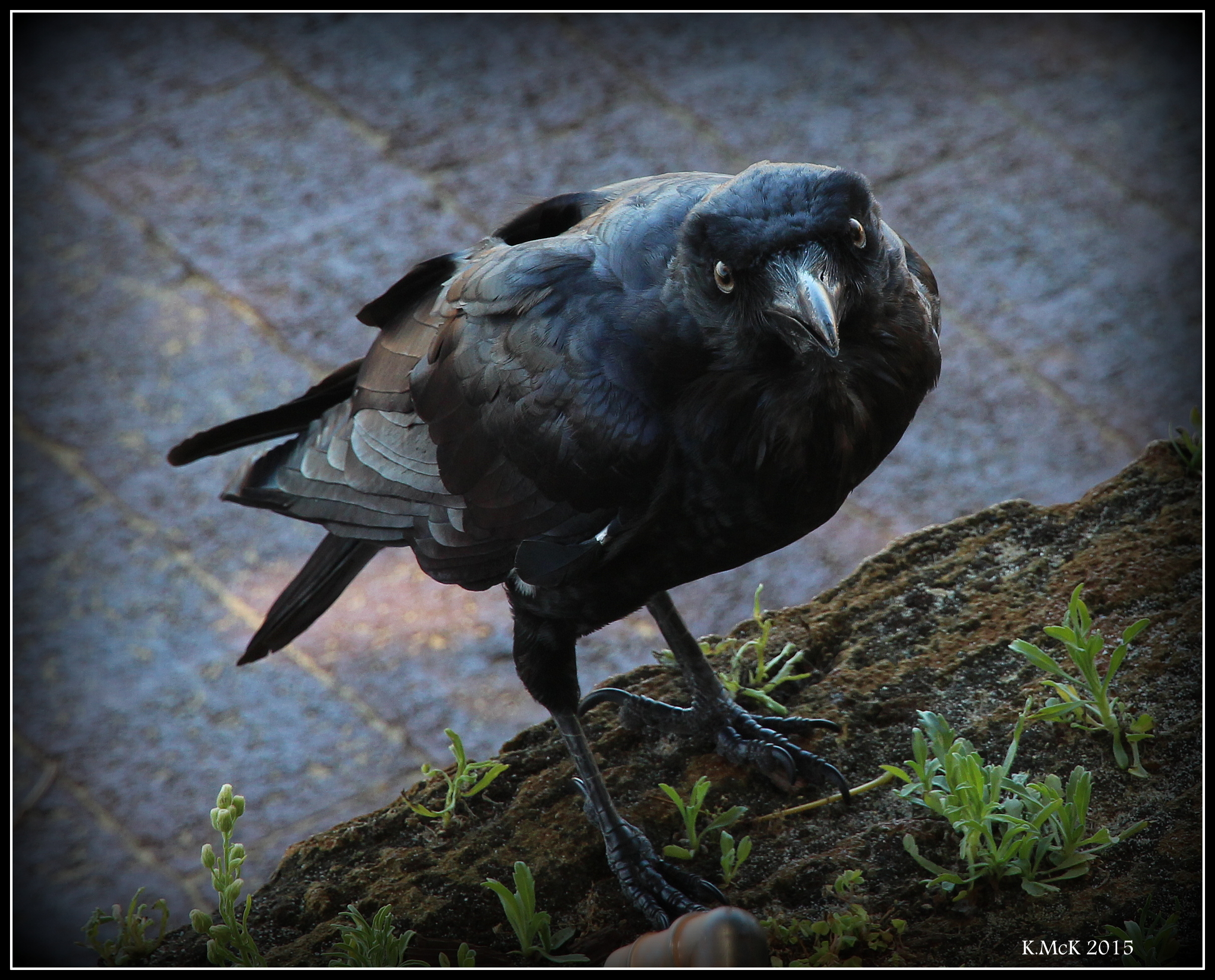 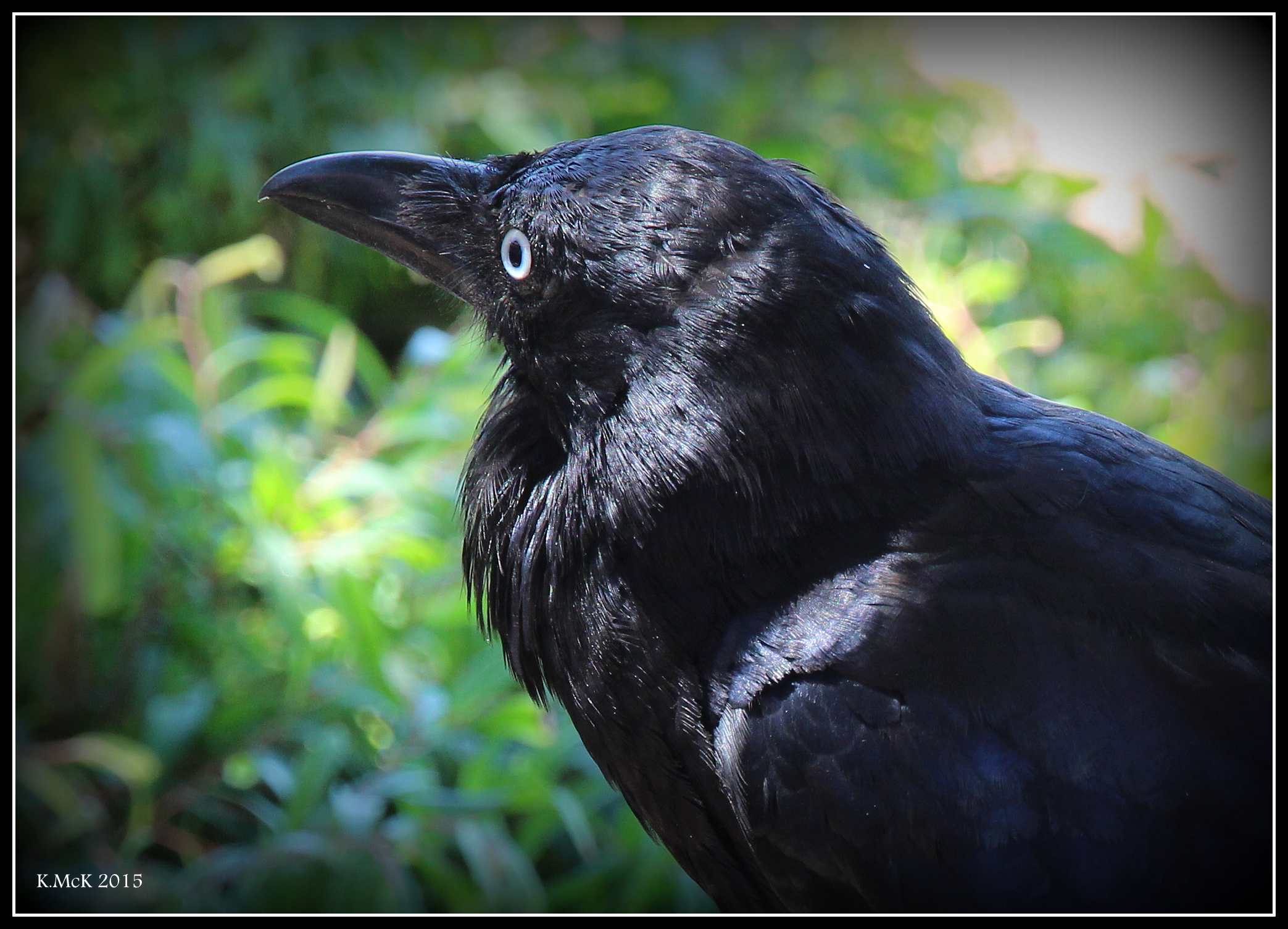 Here is a newcomer to the neighbourhood – a hobby falcon [JAC: probably the brown falcon, Falco berigora]. It was really windy and I don’t have a fantastic zoom lens. I think he’s a juvenile looking to establish a territory around here, ’cause he’s been here on 3 occasions.  I’m in the inner city – not at all rural. 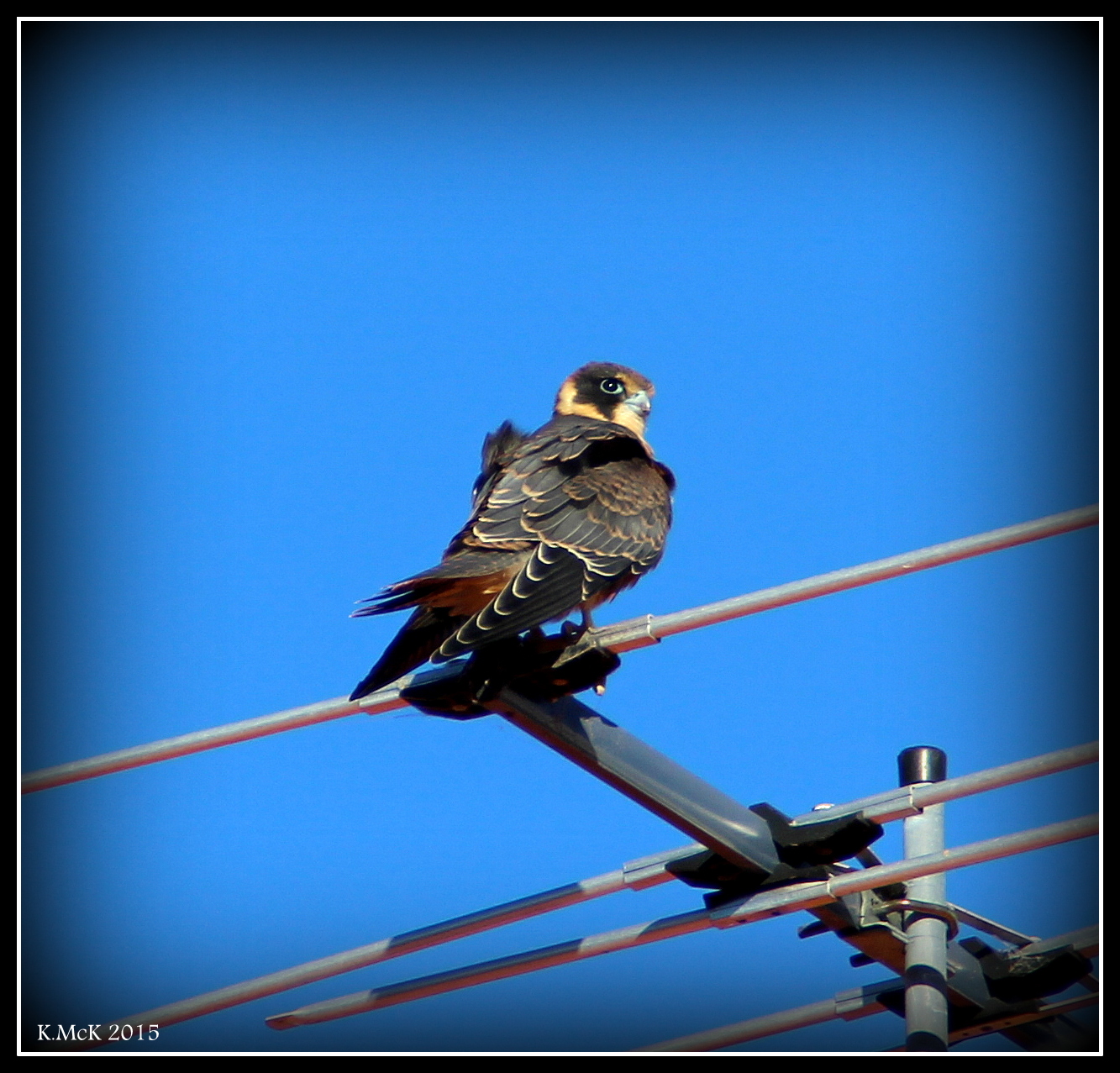 I like this portrait of my fluffy girl – she looks very serious: 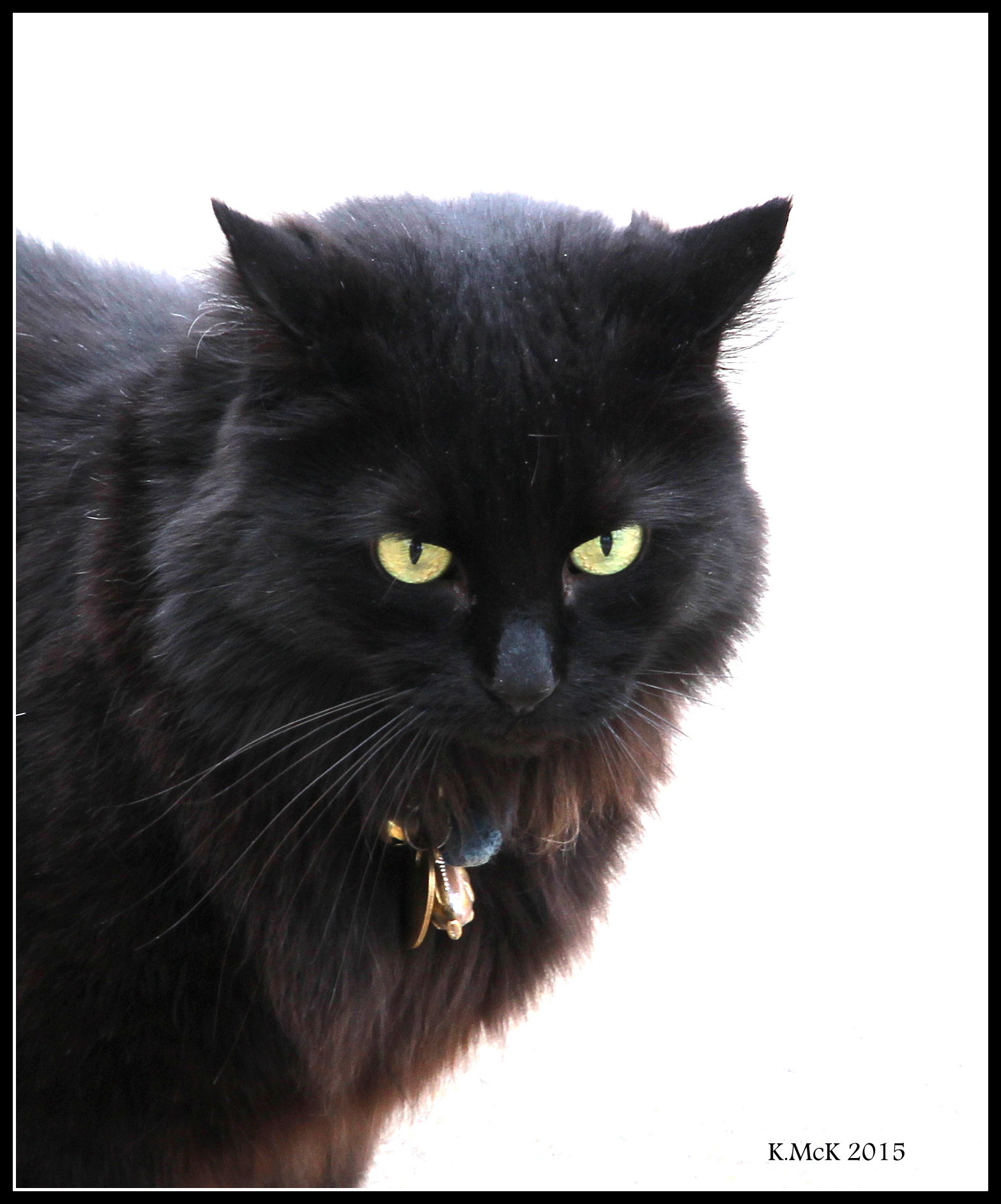