Well, I calculate that I have about three days’ worth of wildlife photos left, and then this feature will either close or become sporadic. Please send in your photos if you want to keep this feature going. Thanks!

Today we have a batch of photos from ecologist Susan Harrison. Her captions are indented. and you can click the pictures to enlarge them.

Recently there have been several nice drenching rainstorms in northern California.  We need a lot more to end the severe drought.  Still, it’s heartening to see the fields fill with puddles and the ditches fill with runoff, since standing water brings the landscape to life with animal activity. Almost all of the scenes below are from the Central Valley around Davis in November-December 2022.  The tidbits of information are mostly from Cornell Lab of Ornithology’s All About Birds website.

Wilson’s Snipes (Gallinago delicata) have eyes set so far back that they can see almost 180 degrees. Combine that with their stripy camouflage and zigzaggy flight, and hunting Snipes would require one to be a skillful… sniper… which is where the latter word comes from: 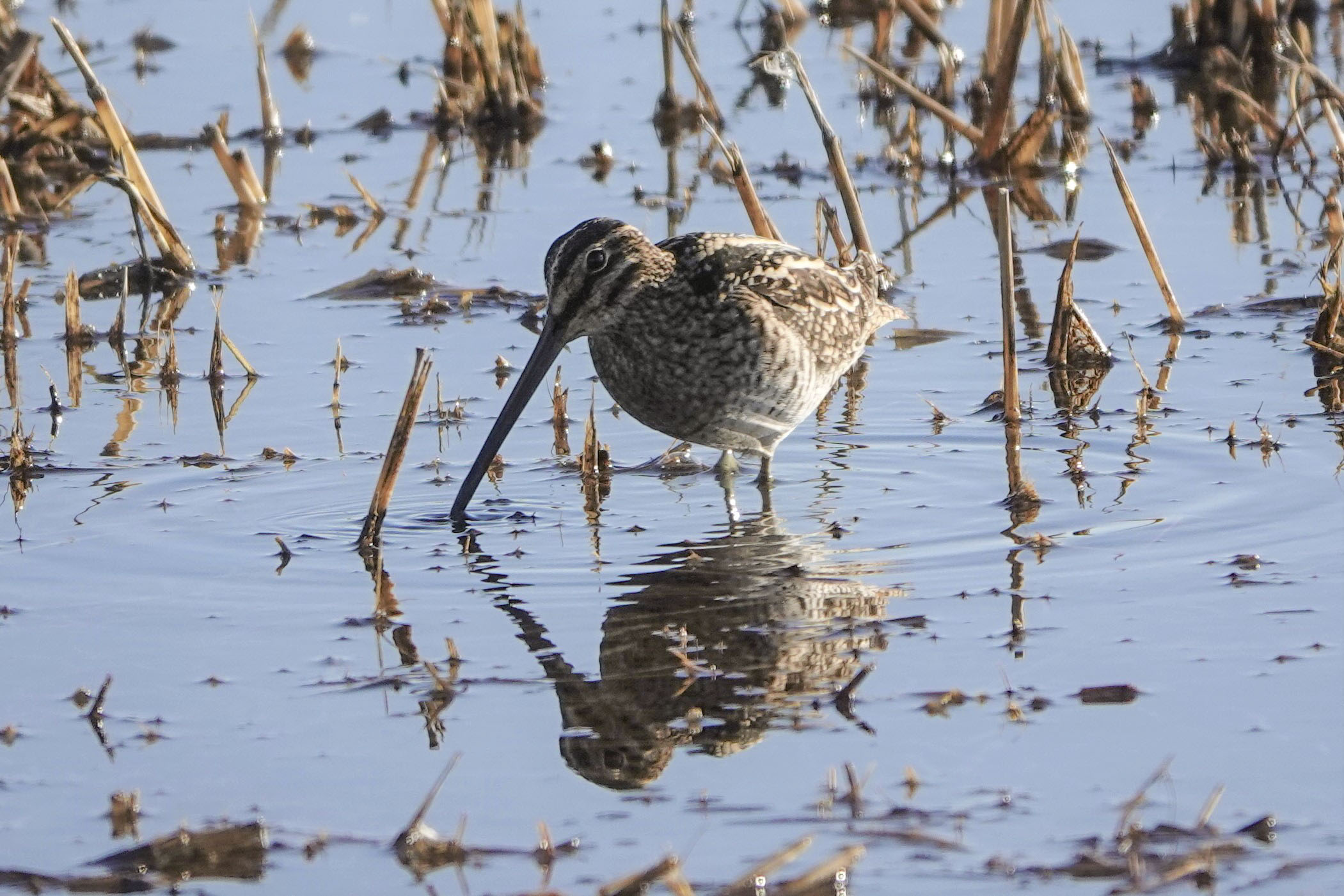 American Pipits (Anthus rubescens) are delicate birds that bob and wag their tails while hunting in standing water for aquatic insects, and they are much easier to hear than see as they fly around saying their name. 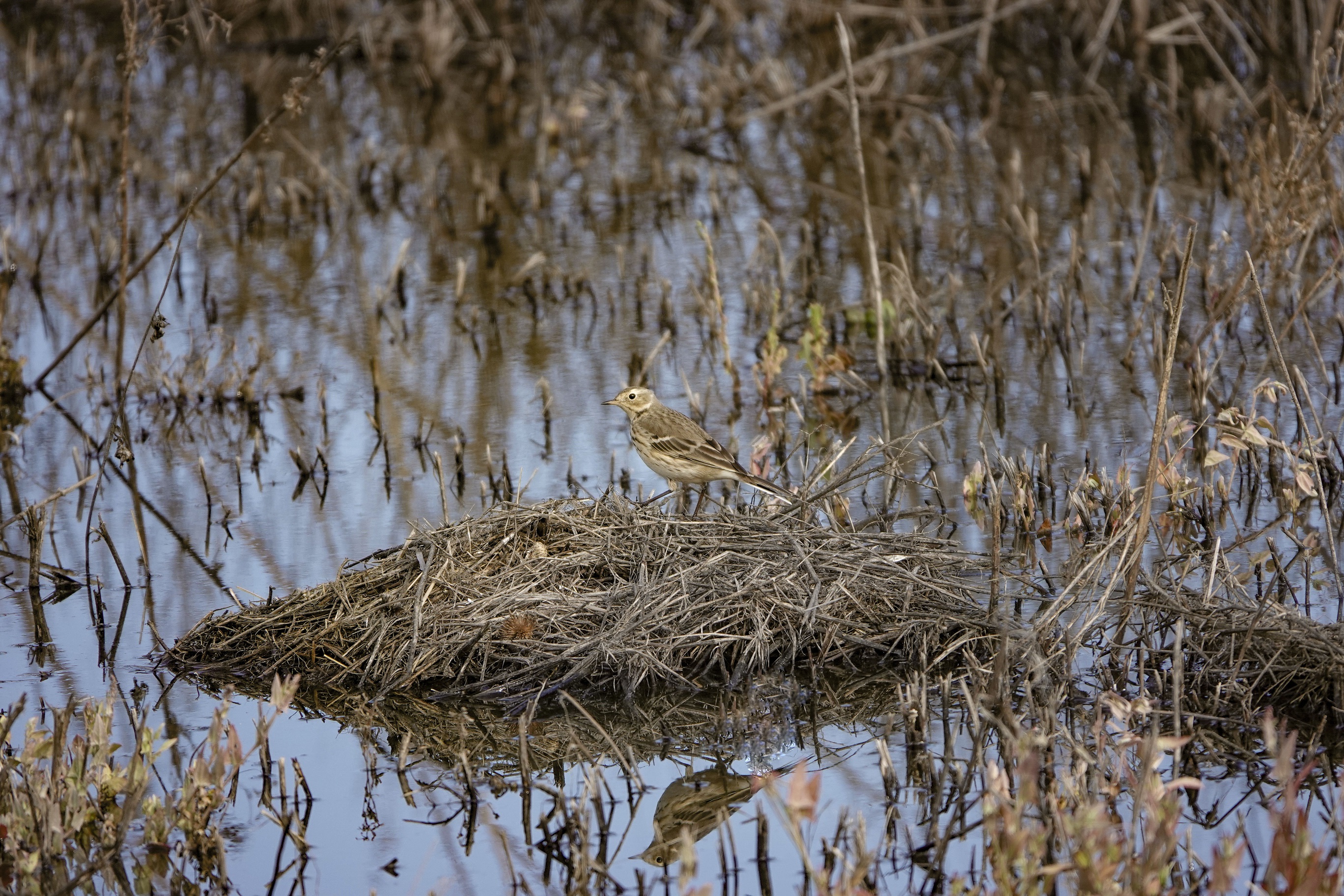 Soras (Porzana carolina) are found throughout the Americas, but the Central Valley is one of their few year-round locations.  It seems amazing that such round, stubby-winged birds can actually migrate between North and South America. 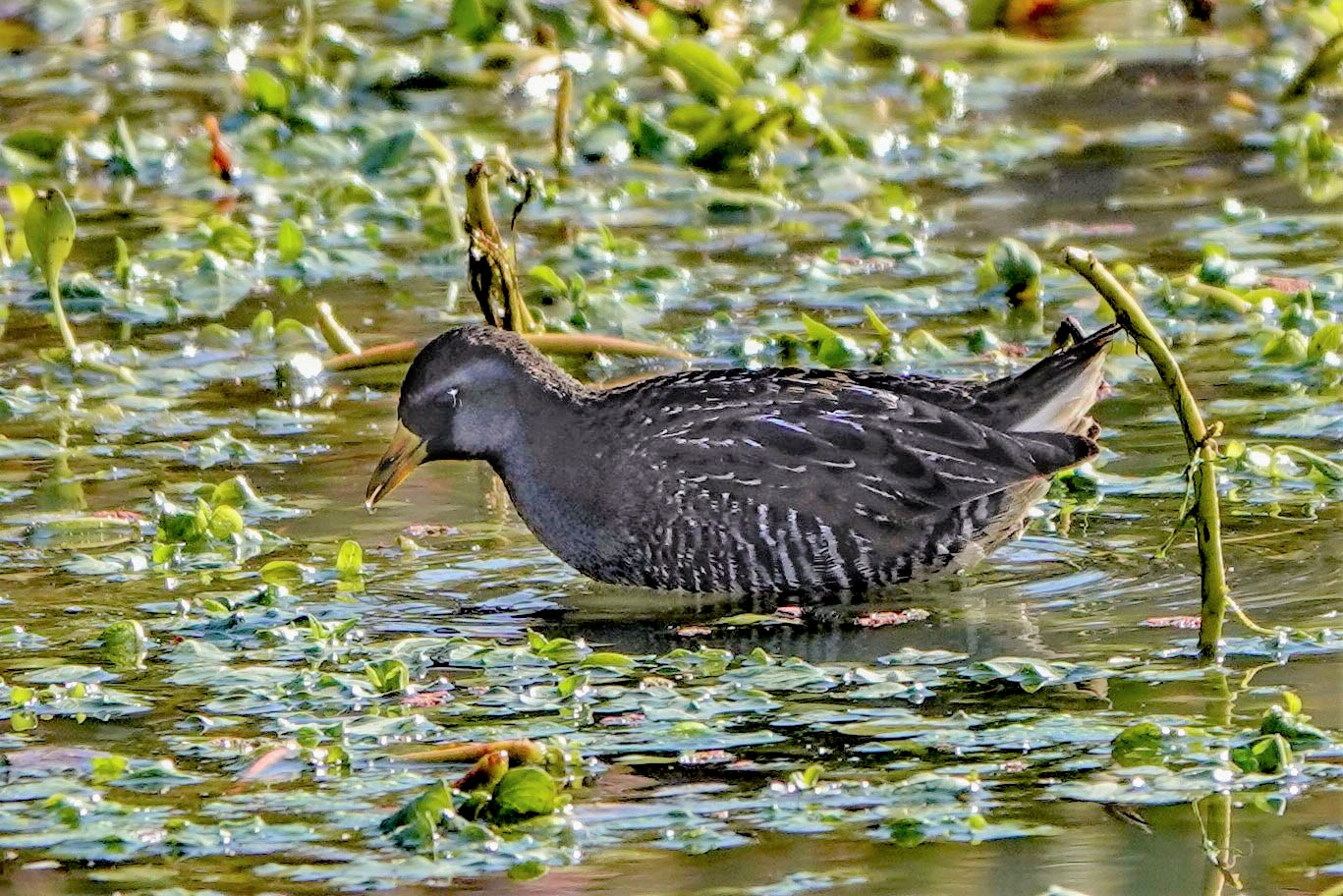 Pied-billed Grebes (Podilymbus podiceps) control their buoyancy by trapping water in their feathers.  This one is in the process of vanishing downward like a feathered submarine. 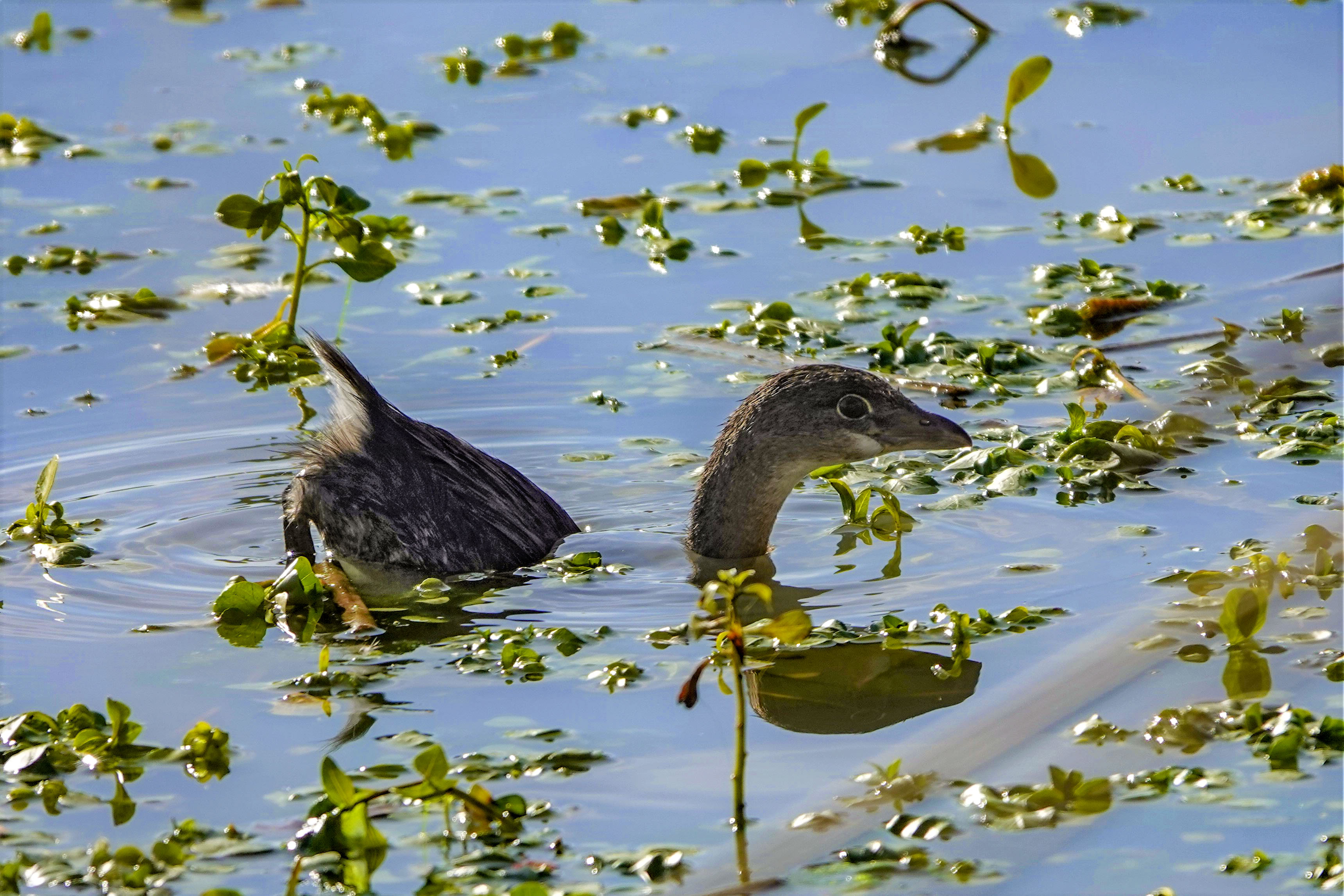 North American River Otters (Lontra canadensis) were rare here until recently, but have made a remarkable comeback thanks to waterway cleanup and protection from hunting. They somehow travel overland to reach just about any fish-containing water body, even the UC Davis duck pond.  This one is in a ditch in farmland. 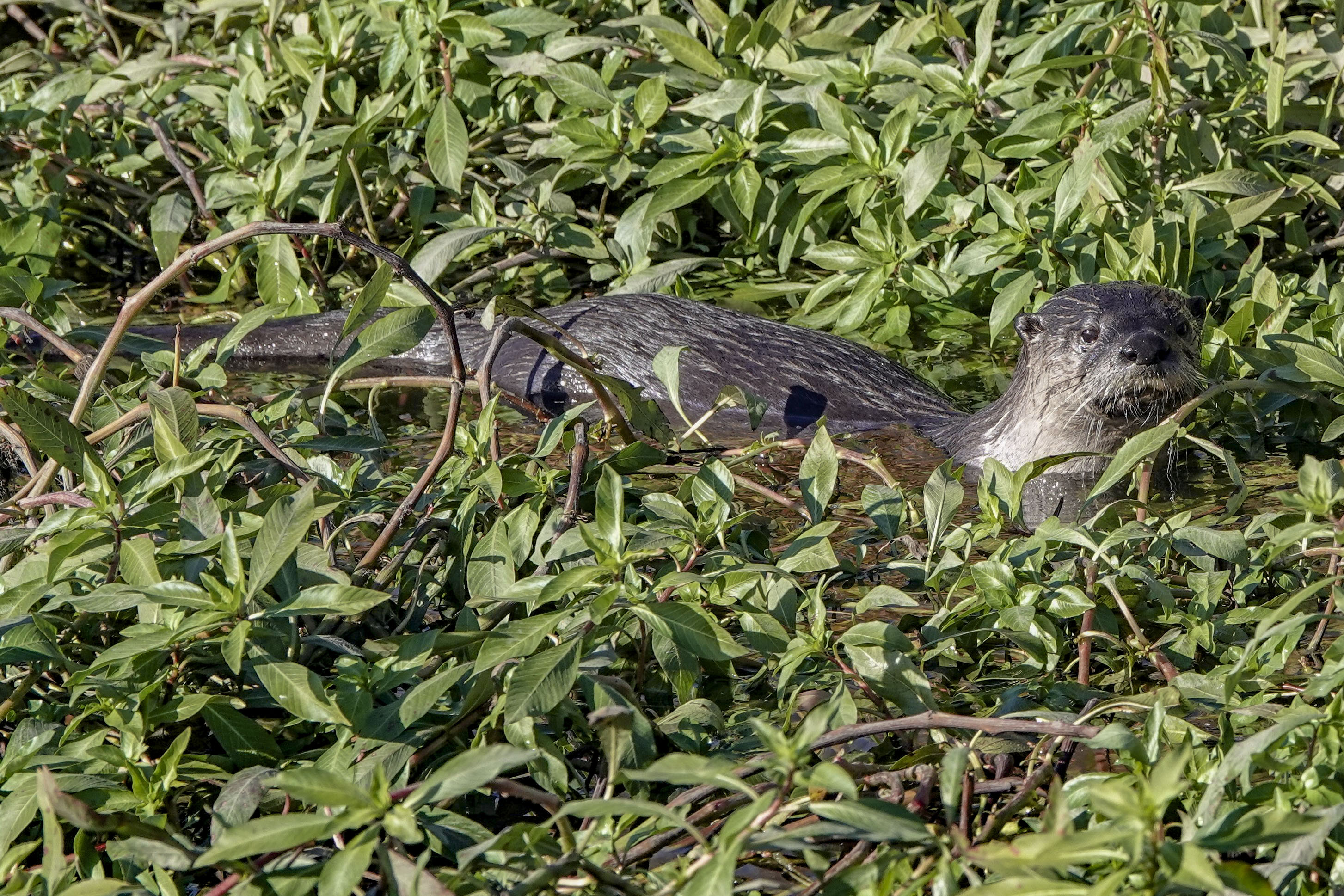 These three juvenile Raccoons (Procyon lotor) were foraging together in a wet ditch when an intruding birdwatcher sent them into a defensive huddle. 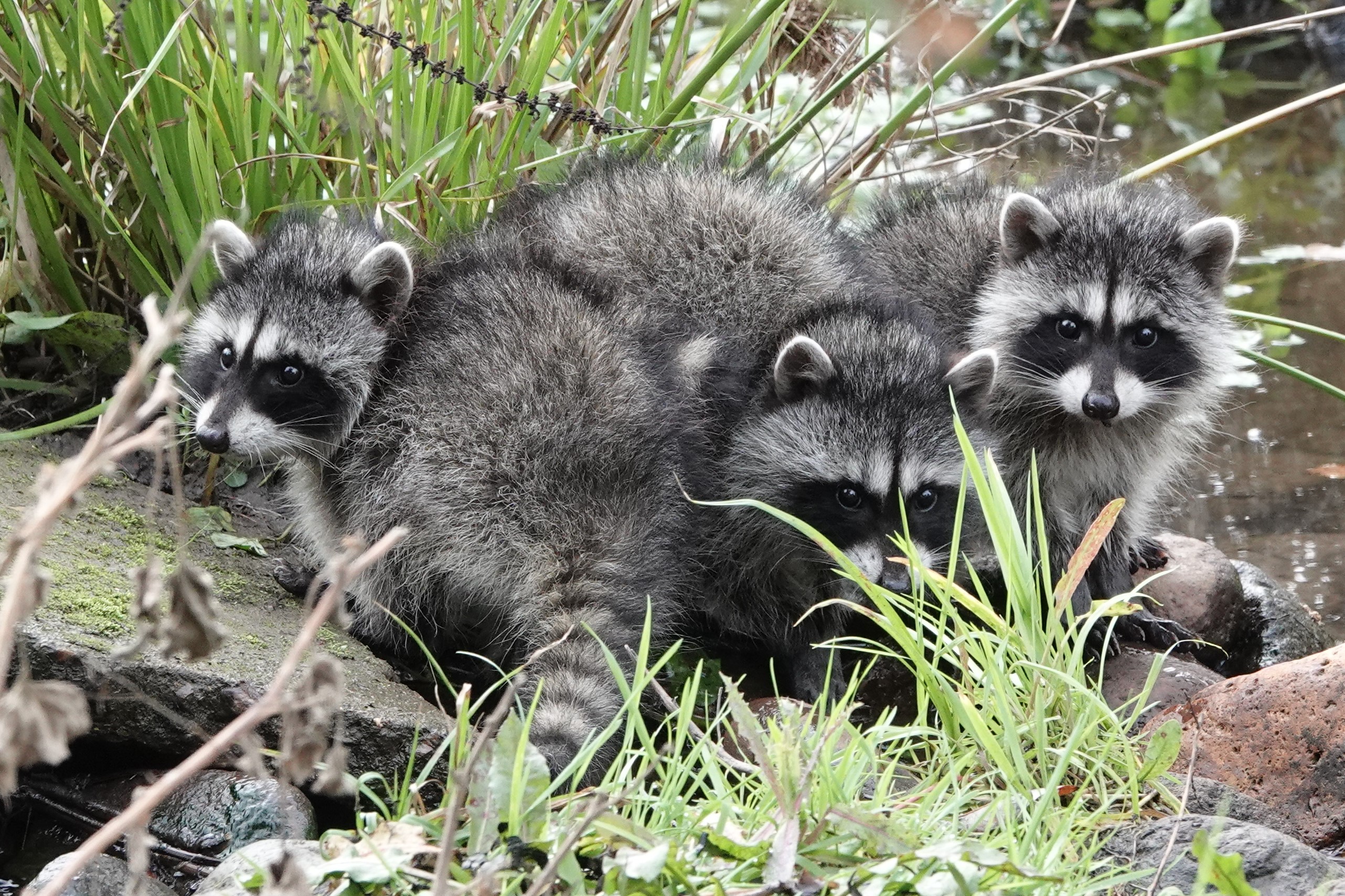 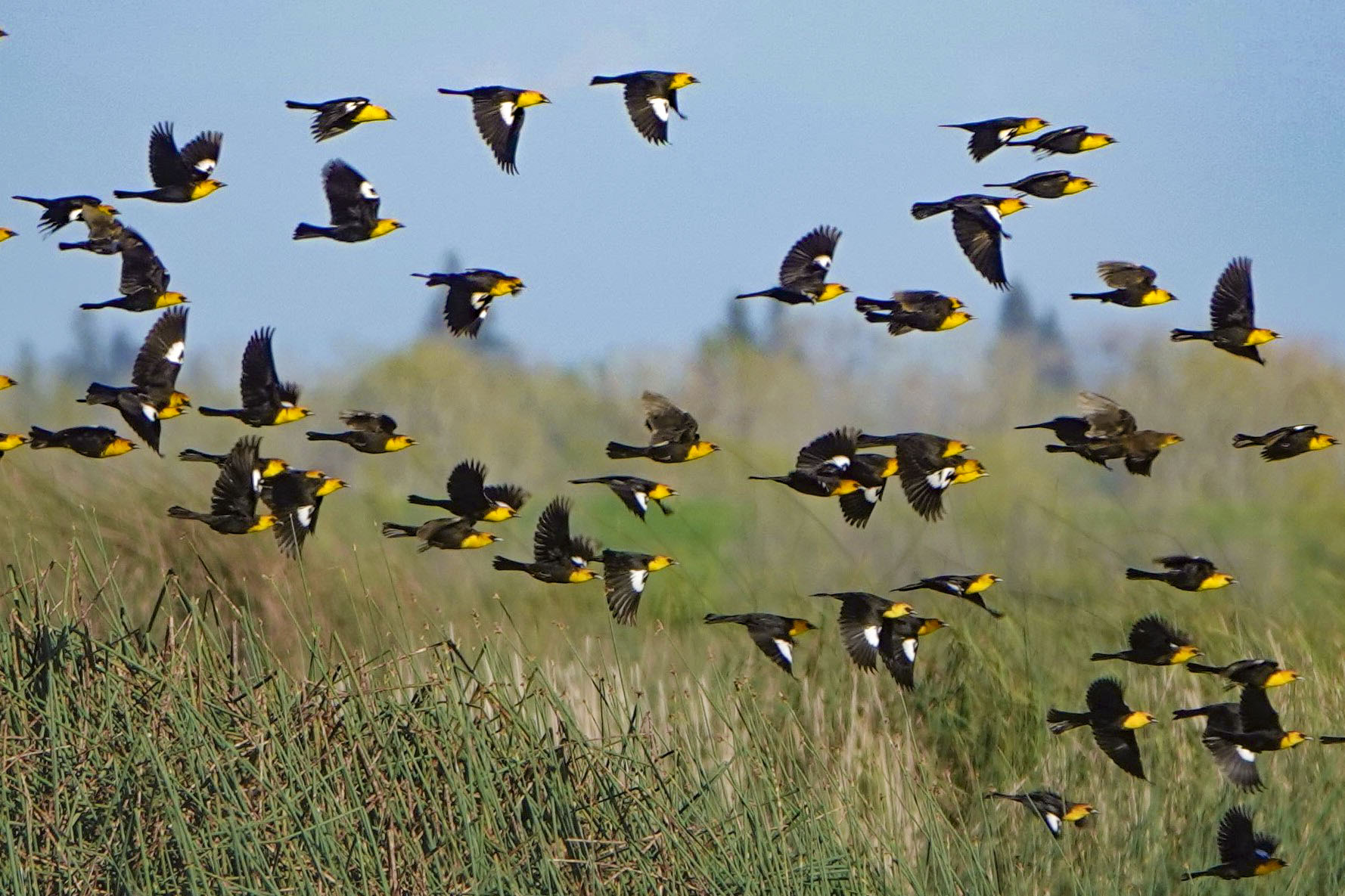 Marsh Wrens (Cistothorus palustris) are fierce little devils that will fight with larger birds.  They also pierce eggs and kill nestlings of their own and other species.  If you play their call they will come out spoiling for trouble. 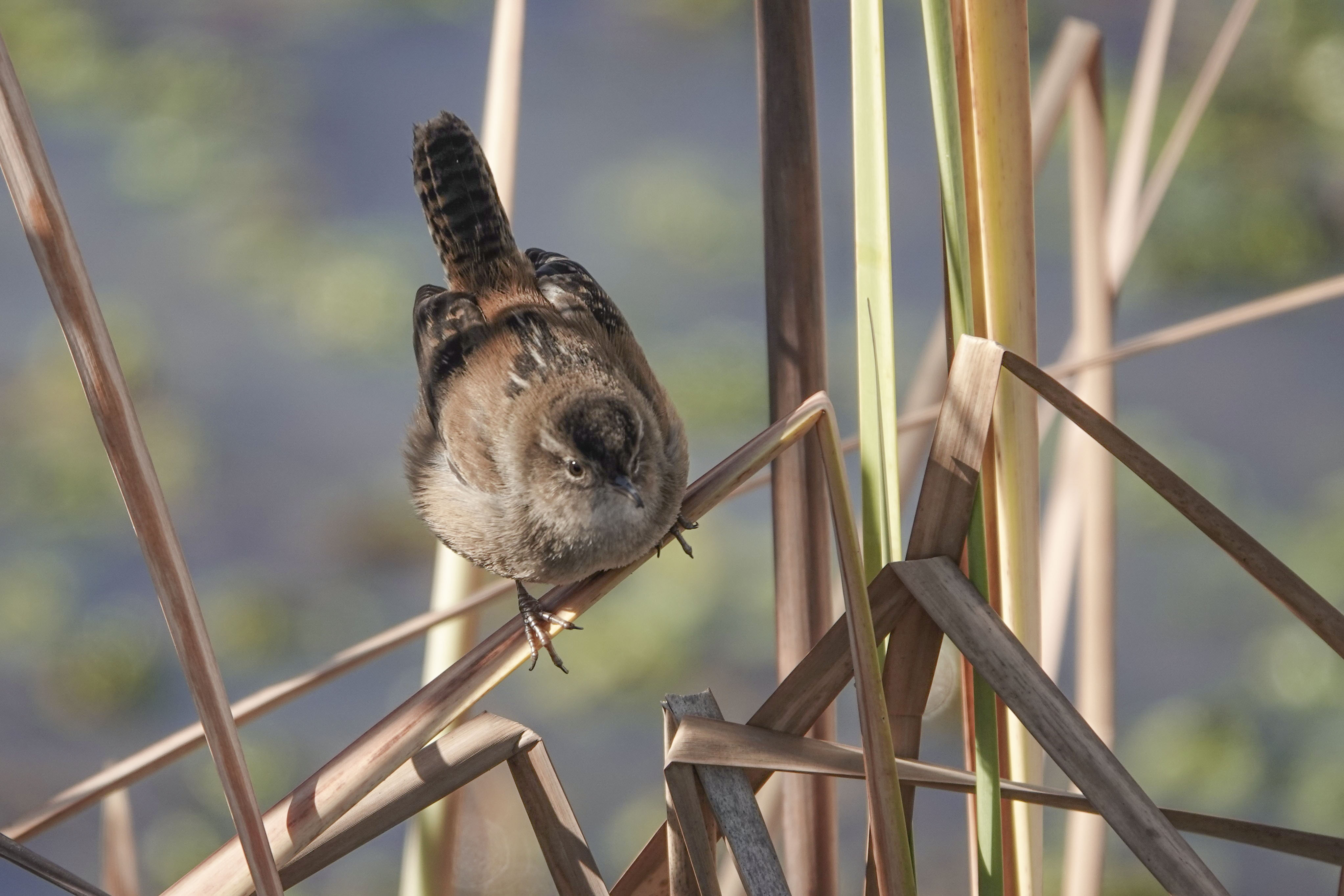 Belted Kingfishers (Megaceryle alcyon) make a raucous rattling call as they zip over streams and ponds looking for fish.  They nest in streambanks, and their breeding range has expanded thanks to human-made embankments like road cuts and gravel pits. 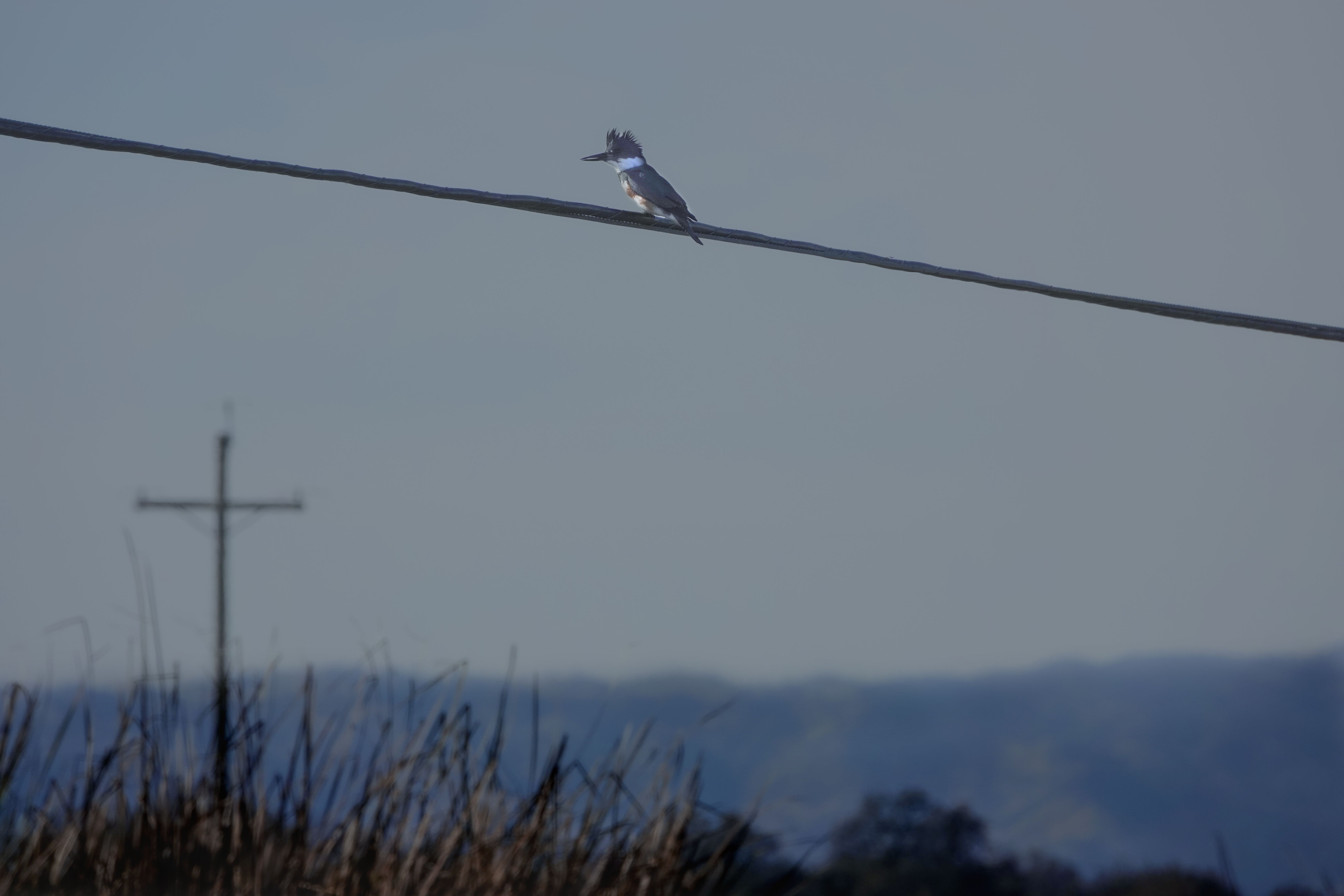 There must be a lovely, elusive Common Yellowthroat (Geothlypis trichas) hiding in the reeds somewhere nearby if you hear their wichety-witchety-wichety song or their chuck! call. 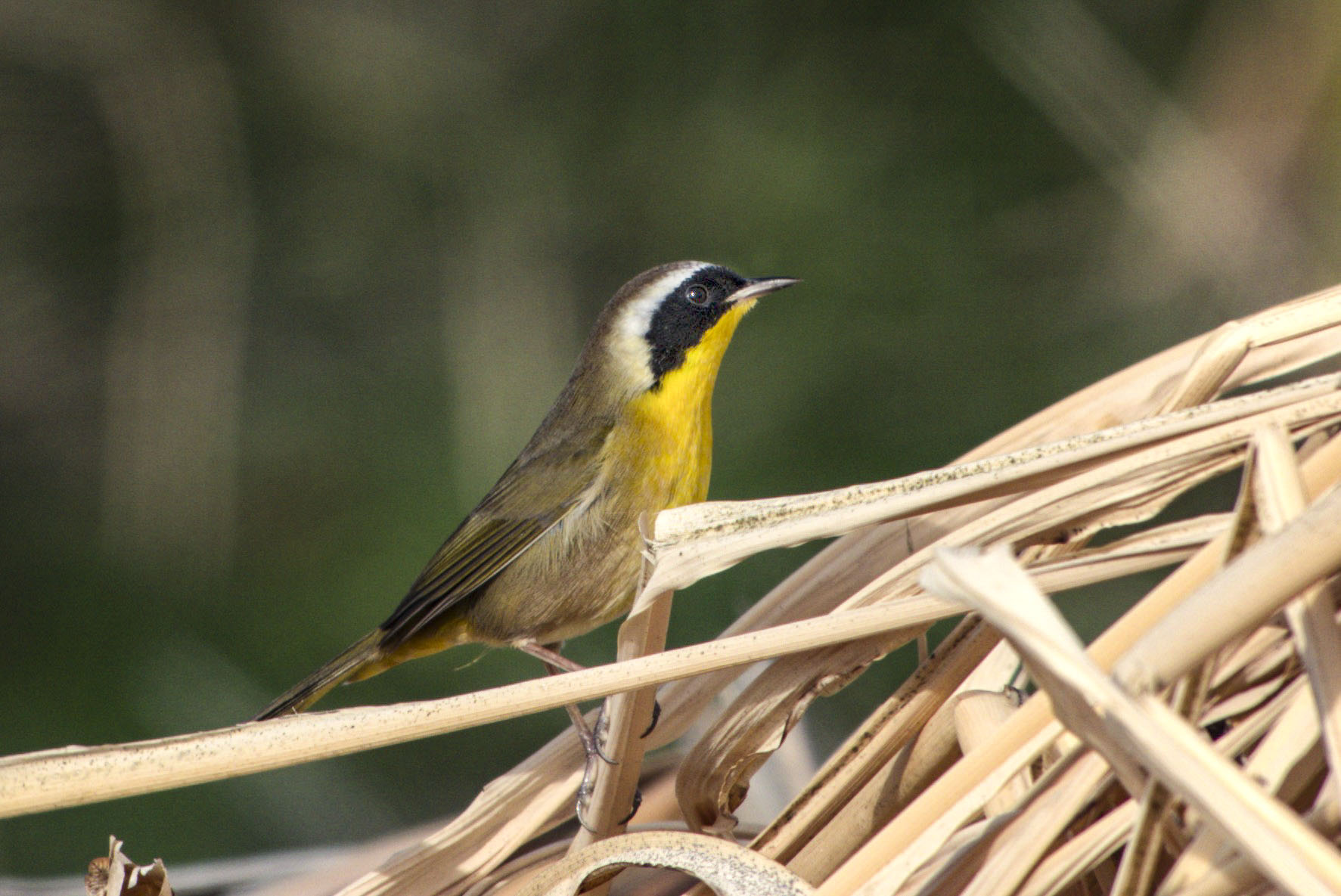 Black-crowned Night Heron (Nycticorax nycticorax) live in colonies around ponds and marshes, and eat almost anything they can their beaks around – worms, insects, crayfish, mussels, fish, amphibians, reptiles, rodents, birds, and eggs.  To atone for the heron misidentification in my last post, here are an adult and an immature Black-Crowned Night Heron, photographed at Lindo Lake County Park in San Diego where they are rather used to humans. 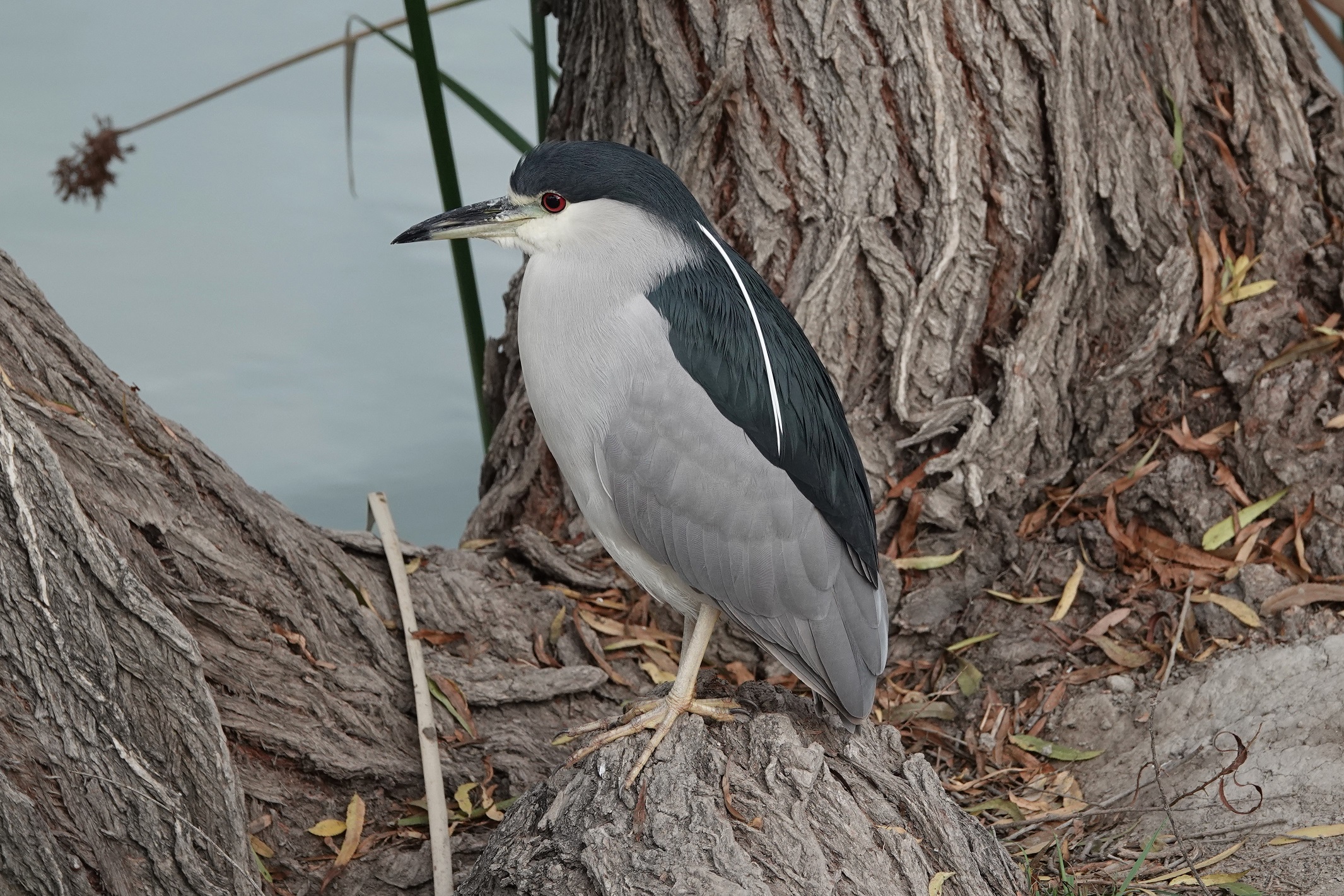 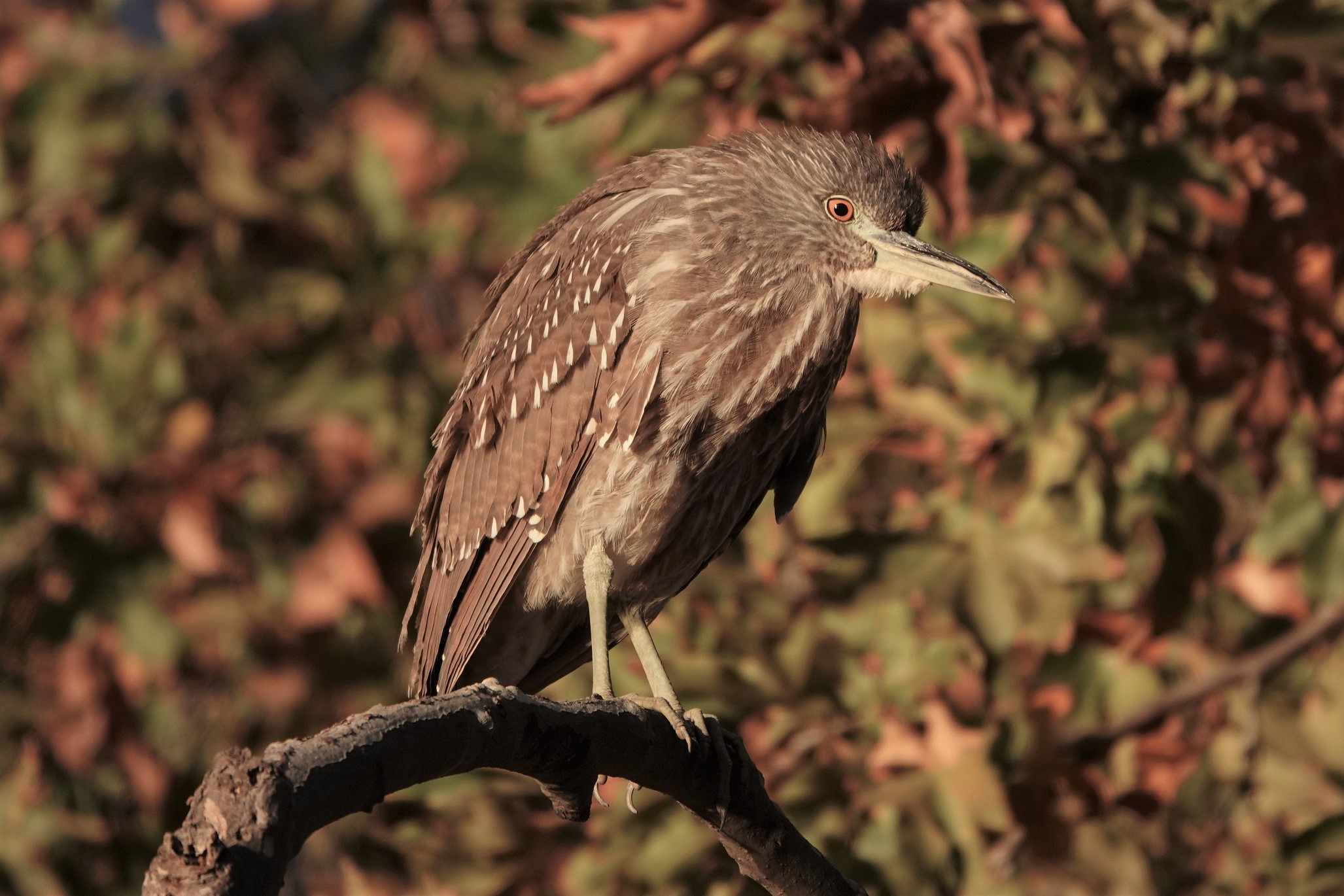