Good morning on a Hump Day (or “Jou boss” in Haitian Creole ): Wednesday, December 14, 2022, and National Biscuits and Gravy Day, celebrating an underappreciated breakfast food served only in the American South: 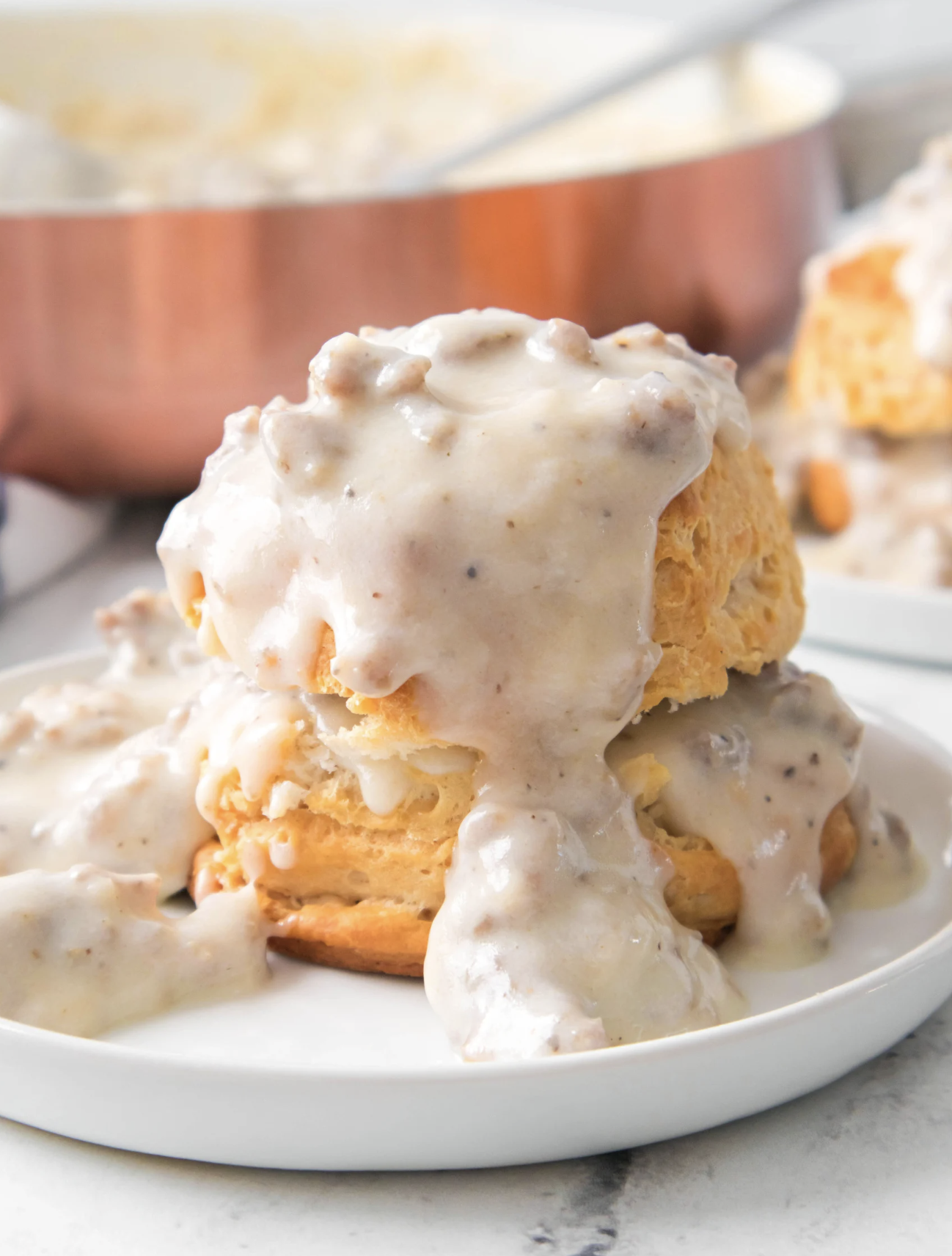 It’s also National Bouillabaisse Day, Roast Chestnuts Day (I do love them), Monkey Day, Alabama Day, celebrating the day this state entered the Union in 1819 (and, about four decades later, the Confederacy), Forty-seven Ronin Remembrance Day, remembering the 47 samurai who, in 1702 avenged their master’s seppuku by killing the court official that led to the suicide. 46 of them then committed seppuku themselves, but one was pardoned and lived to an old age. Here’s what a samurai at that time would have looked like (ronin are samurai without a master) 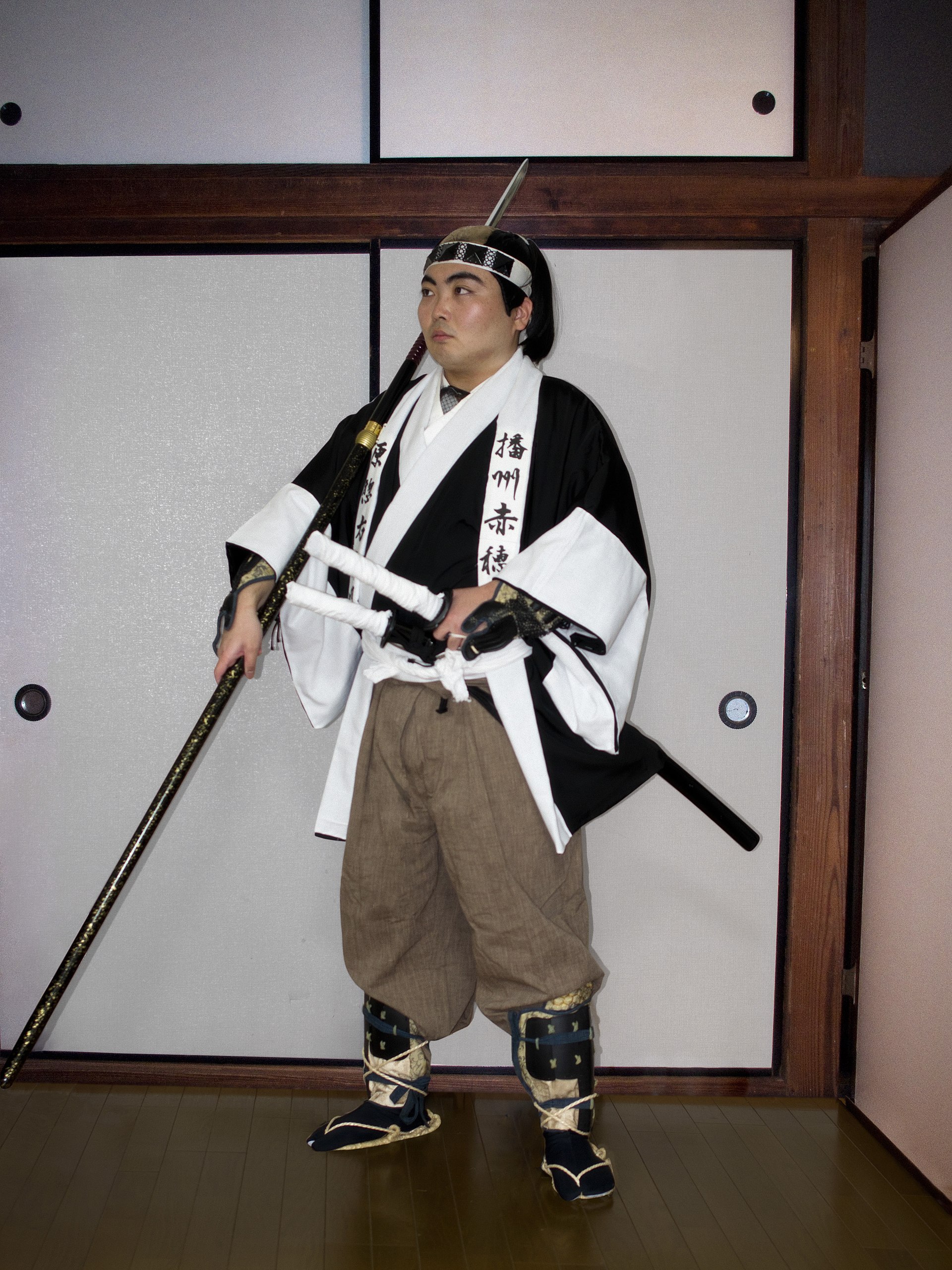 Readers are welcome to mark notable events, births, or deaths on this by consulting the December 14 Wikipedia page.

*Sam Bankman-Fried, the little hobbity-man who was, for one brief shining moment, a cryptocurrency billionaire, turned out to be a fraud all along. He’s now been indicted, and on serious charges:

Sam Bankman-Fried faced widespread charges of fraud Tuesday after the collapse of his cryptocurrency exchange, FTX, and his arrest on Monday in the Bahamas. Here’s what we know:

If he’s convicted, Bankman-Fried will face more time than Elizabeth Holmes, who got about nine years in the federal pen.

I never trusted cryptocurrency right from the start, and when it turned out that someone tried to scam me about it on Facebook, I ran like a rabbit. I’ll stick with real money (and credit cards) thank you.

*Well, one thing’s for sure in the World Cup: Argentina will be in the finals. For just a few minutes ago their game against Croatia had this outcome:

Lionel Messi stood, his arms outstretched, in front of those who had come to adore him. Ordinarily, they would be jumping and writhing in celebration, but this time, as the fans moved toward him, they had created a logjam. They were, for just a second, frozen, perfectly still, a moment of quiet communion between the divine and his congregation.

Then, of course, it broke. Messi was flooded by his Argentina teammates, leaping onto his back, congratulating him, thanking him. He had not scored the goal — that simple task had fallen to Julián Álvarez — but he had created it, crowning the game with a piece of vintage Messi wonder, using a World Cup semifinal as a chance to become his own tribute act.

And so there he was, at the age of 35, scurrying down the wing, wriggling away from Josko Gvardiol, the Croatia defender who had shadowed him all night, and then slowing down so that he could beat him again, making it to the end line, clipping the ball back for Álvarez. This was Messi, playing the hits.

That is what he has been doing all tournament, of course, and now he has his reward. That goal was Argentina’s third of the night, the one that removed all doubt: Argentina had beaten Croatia, 3-0, and on Sunday, Lionel Messi will return to the World Cup final. Eight years since he lost one, a bitter defeat to Germany in Brazil, the player who might be the best of all time will grace the biggest game in the world. He will have his shot at redemption. He will have his chance at revenge.

MIGHT be the best of all time? That’s not an issue, for Messi IS.  Here are the highlights, with Messi’s penalty kick and his wonderful assist to Alvarez for the last goal (3:15). Alvarez’s first goal was also superb.

To ensure that the roughly 75 members of its traveling party — players, coaches, trainers and the rest — would have a steady supply of a drink they consider essential, Argentina’s team hauled a whopping 1,100 pounds of yerba mate to Qatar.

“It has caffeine,” Argentine midfielder Alexis Mac Allister said in Spanish while explaining why he consumed so much of the drink that some have likened to a stronger green tea. “But I drink it more than anything to bring us together.”

*Scientists appear to have made what’s considered a tremendous breakthrough by creating a nuclear fusion reaction. What’s stunning about this discover is that it created more energy that it took to start the fusion reaction (you probably know that the sun creates energy by fusion hydrogen atoms into helium). This is the cleanest energy around, and could actually be in use within a few decade. I’ll be dead, but your kids will benefit.

Details were originally sketchy, but the NYT gives more:

The result announced on Tuesday is the first fusion reaction in a laboratory setting that actually produced more energy than it took to start the reaction.

. . . If fusion can be deployed on a large scale, it would offer an energy source devoid of the pollution and greenhouse gases caused by the burning of fossil fuels and the dangerous long-lived radioactive waste created by current nuclear power plants, which use the splitting of uranium to produce energy.

. . . There was always a nagging caveat, however. In all of the efforts by scientists to control the unruly power of fusion, their experiments consumed more energy than the fusion reactions generated.

That changed at 1:03 a.m. on Dec. 5 when 192 giant lasers at the laboratory’s National Ignition Facility blasted a small cylinder about the size of a pencil eraser that contained a frozen nubbin of hydrogen encased in diamond.

The laser beams entered at the top and bottom of the cylinder, vaporizing it. That generated an inward onslaught of X-rays that compresses a BB-size fuel pellet of deuterium and tritium, the heavier forms of hydrogen.

In a brief moment lasting less than 100 trillionths of a second, 2.05 megajoules of energy — roughly the equivalent of a pound of TNT — bombarded the hydrogen pellet. Out flowed a flood of neutron particles — the product of fusion — which carried about 3 megajoules of energy, a factor of 1.5 in energy gain.

This crossed the threshold that laser fusion scientists call ignition, the dividing line where the energy generated by fusion equals the energy of the incoming lasers that start the reaction.

How long before we can start doing this in our homes and cities? Well, NBC news said ten years last night, but that was way too optimistic:

. . . it will take quite a while before fusion becomes available on a widespread, practical scale, if ever.

“Probably decades,” Kimberly S. Budil, the director of Lawrence Livermore, said during the Tuesday news conference. “Not six decades, I don’t think. I think not five decades, which is what we used to say. I think it’s moving into the foreground and probably, with concerted effort and investment, a few decades of research on the underlying technologies could put us in a position to build a power plant.”

A rare bird last spotted 140 years ago has been found in Papua New Guinea, delighting researchers.

The black-naped pheasant pigeon was last documented by scientists in 1882.

Local hunters have reported occasional sightings since then. But in recent decades the bird has flown under the radar, fuelling fears that it might have gone extinct.

New footage – captured by scientists on a month-long expedition in September- proves that the bird lives on.

The new discovery was like ‘‘finding a unicorn,’ expedition co-leader John Mittermeier says.

“It is the kind of moment you dream about your entire life as a conservationist and birdwatcher,” he says.

. . .The black-naped pheasant pigeon only lives on Fergusson Island, a rugged island in the D’Entrecasteaux Archipelago off eastern Papua New Guinea

The island is mountainous and thickly forested, making the search for the bird extremely difficult. In 2019, a team of researchers tried and failed to find the bird.

They found it in photos from camera traps. And lo: behold the black-naped pheasant pigeon:

*The BBC reports that some rare “wave clouds” showed up in the skies over Wyoming. They look like this: 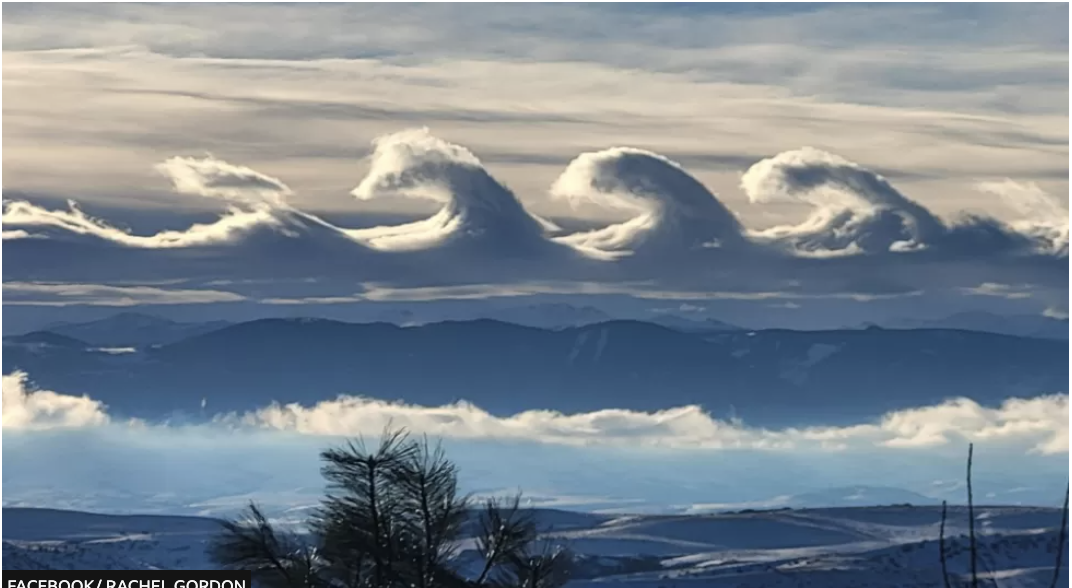 Lovely, eh? And a bit of the skinny:

Stunned sky-watchers in the US state of Wyoming have snapped photos of a rare cloud formation crashing across the horizon like ocean surf.

“This was special and I immediately knew I needed to capture it,” said local Rachel Gordon.

The billowy phenomenon was visible on Tuesday above the crest of the Bighorn Mountains from the city of Sheridan.

Known as Kelvin-Helmholtz instability, they form when a faster stream of air moves above rising air below.

Ms Gordon, who told BBC News she took the images from her parents’ back door before posting them to the Facebook page Wyoming through The Lens, said: “It was an awe-inspiring moment.

“I’m just glad others can enjoy the experience now, too.”

BBC Weather’s Matt Taylor says the pictures are one of the most stunning and epic examples of Kelvin-Helmholtz clouds he has ever seen.

“Part of the beauty of Kelvin-Helmholtz clouds is that they really show up the fluidity of the atmosphere,” he said.

“How, like waves in the ocean, the atmosphere moves and responds to the environment around it. The air is effectively rising up and tumbling over on itself.”

Meanwhile in Dobrzyn, it has SNOWED!

Hili: It’s good that there is something white outside the window.
A: You are right. It’s warm in here. 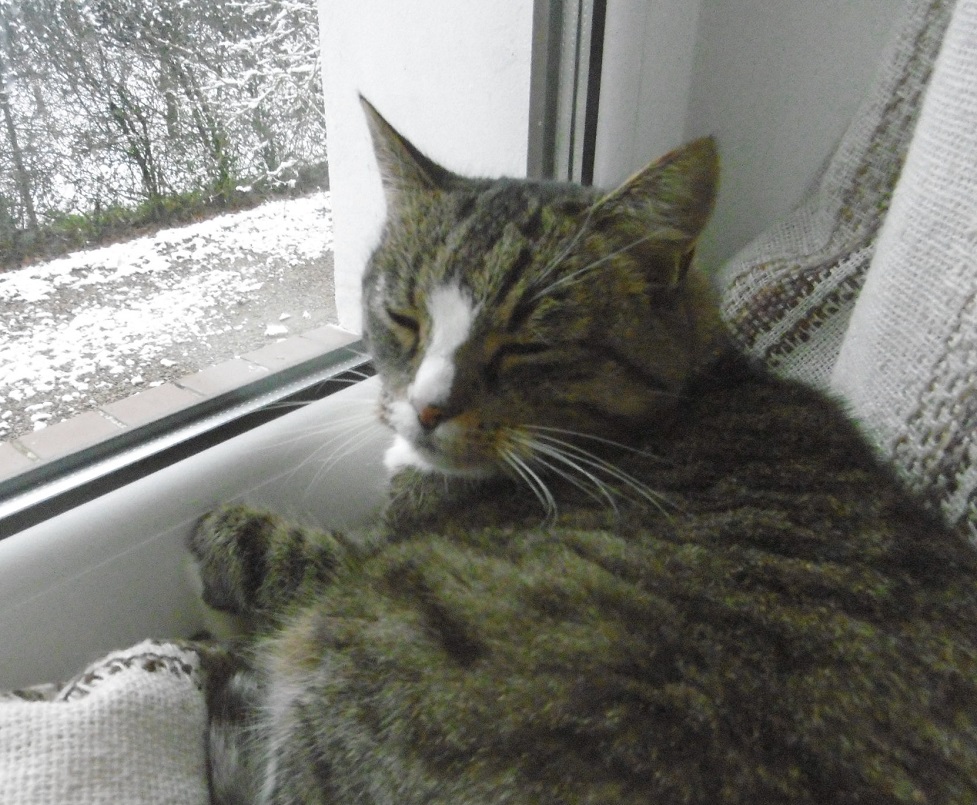 And baby Kulka in the snow (Photo by Paulina): 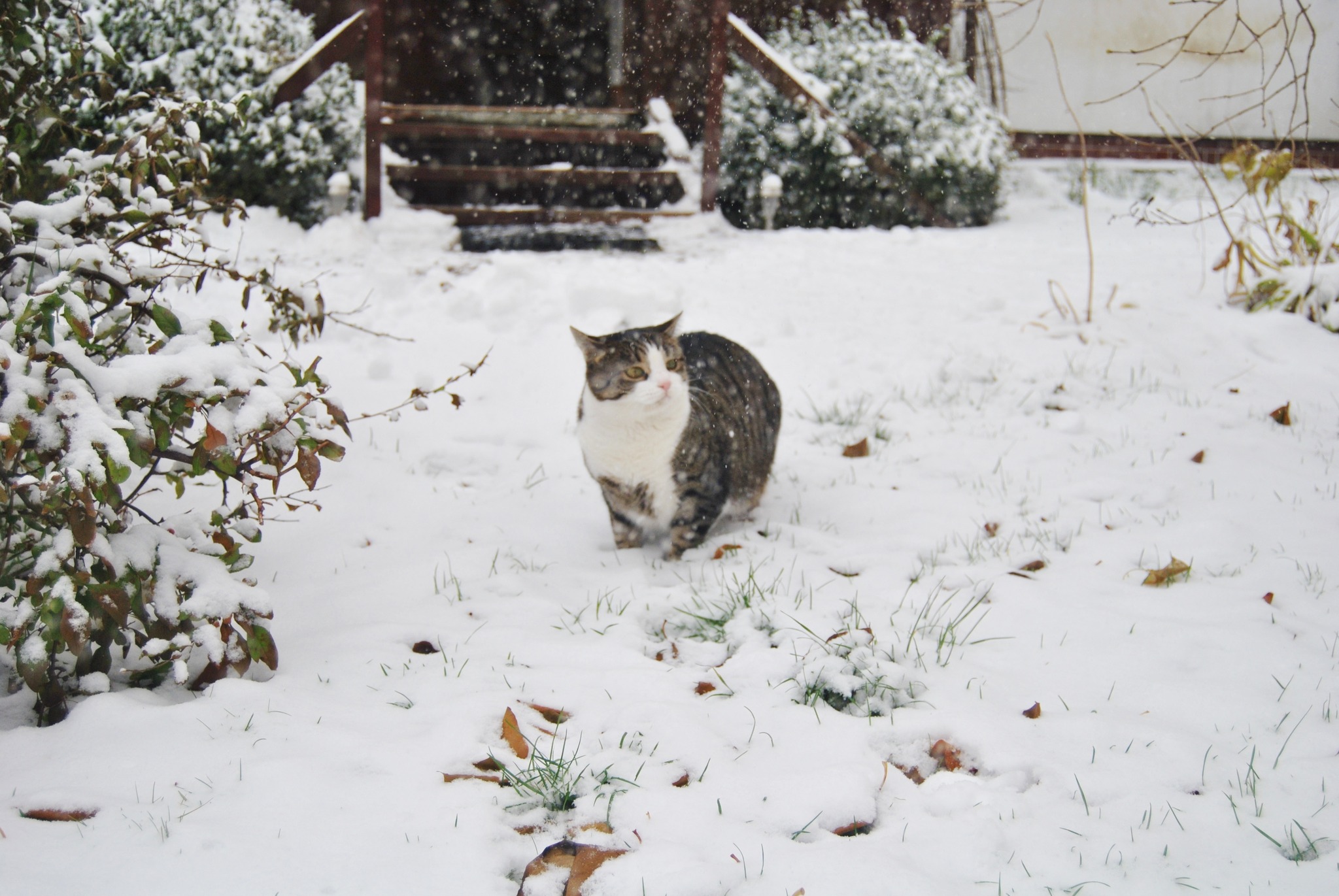 Two from the Not Another Science Cat FB page: 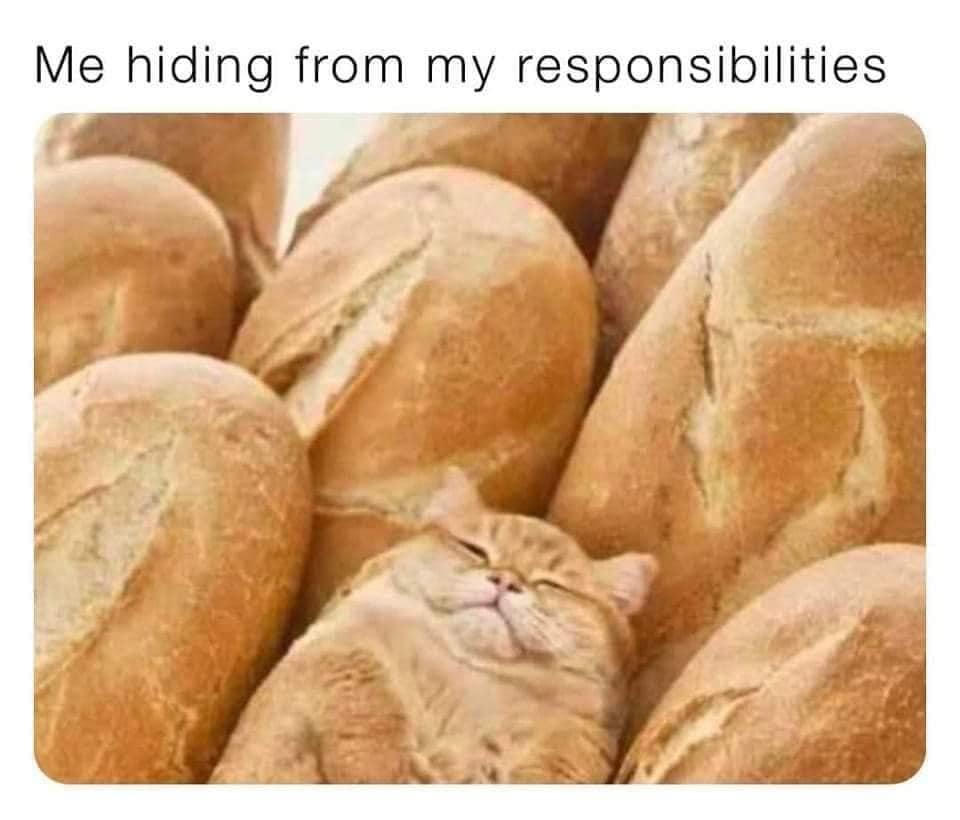 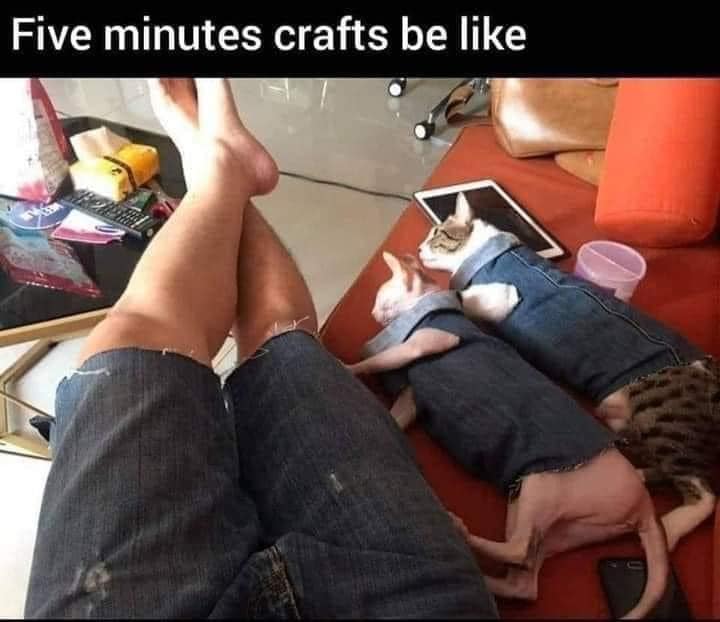 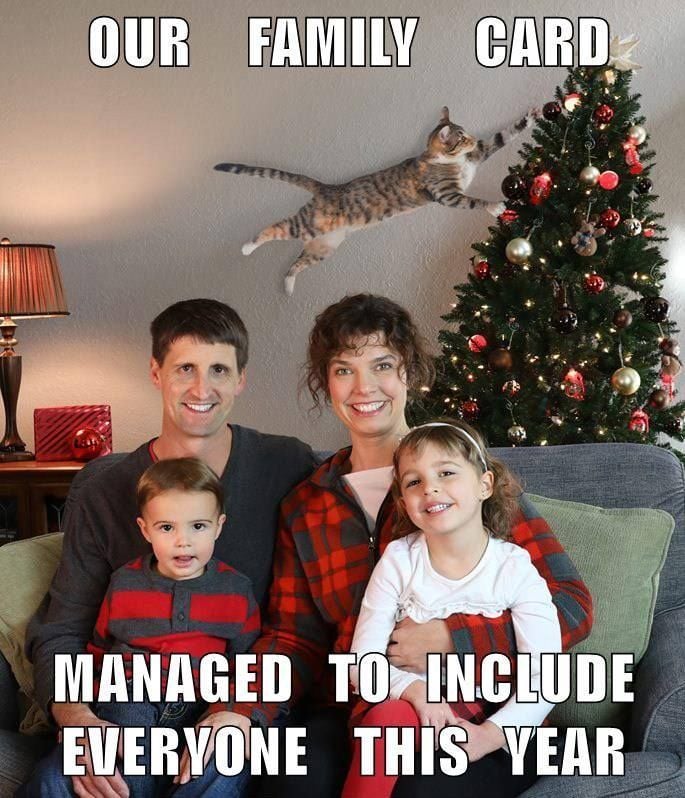 Another in my series on “girlfriends take revenge on cheaters photos: 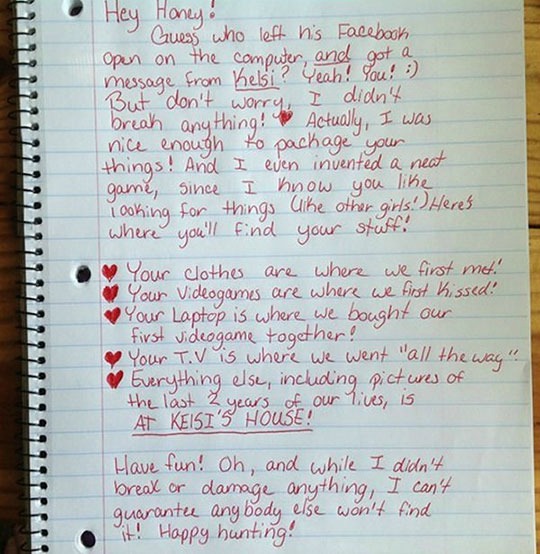 A toot from God on Mastodon:

Iranians are protesting in #Tehran’s metro. The placards of the protesters read

The Islamist regime thought it could put a lid on protests by the executing Iranians. But this #IranRevoIution is in full swing pic.twitter.com/gw8dKpGnpX

From Barry, who likes the caption of the cat one. There are other amusing tweets in the thread, and I’ve put one below.

"Hi, as the canine resident I would like to submit this evidence…" pic.twitter.com/7L3PLIiFnp

It's a Mountain Pygmy Possum. pic.twitter.com/zdUcZo9i8l

From Luana, the reproducibility crisis:

From the Auschwitz Memorial: An eight-year-old Dutch girl gassed upon arrival:

She arrived at #Auschwitz on 11 February 1943 in a transport of 1,184 Jews deported from Westerbork. She was among 1,005 of the murdered in gas chambers after the selection. pic.twitter.com/1W4clflodY

Tweets from the estimable Dr. Cobb.  Matthew says the first tweet, taken from Tik Tok (see second tweet) is enigmatic and has Twitter in an uproar trying to figure out what it means. I’ve put in one response.