Do people still want Caturday posts? If not, we can discontinue them. Here’s a poll where you can vote (and vote regardless of whether you like cats)

Back to regular business.  First, from Discover magazine, we have five cats who were staffed by famous scientists. I’ll show each one and give a brief excerpt (click on the screenshot to read the whole thing):

Albert Einstein famously loved animals. “If a man aspired towards a righteous life, his first act of abstinence is from injury to animals,” he said, and was himself known to own multiple pets, including a dog and a parrot. But it was his cat Tiger who seemed to get the most attention, at least as far as posterity is concerned. Biographers have recorded that Einstein was sensitive to Tiger’s moods, noting for example that the cat got depressed when it was raining.

Cats apparently held a big enough place in Einstein’s heart that they pop up in quotes historically attributed to him. In his analogy explaining the telegraph, Einstein is said to have likened the technology to a long cat. “You pull his tail in New York and his head is meowing in Los Angeles,” he said. Cats were less useful in helping to explain his own work in the special and general theories of relativity, which won him everlasting renown. Still, there can be little doubt that Einstein enjoyed Tiger’s company, especially when he had difficulties, as we all sometimes do, in his work and his life.

“There are two means of refuge from the misery of life: music and cats,” said Einstein.

I couldn’t find a photo of Einstein with Tiger, but here’s a portrait of the pair by artist Michael Mathias Prechtl: 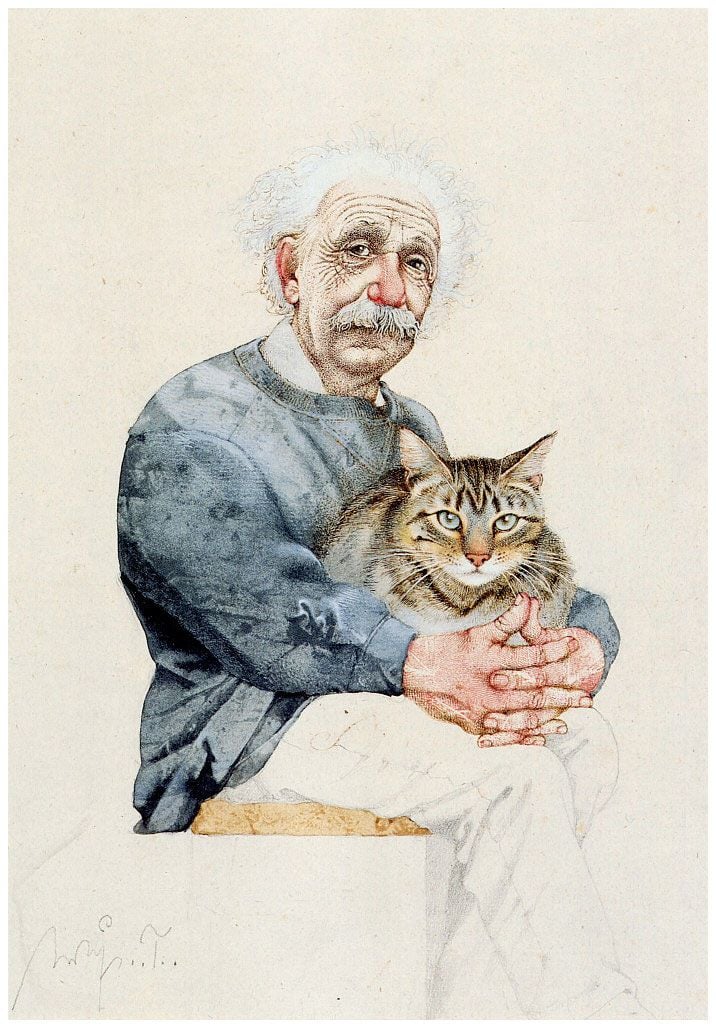 If there was a center to Hubble’s universe, you can bet that his cat, Nicholas Copernicus, lived there, making a beloved nuisance of himself. According to the Huntington Library, where Hubble’s personal papers are stored, references to the giant black cat abound in the archives.

He was clearly the darling of the family. Hubble frequently referred to his home as “Nicholas’ estate.” And in her diary, Hubble’s wife Grace noted the close bond between her husband and the cat. In a moment that every cat owner will recognize, Grace observed that when Edwin would retire to his study to work, Nicholas enjoyed lolling on Edwin’s desk, “sprawled over as many pages as he could cover,” she wrote. “‘He is helping me,’ [Edwin] explained.”

A photo (caption from Discover):

Legend has it that, in between developing the fundamental laws of motion and gravitation, doing groundbreaking work on optics and helping to invent calculus, the great Sir Isaac Newton also found time to invent the cat flap.

As one version of the story goes, when Newton was at Cambridge, he requested that a hole be cut into his door and a leather or cloth flap put over it so that his cat, Spithead, could come and go at will. Cat owners the world over can easily envision the father of modern science being driven to distraction by the scratching and meowing of a cat wanting to be let out … then 30 seconds later yowling to be let back in. So, the story certainly feels true.

But feelings aren’t facts. While some scholars dispute whether Newton even had a cat, historical evidence makes it pretty clear that he didn’t invent the cat door. Apart from anything else, cutting a hole in a door — even one you might put a flap over — hardly qualifies as an invention.

I take issue with this; what is the historical evidence showing that somebody else other than Newton invented the catflap?

The most famous cat in science history owes its name to the physicist and Nobel laureate Erwin Schrödinger, who won the honor in 1933 for his early work in quantum mechanics. But he is best-known for the thought experiment involving a theoretical cat in a box, and whether it could be said to be both dead and alive. Schrödinger proposed the scenario in a 1935 paper as a criticism of quantum theory at the time.

Forever after known as “Schrödinger’s Cat,” the paradoxical thought experiment has become a permanent — although frequently misunderstood — fixture in both science and popular culture.

People have sometimes wondered why Schrödinger used a cat in his example, instead of a rat or a plant or almost any other living thing. Some stories allege that Schrödinger had an actual cat, named Milton, and infer that the pet may have provided some inspiration to the physicist.

Well, there is some supporting evidence that Schrödinger had a such a cat, like here and here, but it’s sketchy at best. So why do they include Newton and Schrödinger if the evidence is thin?

Nikola Tesla: (this one seems real):

A brilliant but eccentric pioneer of electricity, Nikola Tesla has become something of an icon to science nerds everywhere. It turns out Tesla was a bit of a fanboy himself, at least when it came to his childhood pet, Macak, whom Tesla once described as “the finest of all cats in the world.”

In a letter written to a young admirer in 1939, Tesla extolled the cat’s virtues at some length; the man was in his 80s by then, but time had clearly not diminished Tesla’s love for Macak.

He told the story of a winter evening where he found himself stroking Macak’s back. In a moment that inspired his lifelong study of electricity, Tesla was shocked — literally — to discover that the cat’s back became “a sheet of light and my hand produced a shower of sparks loud enough to be heard all over the house.” It was a pretty dramatic moment — his mother told him to stop for fear he’d start a fire.

If you want to read more about Macak, go here; I couldn’t find a photo of Tesla with Macak or of Macak on his own, so I’ll use this to show the static electricity of moggies: 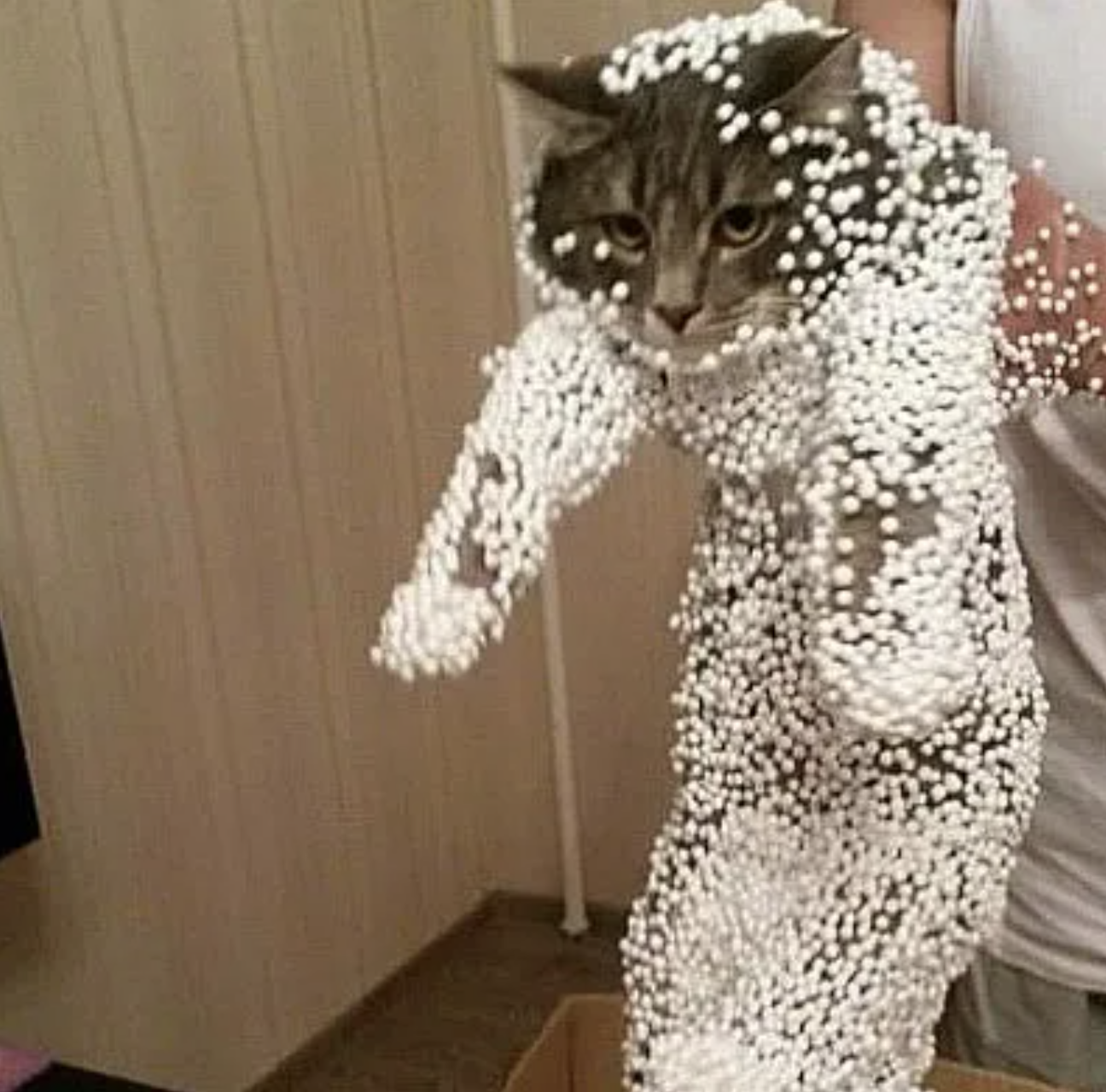 Darwin did not have a cat (he liked d*gs), and off the bat I can’t name any famous biologists who had cats. Can you?

From the Kiffness (there are more at the website). I love these videos!

Here’s an 80-minute episode about cats in Chinese history and literature.  Lee Moore, who runs the podcast, got his PhD last year at the University of Oregon’s Department of East Asian Languages and Literatures. Here’s the blurb for the podcast. Surely you want to learn about the Chinese attitudes towards cats as seen in their writings!

For any and all cat lovers worldwide, here’s a special episode for you. Fellow cat lover (ailurophile) Lee Moore of the Chinese Literature Podcast joins Laszlo for this CHP Special Episode where they chat about cats in Chinese history and offer up a few interesting anecdotes and stories. They both recite a selection of cat poems from the Song and Ming dynasties and go all out to discuss their favorite animal.

Special lagniappe: Here’s a short video about Willow, the Bidens’ White House Cat. We were promised a First Moggy for months before the Bidens finally broke down and got Willow, a rescue cat.  Willow now has her own Wikipedia page, and she’s the first cat to live in the White House since India, who was staffed by President George W. Bush and First Lady Laura Bush.

Here’s India, who died in the White House at age 19: 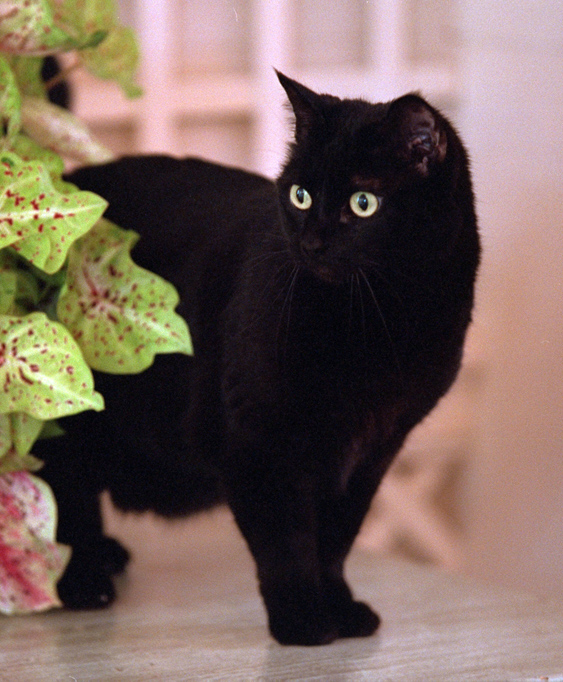