Today’s photos of the wild Oregon coast come from reader Dick Kleinknecht, whose captions are indented. Click on the photos to enlarge them.

I live in Washington, but my favorite vacation spot in winter time is on the Central Oregon Coast.  Yes, It’s wet, cold, and windy, but has no crowds and offers views of storm-driven waves crashing on rock cliffs, grandeur that can only be imagined during more docile months.  The following nine photos were taken on a 96 km stretch off US HWY101 between Florence and Otter Crest.  I’ll start at Florence and go North.

The first stop will be the Sea Lion Caves, about 18 km North of Florence.  Winter is actually the best time to find sea lions in the cave, as they leave for birthing and breeding grounds in the Spring.  The well maintained caves are privately owned and have been operated as a wildlife sanctuary since 1932.  Most of the lions are the tan Steller Sea Lion (Eumetopias jubatus), while all others are the darker California Sea Lion (Zalophus californianus).  The caves are an acoustical adventure, with the low pitched growling roar of the Steller Lion, reminiscent of an African lion, and the higher pitched dog-like barking of the California Lion reverberating à la surround sound – and non-stop! 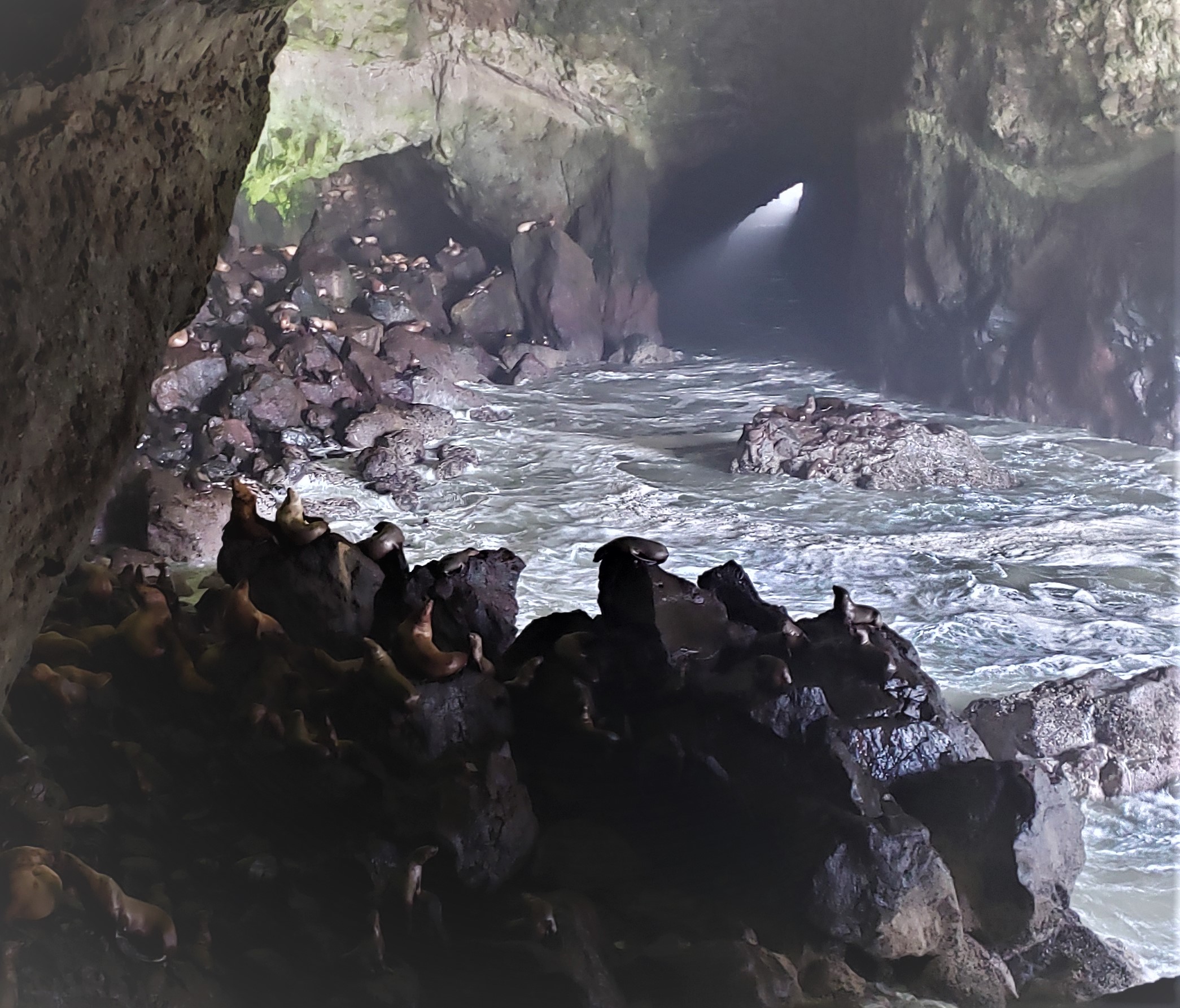 From the top of the cliffs above the caves, we can zoom down a 100 meters or so and see a small group of sea lions congregating at the entrance, either leaving or returning to the caves. 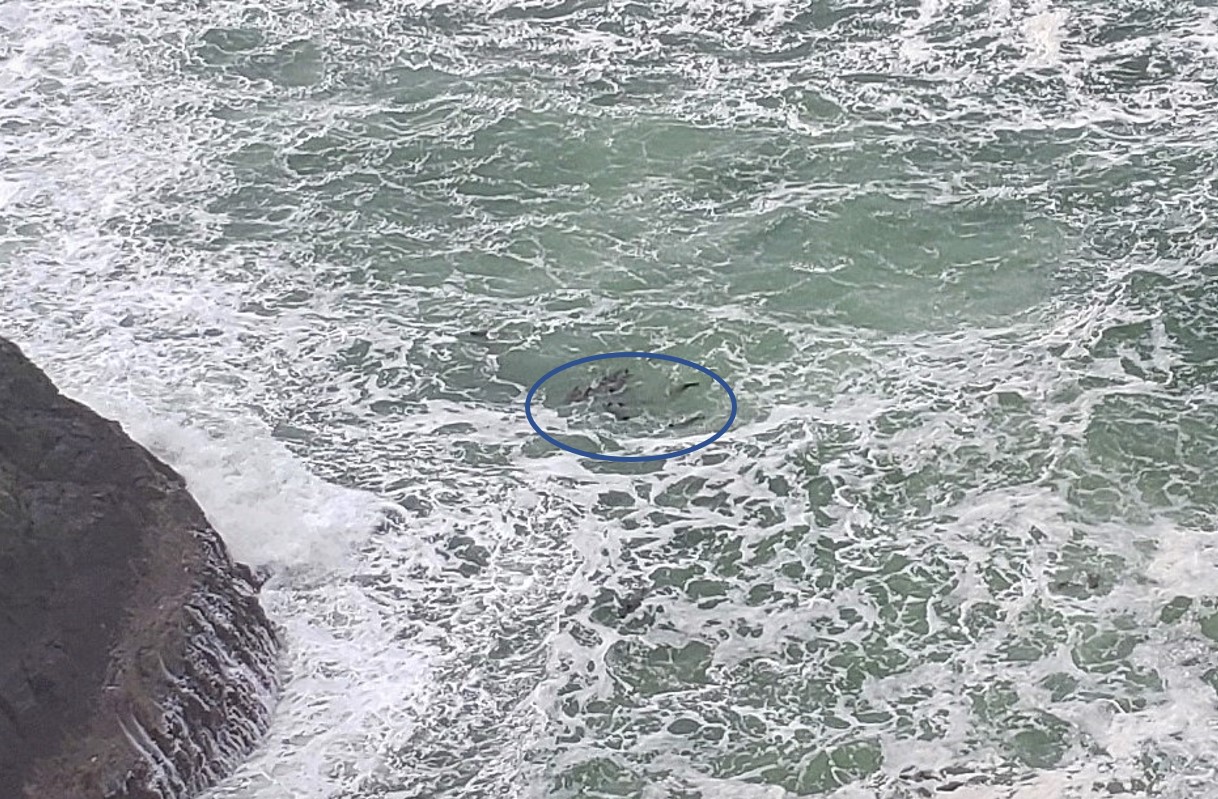 About 19 km north of Sea Lion Caves we find Devil’s Churn, an approximately 200 meter long fissure in the rocks that is about 50 meters wide at the mouth and tapers down to 3 – 5 meters at the inland end.  There will be some impressive wave action during a big storm, but this day was only average.  Still, being there was much better than not being there. 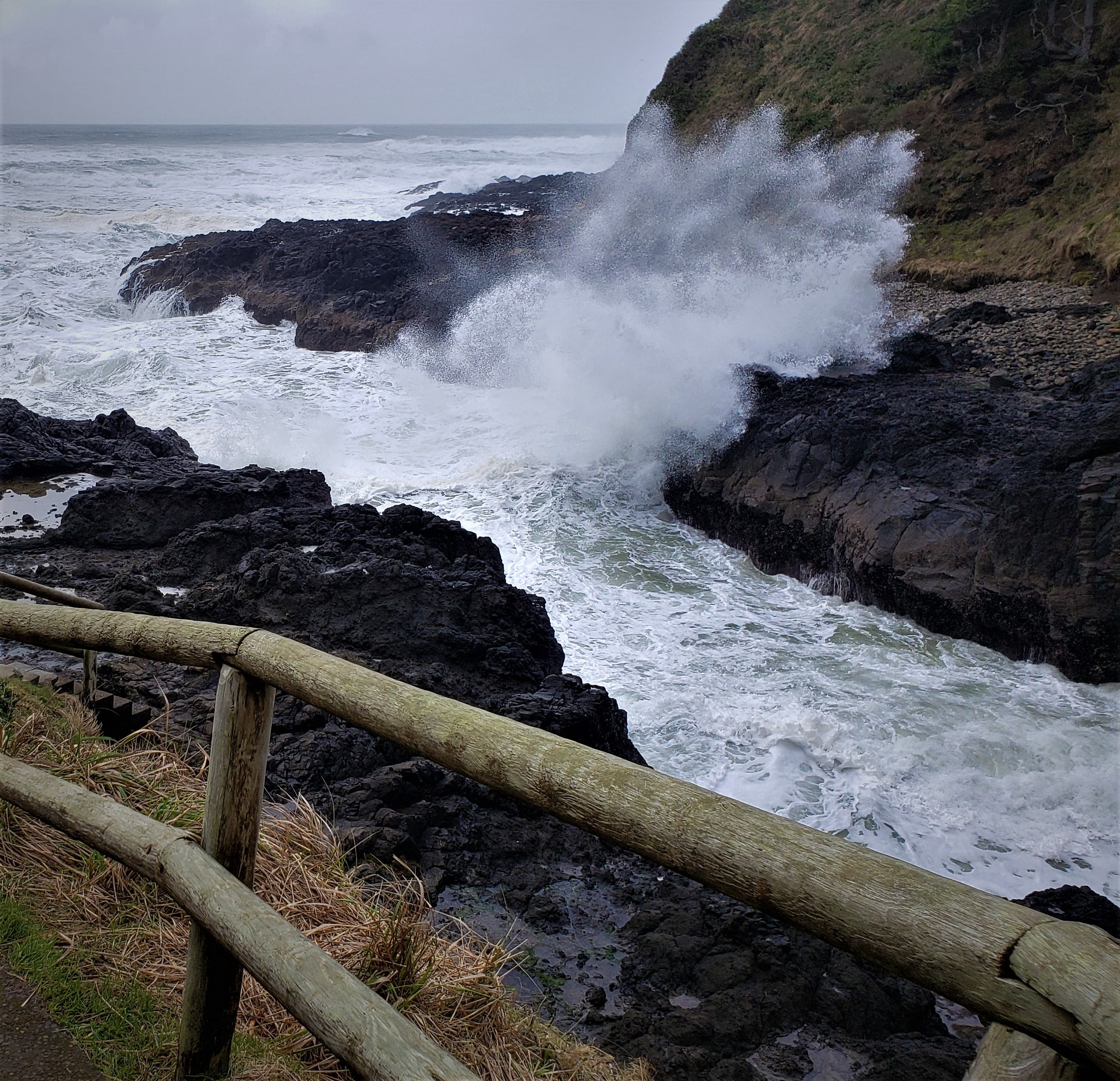 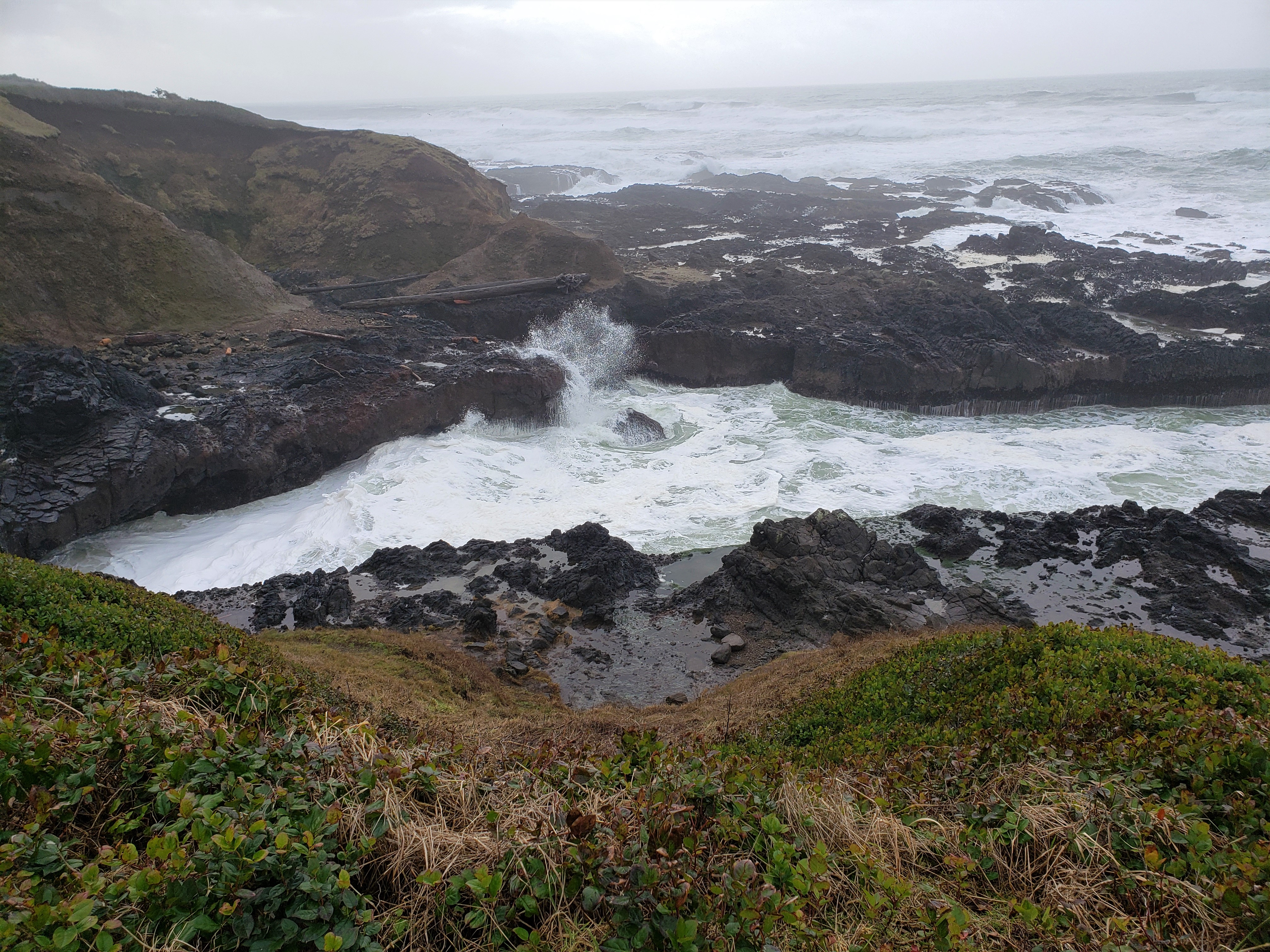 Our next stop is north of Newport and will be at the Devil’s Punchbowl State Natural Area, a site called Satan’s Cauldron in earlier decades.  Wave action has carved two tunnels which met and formed a cavern in the bedded sandstone and siltstone.  Eventually the cavern grew large enough that it couldn’t support the thin overlaying rock, and the ceiling collapsed, forming a bowl.

It’s often impossible to accurately age date sedimentary rocks since their mineral grains eroded from igneous rock somewhere else, we know not where, and were transported, we know not how far, to their current location.  Grains may also come from multiple sources.  Still, two geologists have estimated the age of the formation containing the punchbowl to be in the ballpark of 18 million years, so the ocean has been at work carving out the punchbowl for a very long time.  During low tide some adventurous hikers can enter either opening and walk around on the punchbowl floor. 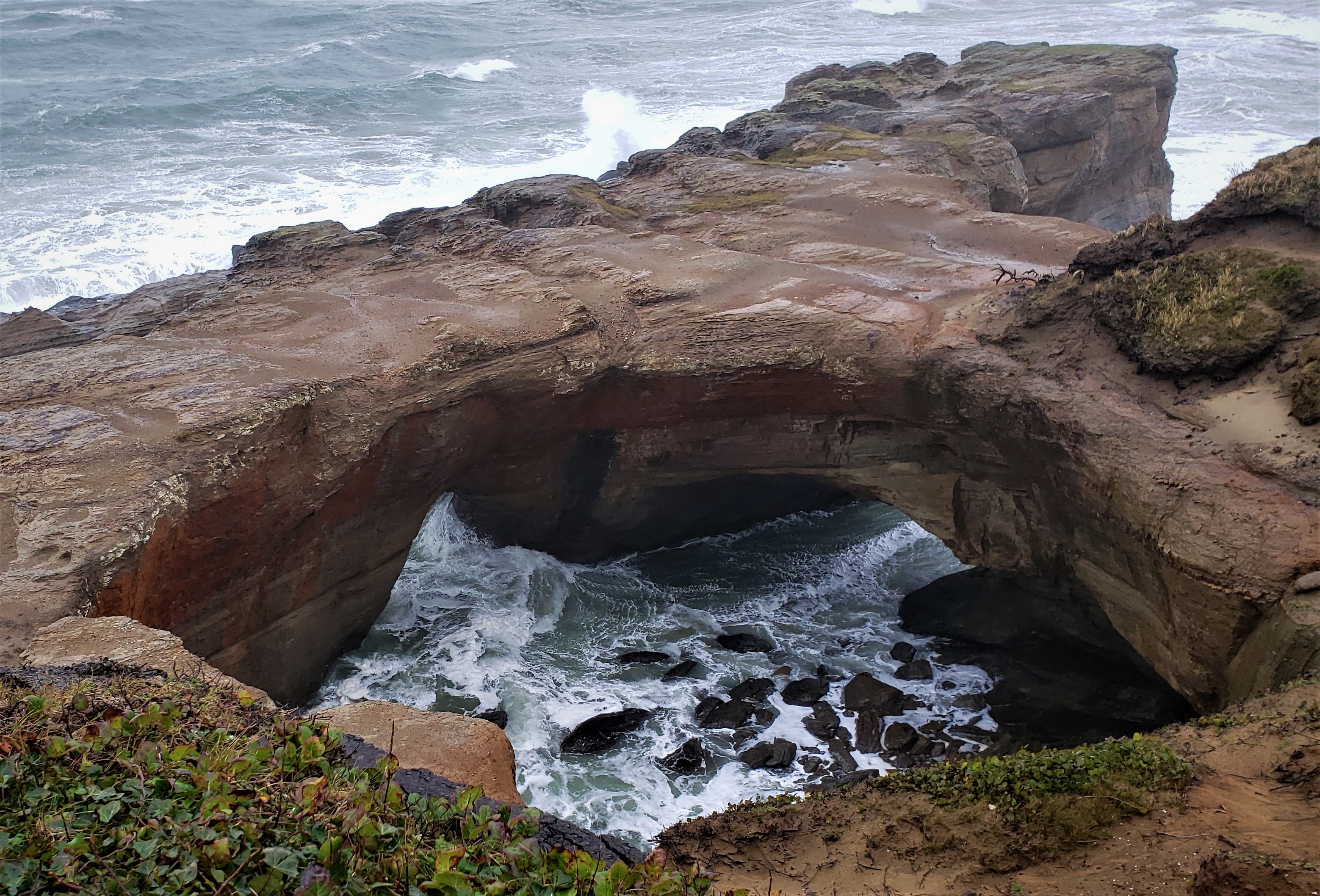 We stopped for lunch at a waterfront restaurant on Yaquina Bay in Newport and were serenaded throughout our meal by roaring/barking sea lions.  As noted before, the tan lions are almost certain to be Steller’s Sea Lion, while the darker ones are most likely to be California Sea Lions.  When pinnipeds exit the water temporarily, they do so for reproductive or non-reproductive reasons.  If for reproduction, the exit site is called a rookery;  If for non-reproductive purposes, the sites are known as haul-outs.  The restaurant owners have dedicated these floats as sea lion haul-outs in hopes of attracting two-legged customers.  Note that the two species play well together – as long as mating is not involved. 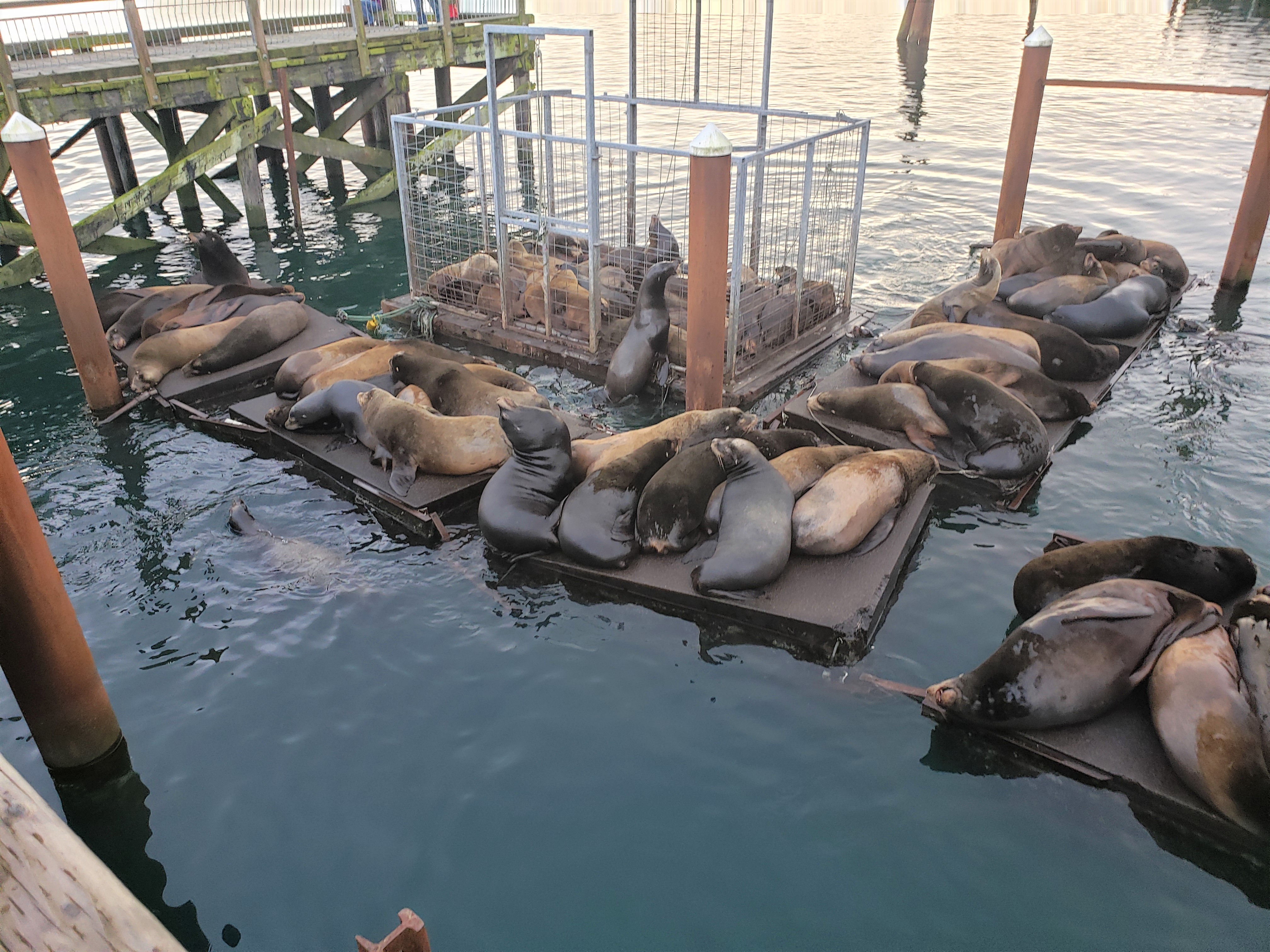 We stayed in a condo just North of Yaquina Head, which itself is about three kilometers north of Newport.  I walked to the beach one late afternoon and collected a photo of Yaquina Head, including the lighthouse. 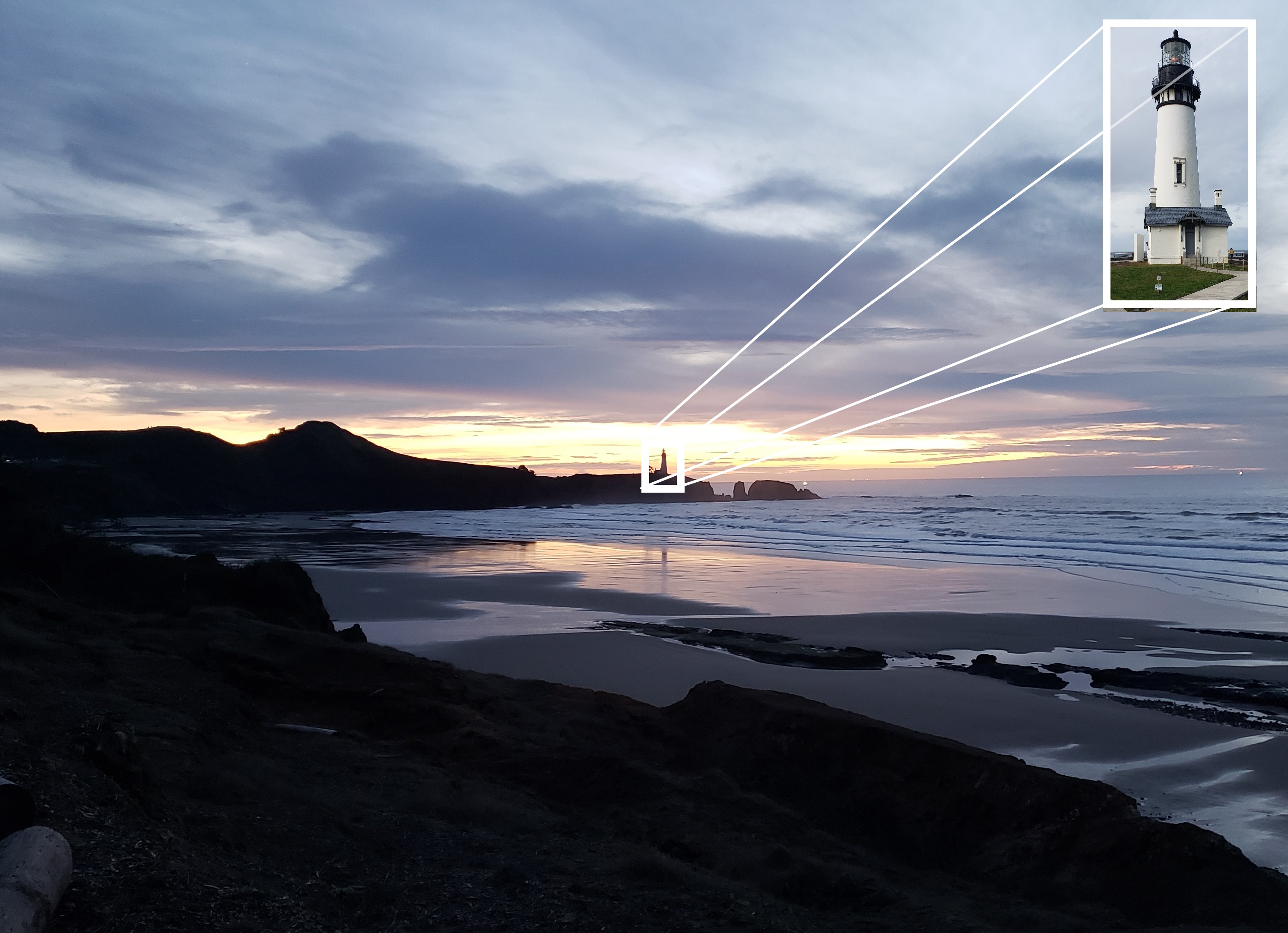 Our last stop on this tour is 11 km north of Yaquina Head, and is the Otter Crest State Scenic Viewpoint.  Looking south, the viewpoint is 157 meters above sea level. 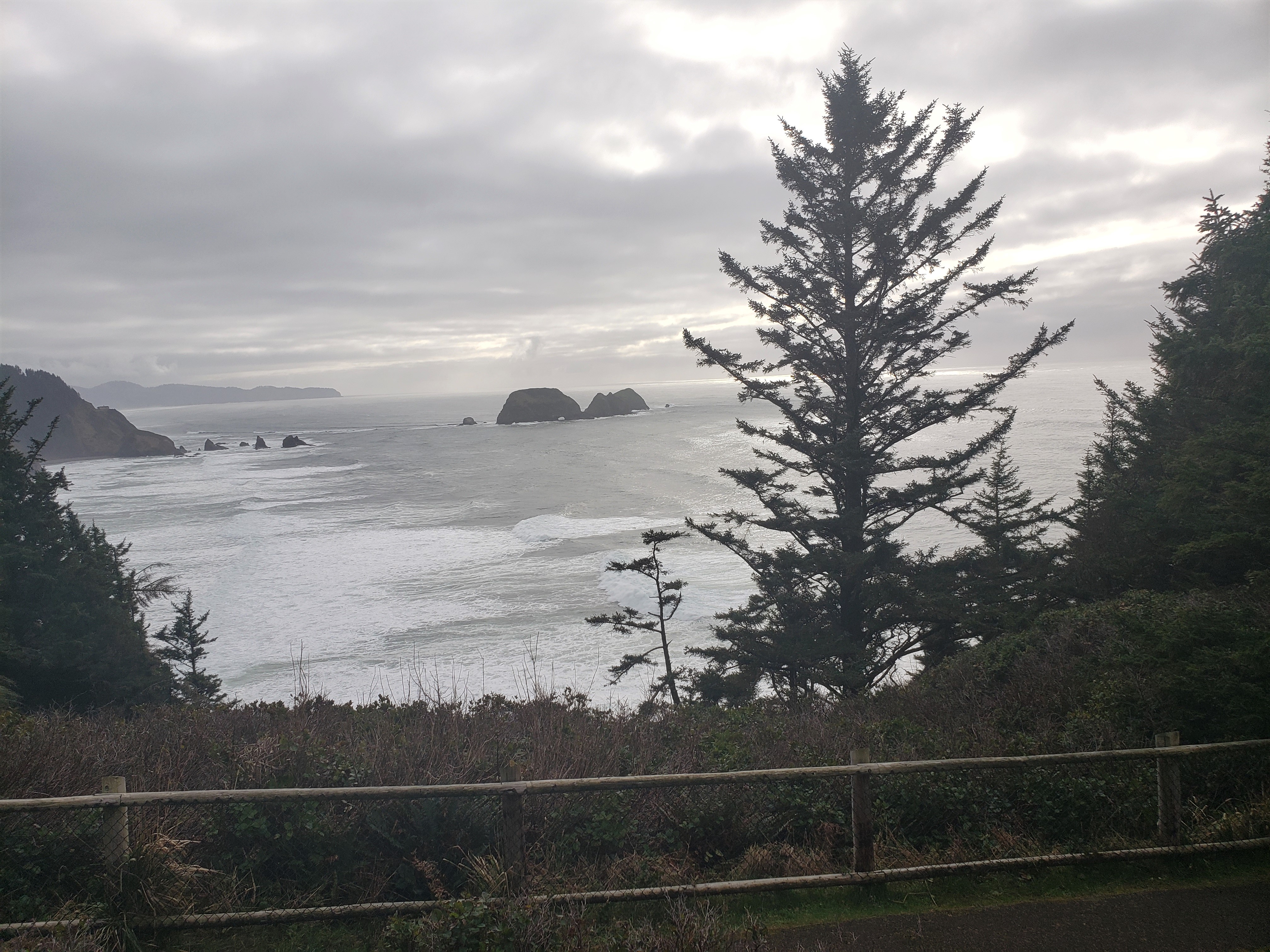