Dear readers, we are in serious trouble, for the photo tank is nearly dry. If you have good wildlife pics (or landscape or travel photos), send them in—pronto. Thanks!

Today’s batch comes from UC Davis ecologist Susan Harrison. Her notes and IDs are indented, and you can enlarge the photos by clicking on them.

This fall, unusual numbers of Lewis’s Woodpeckers (Melanerpes lewis) descended upon some of our riparian oak woodlands around Davis, California.  These spectacular birds live in loose social groups that shift locations over time.  They catch flying insects rather than drilling for grubs like other woodpeckers, and in fall they also harvest and cache acorns.  In early October they were busy at both activities. 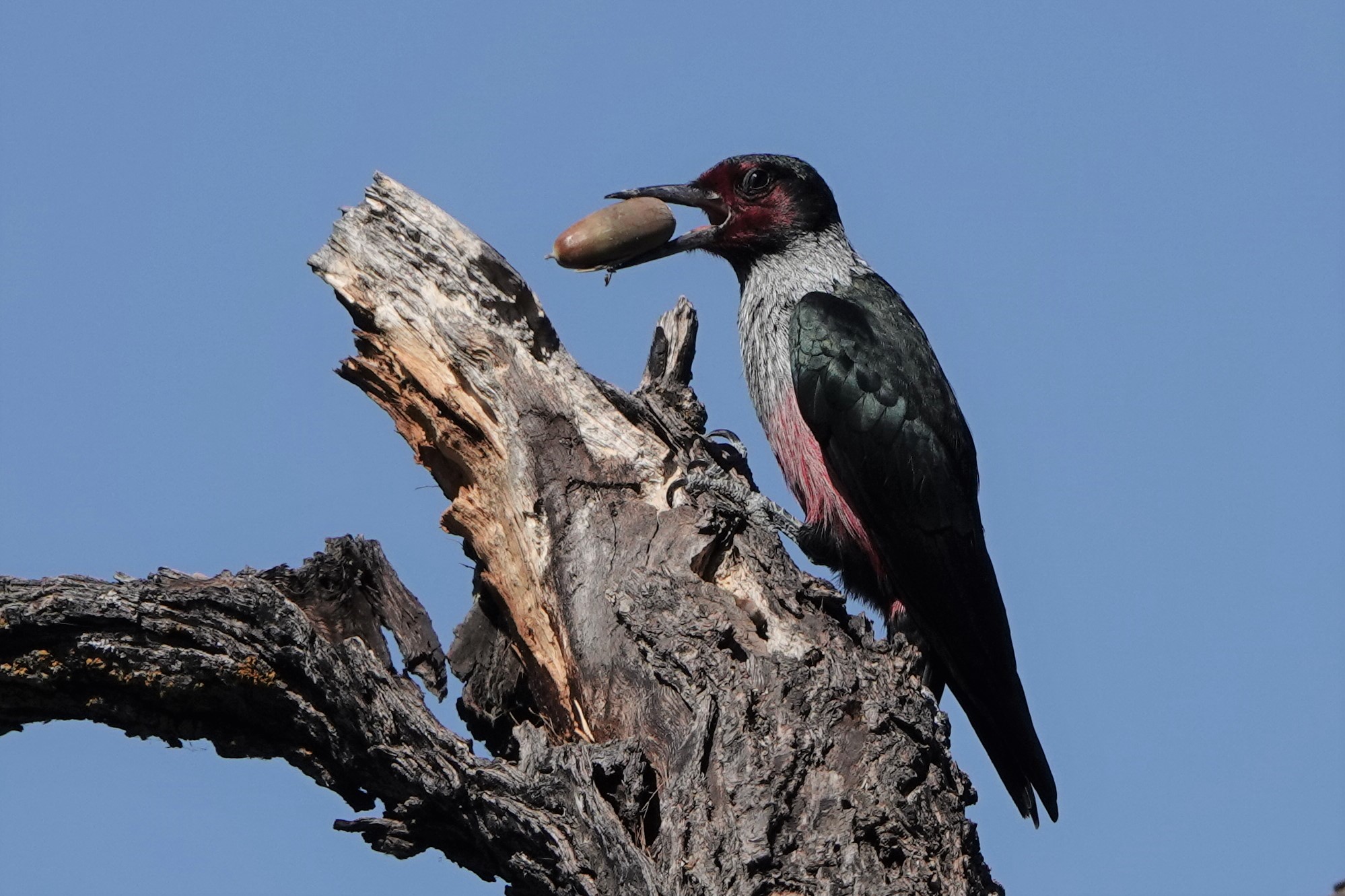 Acorn gathering puts them in competition with the much commoner Acorn Woodpecker (Melanerpes formicivorus), which form close-knit colonies of related individuals that raise their young communally, and which create “granary trees” studded with thousands of stored acorns.  In early October when the Valley Oak (Quercus lobata) acorns ripened, there was much chattering and chasing between the two woodpecker species. 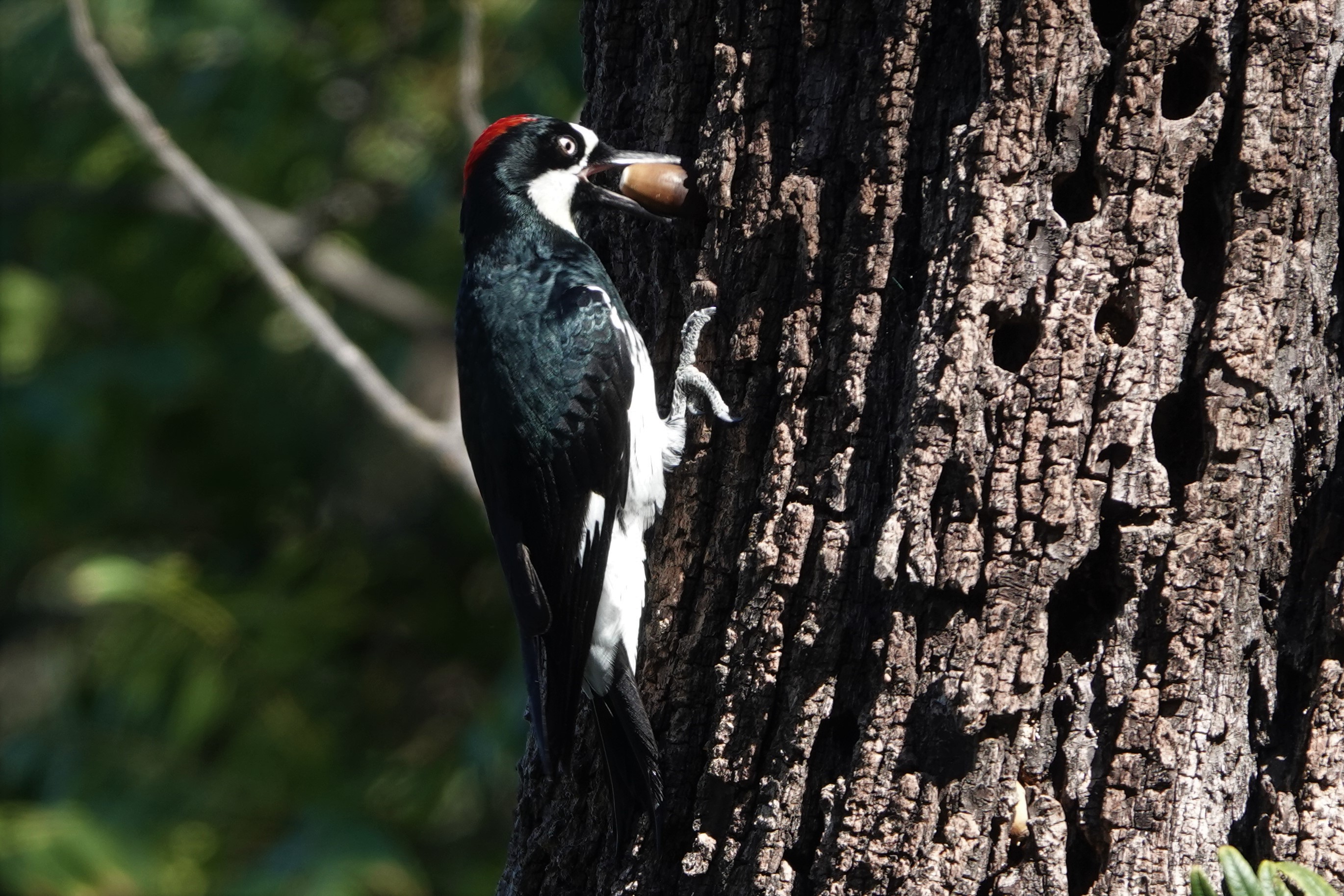 By mid-November the hubbub seemed to have calmed, and the Lewis’s Woodpeckers already appeared to be eating cached acorns.   I’ll be curious to see how the two species interact as winter progresses.  Will there be cache robbing? 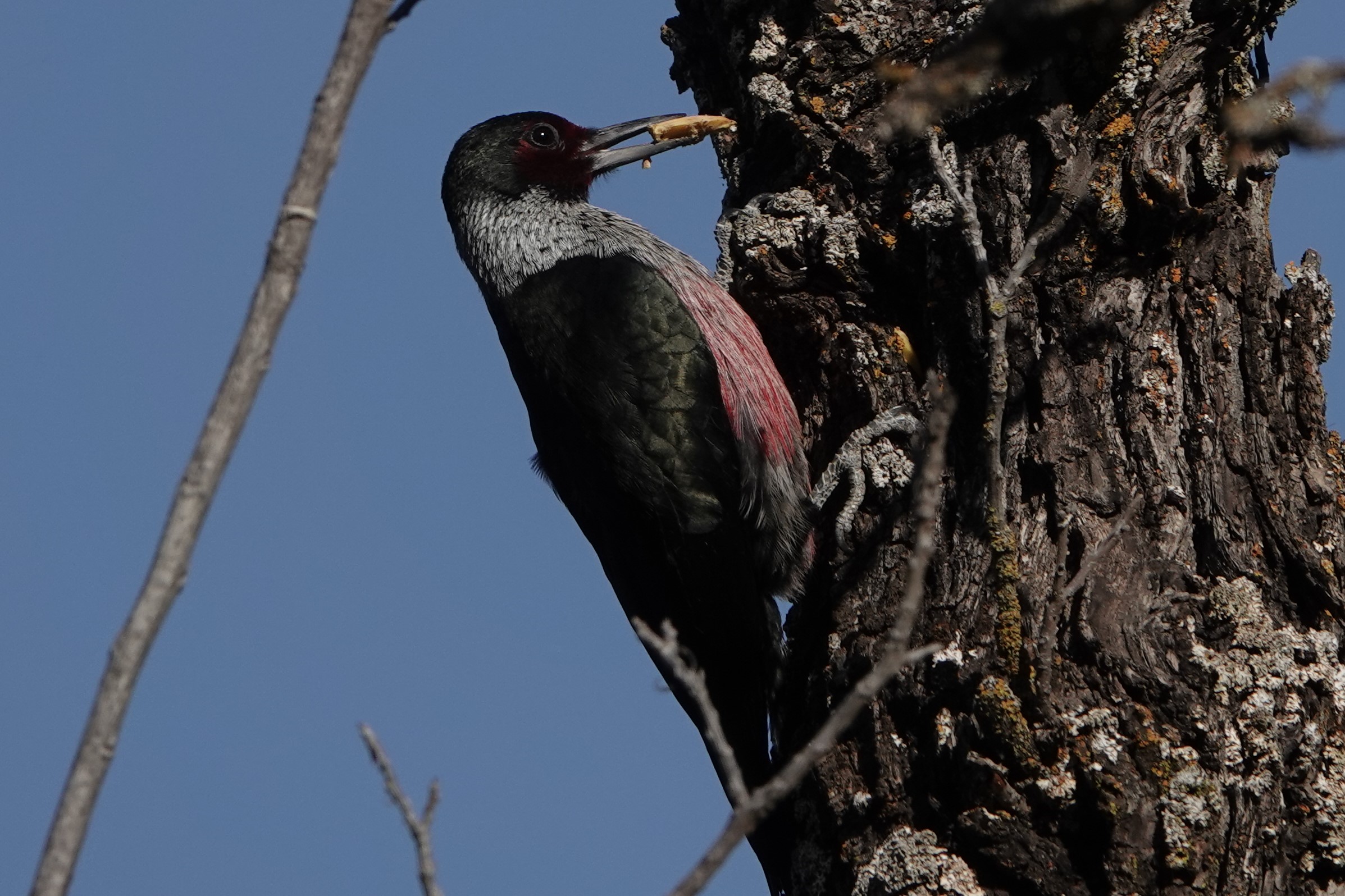 California Scrub-Jays (Aphelocoma californica) gather acorns and cache them in the ground, where sometimes the acorns turn into seedlings instead of bird food. 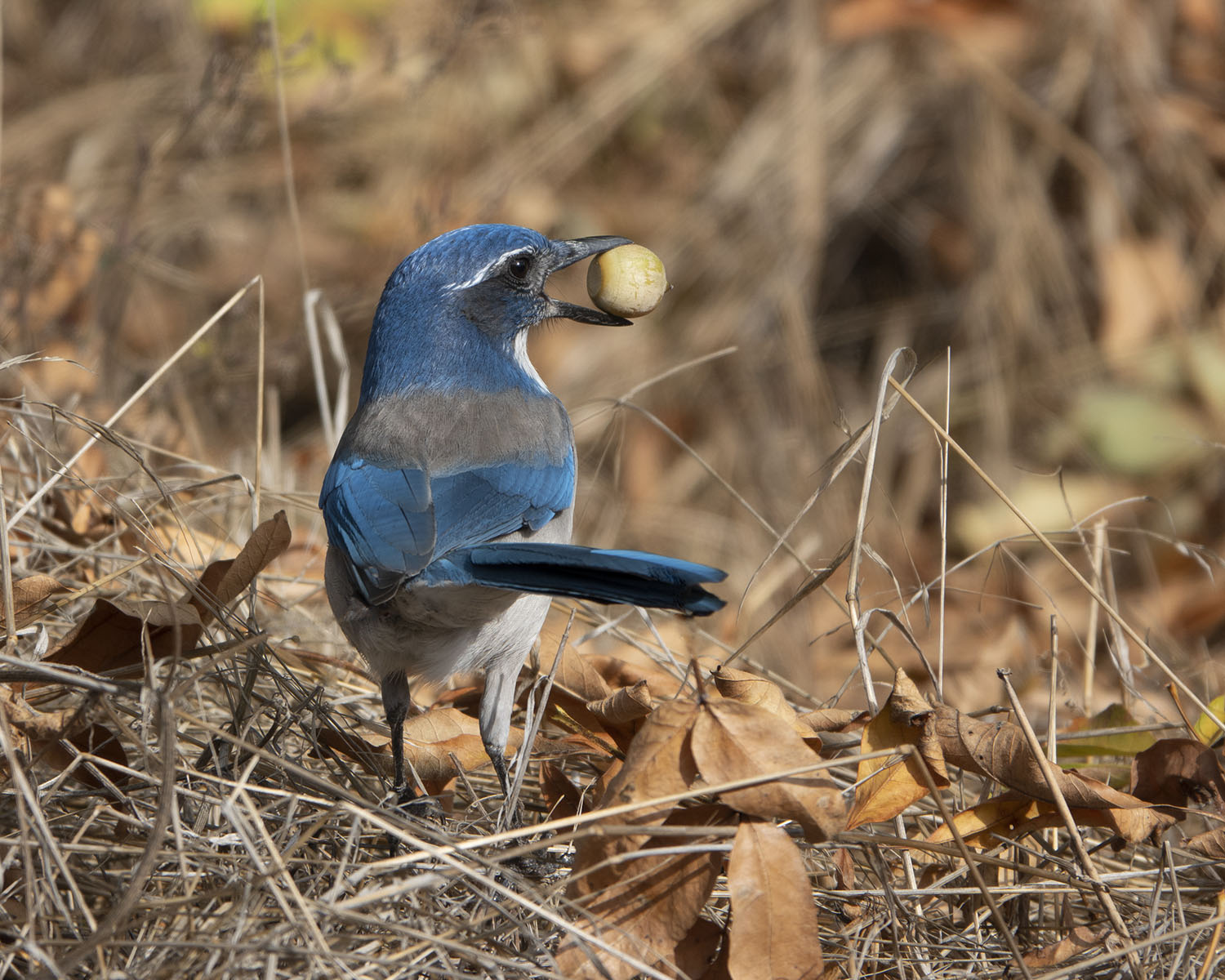 Western Gray Squirrels (Sciurus griseus) are also acorn gatherers, but this one was gnawing on a California Black Walnut (Juglans californica): 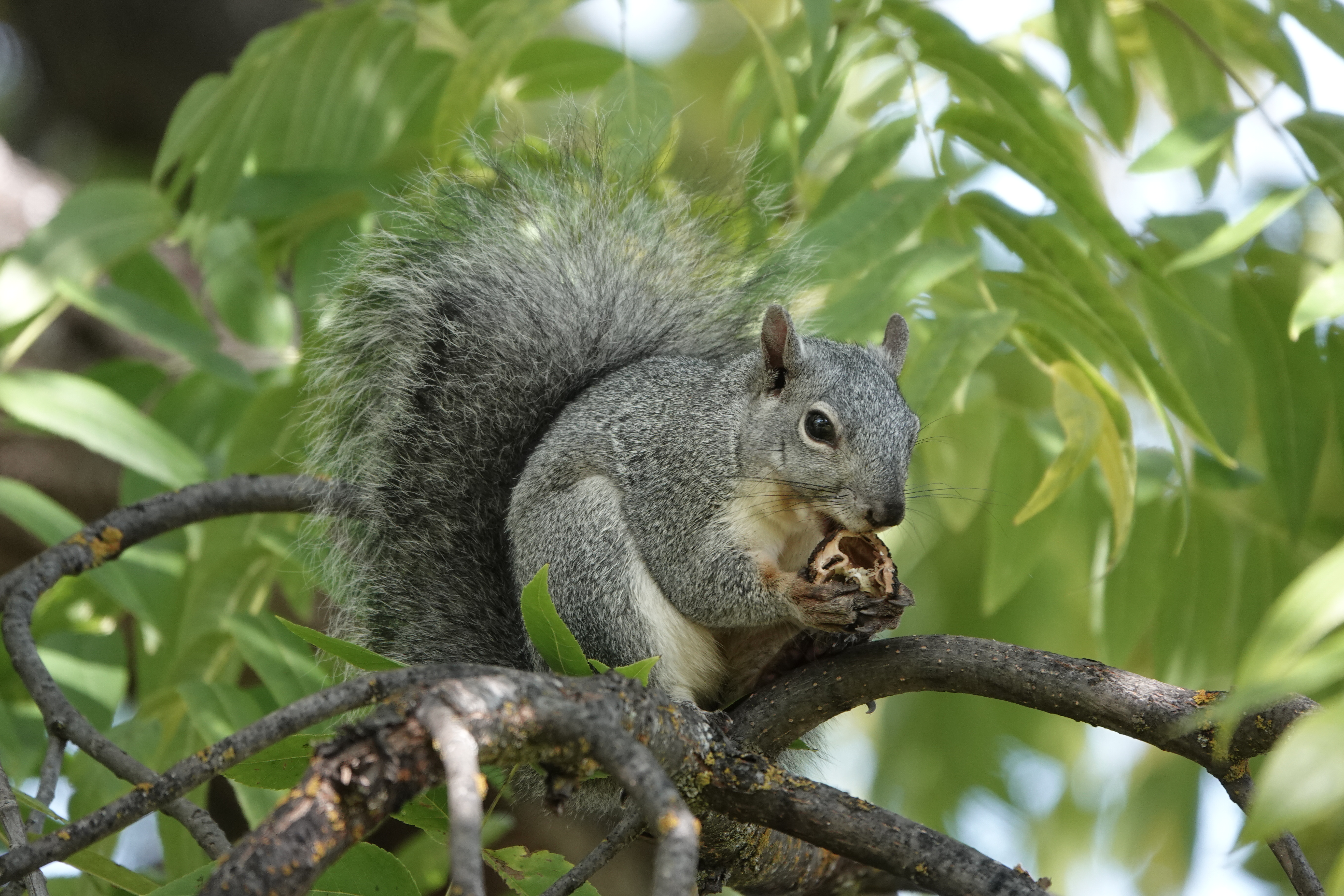 This tiny Bushtit (Psaltriparus minimus) was in possession of a tiny acorn: 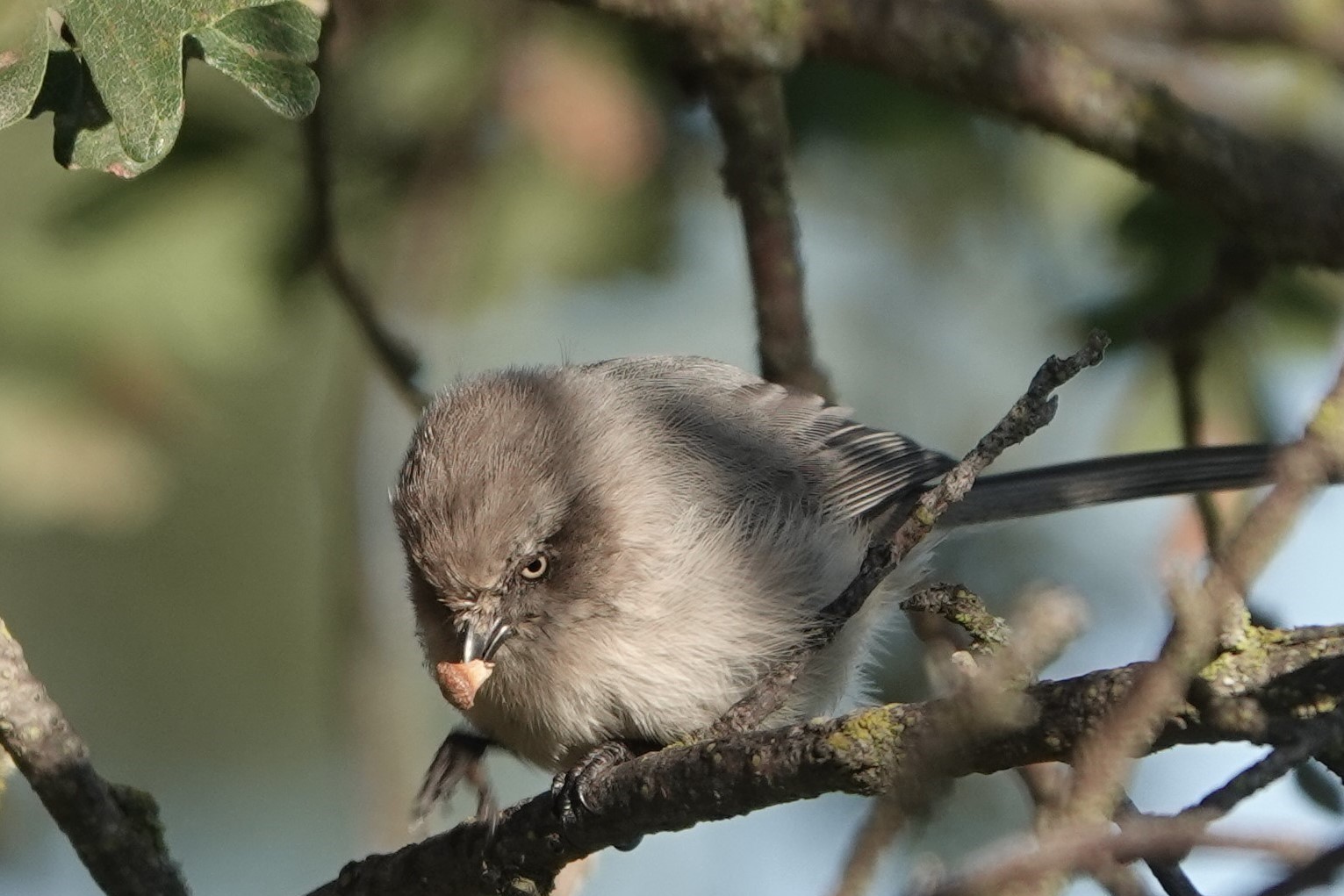 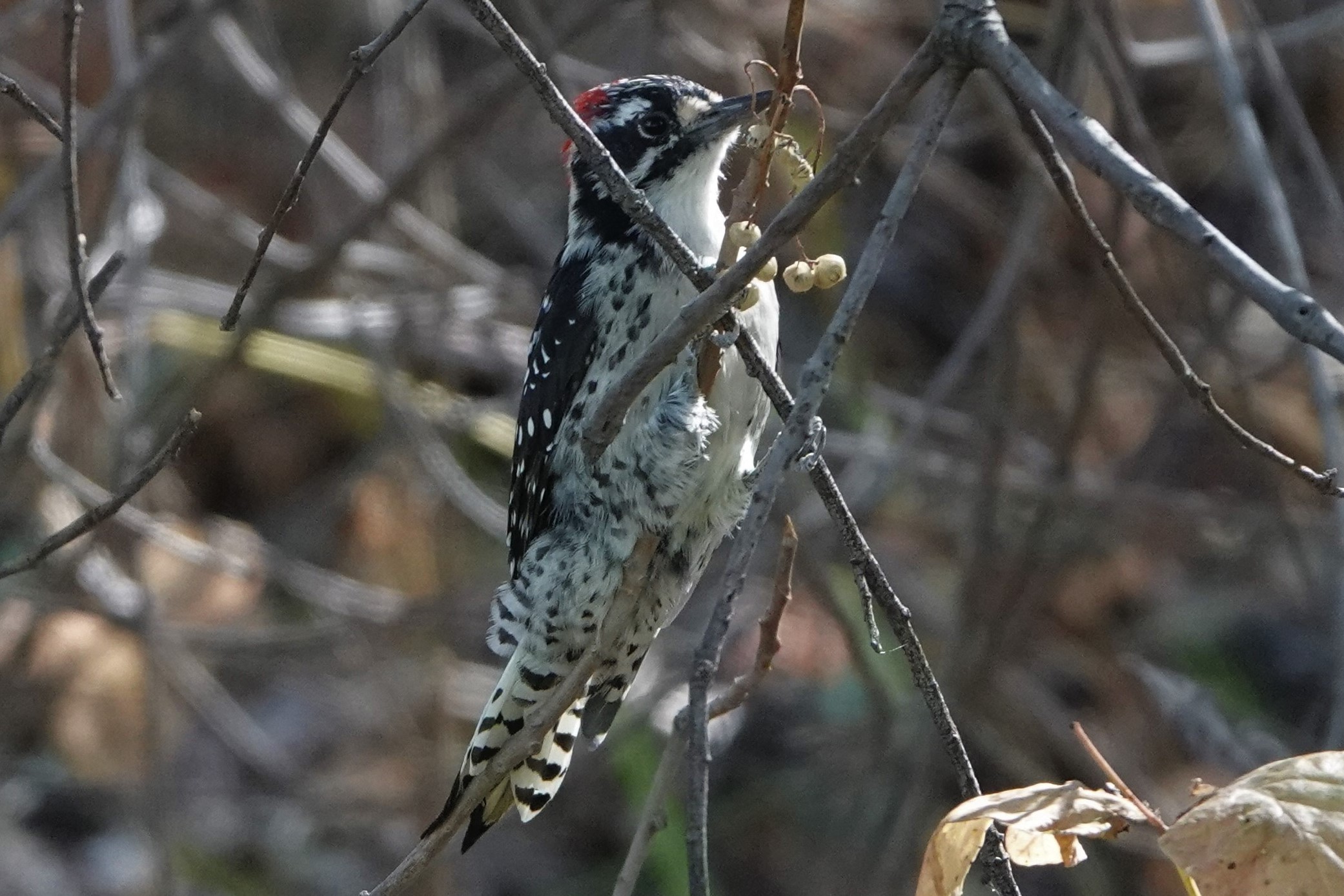 Overwintering birds have now arrived, including this White-Throated Sparrow (Zonotrichia albicollis), a species abundant in the eastern US but uncommon in California: 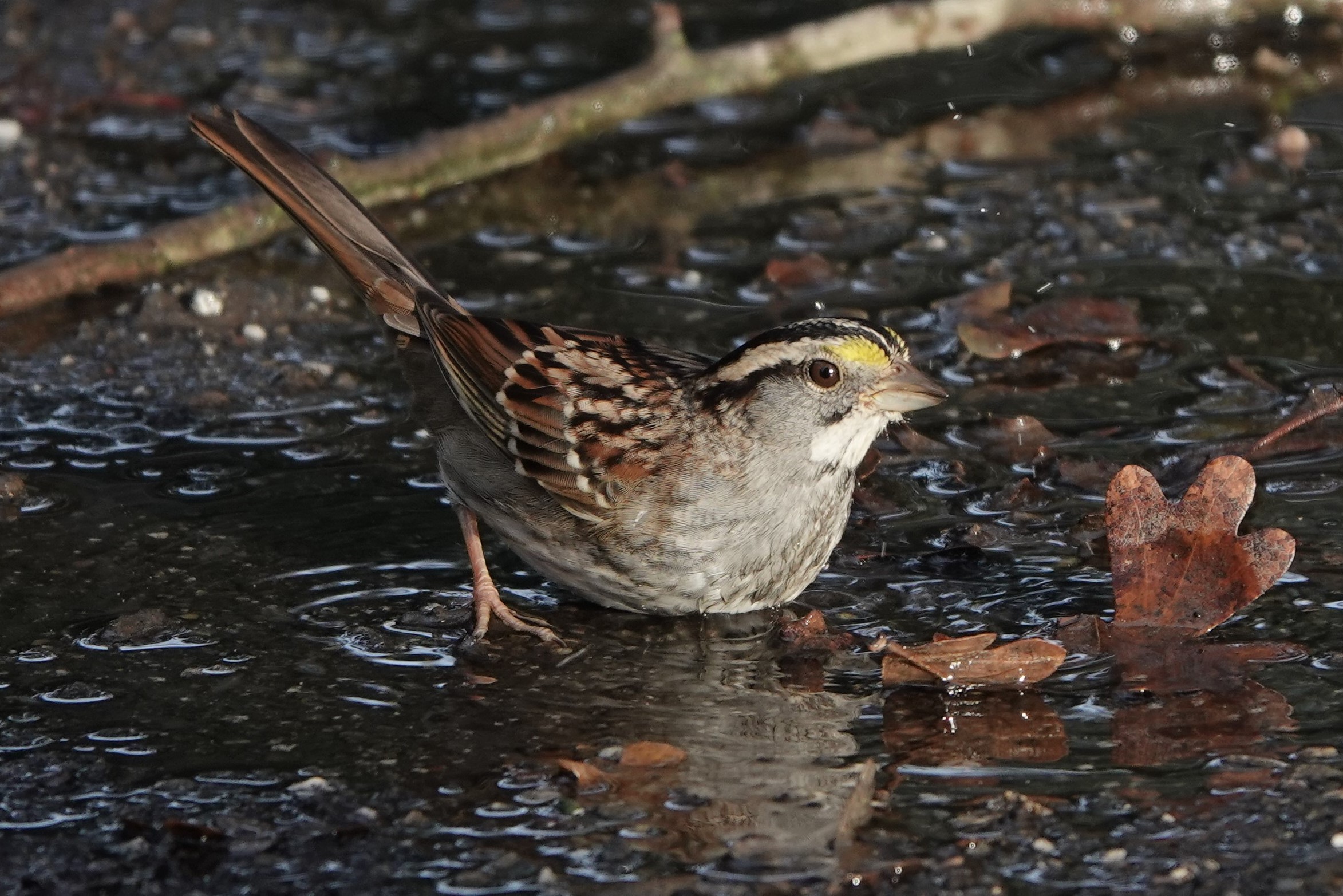 Neotropical migrants have left, except for a few late-lingering individuals like this Townsend’s Warbler (Setophaga townsendi): 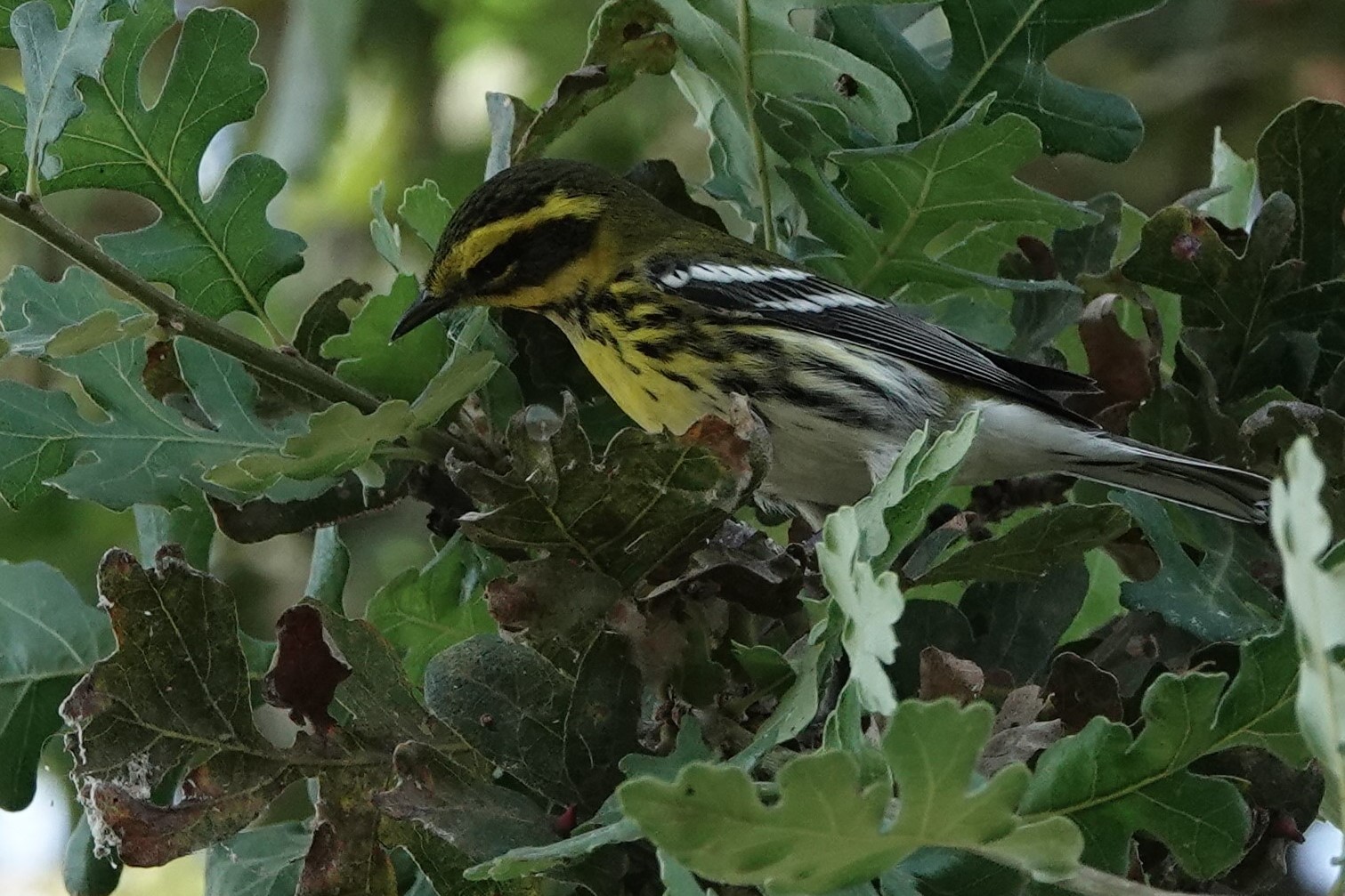 Phainopeplas (Phainopepla nitens) are year-round residents of our oak-lined stream banks.  They are found mainly in Mexico and Central and South America, and reach their northern range limit in our area: 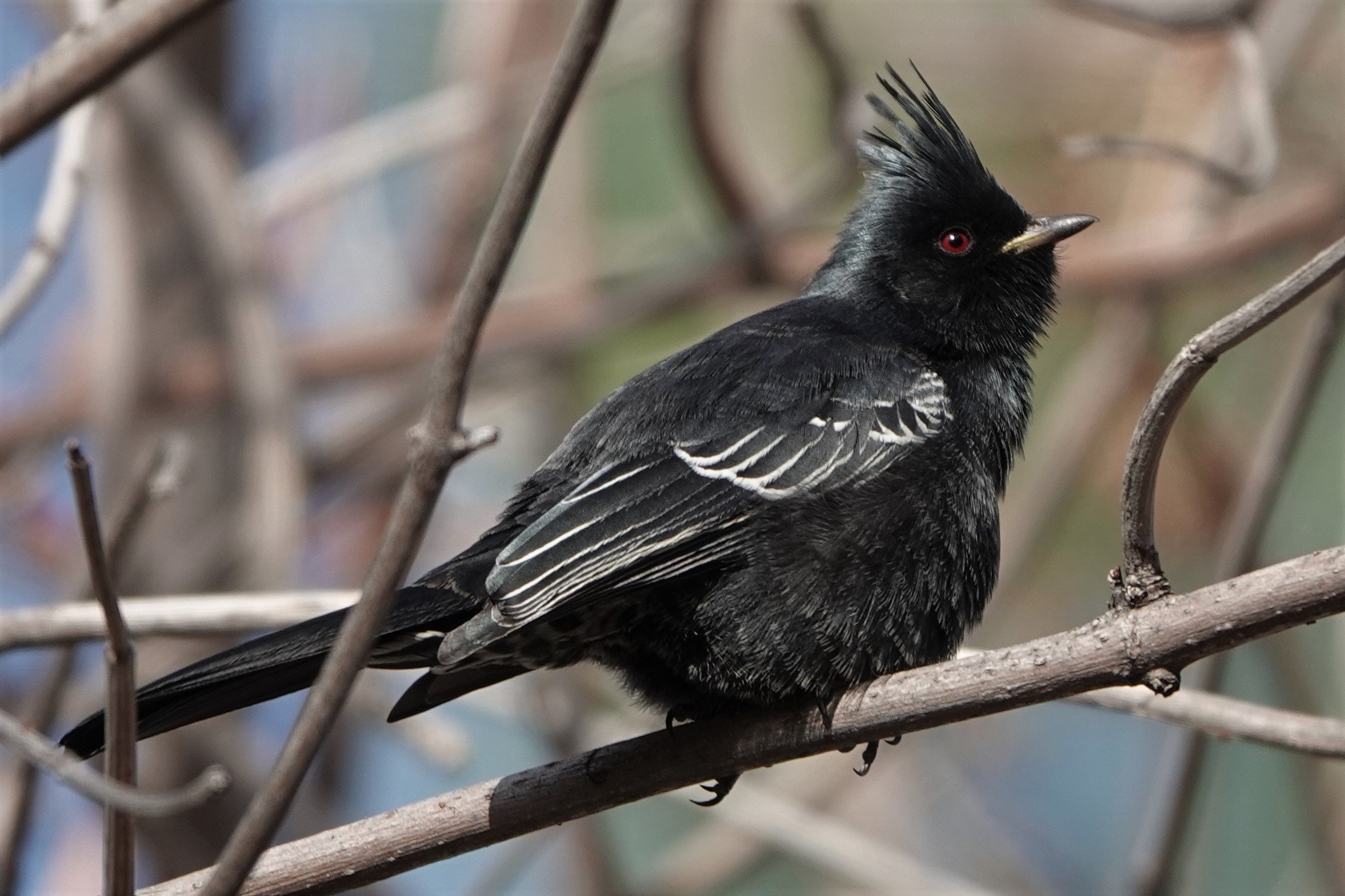 White-Tailed Kites (Elanus leucurus) are another year-round resident that adds an exciting southern element to our local fauna: 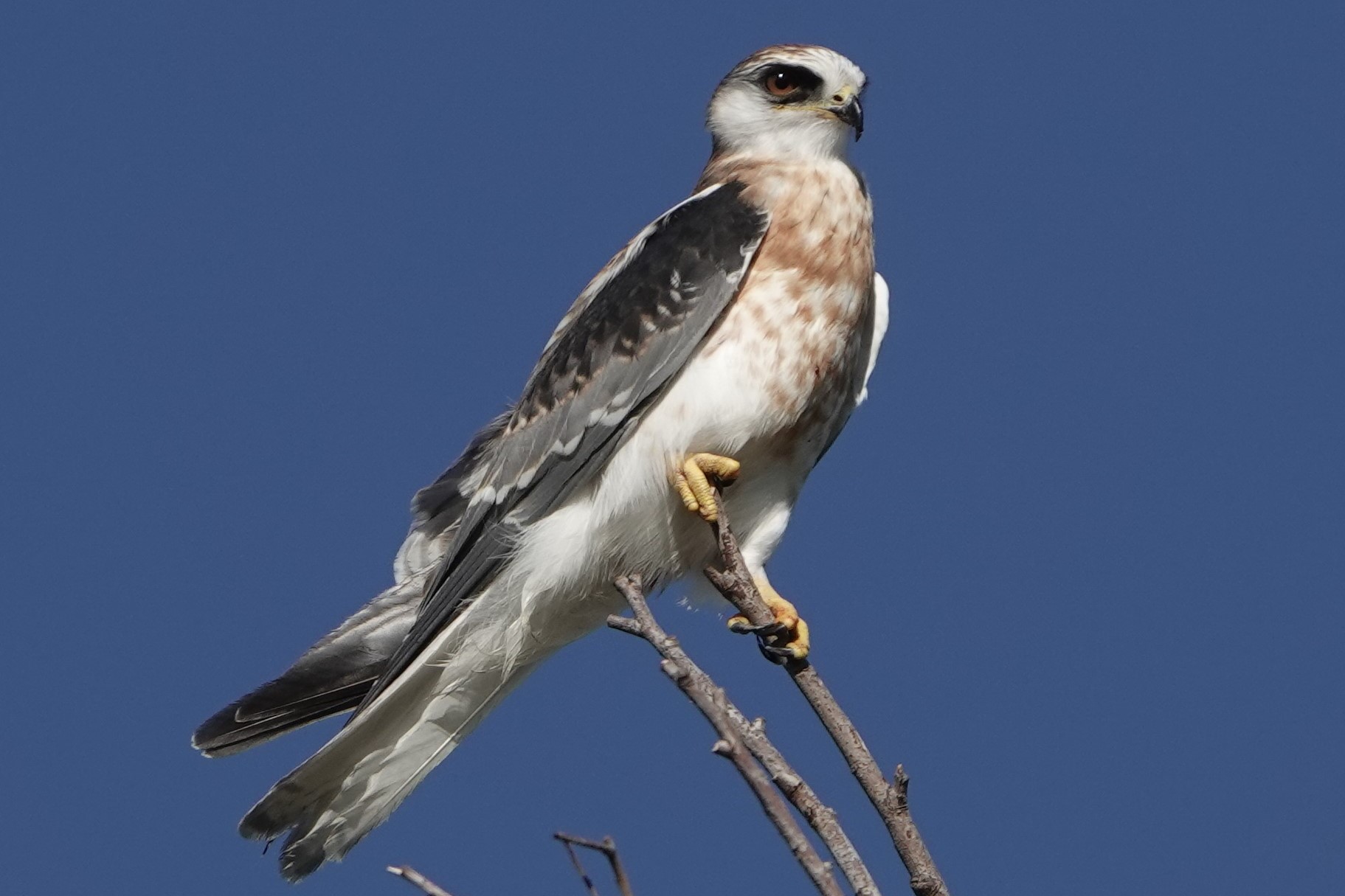 Lake Solano County Park, scene of most of these photos: 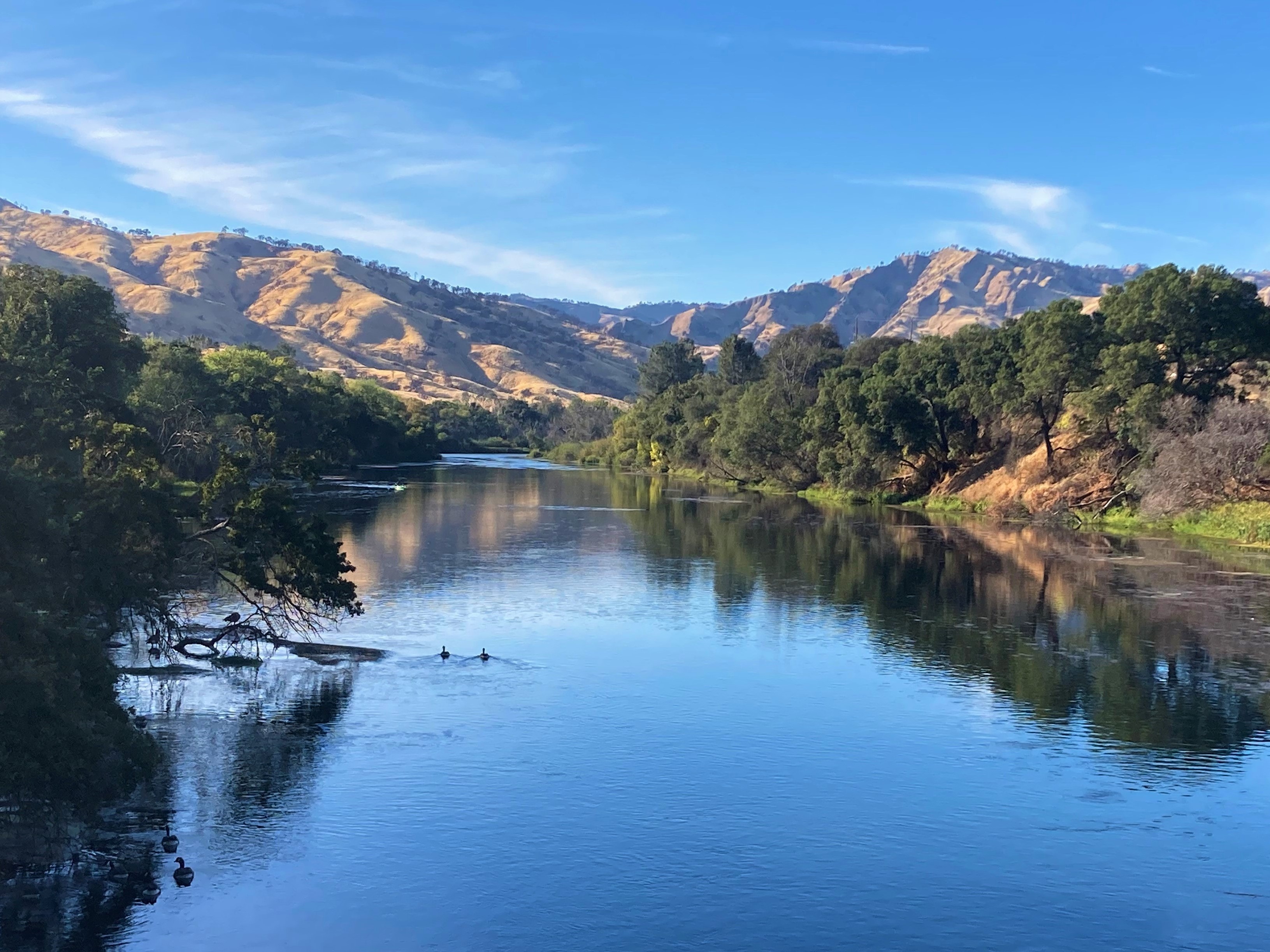