The Reith Lectures, named after Lord Reith, the BBC’s first director-general, are intended, as Wikipedia notes, “to enrich the intellectual and cultural life of the nation. It is in this spirit that the BBC each year invites a leading figure to deliver the lectures. The aim is to advance public understanding and debate about issues of contemporary interest.”

Delivered on the radio, they’ve been going yearly since 1946, when Bertrand Russell gave the first one. (Only one year was missed—1992, when the Beeb couldn’t find anyone to deliver the talk). Each speaker customarily gives four talks.

This year, however, there will be four Reith lecturers—the first time that more than one speaker has done the series. As the BBC’s Radio 4 page on the lectures notes:

The first one is online now, and you’d best listen soon as it will vanish. It’s by acclaimed Nigerian novelist Chimamanda Ngozi Adichie, and, according to reader David, who sent me the link, “She’s a powerful and eloquent speaker, and as I listened to her, I couldn’t help thinking of Christopher Hitchens and his robust defence of the same ideas.”  Well, listen for yourself. I’m doing so at the moment, and I like it very much.

Click on screenshot below to go to the “listen” link. There’s a brief introduction, and the lecture proper begins at 3:45.  It’s short (about half an hour), and finishes at 34:23. It’s followed by another half hour of questions by the interlocutor and the audience. If the link disappears, email me for a substitute.

The talk is anti-authoritarian, and Adichie is uncompromising in her defense of free speech (reminiscent of Mill) and in her criticism of book banning. I can’t say that she’s a new incarnation of Hitchens—whose eloquence can never be equaled—but she is, as David says, “powerful and eloquent” in her own way.

One quote from her talk:

“Literature is increasingly viewed through ideological rather than artistic lenses. Nothing demonstrates this better than the recent phenomenon of ‘sensitivity readers’ in the world of publishing—people whose job it is to cleanse unpublished manuscripts of potentially offensive words. This, in my mind, negates the very idea of literature.”

She also takes up (and rejects) the mantra that “speech is violence”. 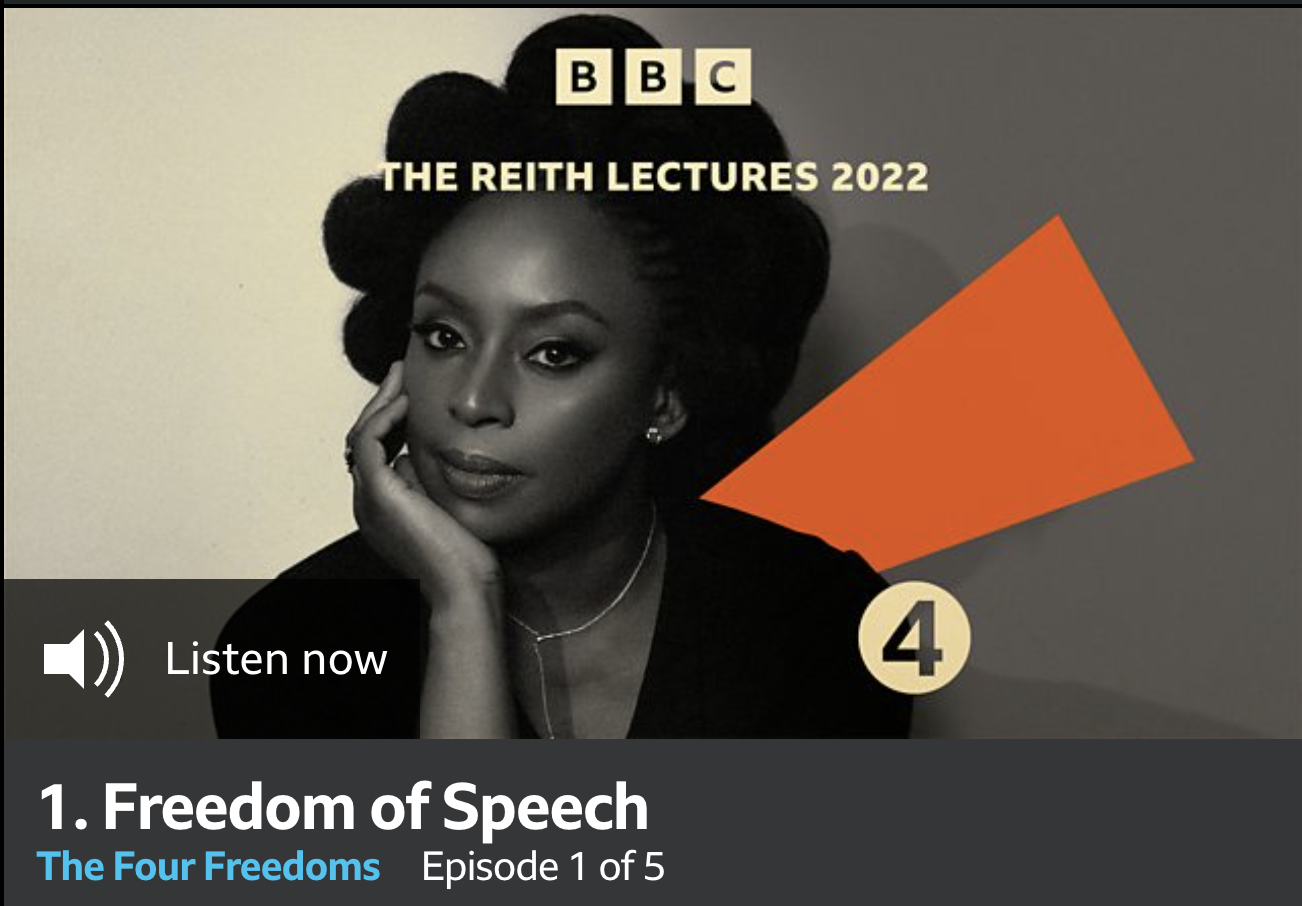