As Luana Maroja wrote the other day, American science is becoming an appendage to ideology, and if facts don’t fit the ideology, well, we can just change the facts. We can also change the words used in medicine and science if they offend even a few people, and those changes come at the expense of scientific clarity.

The American Medical Association (AMA), for instance, issued a mammoth 54-page guide to ideologically proper language, beginning with a land acknowledgment to the Native Americans who once occupied the land occupied by the AMA’s headquarters, complete with the latest usages calculated to offend as few people as possible: words and phrases supposedly having “the potential to create and perpetuate harm.”  Some are okay but many are Pecksniffian, like this one. The second column are the offending phrases, the third gives the AMA’s replacement words.

Fortunately the AMA doesn’t go after “woman” or “mother” the way many have, replacing them with words like “womb-bearer”. But the New Zealand Midwifery Council has, as described in this article by Sarah Donovan, a sociologist at in the Department of Public Health at New Zealand’s University of Otago, who has also worked as a midwife. She’s also described in the article below this way: “Dr Donovan is a Health Sociologist and Adjunct Fellow in the School of Social and Cultural Studies at Victoria University of Wellington. She has previously undertaken research and policy advocacy on menstrual wellbeing, breastfeeding, and period poverty among New Zealand school pupils.”

But she’s angry at the bowdlerization of the Midwifery Council’s guiding document, which used to include the words “mother” and “woman”, but doesn’t any more. Click to read:

The words appear to be mostly Donovan’s:

The Midwifery Council of NZ is updating its Midwifery Scope of Practice guidance for midwives to entirely remove the words ‘mother’ and ‘woman’.

Health researcher and former midwife Dr Sarah Donovan says the move is likely to be out of step with public expectations in New Zealand about the profession of midwifery, including how it describes who it cares for.

The Midwifery Council is required by the Health Practitioners Competence Assurance Act (HPCA) to prescribe the scope of practice of a midwife. The Scope defines what it means to be a midwife in New Zealand.

With midwifery arguably the most woman-centred and mother-centred of all health professions, Donovan says clarification is needed on what evidence base and advice underpinned the Midwifery Council’s decision to remove these words entirely. The words ‘wahine’ and ‘māmā’, used almost universally in other maternity care material in New Zealand are also not used anywhere in the English language version of the document. The lack of these words seems conspicuous considering the inclusion of te reo in the English version for other terms.

“For a lot of people this will probably not make sense. Why erase these important words from midwifery in New Zealand? If this is about being inclusive, there is scope for terms to be used alongside each other. My understanding of what inclusive language in healthcare means is that it actually includes rather than excludes; it is additive of new terminology rather than removing widely-recognised and culturally cherished terms such as ‘mother’ and ‘māmā’

A reasonable question to ask would be – has the Midwifery Council actually sought the views of the population they serve, and of the wider NZ public on removing the words ‘mother’ and ‘woman’ from Midwifery care in NZ? Have they asked mothers-to-be as a group how they would wish to be described instead?”

This link gives  previous version of the NZ Midwives Scope of Practice document referred to women and mothers throughout.

Here’s the new “scope of practice” with the ideologically acceptable changes.

And a document comparing some of the changes (there are more). Note that the word whānau doest not mean “woman” in Māori but, in this context, “extended family“. In other words, anyone. The words “woman” and “mother” have been expunged. 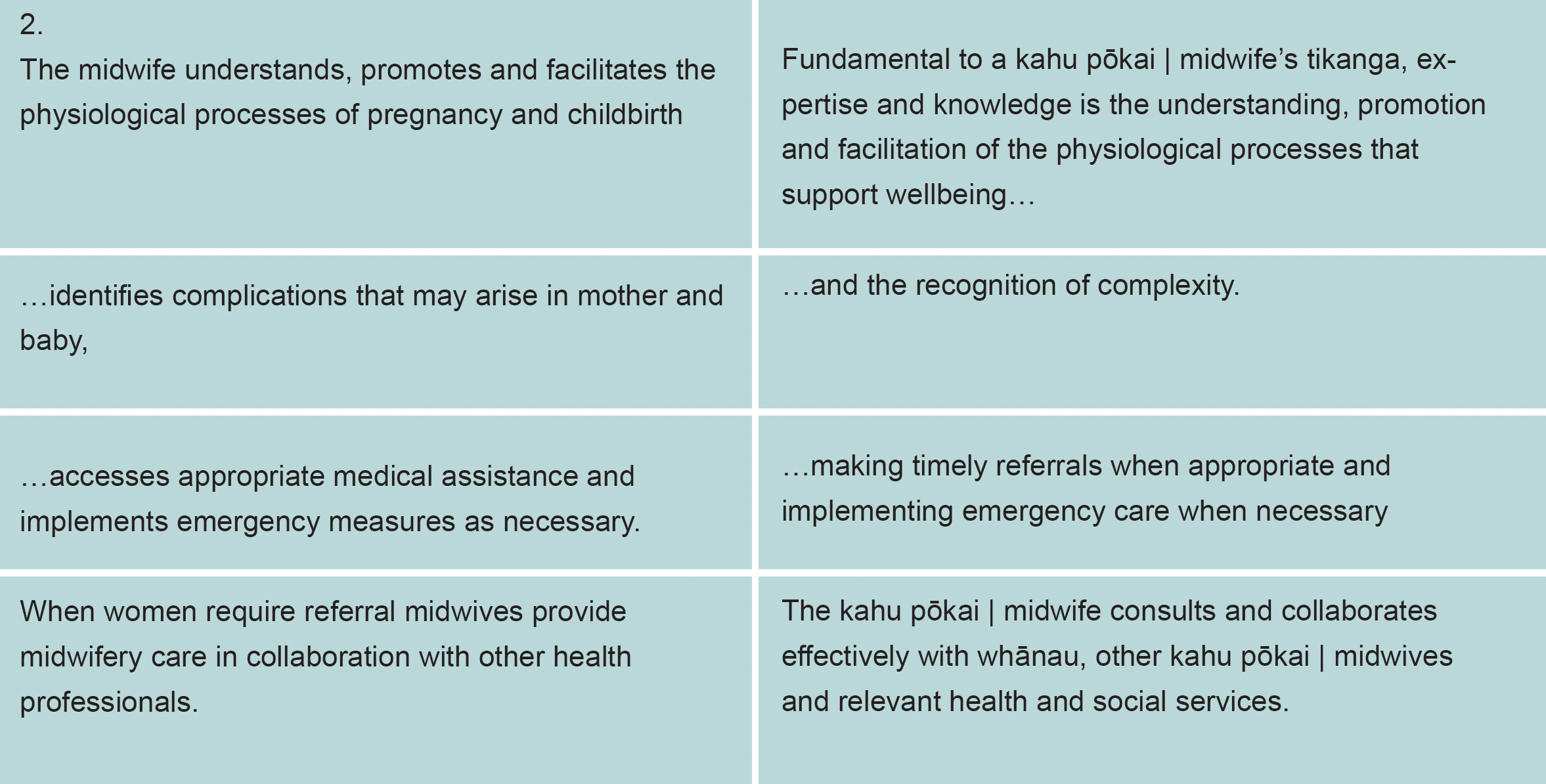 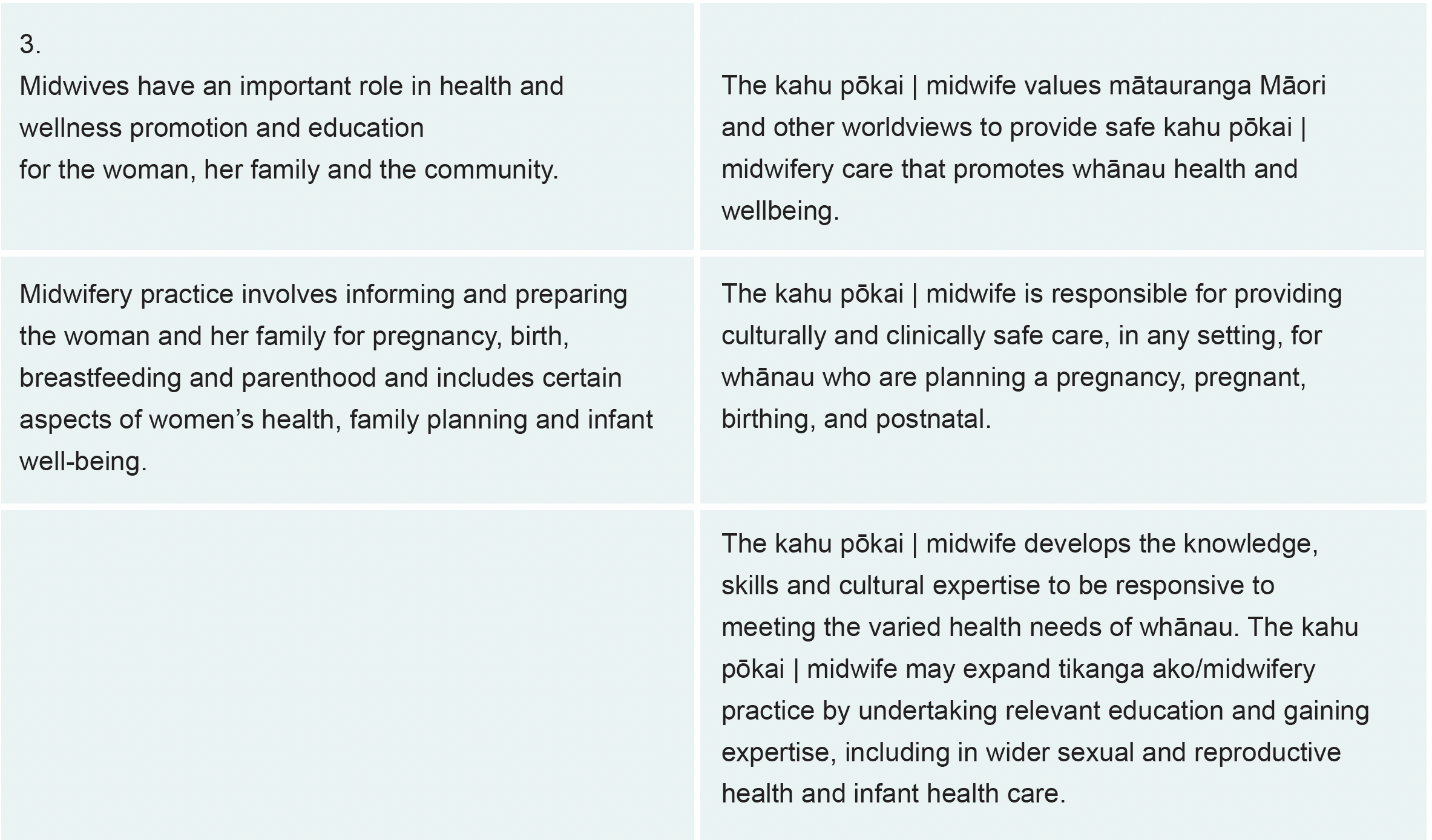 Why did they do this? Their explanation is this:

We believe the revised scope is whānau centred.  It upholds the mana of Te Ao Māori and Tangata Tiriti worldviews. It is inclusive and affirms and enables us to practice in ways that meet the needs of all whānau in Aotearoa. The revised scope will support our ability to address a detrimental imbalance of representation, understanding and appreciation of Māori knowledge, values and practice.

The words are gone because “mother” and “women” are not inclusive enough, for they don’t include biological women who identify as men (and perhaps have had medical treatment to make their bodies more similar to those of men). One could perhaps avoid this problem by using “biological women”, which is accurate, but that too would offend transsexual women, who are surely a tiny minority of people to whom this document applies. At the expense of clarity, they use a word that means “extended family” rather than either “woman”, “mother”, or, for that matter, “trans woman.”