Welcome to Tuesday: the Cruelest Day, November 8, 2022, and National Cappuccino Day. Here’s a good one: 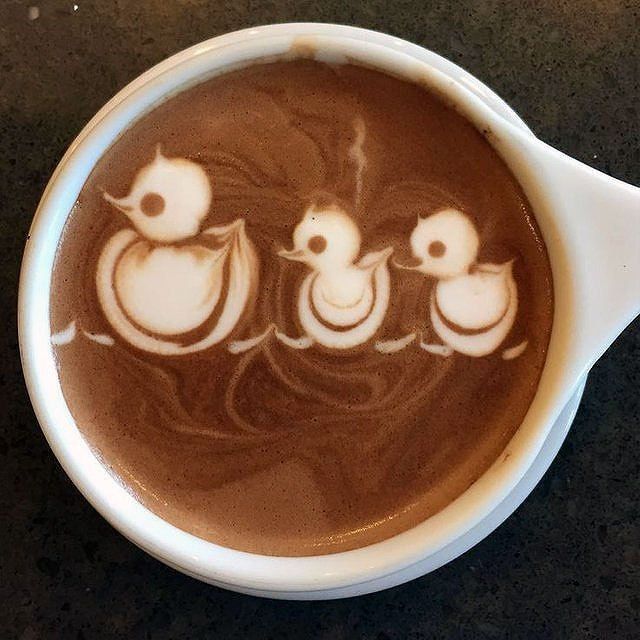 Readers are invite to contribute notable events, births, and deaths on this day by consulting the November 8 Wikipedia page.

*Remember, it’s Election Day, and here’s the Tuesday morning prognostication from Five Thirty Eight, with things not looking good, especially in the House.  And since yesterday afternoon, the Democratic prediction has gone down four seats in the Senate, though the House prognostication is unchanged.

And Nate has Three Big Questions:

Question 1: Will the polls be systematically wrong?

Which type of polling error is more likely? If you’ve been following these election updates, you’ve probably noticed me wrestling back and forth between a “trust the process” mentality, where I take the FiveThirtyEight’s model’s output as gospel, and a concern that the model may still be underestimating the chance of a pro-Democratic bias in the polls as we saw in 2016 and 2020.

. . . For what it’s worth, I’ve mostly landed on “trust the process.” My personal view of the race is pretty well aligned with the FiveThirtyEight Deluxe model. The polls could very well be biased against Republicans again. The best reason to think so is probably the “Nathan Redd” argument that as polling gets more difficult, you should put more faith in the fundamentals. Usually, the president’s party has a rough midterm, especially when the president has a 42 percent approval rating and inflation is at 8.2 percent.

Question 2: How big will the turnout gap be?

I’m sorry to repeat the biggest cliche in election analysis, but if the polls are roughly in the right vicinity, control of the Senate will come down to turnout. If you care about the outcome and haven’t voted, you should do so.

A higher turnout could favor either party, depending on where the election takes place.

Question 3: How much does candidate quality matter?

Here’s an important fact about this election that’s become somewhat obscured. If it weren’t for the candidates — some relatively strong Democrats and some relatively weak Republicans — Democrats would be completely screwed in the Senate, barring a major polling error.’

. . . So if all races went according to the national environment plus the state’s partisan lean, Democrats would lose the seats they currently hold in Nevada, Georgia, Arizona and New Hampshire while failing to make any gains from Republicans, resulting in a 54-46 GOP Senate. That sort of outcome is not out of the realm of possibility by any means at all, but it’s relatively unlikely. The GOP may well pay a price for its inexperienced, unpopular and in some cases scandal-plagued candidates. Just how much of one could determine which party winds up with Senate control.

At the NYT, Nate Cohn covers all the bases with four scenarios:

Democrats cling to a five-seat majority in the House, but if they get a few breaks, the night still might leave them with a lot to feel good about — even if the scoreboard still shows the Republicans gaining seats and taking the House. It might even feel like a Democratic win, given how the polls have trended toward Republicans in recent weeks.

This feels-like-a-win mainly comes down to holding control of the Senate. To hold the chamber, the party will probably need to win three of the four most critical races: Pennsylvania, Georgia, Arizona and Nevada.

Scenario 2: The feels-like-a-win for Democrats.

Democrats cling to a five-seat majority in the House, but if they get a few breaks, the night still might leave them with a lot to feel good about — even if the scoreboard still shows the Republicans gaining seats and taking the House. It might even feel like a Democratic win, given how the polls have trended toward Republicans in recent weeks.

This feels-like-a-win mainly comes down to holding control of the Senate. To hold the chamber, the party will probably need to win three of the four most critical races: Pennsylvania, Georgia, Arizona and Nevada.

A “red wave” election would not be a surprise; nor would it be hard to explain. President Biden’s approval ratings are stuck in the low 40s, a figure as low or lower than Donald J. Trump’s approval ratings in 2018, Bill Clinton’s in 1994 and Barack Obama’s in 2010. In each case, the party out of power gained 40 or more House seats and won the House national popular vote by around seven percentage points or more

A surprising Democratic night — a hold in the House and the Senate — is unlikely. With polls trending toward Republicans, the outcome feels even harder to imagine than the word “unlikely” suggests.

But it does remain within the realm of possibility: Democrats are still within striking distance of a good night.

No they’re not. Being a Jew, I’m naturally a pessimist—or the equivalent of the Jewish optimist in this joke:

Jewish Pessimist.  Oy! Things couldn’t get any worse.
Jewish Optimist:    Sure they can!

I’m with scenario 3, for a pessimist is never disappointed, and I’ll be delighted if Dems win one house of congress.

*One more set of predictions, this time from Henry Olsen in the Washington Post:,and again not good for Dems: 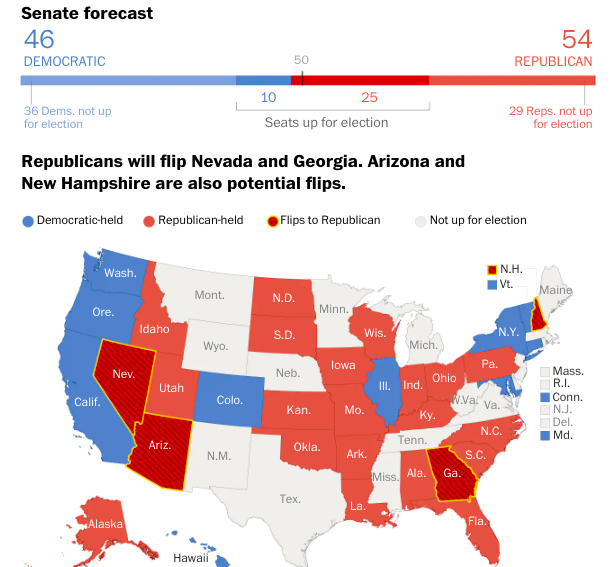 and in the House:

*And in three swing states, Republicans are suing to have tons of mail-in ballots disqualified while at the same time telling their own voters to walk to the polls to vote. Sneaky, eh?

Republican officials and candidates in at least three battleground states are pushing to disqualify thousands of mail ballots after urging their own supporters to vote on Election Day, in what critics are calling a concerted attempt at partisan voter suppression.

In Pennsylvania, the state Supreme Court has agreed with the Republican National Committee that election officials should not count ballots on which the voter neglected to put a date on the outer envelope — even in cases when the ballots arrive before Election Day. Thousands of ballots have been set aside as a result, enough to swing a close race.

In Michigan, Kristina Karamo, the Republican nominee for secretary of state, sued the top election official in Detroit last month, seeking to toss absentee ballots not cast in person with an ID, even though that runs contrary to state requirements. When asked in a recent court hearing, Karamo’s lawyer declined to say why the suit targets Detroit, a heavily Democratic, majority-Black city, and not the entire state.

And in Wisconsin, Republicans won a court ruling that will prevent some mail ballots from being counted when the required witness address is not complete.

. . . Experts say the litigation — which could significantly affect Tuesday’s vote — represents a parallel strategy of suing to disqualify mail ballots based on technicalities. While the rejections may have some basis in state law, experts say they appear to go against a principle, enshrined in federal law, of not disenfranchising voters for minor errors.

The suits coincide with a systematic attempt by Republicans — led by former president Donald Trump — to persuade GOP voters to cast their ballots only on Election Day.

*If you’re not disheartened enough, Elon Musk, flip-flopping over the last week on how Twitter is to be run, went ahead and recommended that Twitter users vote. . . REPUBLICAN!

“Shared power curbs the worst excesses of both parties, therefore I recommend voting for a Republican Congress, given that the Presidency is Democratic,” he tweeted.

Shared power? This is a recipe for stalemate!

*Reader Ken has an item for us (NOT recommended as a Coynezaa gift):

Regular readers of WEIT know that Gwyneth Paltrow pushes some overpriced crap. But now (just in time for our Coynezaa celebration shopping) Gwynie has dropped her 2022 goop Holiday Gift Guide. It includes — I shit you not — this 9 lbs sack of free-range, composted goat, horse, chicken, and cow manure from Flamingo Estates (guaranteed to make any plant grow strong and vibrant), selling for 75 simoleons a poop, er, pop.

YES! and here it is, at only a bit more than nine bucks per pound. 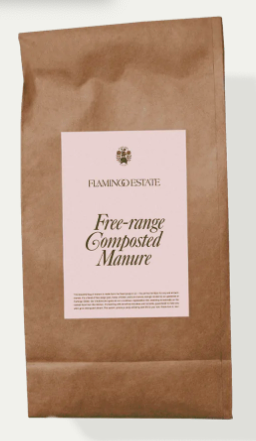 Note that it’s recommended this way:

It’s hard to go wrong with compost! This compost can be used to fertilize and amend your edibles, medicinals/herbs and house plants. Apply a generous layer directly to your soil or at the base of your plants. You can top dress with compost up to several inches depending on your situation. Water in thoroughly.

What’s the difference between fertilizing and “amending”?

Meanwhile in Dobrzyn, there’s a titled Hili today, and she’s near baby Kulka.

Kulka: Where are these birds flying to?
Hili: Not to us.
(photo by Paulina) 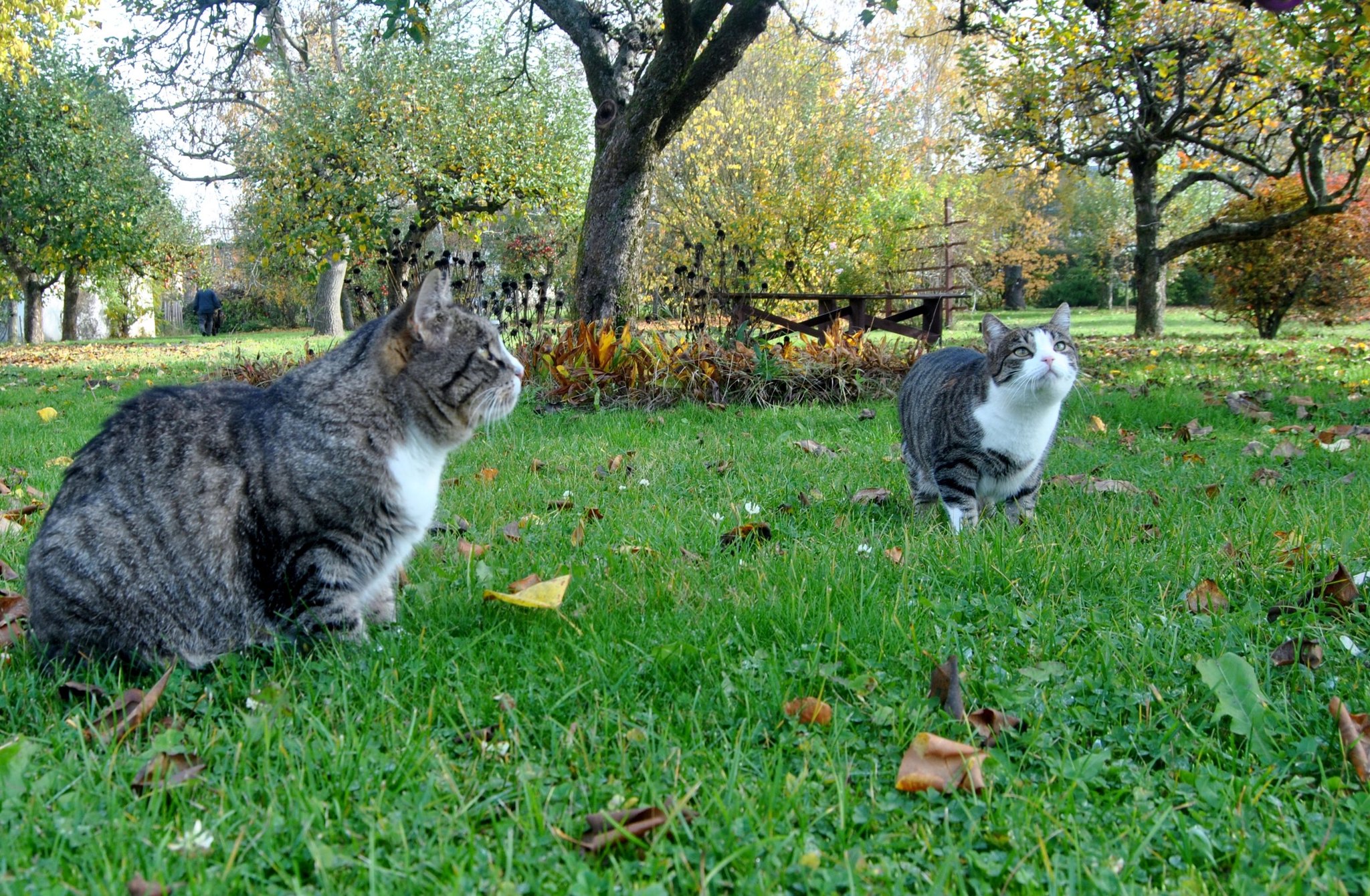 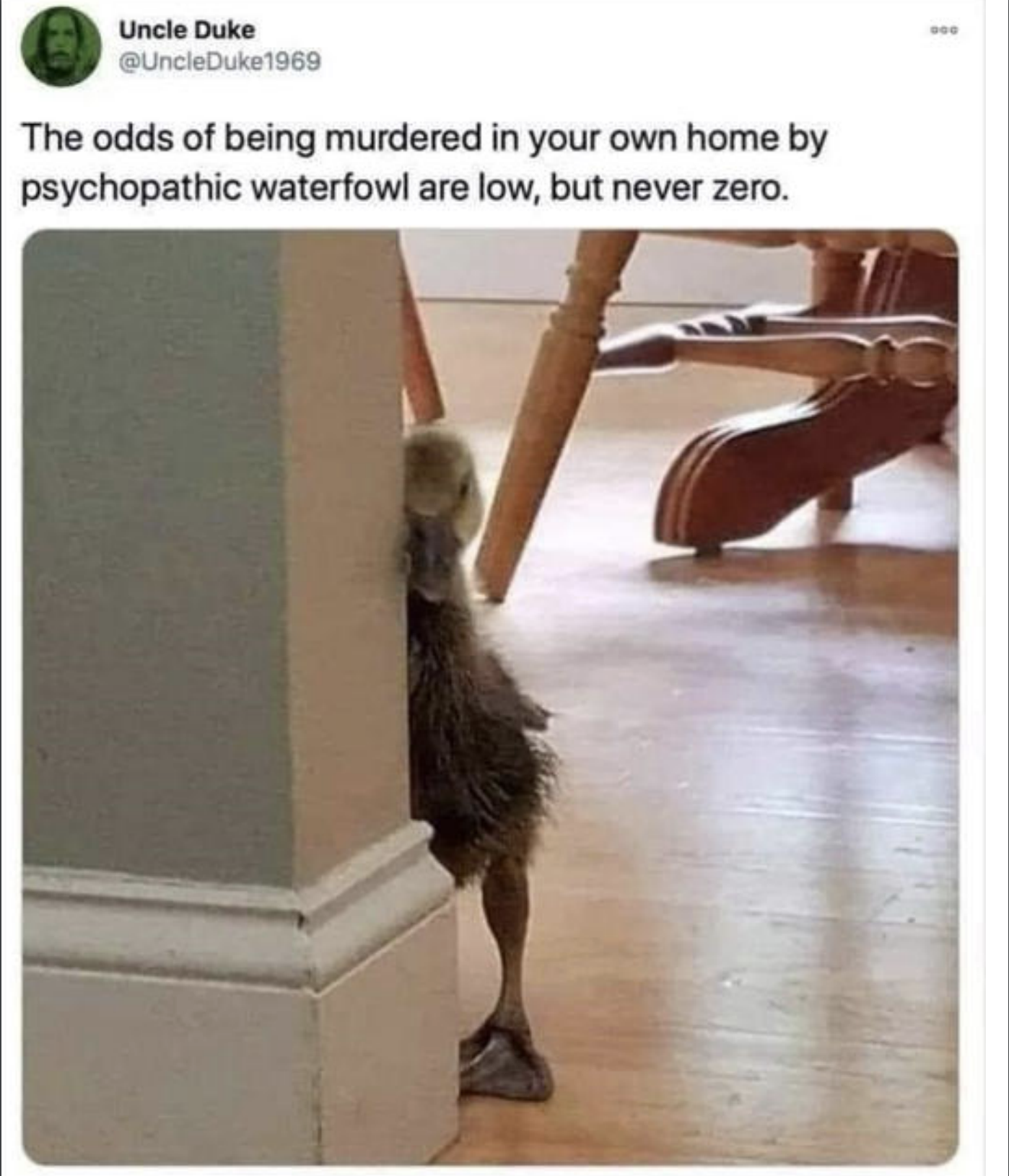 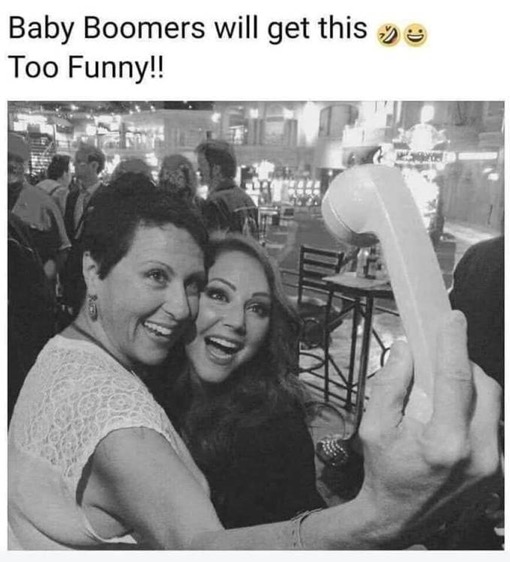 God and Elon Musk are in a Twitter spat. Can Elon Musk dethrone the Deity? A screenshot. 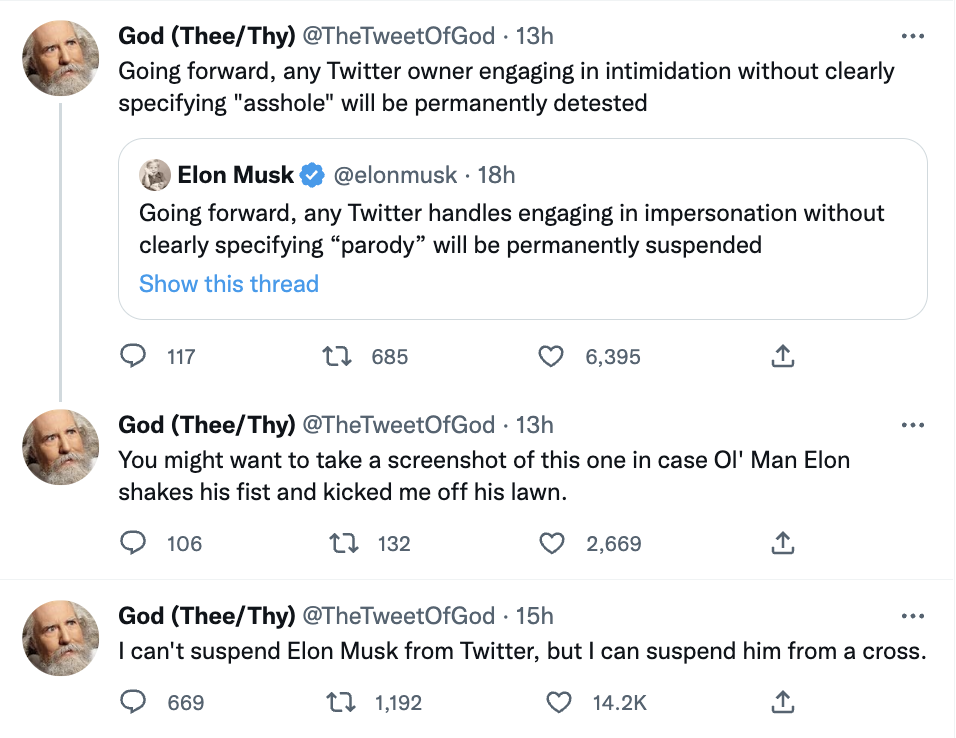 From Masih. Now the Iranian parliament is calling for the execution of protestors:

227 members of the 290-seat Parliament in Iran have called on the Judiciary to issue death sentences for people arrested during the ongoing uprising.
They want to execute innocent protesters who chanted Woman Life Freedom.
The world must stop this act of terror.#MahsaAmini pic.twitter.com/NoaCcG1n6h

I’ve posted this before but can’t help but be impressed with it again. Ducks can play dead to fool predators (h/t Simon):

And the Academy Award goes to: Duck pic.twitter.com/qEXa97diQF

From Malcolm: a demonstration of centripetal force, and the guy doesn’t spill a drop!

From the Auschwitz Memorial; note the yellow star.

In November 1942 he was deported to #Auschwitz with his sister Jansje. After the selection they were murdered in a gas chamber together with their mother Roosje. pic.twitter.com/K9hjxaj0BV

Tweets from Matthew. This first one looks like an incident of broodnapping, like when Honey kidnapped Dorothy’s brood several years ago and wound up with a family of 17.  I can’t figure out, though, whether only one duck was ‘napped.

Once again, zebras seem have stripes because they appear to deter biting flies. This thread of nine tweets gives the whole tale.

Why do zebras have such striking, conspicuous, black & white stripes? This >150-yr-old mystery, puzzled over by Darwin & many others before him, still isn’t solved. But one hypothesis is in the lead. Hint: it's not predator confusion, thermoregulation, or camouflage (1/9) pic.twitter.com/Q1UEMwztaT