We’re back with a selection of photos from Tony Eales from Queeensland. Tony’s notes are indented and you can (and should) enlarge his photos by clicking on them.

I had to go to the Burnett River region for work and spent the nights investigating the habitat known, rather oxymoronically, as ‘dry rainforest‘. It’s a highly diverse forest type that once covered a lot of coastal and subcoastal subtropical Queensland. These days, apart from creek lines and rocky hills and gorges, most has been cleared and fragmented for livestock and agriculture, particularly on the rich red basaltic soils of the South Burnett.

One conservation park I visited was no more than 400m by 200m, but represented probably the only remnant patch on flat red soil in the region. Despite this the diversity was pleasing.

I went through the records on Atlas of Living Australia and the last recorded sighting of this beetle was 1953 and before that 1870. I suspect it is adapted to the particular soil and habitat that has mostly been lost through agriculture. 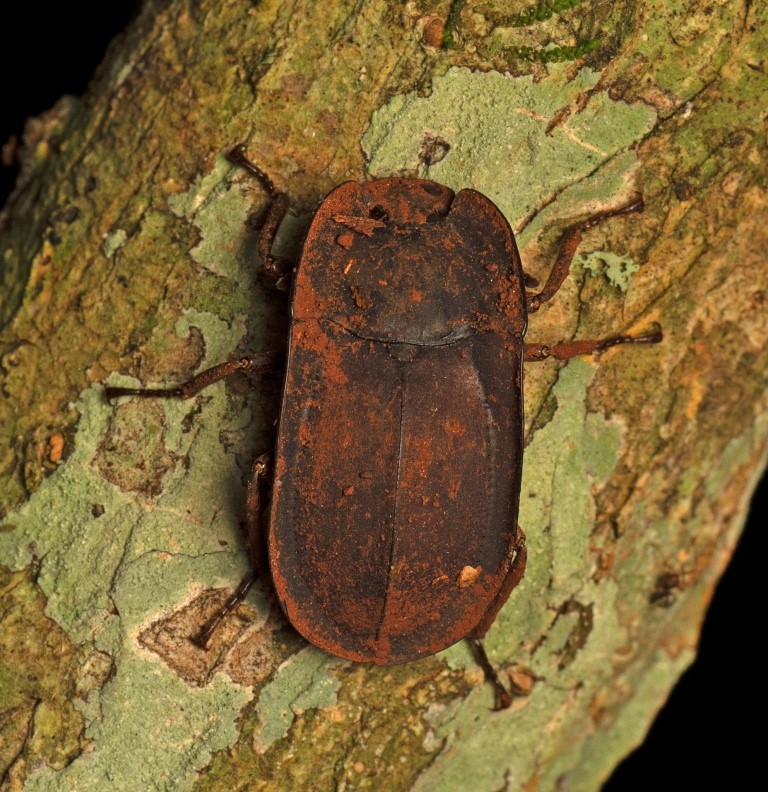 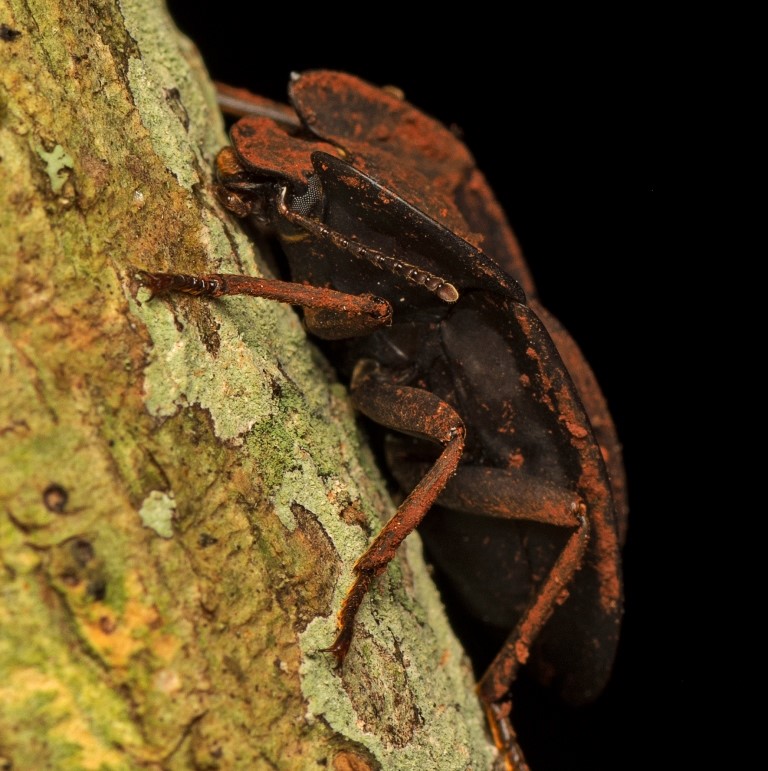 It was here that I also found my first Four-barred Swordtail butterfly, (Protographium leosthenes ssp. leosthenes). With my camera setup I can photograph butterflies only when they’re asleep. They’re too fast and nervous in the day. 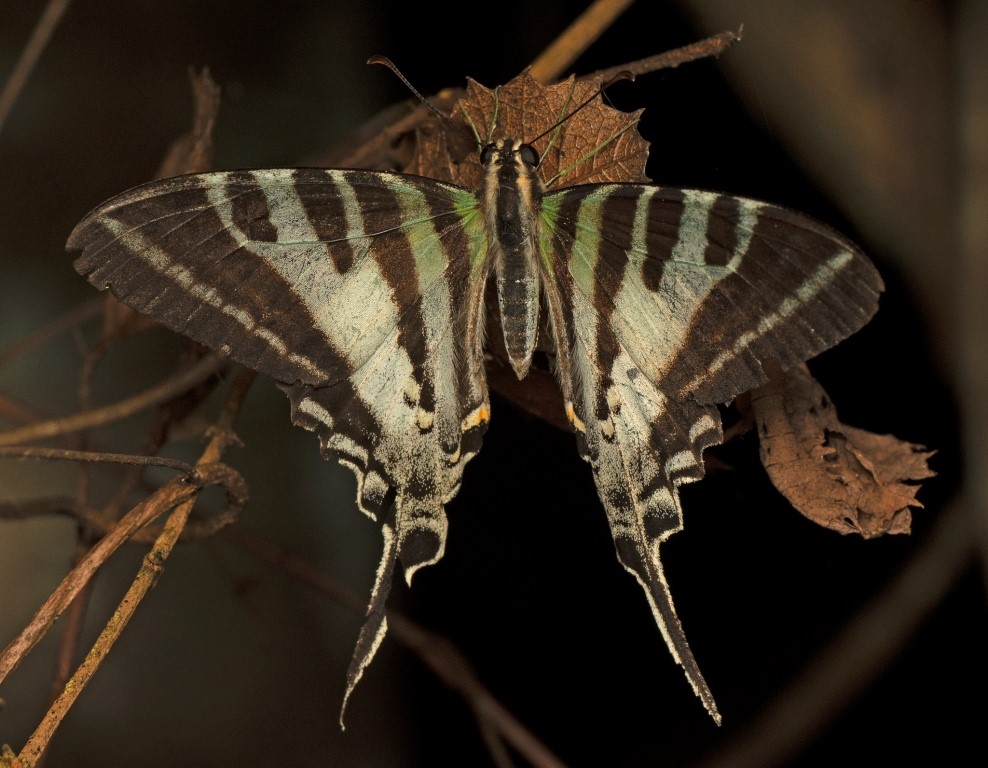 I also went to the nearby Boat Mountain Conservation Park. This is a larger reserve with more habitat types, but is a rocky hill with none of the rich red soil habitat. The dry rainforest here is dominated by the prickly Capparis sarmentosa known as Scrambling Caper. It was the perfect time of year for flowers. 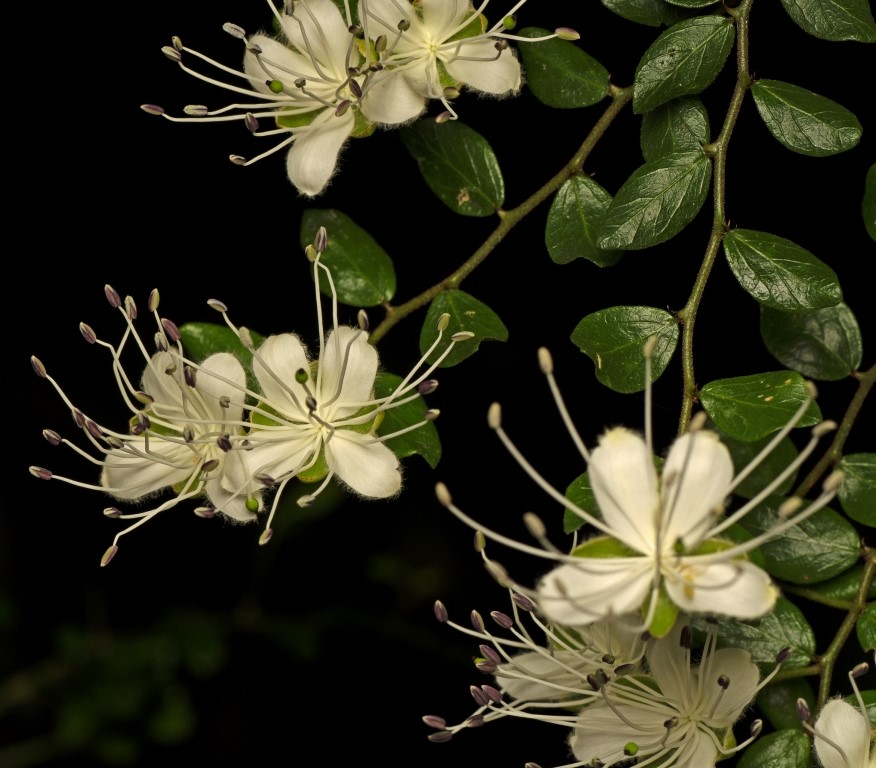 And many branches contained numbers of sleeping Caper White butterflies (Belenois java) and I found their eggs on one spent flower bract. 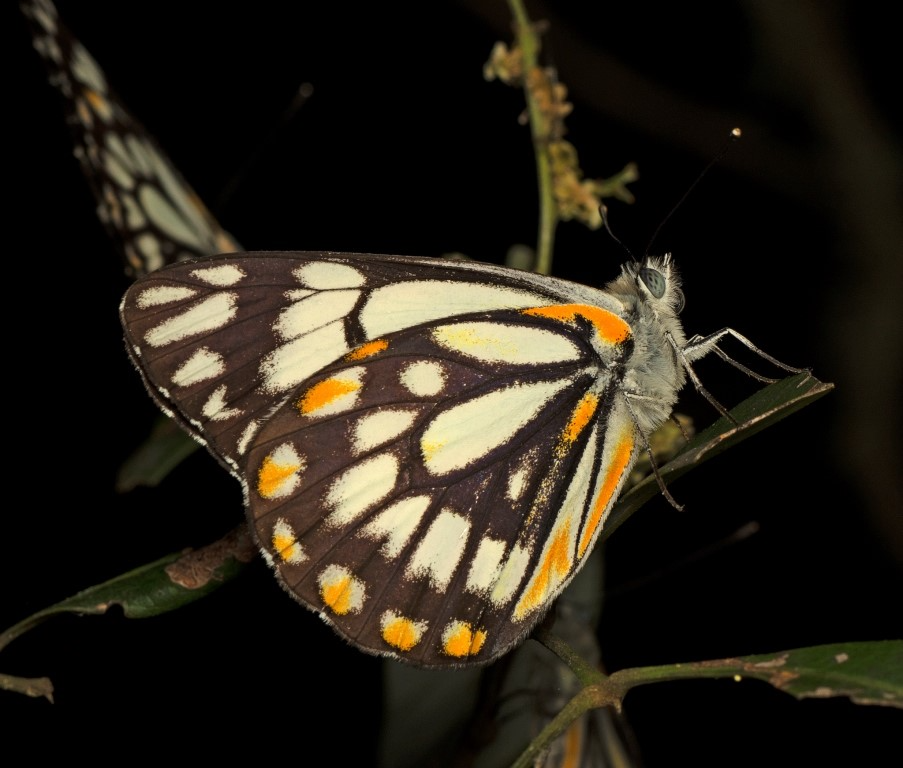 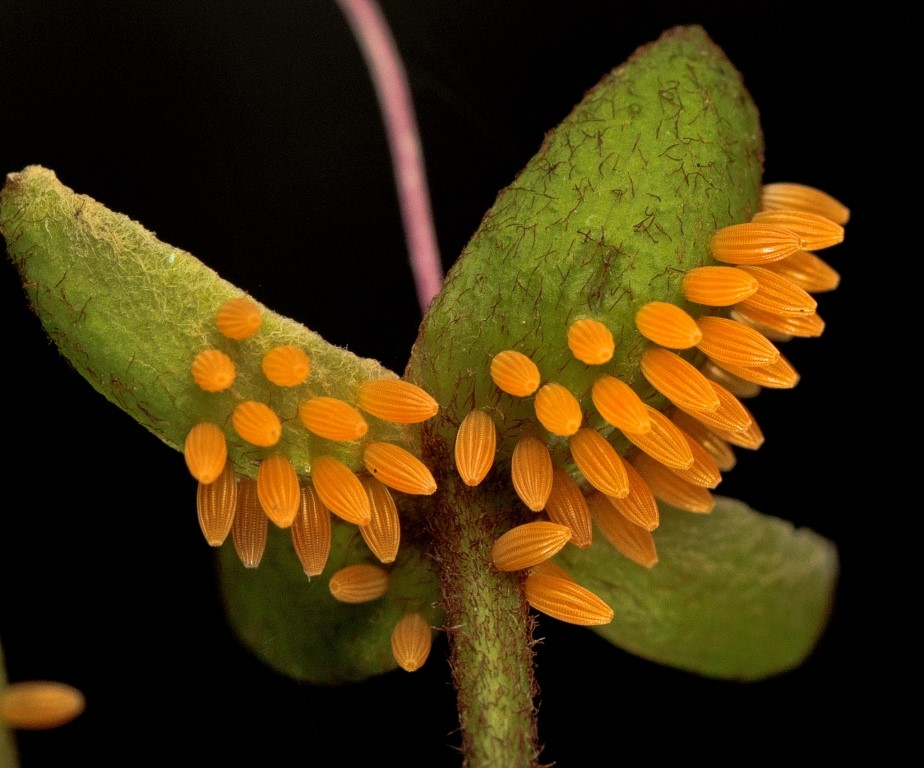 I also photographed my first native passion flower (Passiflora aurantia ssp. aurantia). I find many introduced species so this one was pleasing to see. Its leaves also held the eggs of the Glasswing butterfly Acraea andromacha. 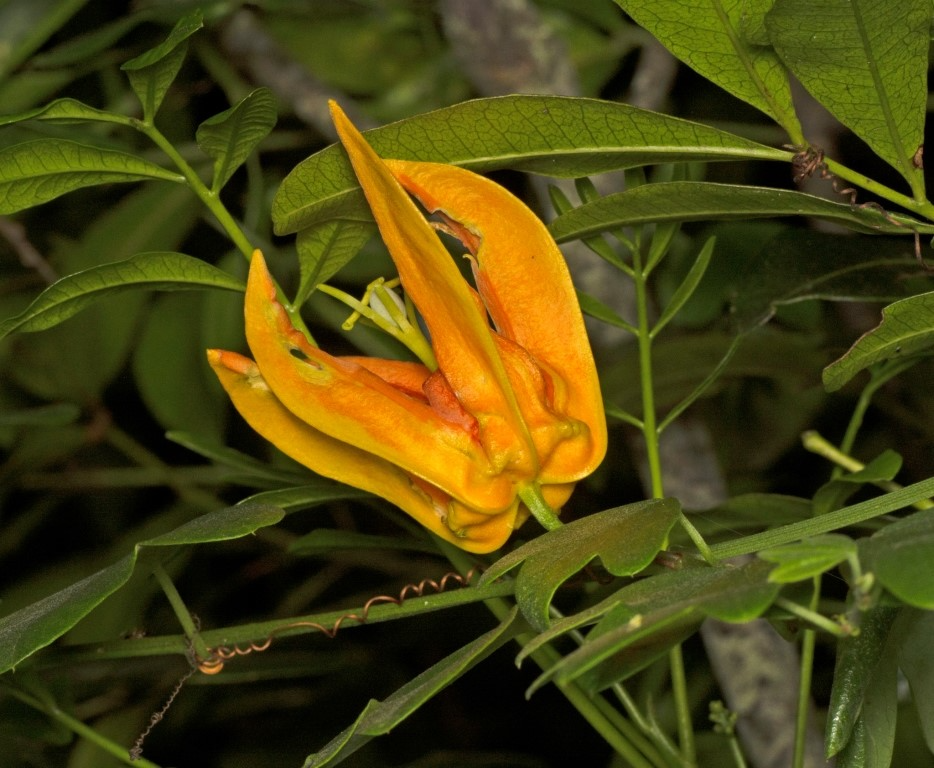 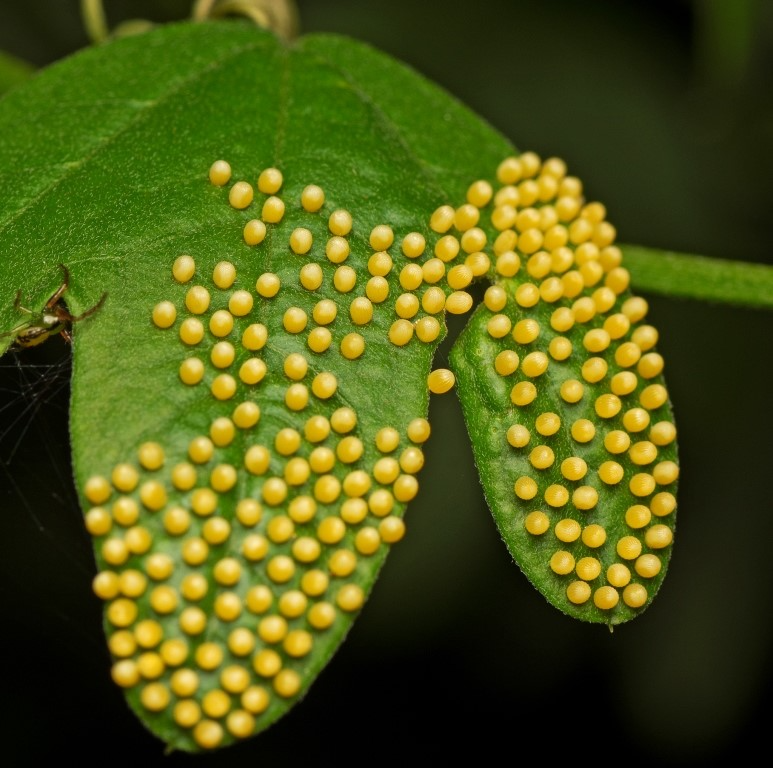 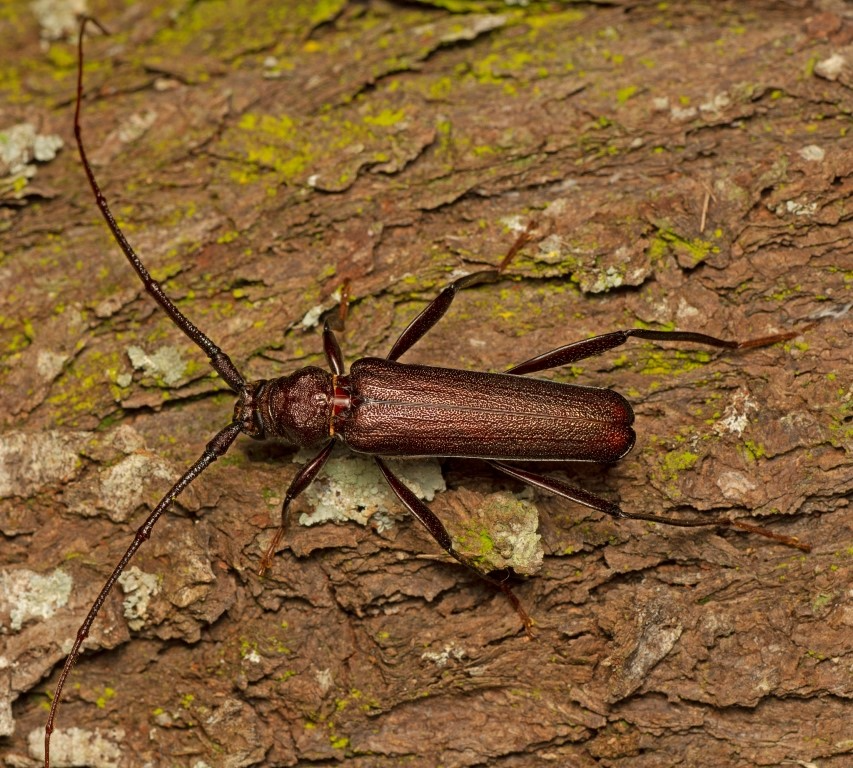 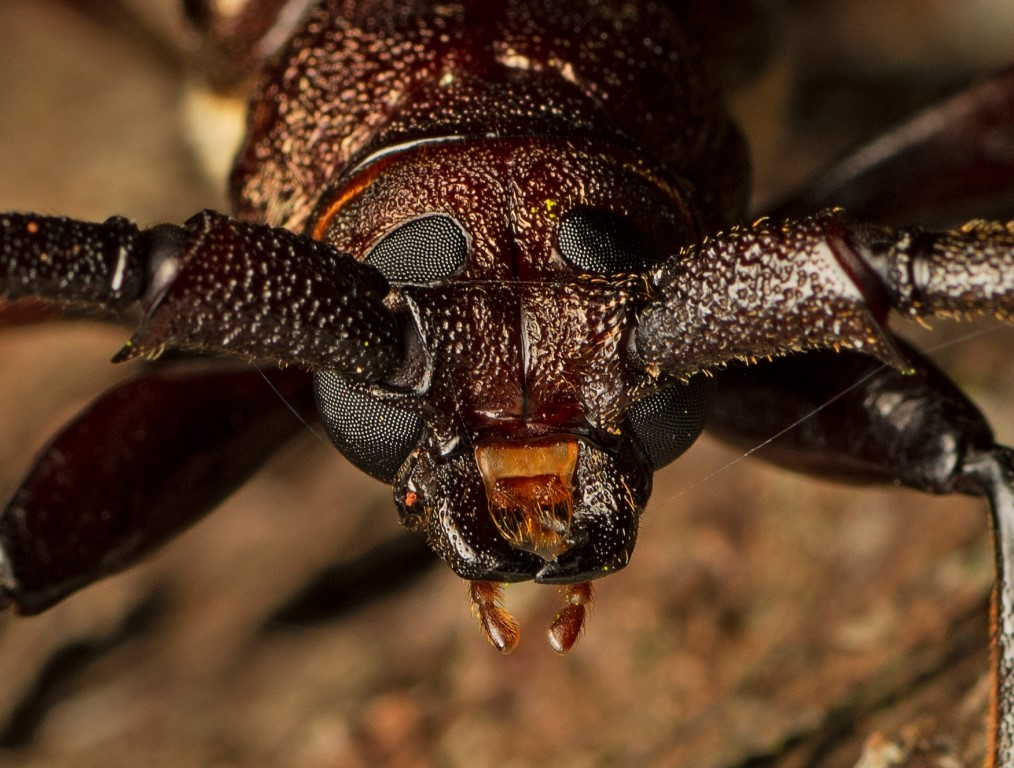 And I found a species I’d been wanting to photograph for a long time: the green-bellied huntsman, Typostola barbata. 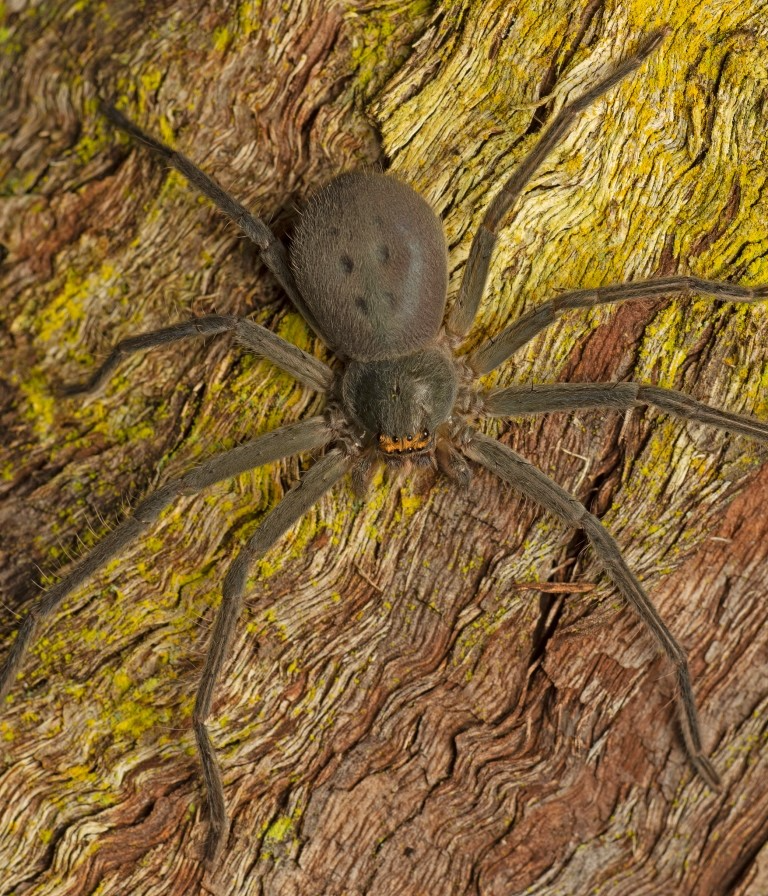