Several years ago I wrote a children’s book, “Mr. Das and his 50 cats,” a fictional work that is actually based heavily on a real person: Birendra Das, one of India’s most famous sweetmakers (his business, K. C. Das and company, is famous in Kolkata).  I stayed with Mr. Das in Bangalore (now called “Bengaluru”) to do “field work” observing his life and his cats, and found that he indeed had around fifty cats, whose names I learned. Around these facts—and the knowlege that Mr. Das took all of those cats in as strays—I wove a fictional tale about the cats invading the factory in times of famine and eating all the milk, cream, and yogurt. (Indian sweets are heavily laden with sugar and dairy products.) The story of how that led to the closure of Mr. Das’s sweet business, and then how the cats fixed the situation in the end, is the subject of my book.

I quite liked the story, as did others, including parents of small children and school teachers to whom I vetted the book (the story is meant for kids from about first to four grades).  I got a lot of good suggestions before it arrived at its final incarnation.

Over the next several years, nothing happened and, despite repeated inquiries, I never got a satisfactory answer: the only replies that things were shut down by the pandemic, including children’s book publishing. The latest response from the prospective artist, received after a long delay, is that the agent “feels there’s very little hope in selling the book, and I think [she/he’s] unsure how to deal with it. Personally, I think if we had an editor/publisher interested in developing it, it would be worth putting in the time, but it’s a bit of a chicken/egg situation.”

This was of course very disheartening, especially in view of the initial enthusiasm the agent and illustrator had shown for the book and the labor I put into it.

The upshot is that I now need to try other avenues—and that means securing an agent or publisher for children’s books.  (My own agent does only non-fiction—most scientific—books.)  I’m putting up this post in the hopes that some reader will know an agent—or someone in children’s book publishing—who is willing to look at the manuscript.  It’s a picture book of 24 short pages, each to be accompanied by an illustration. There’s also back matter, including photos of Mr. Das and his cats and a small glossary of Indian words.  Mr. Das has also given permission for me to use his story in the book.  He’s now in his mid-eighties, and my hope was to have the book out while he was still alive.

As I said, this book is not a dog (it’s about CATS): I think it’s pretty good and many others seem to as well. If you can offer any help in getting the manuscript before an agent or publisher, I’d be most grateful. Simply email me. I’m willing to send the ms. to those who have serious connections.

Some pictures of the real Mr. Das and his cats (not illustrations for the book): 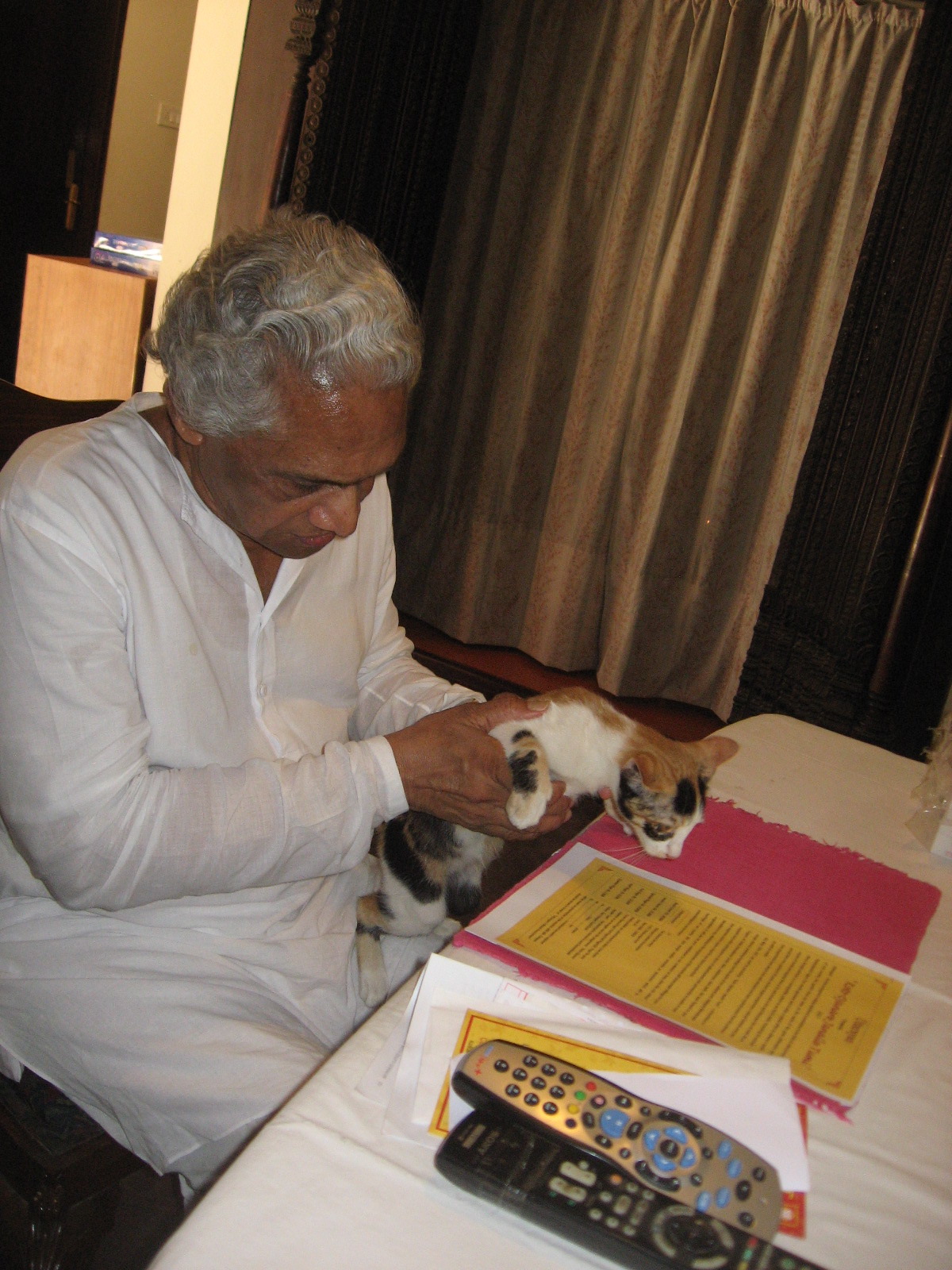 Every morning Mr. Das boils up a big fish and his assistant divide it into bowls, one for each cat. This is only one of several floors on which cats are fed. 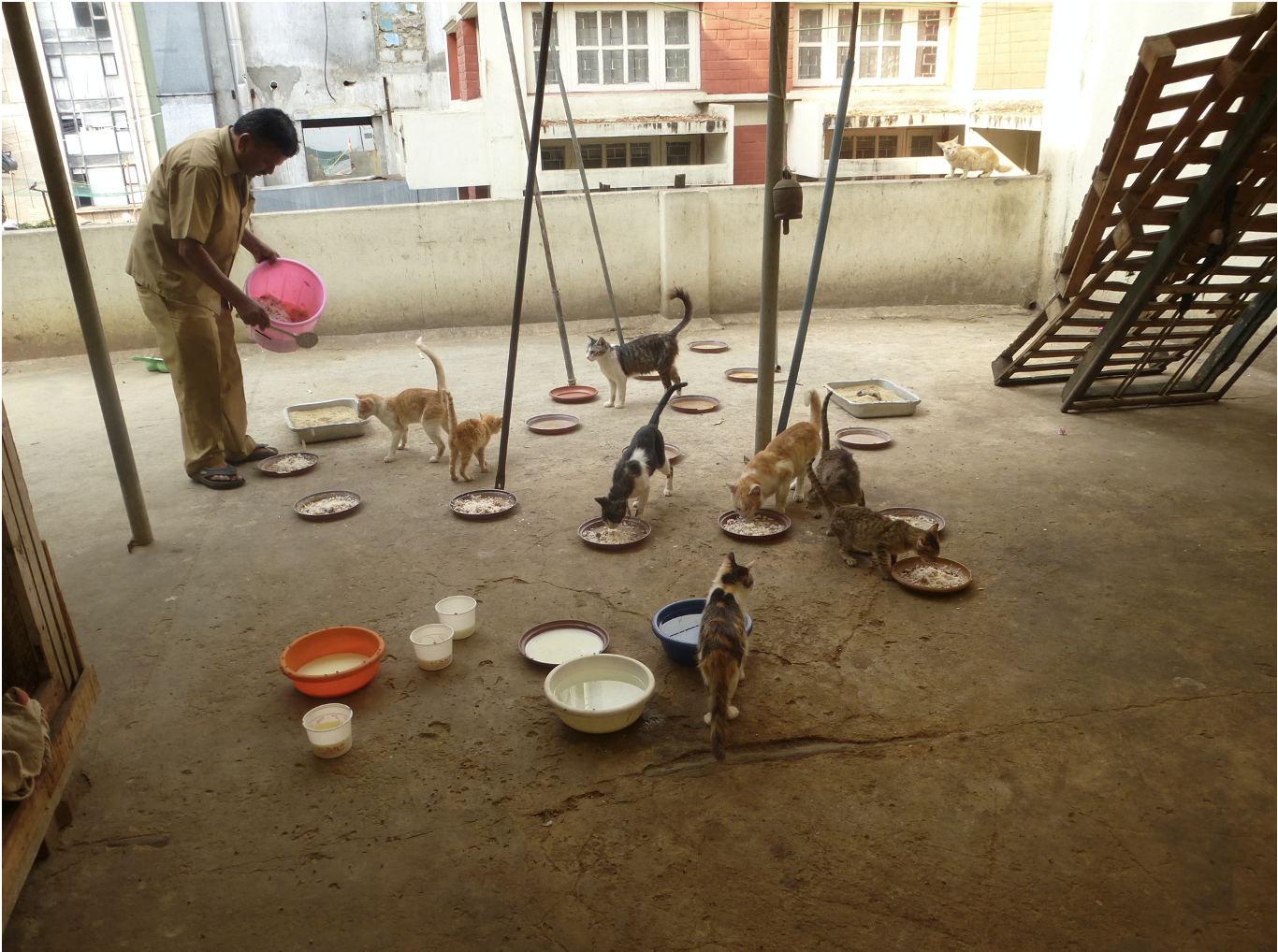 Mr. Das has affixed netting around his peppermint striped house to catch any cats who fall. The cats use the nets as hammocks to lounge in: 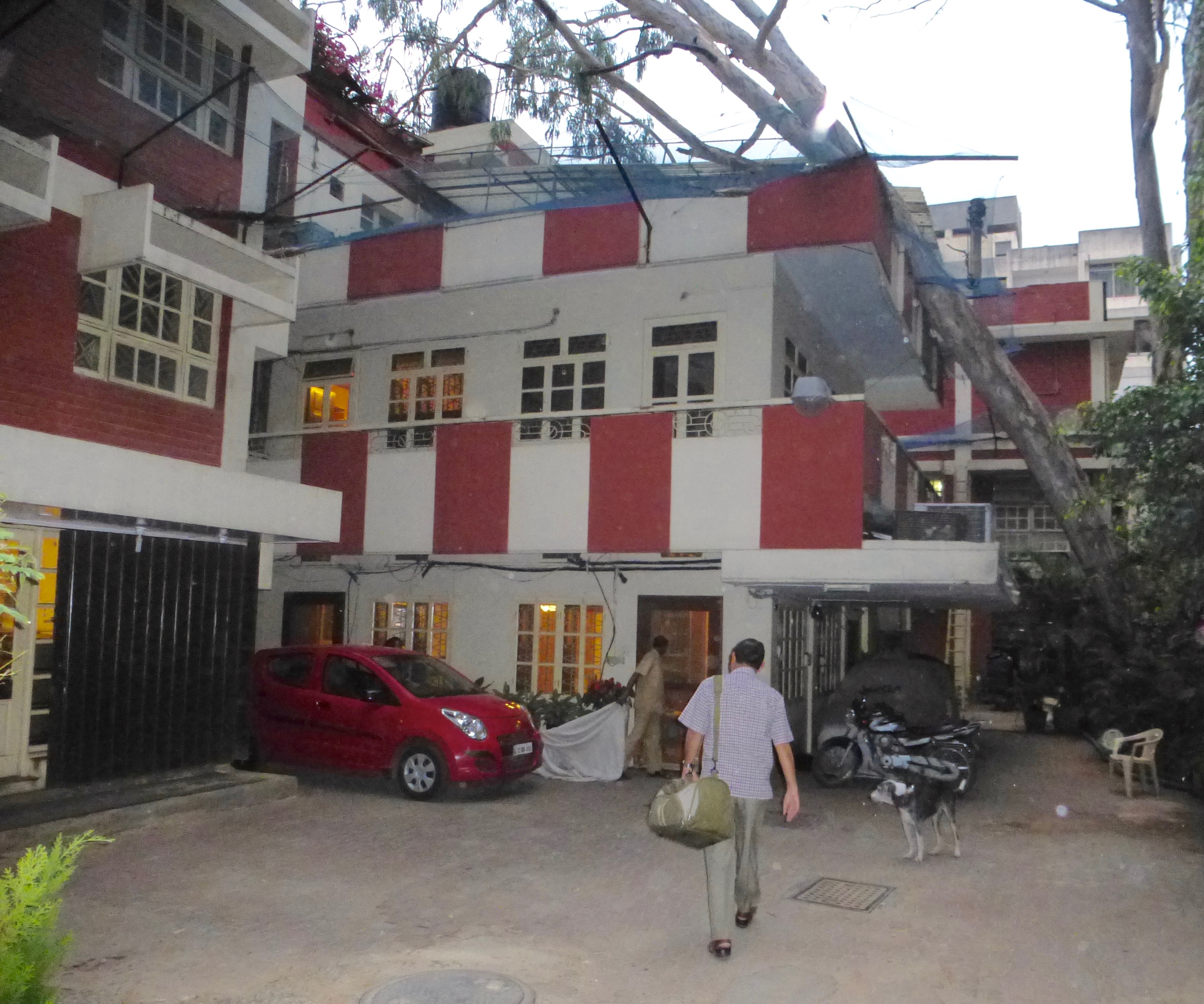 Mr. Das also feeds the nighborhood’s stray dogs and, on his roof, he’s walled off a section with a bird feeder, allowing birds access to noms but keepind out the cats. (None of this is in the story.)

28 thoughts on “Children’s book looking for a home”