I found this article fascinating, and the explanations intriguing.  Two YouGov polls surveyed 1,000 Americans (2,000 total) in January of each year, asking people to estimate the proportions of Americans in 43 different groups.  A large number of these estimates were wildly inaccurate, particularly when minority groups were surveyed (estimates were way too high) as well as “majority” groups (e.g., “Christians”), where estimates were too low. Read on; there’s a sociological explanation for such mis-estimation, though I don’t know how well supported it is. 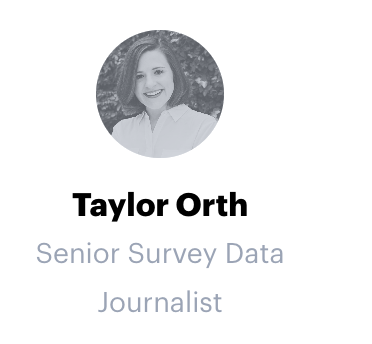 First the data, with calculations explained in the figure: 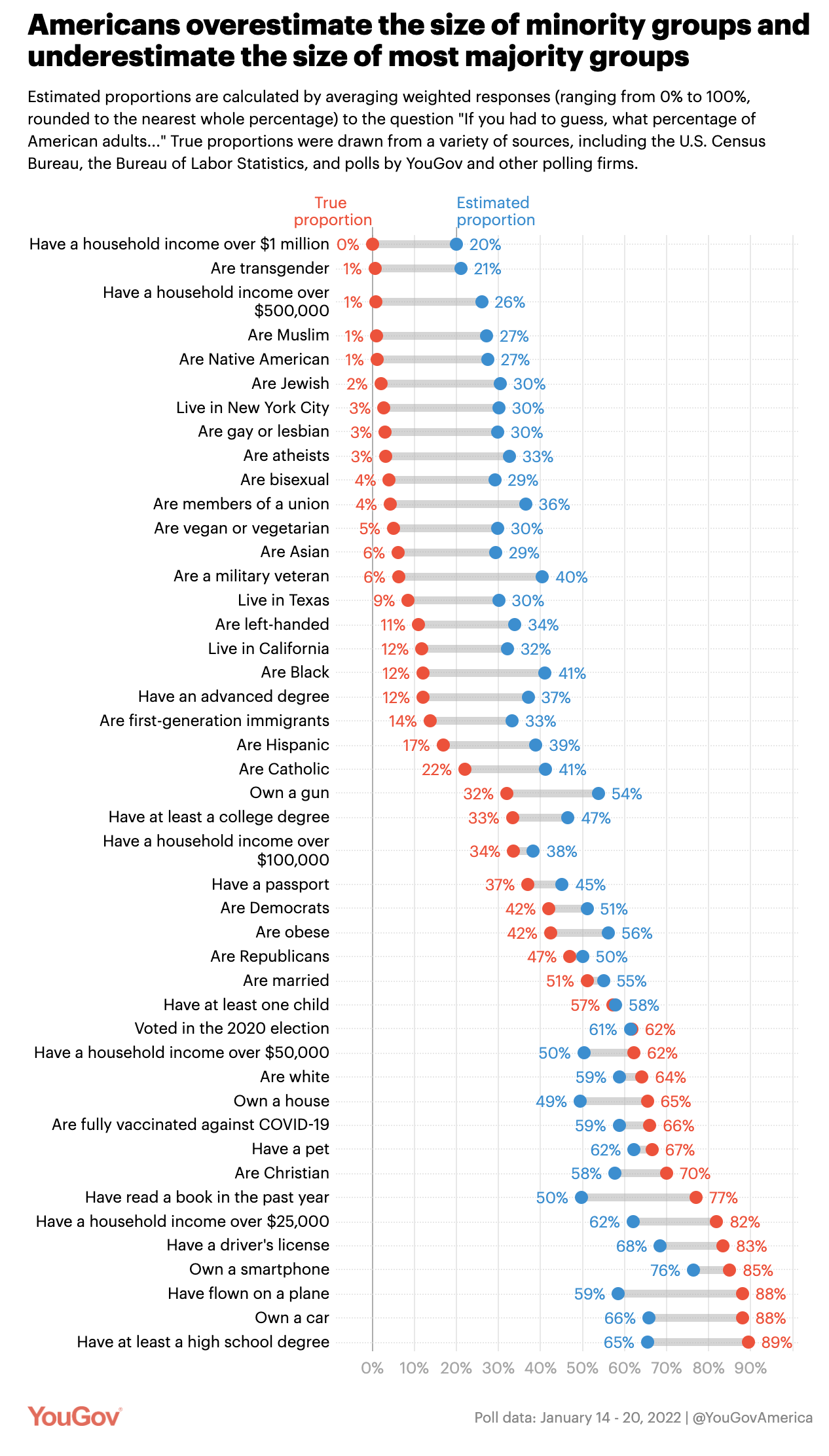 When people’s average perceptions of group sizes are compared to actual population estimates, an intriguing pattern emerges: Americans tend to vastly overestimate the size of minority groups. This holds for sexual minorities, including the proportion of gays and lesbians (estimate: 30%, true: 3%), bisexuals (estimate: 29%, true: 4%), and people who are transgender (estimate: 21%, true: 0.6%).

The most accurate estimates involved groups whose real proportion fell right around 50%, including the percentage of American adults who are married (estimate: 55%, true: 51%) and have at least one child (estimate: 58%, true: 57%).

This tendency to overestimate small groups and underestimate large ones has been seen in other studies.  The data that fascinate me are of course the wild overestimate of the population of Jews and Muslims (often cited as trying to “take over the country”, as well as of atheists and gays.  I thought everybody had a rough idea of the proportion of blacks in the U.S., but this, too is grossly overestimated. And how people can think that 30% of Americans can live in New York City eludes me (30%, like all the figures, are medians among guesses). If that were true, the city would have a population of 100 million!

On the underestimage size, disparities are smaller, but one of them surprises me: the median estimate of proportion of people who have read a book in the last year is just 50%, while the actual figure is 77%. I’m not sure abut the reason for this disparity, but I’m still horrified that only about 3/4 of Americans have read a book in a whole year (frankly, I would have guessed that it would be less).

The authors note that the overestimates of minority groups aren’t likely to be due to fear of such groups, since actual members of those groups tend to show the same degree of overestimation as do non-members. That, too, baffles me. How could a Jew think that 30% of Americans are Jewish? I always knew it was about 2%, and that’s the correct proportion.

Why is demographic math so difficult? One recent meta-study suggests that when people are asked to make an estimation they are uncertain about, such as the size of a population, they tend to rescale their perceptions in a rational manner. When a person’s lived experience suggests an extreme value — such as a small proportion of people who are Jewish or a large proportion of people who are Christian — they often assume, reasonably, that their experiences are biased. In response, they adjust their prior estimate of a group’s size accordingly by shifting it closer to what they perceive to be the mean group size (that is, 50%). This can facilitate misestimation in surveys, such as ours, which don’t require people to make tradeoffs by constraining the sum of group proportions within a certain category to 100%.

This reasoning process — referred to as uncertainty-based rescaling — leads people to systematically overestimate the size of small values and underestimate the size of large values. It also explains why estimates of populations closer to 0% (e.g., LGBT people, Muslims, and Native Americans) and populations closer to 100% (e.g., adults with a high school degree or who own a car) are less accurate than estimates of populations that are closer to 50%, such as the percentage of American adults who are married or have a child.

I suppose this could be called “psychological regression to the mean.” It doesn’t fully convince me, though, because I’d think people would go on their “lived experience” rather than assume their experience has given them a biased sample of the size of a group. But I haven’t read the meta-study in the link.