I have landed, arriving at Midway Airport yesterday afternoon. And Botany pond is nearly empty of water, but not of ducks, who arrive in small numbers to grub around for food in the mud. Anyway, greetings at the week’s beginning, Monday, November 7, 2022: National Chocolate Almonds Day. It’s also Hug a Bear Day (Toasty will get a squeeze) and International Inuit Day.

And REMEMBER TO VOTE TODAY. (I voted by mail over a week ago, and will do so permanently.)

I invite readers to consult the November 7 Wikipedia page to call out attention to notable events, births, and deaths on this day. 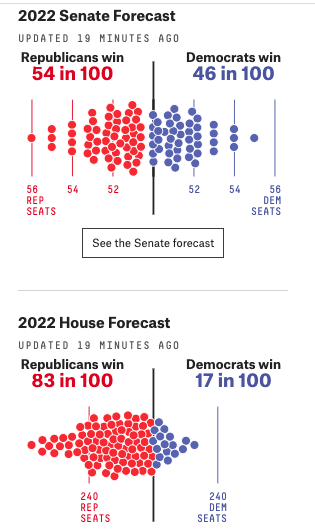 Dr. Oz, a quack, could become a senator!

Nate Silver has a talking-to-himself essay called “The Case for a Democratic Surprise on Election Night“, but it’s not much of a case. Here’s Nate talking to himself; “Bleu” is the Democratic angel on his shoulder:

Bleu: Have you agreed with a single thing I’ve had to say, Nate? I could once count on you to defy conventional wisdom. Now you sound just like everybody else. What do you really think?

Silver: My least favorite question! I don’t have some private set of beliefs that I keep to myself! I trust our forecast, which is based on a computer program I wrote four years ago and not my mood as I’m sitting here with a glass of pinot! Our forecast says that the Senate is a toss-up at best for Democrats, and the momentum has been with Republicans. But I’m not sure what we’re really arguing about. I agree that the special elections were good for Democrats. And I very much agree that Democrats could beat their polls. It’s an entirely realistic scenario. But it’s not the likeliest scenario. Besides, the president’s party doing poorly in the midterms would be about the most normal thing imaginable, especially with inflation at 8 percent.

Meanwhile, over at the NYT, Mo Dowd asks plaintively if we’re in for the “Marjorie Taylor Greene-ing of America“, with Republican loons being in charge. The collection of quote is priceless. A snippet:

Are we ready for a pumped-up, pistol-packing Lauren Boebert?

“How many AR-15s do you think Jesus would have had?” Boebert asked a crowd at a Christian campaign event in June. I’m going with none, honestly, but her answer was, “Well, he didn’t have enough to keep his government from killing him.”

The Denver Post pleaded: “We beg voters in western and southern Colorado not to give Rep. Lauren Boebert their vote.”

The freshman representative has recently been predicting happily that we’re in the end times, “the last of the last days.” If Lauren Boebert is in charge, we may want to be in the end times. I’m feeling not so Rapturous about the prospect.

And at the Washington Post, you can guess the results of 15 gubernatorial, Congressional, and overall elections (“which party will take the House?”) and match them with the other readers’ predictions. You can even get yourself emailed how well you matched the final outcomes. It’s just for fun, but I have a feeling we better get some fun out of the elections because we’ll be feeling low when they’re over.

Remember that there will be a total lunar eclipse on Tuesday night, something that won’t happen again for five years. And it will be visible throughout most of the U.S.:

The total lunar eclipse will be visible throughout North America in the predawn hours — the farther west, the better — and across Asia, Australia and the rest of the Pacific after sunset. As an extra treat, Uranus will be visible just a finger’s width above the moon, resembling a bright star.

Known as a blood moon, it will appear a reddish-orange from the light of Earth’s sunsets and sunrises. At the peak of the eclipse, the moon will be 242740 miles (390,653 kilometers) away, according to NASA scientists. Binoculars and telescopes will enhance viewing, provided the skies are clear.

Meanwhile in Dobrzyn, Hili and Andrzej are deep in philosophical discourse: 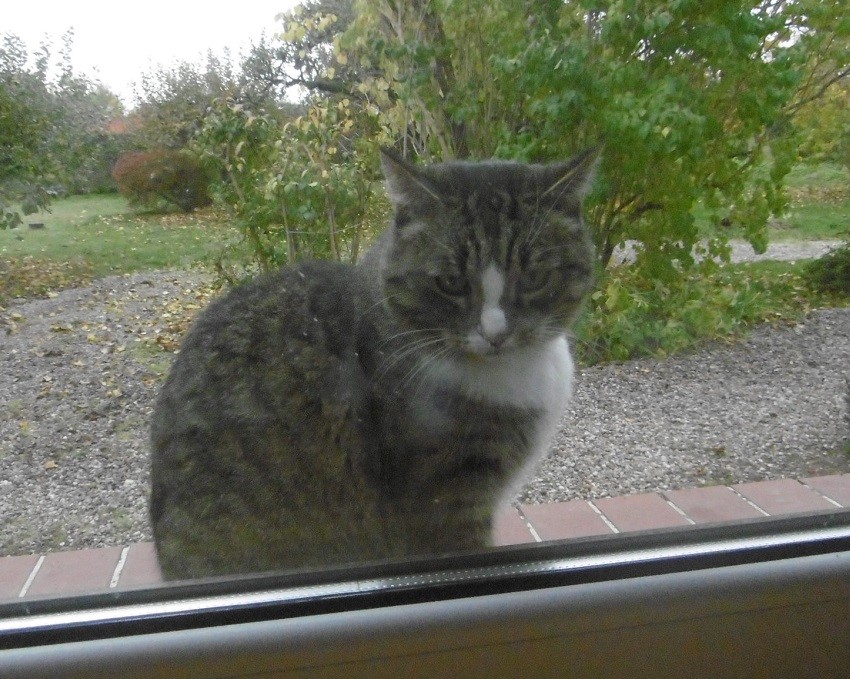 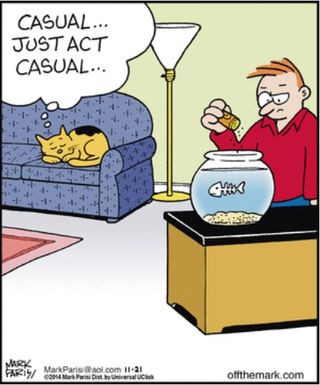 From Malcolm: A one-legged guy makes some great Halloween costumes:

A swell rescue video from Jesus of the Day:

Why do bad things happen to good people?

To balance out the good things that happen to bad people.

From Masih. I didn’t know that knocking off turbans had become an Iranian sport, and I can’t say I approve of it, but I can surely understand it.

If you really want to know why knocking off turbans of clerics has become a sport in Iran, just watch this video, then you will understand their anger the teenagers. For years clerics have been harassing women in the streets for hijab.#MahsaAmini
pic.twitter.com/vbbAjr0Avy

From Barry, who didn’t know that Jews were “vocal and demanding of assistance”.  This book, chock full of stereotypes, could never be published now.

A nursing book that was released in 2015.

They are training in racism pic.twitter.com/X0LBiECixF

From Simon. Get it?

From Luana, who thought this might be a joke. I don’t think it is:

From the Auschwitz Memorial: a girl who was gassed on arrival:

She was deported to #Auschwitz from #Theresienstadt ghetto on 28 October 1944. She was murdered in a gas chamber after the selection. pic.twitter.com/EcICo7ZJEL

Tweets from Matthew. What a sight! The pebbles are for their nests.

This was the moment. They just kept arriving, hundreds out of the water, they marched. They walked past me, stretching, talking, greeting each other. They carried pebbles and I stood there frozen with awe. This was the moment I stopped filming and was there with them. pic.twitter.com/A2t0OmZoXp

As Matthew notes, medieval artists couldn’t draw bees (or cats, as we know). The second one is better, but the bees are the size of a human head!

This t better, but the bees are the size of a human head:

It took me a second to get this one: