Well, it’s not wildlife, exactly, but it’s appropriate to the Halloween season. These photos come from reader Steve Pollard, whose narrative is indented. Click on the photos to enlarge them.

Not exactly wildlife, but anyway…
Motts Mill is a hamlet of about a dozen cottages situated down a quiet lane in East Sussex. Each September the village is filled with scarecrows, all made by a local genius. Here’s a selection (cameraphone only; sorry).

JAC: This one looks like Toasty—before he became depilated. 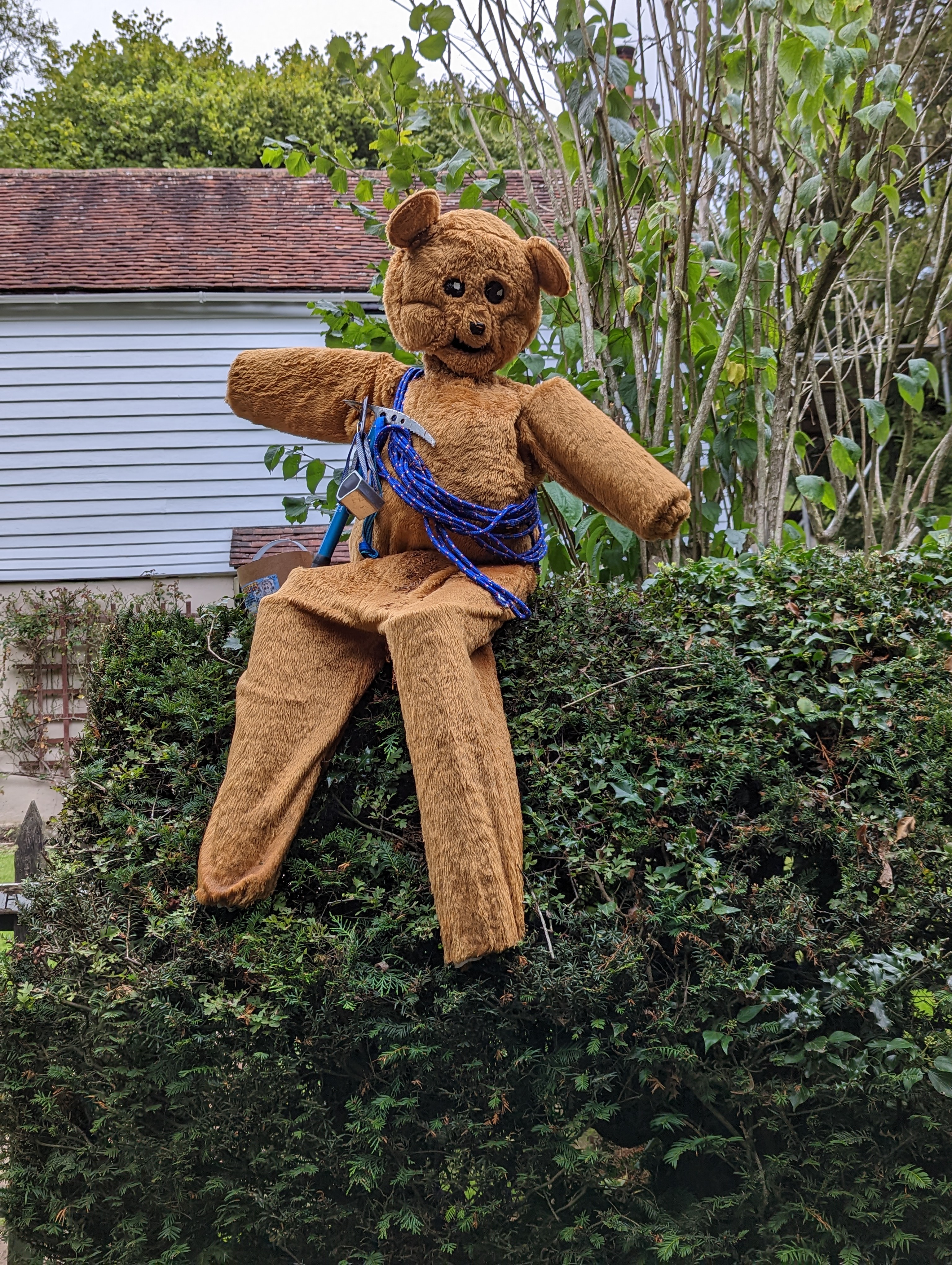 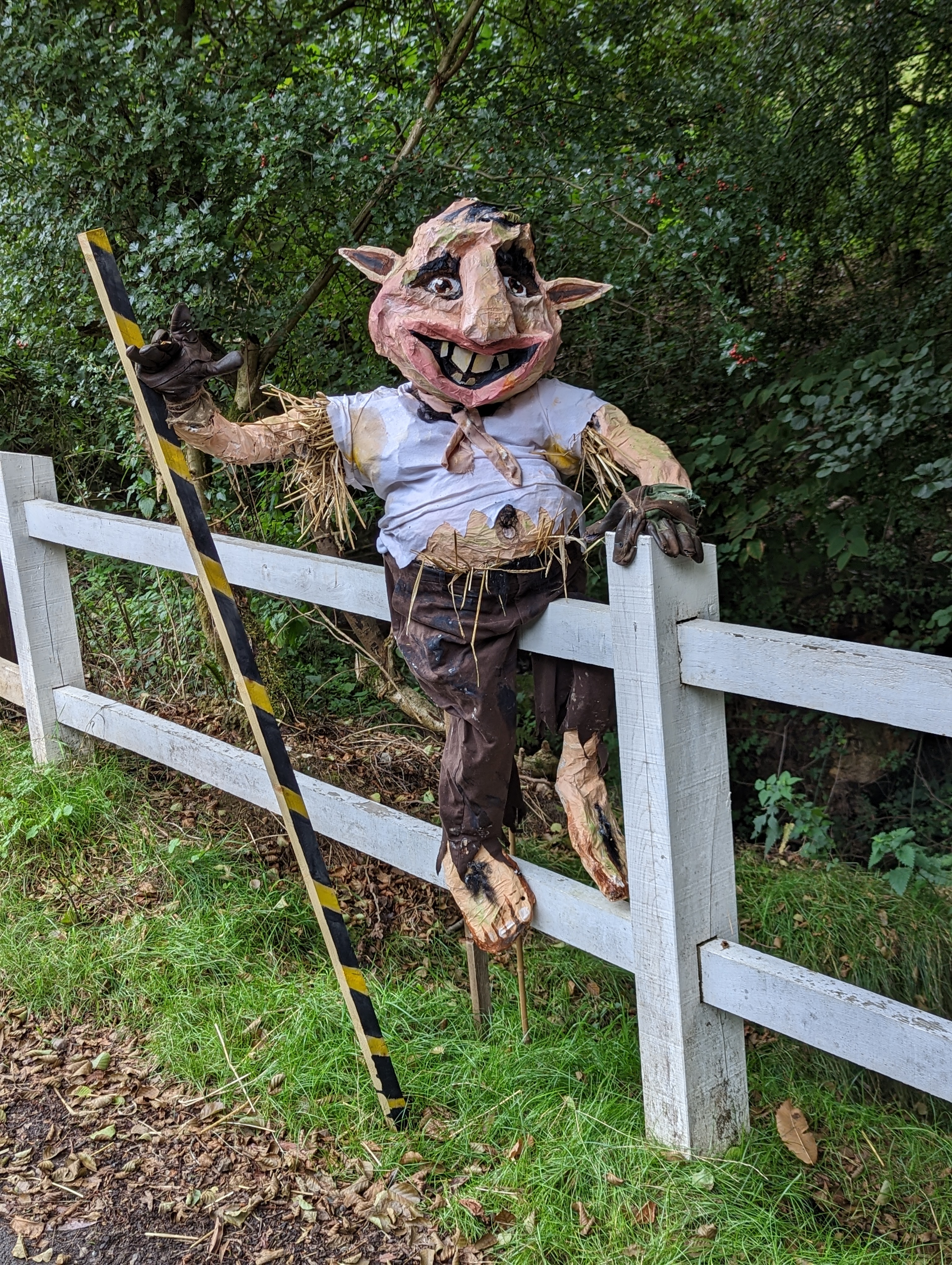 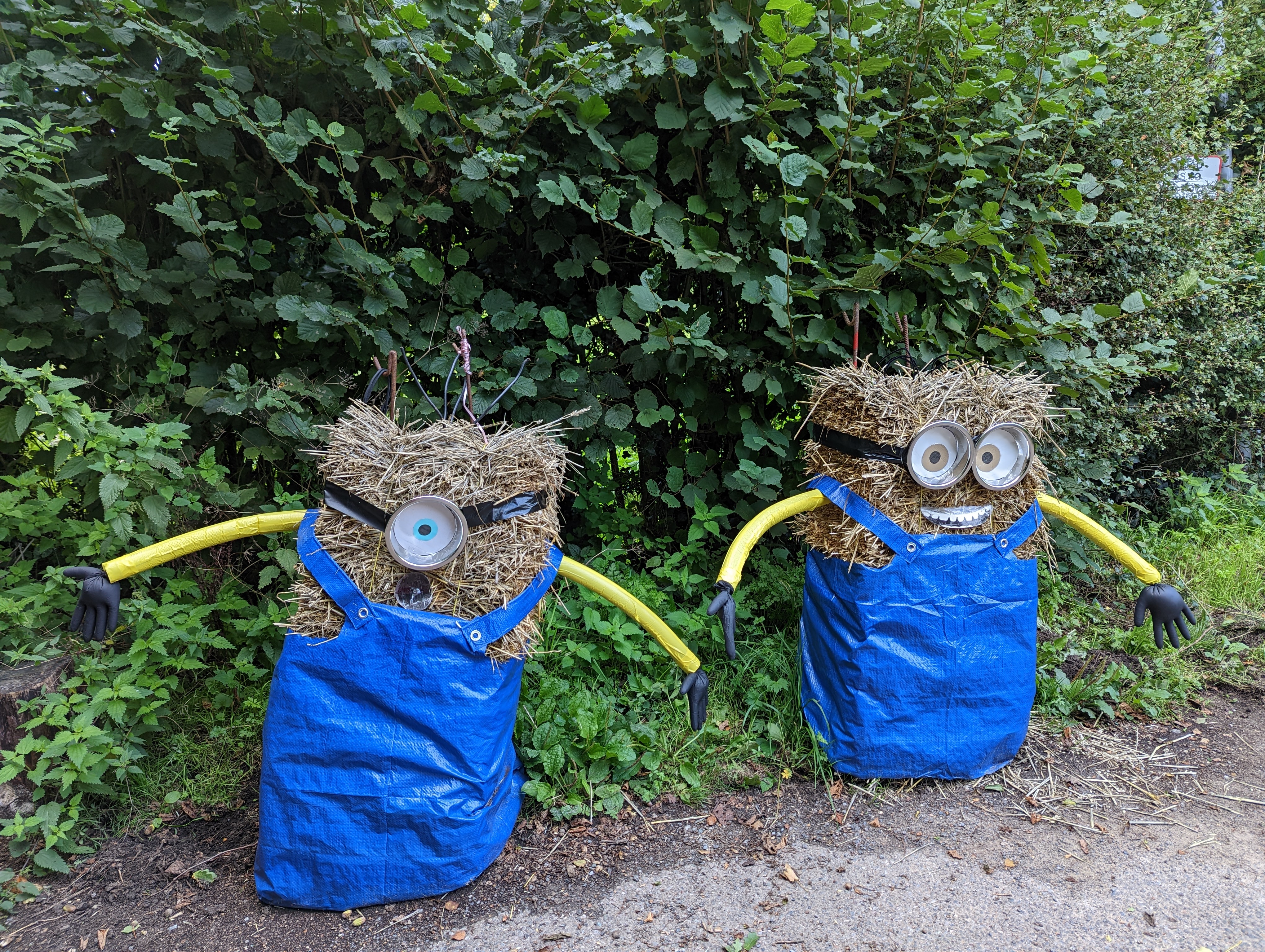 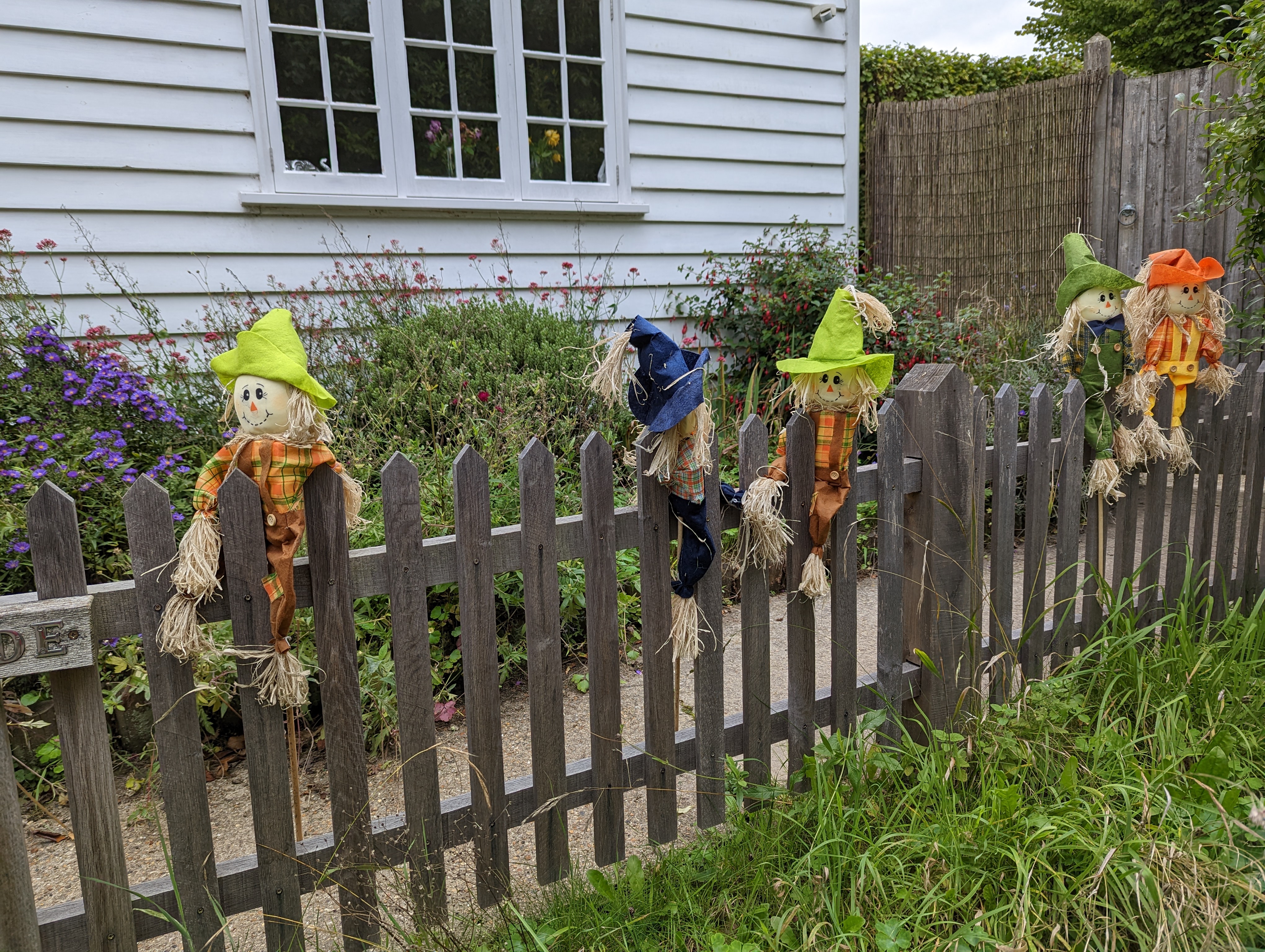 The last scarecrow is to celebrate the English footballer Chloe Kelly, who whipped off her shirt after scoring a goal in this year’s Euros. Original image below. 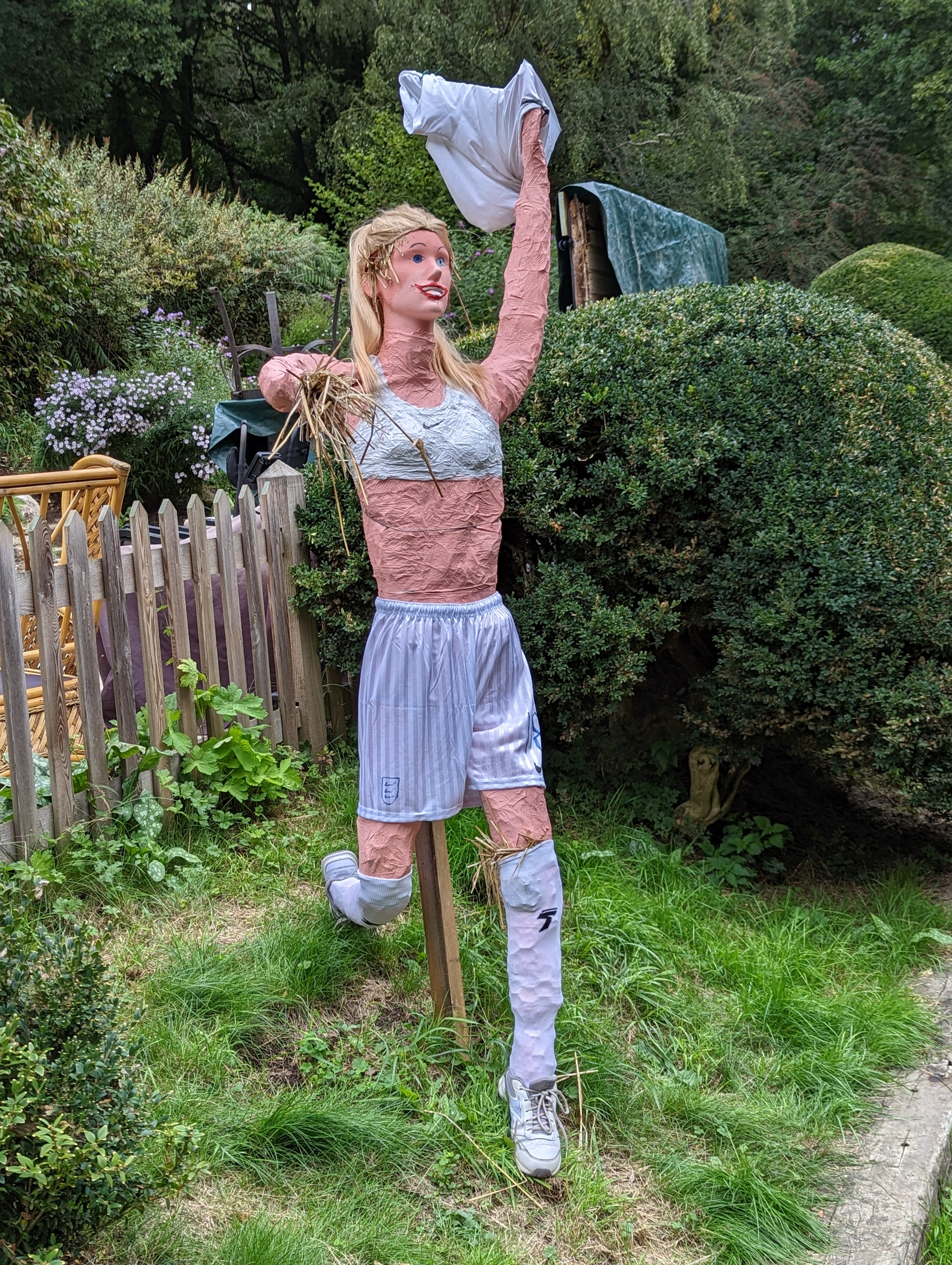 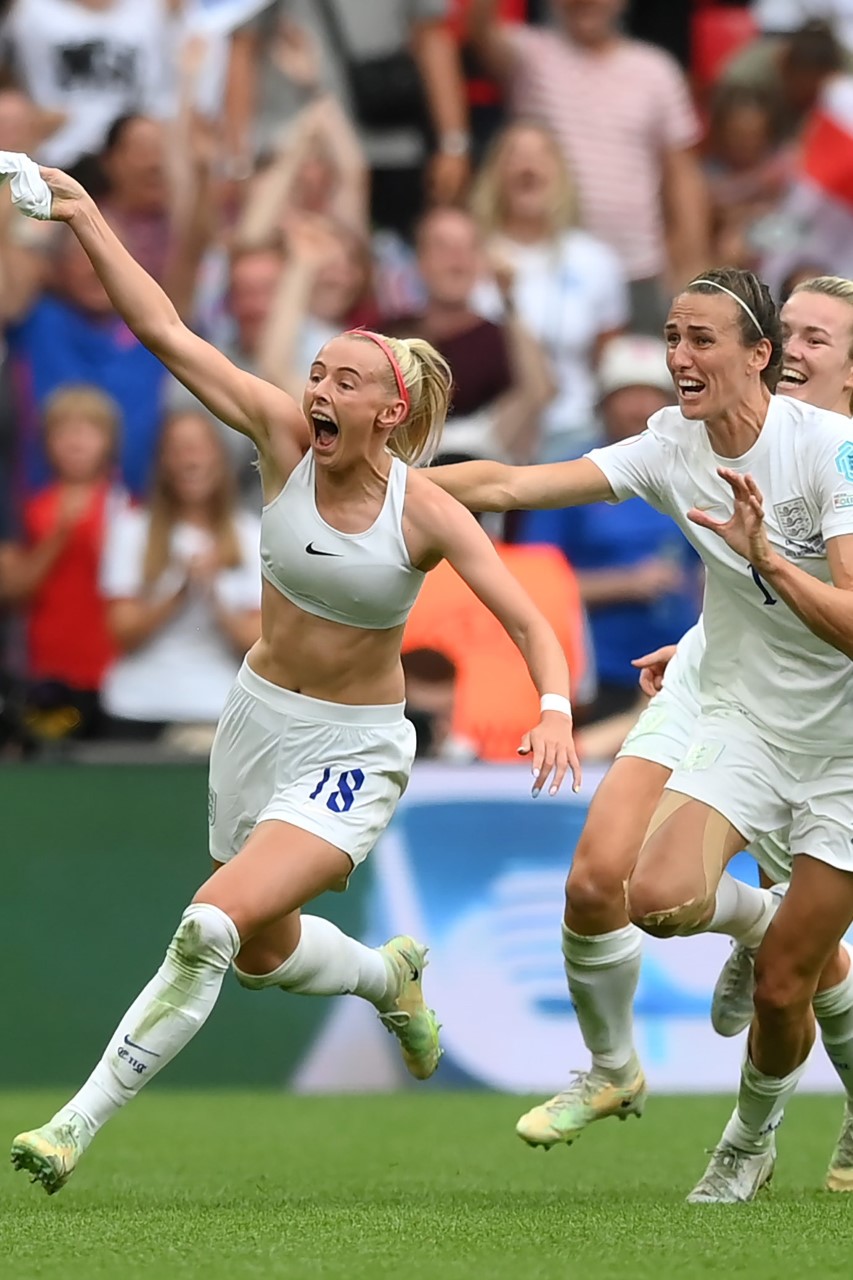 There were two brief videos of scarecrows that moved, which were great, but I can’t embed them. Here are the screenshots of those: 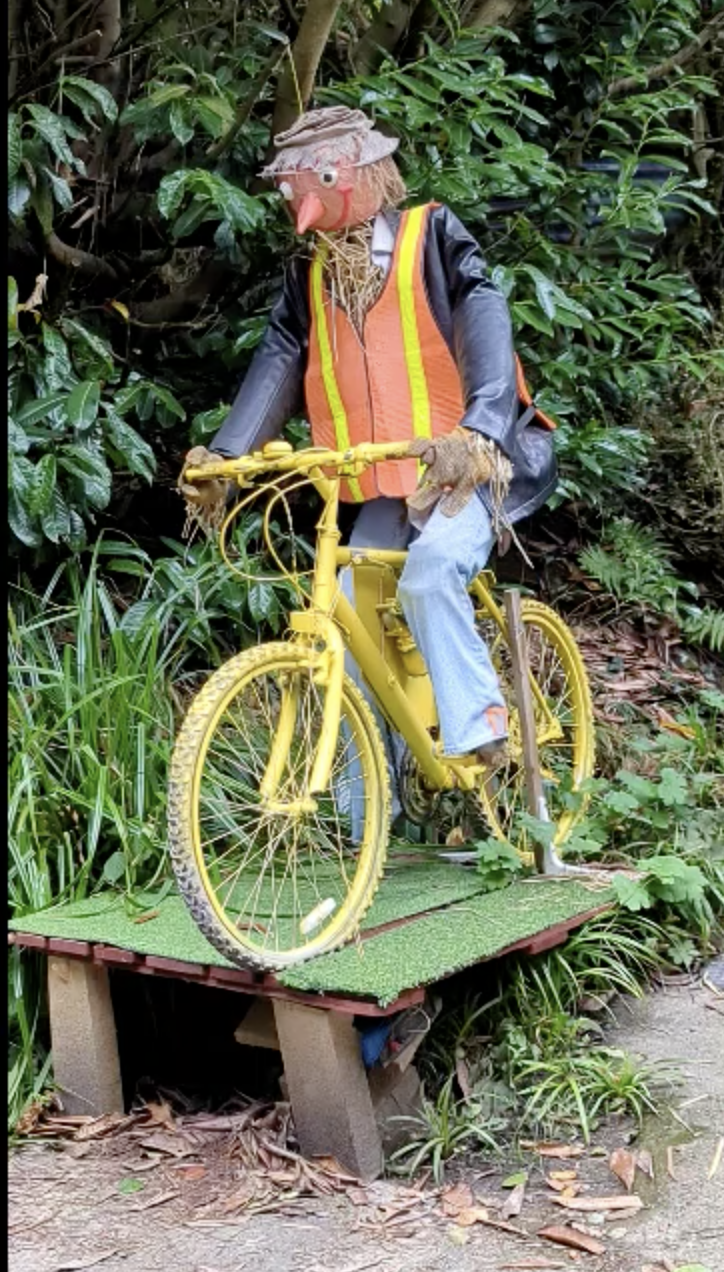 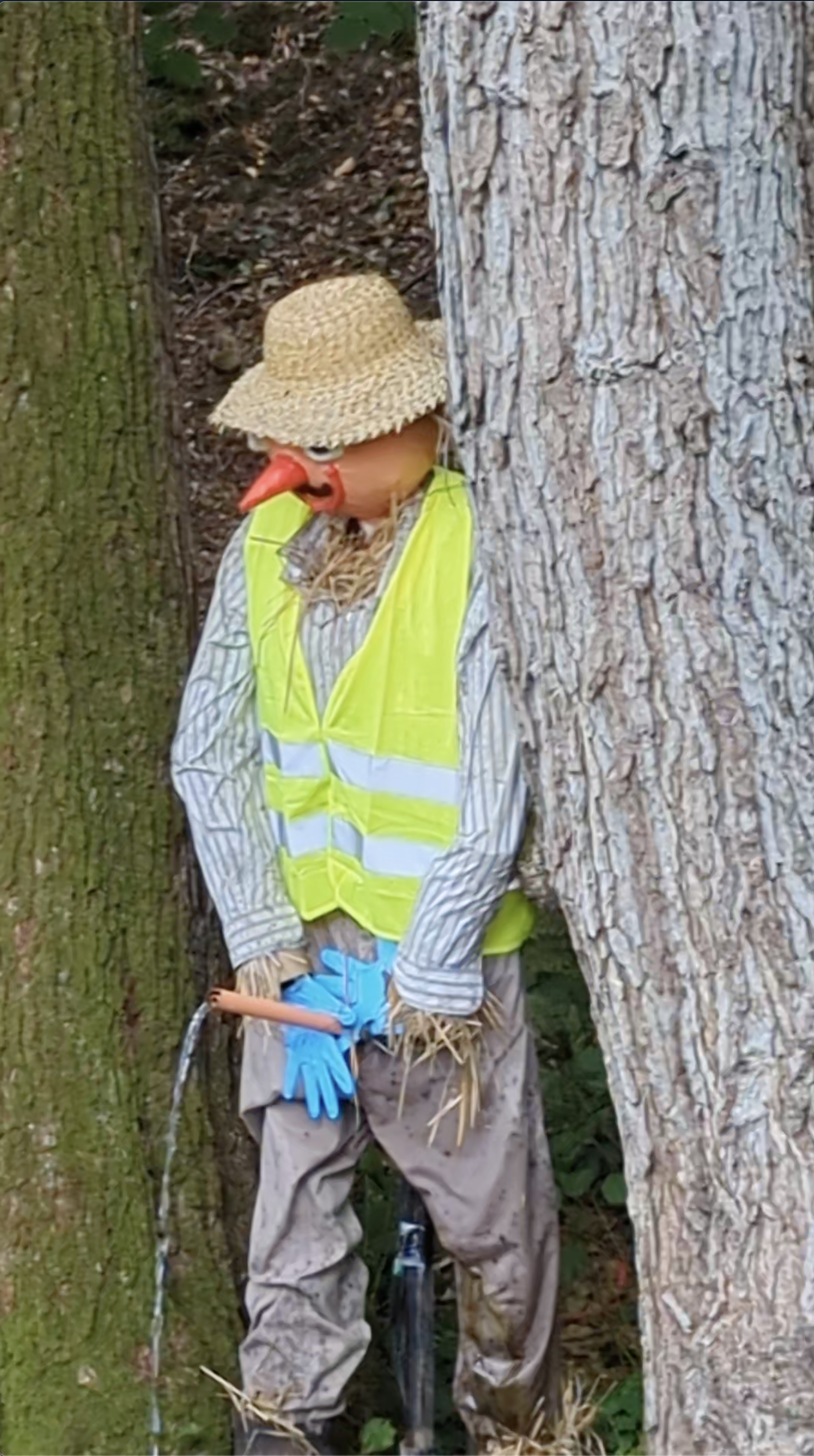 One of the interesting things about living next to a pond is that it not only provides the mosquitoes that to try to enter the house, but also spring peepers (H. crucifer – note the ‘X’ on his back.). These are the tiny frogs that start to sing in the first week of May here, making the night ring just like tropical tree frogs. This guy was on the inside of our bathroom flyscreen today. How that was accomplished, I’m not sure, unless he has octopus-like skills. We managed to remove the flyscreen and he jumped, but survived the landing OK. 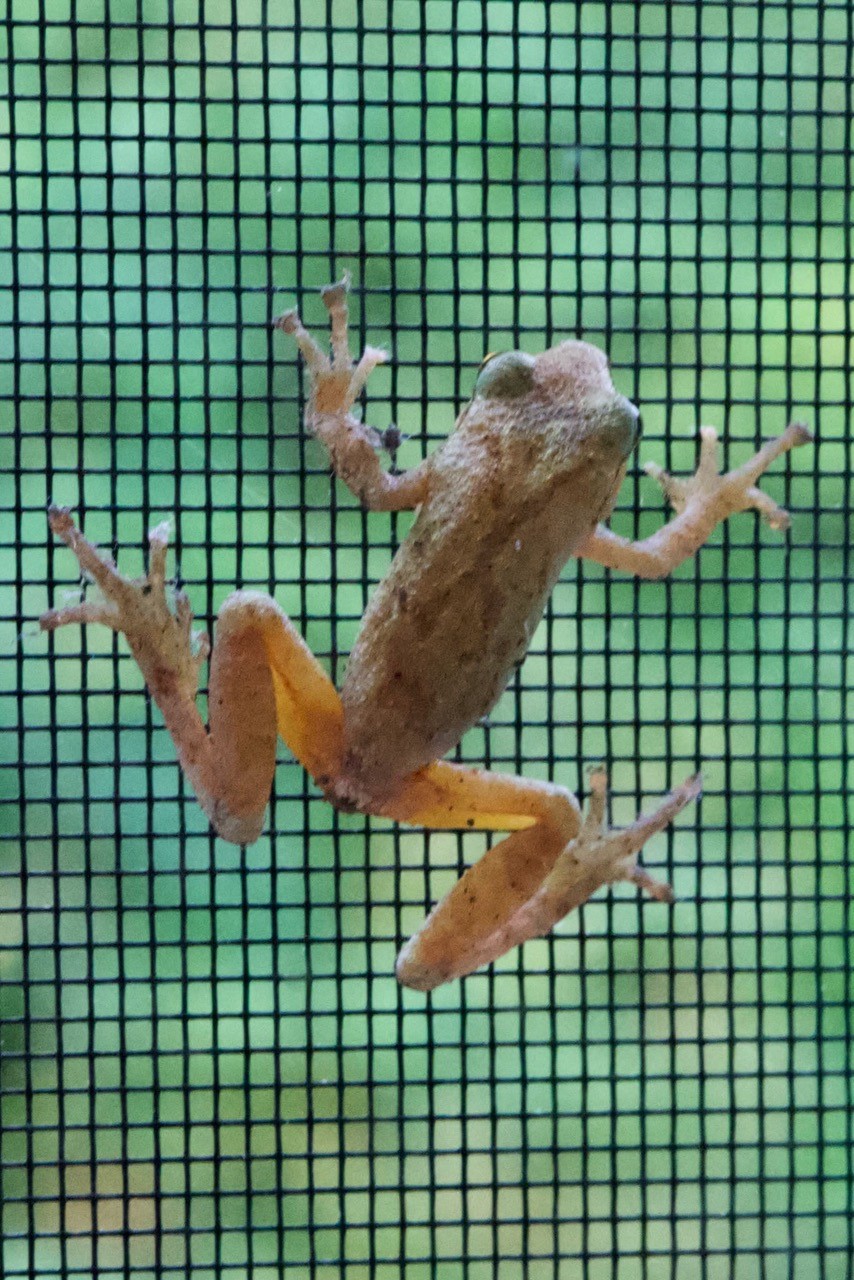