My flight to Boston boards at 5:15 and leaves at 5:45. That’s a.m., not p.m.! I figured, since I like to get to the airport early, I’d take a cab at 3:15, which would get here by 3:45, giving me an hour and a half to get coffee and write. (Why, you ask, am I flying so early? Because that’s when the only nonstop flight to Boston on Southwest Airlines leaves today.)

Well, my insomnia kicked in again, waking me up at midnight.  I lay abed until 2 a.m. Then a shower and a shave, and I relaxed on the couch. But the cab arrived early (3:00 a.m), drove through the south side like a bat out of hell, and I was at Midway Airport by 3:25.

At that time TSA Precheck wasn’t open, so I had to go through the proletarian line, and you know what that means. Yep, I was GROPED AGAIN–groped while many people walked right by me. Why does an innocuous 72-year old guy always get singled out for groping? And although they didn’t palpate my buttocks, the guy did run his hands up my inner thigh and into forbidden territory.

The tsouris continued. As I was desperate for coffee. I asked the TSA man where I could get some, and he replied that there wasn’t a drop available until 5 a.m., when Dunkin Donuts and a few other purveyors of java opened. As I write this, it’s 4:15 and I have a seat right by Dunkin Donuts so I can get coffee as soon as possible. Writing helps kill time until I can have that first blessed sip.

The mitzvah is that the plane is scheduled to leave on time and will arrive in Boston at 8:15 their time. The weather is good. After I arrive at Logan, I’ll make my way to South Station, where I get a noon bus to Cape Cod to meet my friend, with whom I’m staying in Eastham (arrow) for a couple of days. That gives me another few hours to kill. I have a book with me—Hamnet, recommended by a reader—but it’s hard to read with no sleep behind me.

After that it’s a 1.5-hour bus ride back to Boston from Barnstable. It’s been many years since I’ve been on Cape Cod, and I’m eager to see it again. (I went soon after college with a friend, wanting to find Kurt Vonnegut’s house (and  perhaps see the Great Man himself) in West Barnstable. We found the house, but were too timid to knock on the door.) 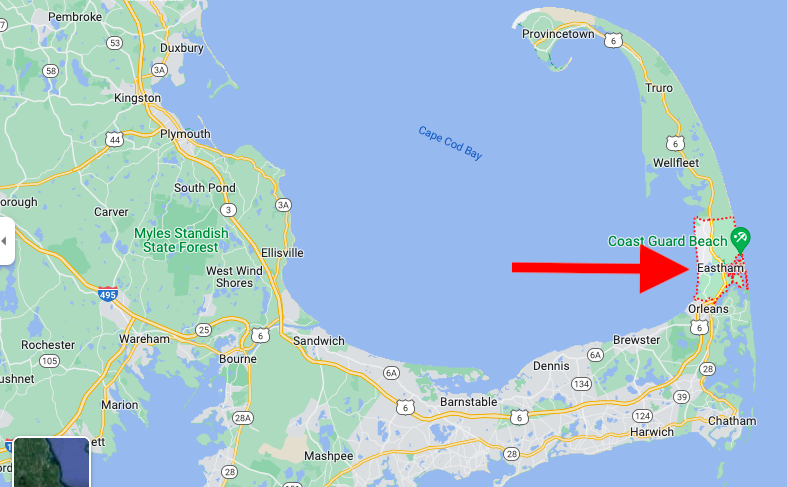 It’s now 4:30 and only half an hour until the vending of coffee begins. The man is already behind the counter of Dunkin Donuts, and I will be their first customer. (I may treat myself to a pair of sinkers for breakfast. When I went to graduate school, I lived on Beacon Street in Boston for a year before I moved to Cambridge. Every morning I took the subway from Copley Square to Harvard Square, stopping off before the train at the Copley Dunkin Donuts and buying two chocolate-glazed chocolate donuts, which at that time cost all of 25 cents.

And here’s what I look like now, severely sleep deprived, a general wreck, and without a drop of caffeine in me

Wish me luck! Mrkgnao! It’s 4:45 and in 15 minutes I will get the biggest coffee available. At least it’s not given a fancy Italian name at Dunkin Donuts. It’s just a “large coffee.” 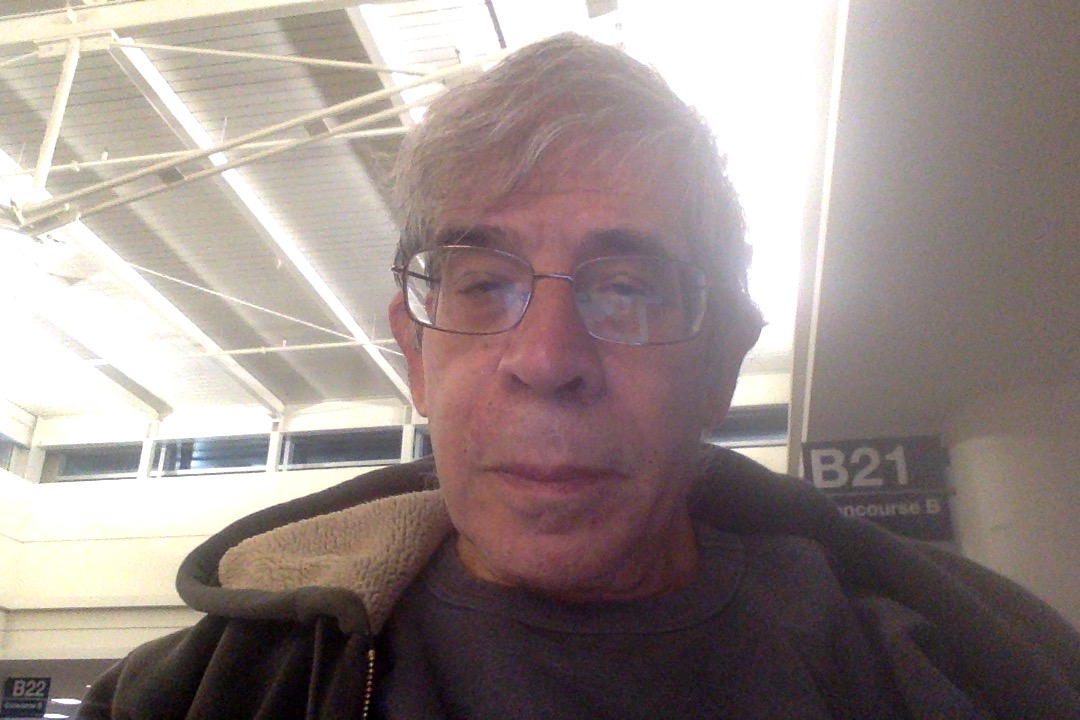 p.s. I took off my mask to take the photo above, but of the many people here now, I’m the only one who’s masked.

Lagniappe: A Northern flying squirrel (Glaucomys sabrinus) trapped by a friend who tried to livetrap what she thought was a regular squirrel. She caught this instead, built it a nest in her barn, where it has free access to the outside.  Every day she feeds it nuts, seeds, grains, and–its favorite–apple slices smeared with peanut butter. It has a great life. Readers; wildlife! 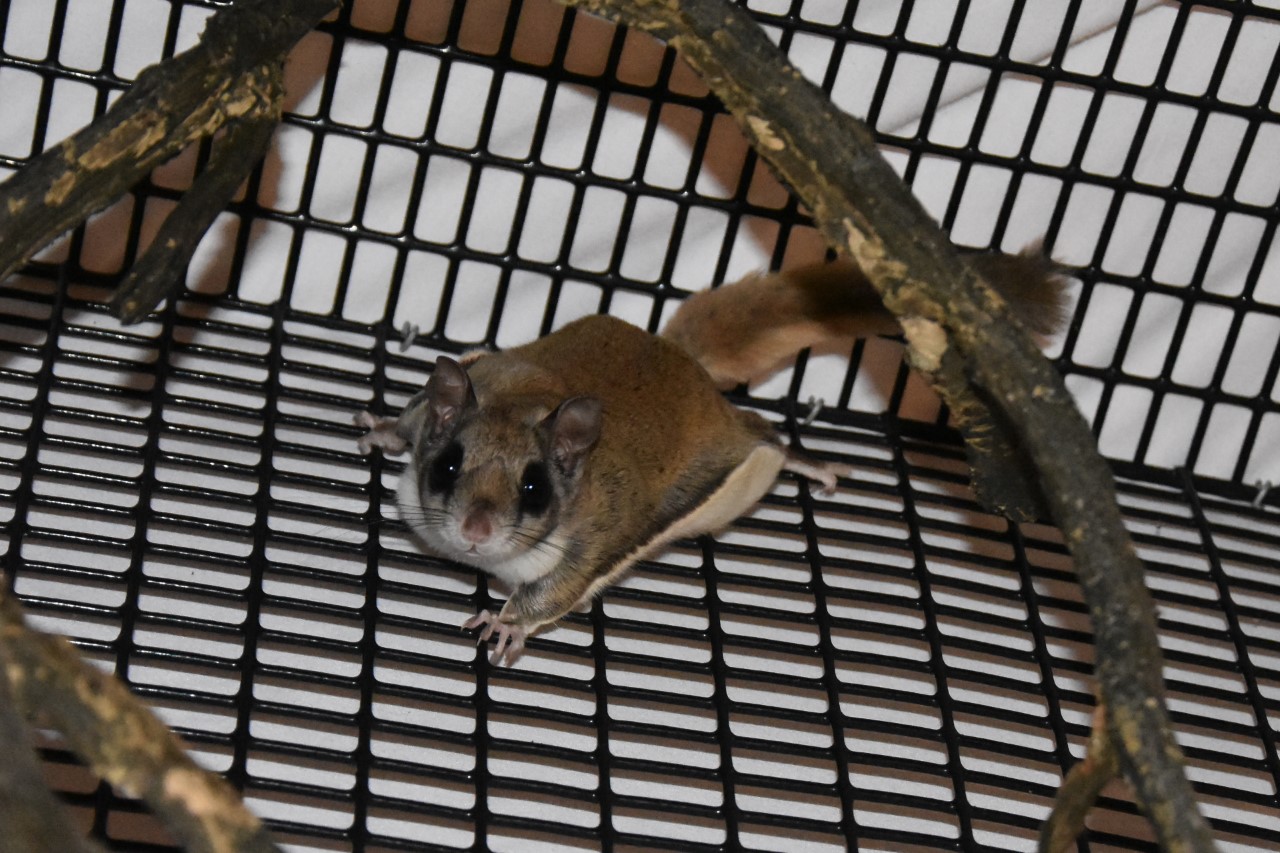 16 thoughts on “Tsouris at Midway”