Today we have another biology story from Athayde Tonhasca Júnior, this time about beetle pollination. His text is indented, and you can click on the photos to enlarge them.

If you were to go shopping for fruit in tropical countries and in Florida (USA), you would have the option to take home some sugar apples (Annona squamosa). This rich, tasty and aromatic fruit is a favourite in the West Indies, and its cultivation has been increasing vigorously in many countries. Perhaps too vigorously: sugar apples have become invasive in some places.

Other related species are also valued as desserts and as food for wildlife, such as the cherimoya (A. cherimola) – which Mark Twain considered ‘the most delicious fruit known to men’ – the araticum (A. coriacea) and the atemoya, which is a hybrid of A. squamosa and A. cherimola. 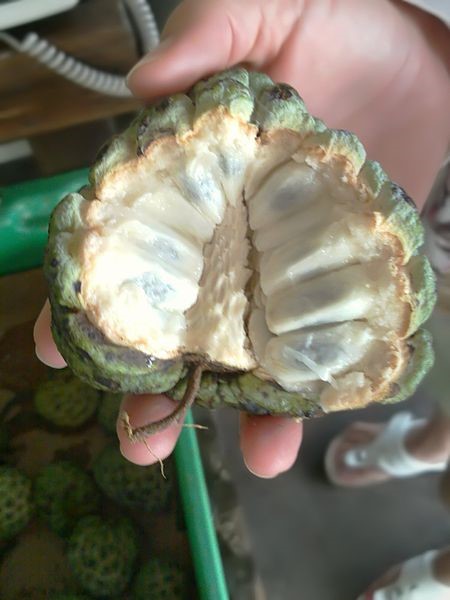 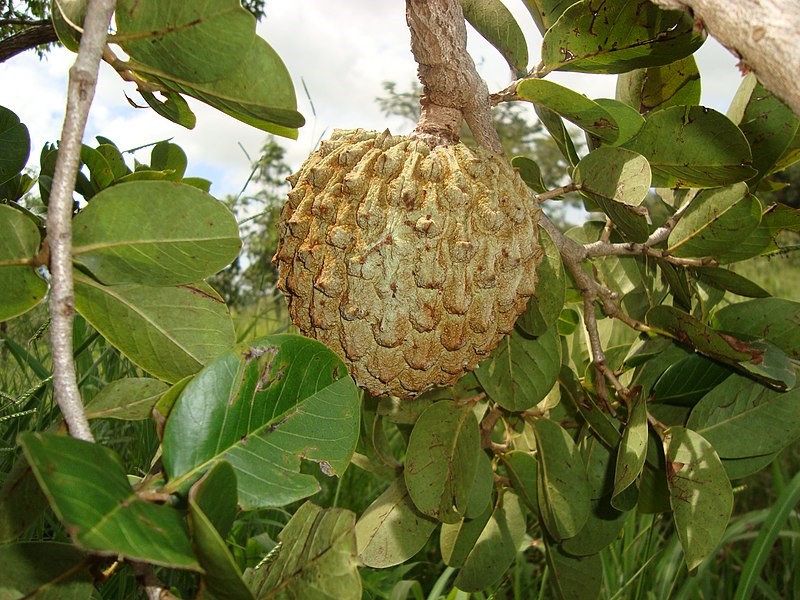 These plants, together with more than 90% of species in their family (Annonaceae), have one particularity that sets them apart from the majority of cultivated fruits: they are pollinated by beetles.

As the story goes, J.B.S. Haldane (1892-1964), British/Indian geneticist, evolutionary biologist, mathematician and more, found himself in the company of a group of theologians. On being asked what one could learn about the Creator from studying his creation, Haldane – an atheist – is said to have answered ‘an inordinate fondness for beetles.’ Indeed, a Great Designer would have needed to be partial to the order Coleoptera, which is one of the most diverse groups of animals on Earth. With over 400,000 known species, and certainly a much larger number waiting to be discovered, beetles make up one of the largest biodiversity segments of virtually every terrestrial habitat.

Beetle diversity is believed to be associated with the explosive expansion of flowering plants during the Cretaceous period (145-65 million years ago). A greater variety of plants created more opportunities for beetles and other insects that fed on living plant tissue. The resulting coevolutionary arms race – plants’ chemical and physical defences against herbivore-promoted counter-measures from plant-munching beetles – helped the diversification of plants and beetles. Today about 50% of all herbivorous insects are beetles.

Among those early plant feeders, some specialised in pollen – which is not an easy thing to do because pollen is hard to digest. These pioneer palynivores (pollen eaters) are believed to be the first pollinators. By moving from plant to plant to feed, they became contaminated with pollen, thus enabling plant fertilisation. With time, bees, flies and moths took over the role of main pollinators. But some plants, especially of ancient lineages such as magnolias (Magnoliaceae), retained cantharophily – from the Greek kántharos (beetle) and philos (loving), it means pollination by beetles. The Annonaceae, arums (Araceae), palms (Arecaceae), and orchids (Orchidaceae) are also well represented in this form of pollination. 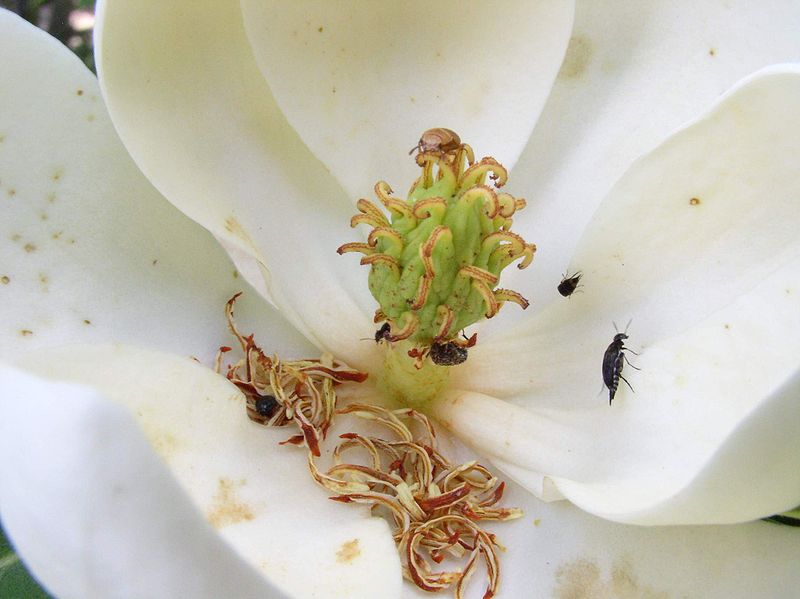 Beetles have none of the elegance or restraint of a nectar-sipping moth or a pollen-picking bee. They plough through a flower, wolfing down pollen (some eat nectar and petals as well), often spilling more grains than eating them, defecating as they go. That’s why they are called ‘mess and soil’ pollinators. And they like to hang around. While most insect pollinators stay on a flower just long enough to collect pollen or nectar, beetles usually are in no hurry: they may stay put for hours or days. The flower beetle Carpophilus mutilatus, one of the main pollinators of atemoya, stays inside a flower for up to 22 hours. 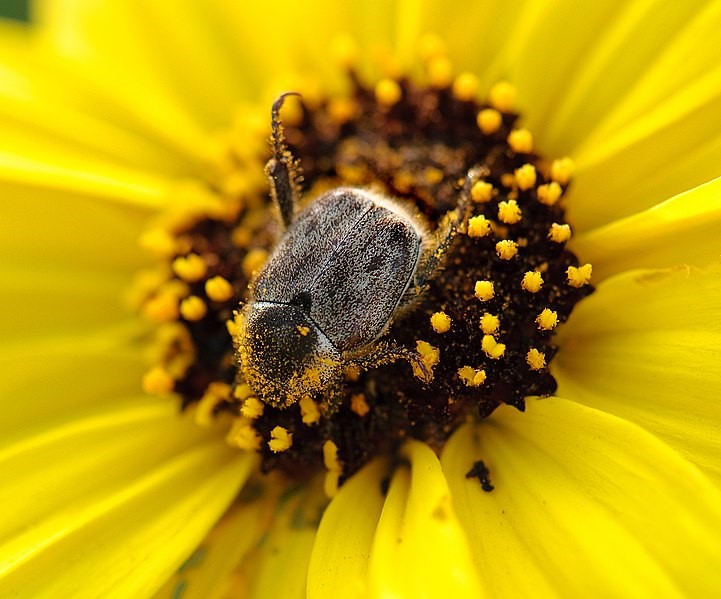 Plants adapted to these uncouth and destructive visitors by evolving thick or leathery flower parts and copious amounts of pollen to compensate for losses to consumption and spillage. And they encourage beetles to stay: their flowers usually have sepals and petals curved inwardly to form a pollination chamber, which is a dark, safe and cosy space for beetles to frolic to their heart’s content. But there’s more: most cantharophilous flowers produce strong perfumes, which people have described as spicy, sweet, musky, or as reminiscent of overripe fruit – thus irresistible to some beetles. A number of these flowers are also thermogenic – they produce heat – when they open and become functional (the anthesis period). A warm flower disperses its scents with ease and welcomes beetles fleeing the cold. 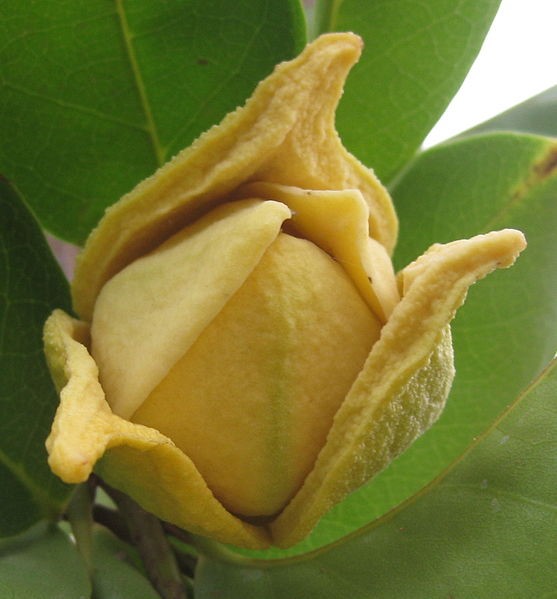 Most cantharophilous plants would not win a prize in a flower show, but never mind our aesthetic preferences; their objective is to reward the creatures that help them reproduce. Sap beetles (Nitidulidae), long-horned beetles (Cerambycidae), leaf beetles (Chrysomelidae), rove beetles (Staphylinidae), scarabs (Scarabeidae), tumbling flower beetles (Mordellidae), click beetles (Elateridae), blister beetles (Meloidae) and weevils (Curculionidae) are welcomed with a place to feed, mate, and shelter from the weather and predators. Many of these visitors are hairy, so with luck, some pollen grains get attached to their bodies and transported to another flower.

A flower of Annona coriacea with the external petal removed to reveal a Cyclocephala ohausiana feeding on the floral chamber © Costa et al., 2017. PLOS ONE 12(2): e0171092.: 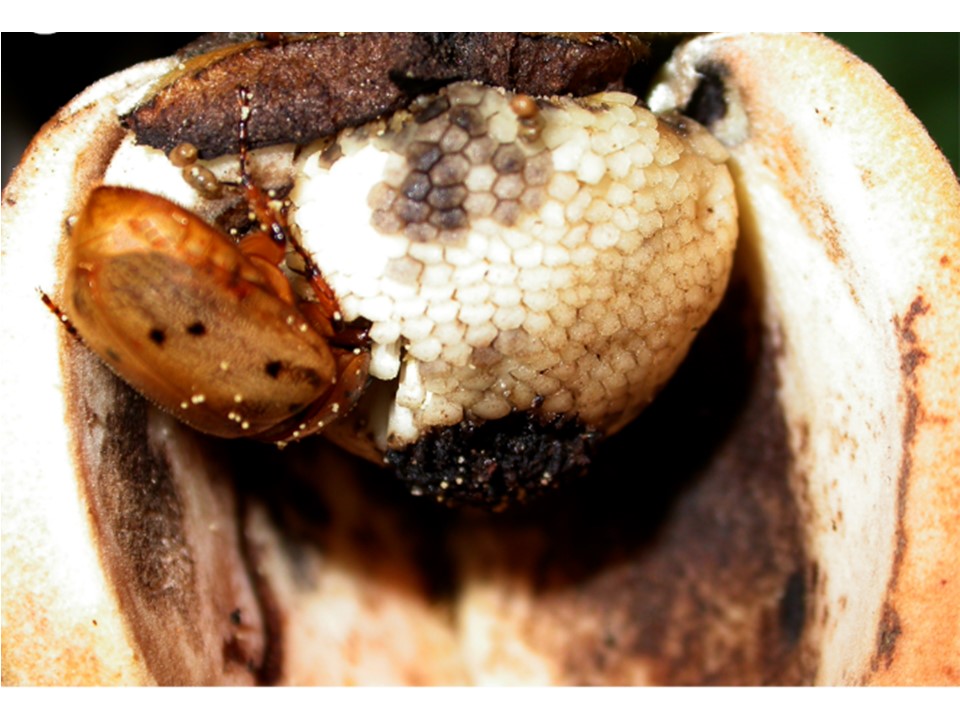 Plants that rely on beetles for pollination are more common in tropical-Mediterranean regions and in semi-desertic areas like South Africa and southern California. But temperate regions have their share of cantharophilous species such as goldenrod (Solidago spp.), water lilies (Nymphaeaceae), and the rowan tree (Sorbus aucuparia).

Rowan has deep roots in Celtic folklore, thanks mostly to its bright red berries, which have long been associated with spirits and all things magic. The rowan is a ubiquitous feature of the British landscape, and has a significant ecological role to play. 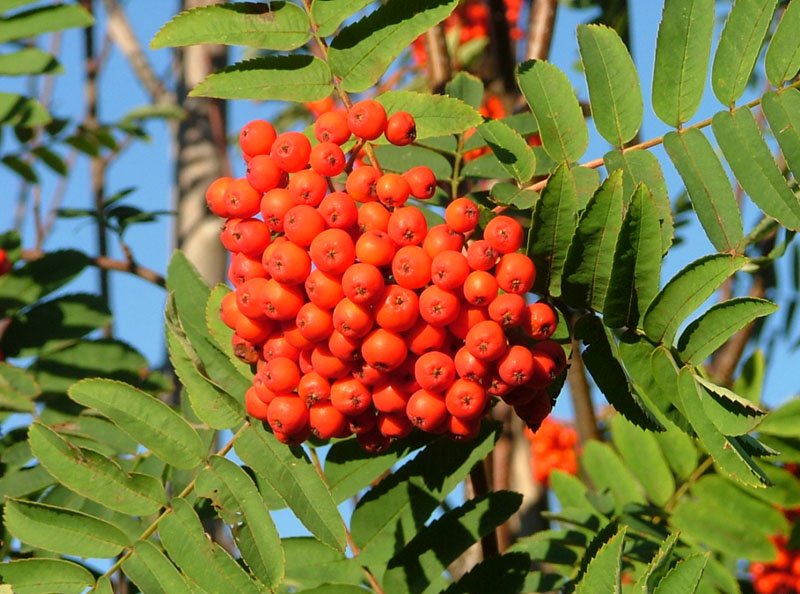 The sweet-smelling rowan flowers attract many insects, but they appear to be fertilised primarily by beetles. The resulting berries are eaten by a variety of birds; in fact, the rowan is one of the most important food sources for frugivorous birds in northern Europe. Rowans produce large crops of seeds in some years (plant ecologists call these episodes ‘masting’), and very little to almost none in others. The erratic availability of rowan berries has far-reaching consequences. The distribution and abundance of bullfinches (Pyrrhula pyrrhula) in parts of the Fennoscandian region (Norway, Sweden, Finland, and Denmark) are synchronized with rowan masting events, and the arrival of fieldfare (Turdus pilaris) and redwing (T. iliacus) flocks to Britain is affected by the dwindling supply of rowan berries in Scandinavia and continental Europe at the onset of winter. 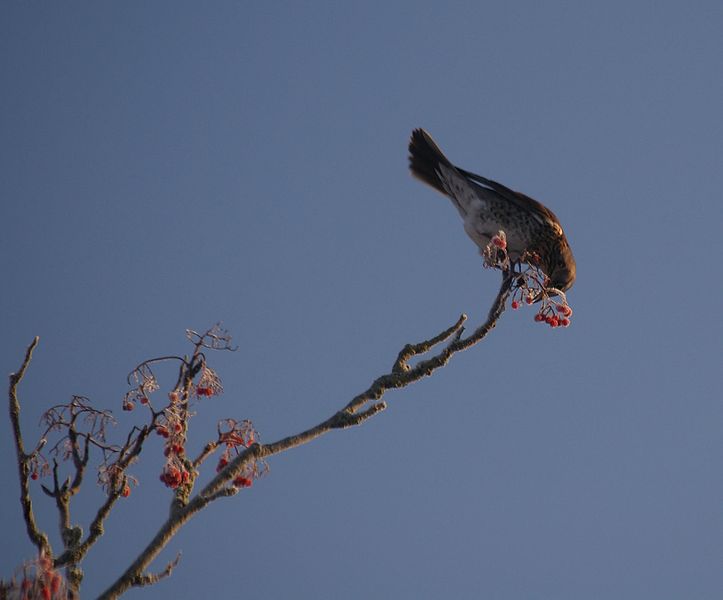 Considering the number of beetle species out there, and the likely much greater number yet to be described, the list of cantharophilous plants is bound to increase as we learn more about these unsophisticated ‘mess and soil’ flower visitors. 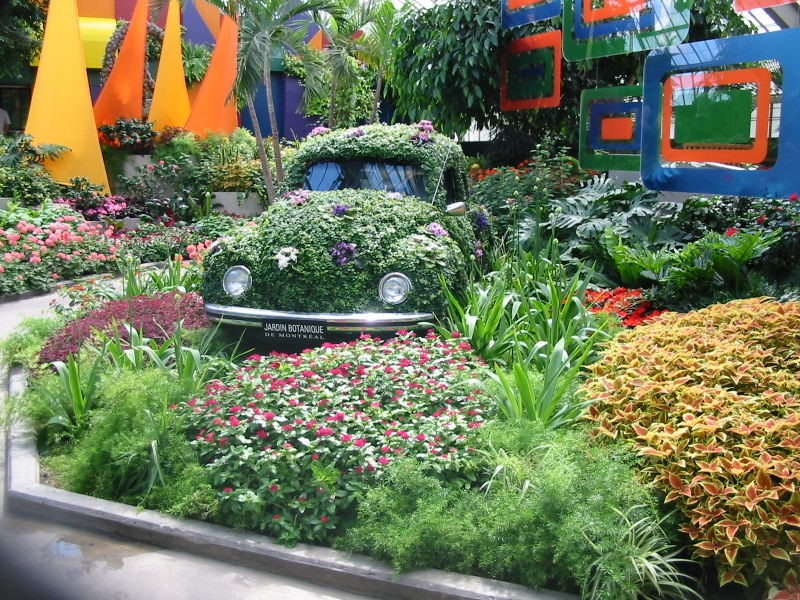