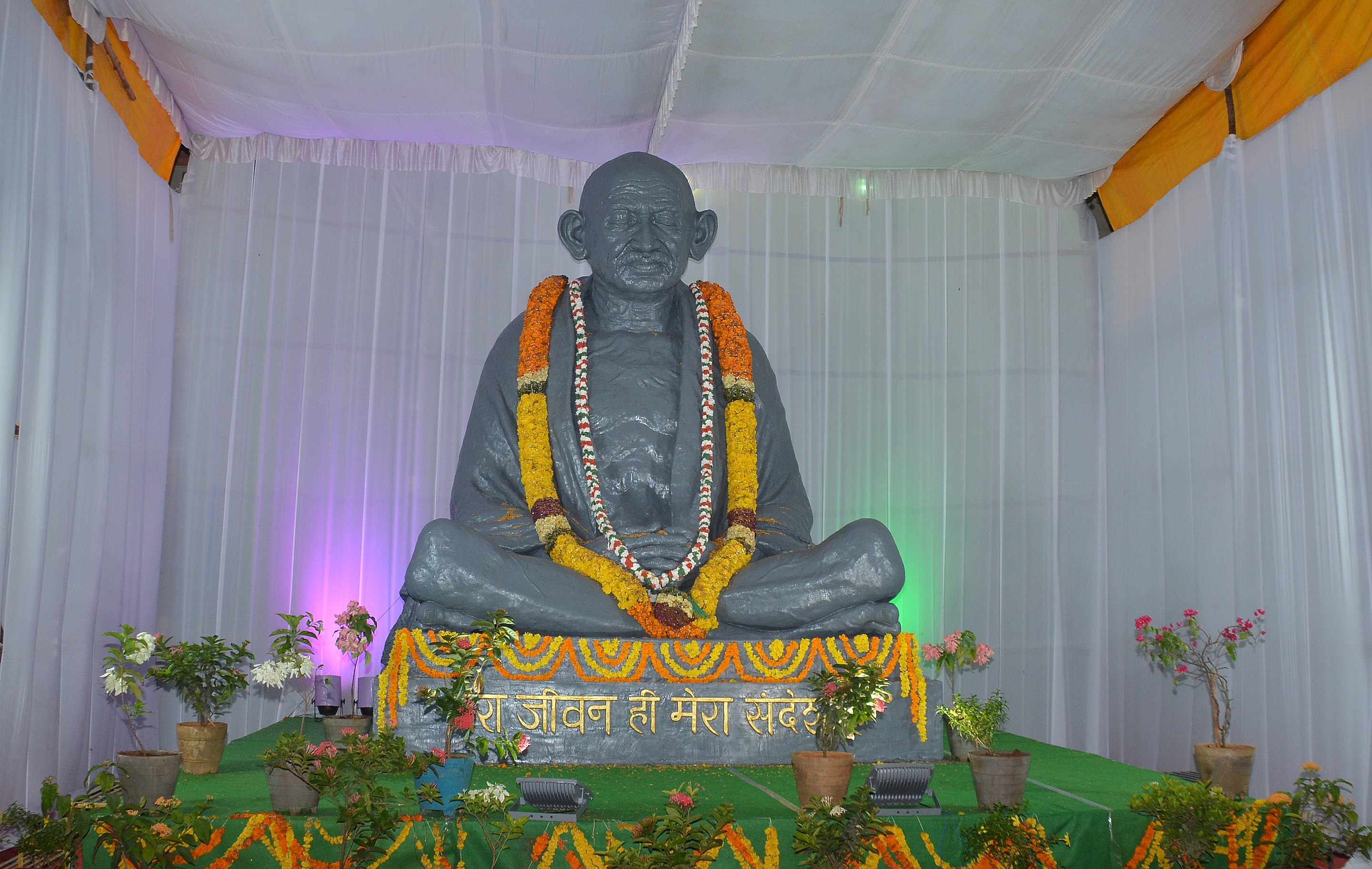 Not much historical stuff happened on October 2; here’s what I noted:

Here’s an original copy of the Bill of Rights from 1789. None that there are 12 amendments. These were the ones that were passed by Congress, but only ten—our present Bill of Rights—were ratified by the states. They are #3-#12 above. 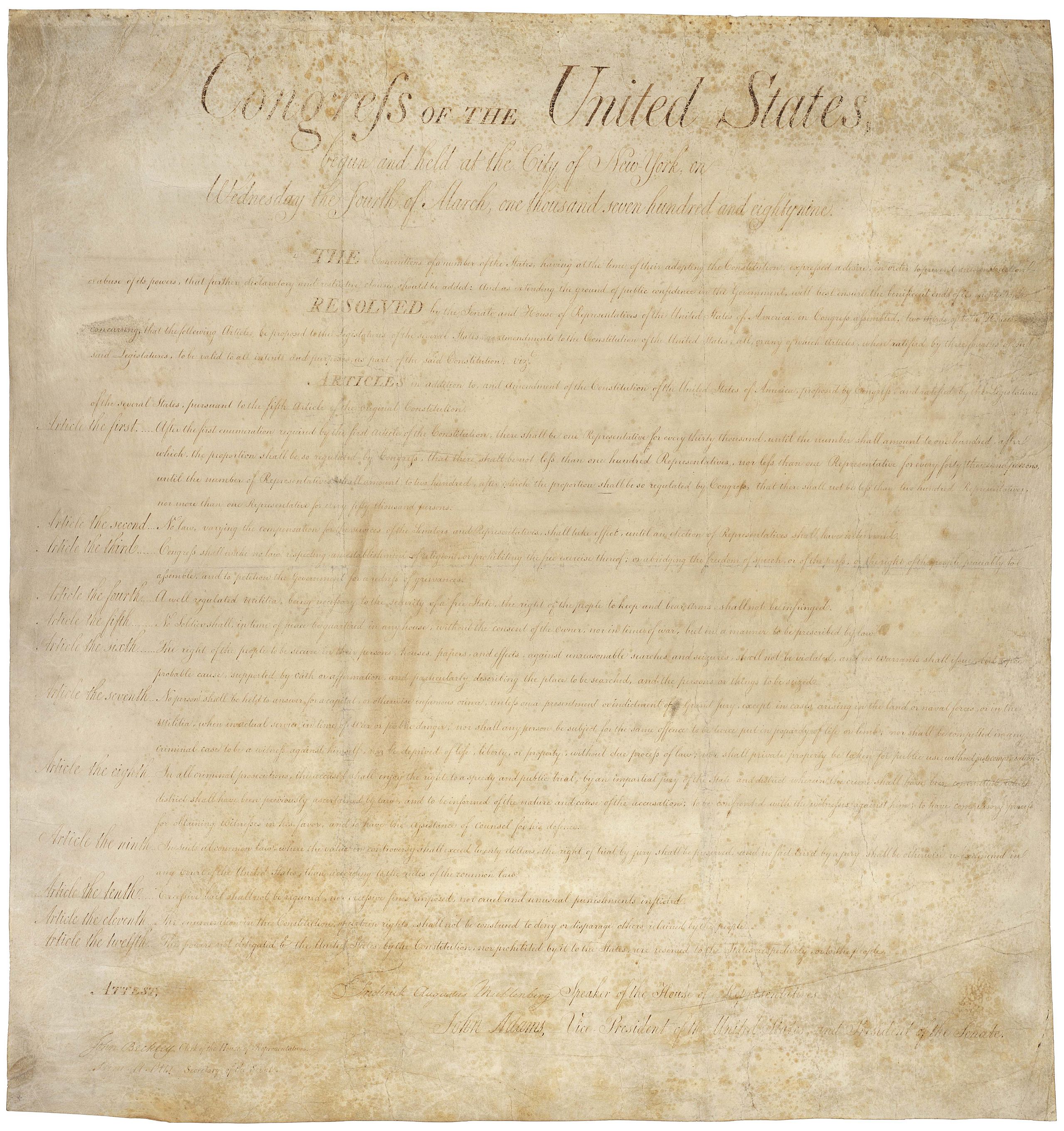 Here’s Marshall putting on his robes for the first time, with a little help from his wife:

Here’s a description from Wikipedia (Muhammad was executed by lethal injection, and Malvo is serving life without parole:

The snipers were John Allen Muhammad (age 41 at the time) and Lee Boyd Malvo (age 17 at the time), who traveled in a blue 1990 Chevrolet Caprice sedan. Their crime spree, which began in February 2002, included murders and robberies in several states, which resulted in seven deaths and seven injuries. In total, the snipers killed 17 people and wounded 10 others in a 10-month span.[

And a photo of the hole in the trunk of the Caprice, where a sniper would hide and shoot, using a stolen Bushmaster XM-15 rifle. 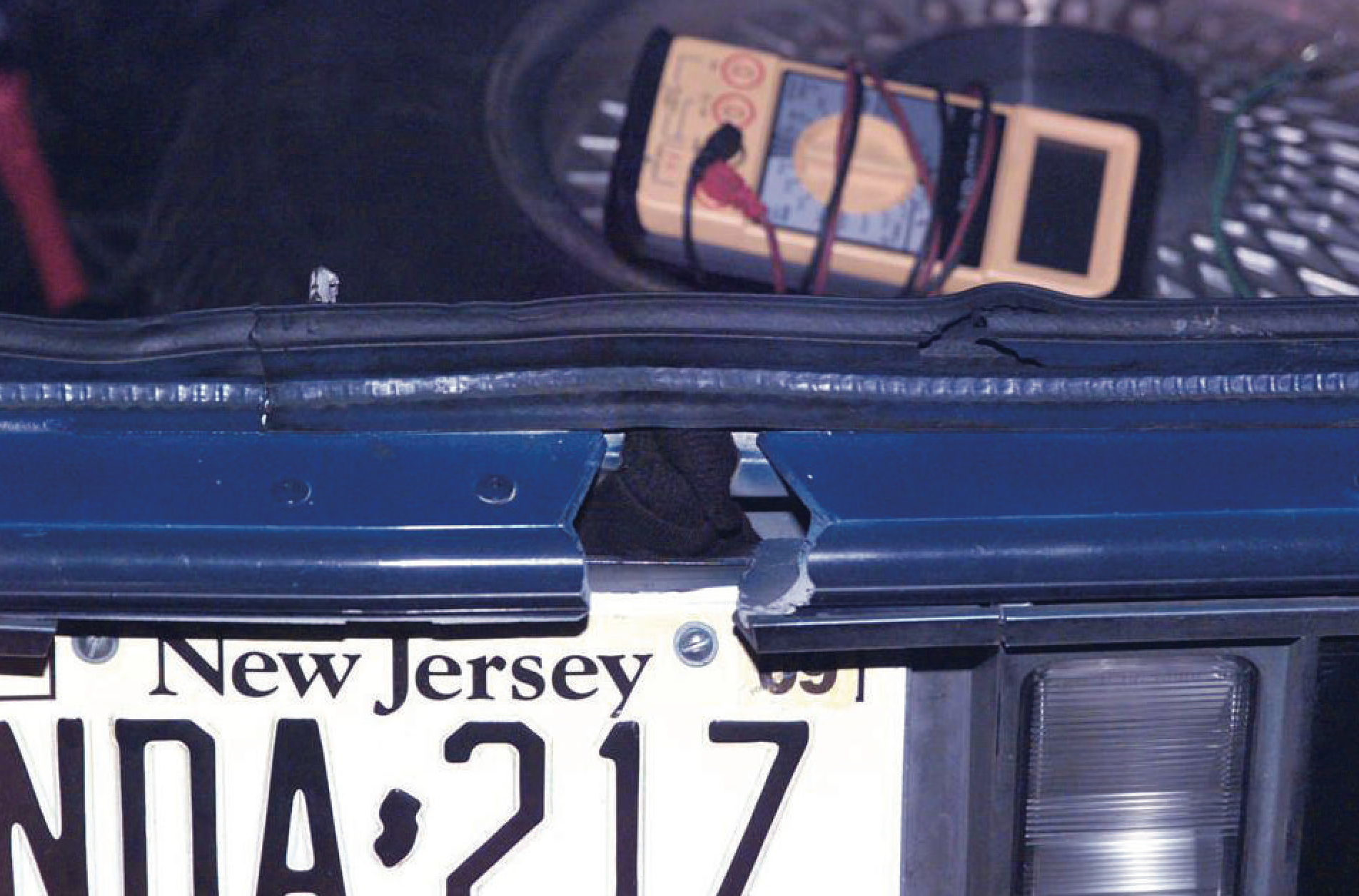 Here’s a NYT video reconstructing the assassination of Khashoggi in Istanbul. It’s the result of lots of investigation, and is fascinating albeit disturbing:

*Well this is embarrassing for Putin. Just one day after he crowed about Russia annexing four parts of Ukraine, the Russians have withdrawn from an important city, Lyman, in one of those regions.

The battle for Lyman, a city in Donetsk Province with a prewar population of 20,000, is particularly poorly timed for the Kremlin, coming shortly after Mr. Putin illegally declared the annexation of four regions in Ukraine where battles are still raging and a month after Kyiv’s victories in the country’s northeast.

The loss of the rail hub puts additional pressure on the Kremlin, which has been facing blowback at home over its losses on the battlefield and over the conscription of hundreds of thousands of men to fight in Ukraine.

Hours after Ukraine’s Defense Ministry said its forces were entering the city, Russia’s Ministry of Defense said it had made the decision to pull out of Lyman. The withdrawal staved off a potential worst-case scenario for the Kremlin in which Russian troops were trapped.

“Due to the risk to be encircled, the allied forces were withdrawn” from the city to “more advantageous” locations, the ministry said in a statement posted on Telegram.

I still can’t believe that Ukraine is holding back the Russian bear, something I predicted would not happen. I still think that, given Putin’s megalomania and fear of failure, the country will at least lose a substantial portion of its prewar territory, but you can’t help but admire the plucky Ukrainians, who are helped by their Fighting Cats (see tweet below).

*This tweet, showing Joe Biden asking for a woman who has been dead for a few weeks, features in a new Washington Post column by Megan McArdle, “What happens when Biden actually has to go out and campaign?” She’s deeply worried about age-related degeneration of Biden’s mentation.

"Jackie are you here? Where's Jackie?"

Long before our president began communing with the dead at White House events, it was obvious Joe Biden was past his prime.

Watching him waver through his stump speech in Iowa and New Hampshire back in 2020, you were inevitably struck by how old he looked. I remember standing at the side of some rally, somewhere, wishing I could get the former vice president a chair. “Even if he gets the nomination,” I thought, “can he really stand a year of this?”

McArdle voted for him, but still worries. A lot:

. . . during the 2020 primary campaign, no matter what time of day you saw Biden talk, he looked tired and sounded tentative. His condition would have been a lot clearer to everyone if he’d had to spend a year chasing voters through every state fair in the country instead of campaigning largely from lockdown. More Americans would have seen his habit of what you might call senior moments. Not dementia, as Trump recently suggested; just moments when he appeared to struggle for words or get a bit confused.

Like, for example, at the White House event on Wednesday where Biden called out to congresswoman Jackie Walorski.

“Jackie, are you here? Where’s Jackie?” Biden said. Walorski was not in attendance, having died in a car crash in August. Biden had reportedly called the family at the time to express condolences.

. . .But when all that’s said, you need only watch video from 10 years ago to see that the president now appears slower than he used to be. That doesn’t mean he’s unfit to be president; he will not be asked to resolve a foreign policy crisis by solving crossword puzzles at high speed. But whether it’s a policy problem, it is a political problem.

In a recent poll, fewer than half of Americans said they were confident Biden was mentally fit for the job. And the more Biden goes out in front of the public — as he would have to do for a 2024 campaign — the more he is apt to raise anxieties about his age.

I’m one of those in that half. Biden should really pack it in, but who would replace him? If Trump decides to run again, and is not in jail, it would have to be a damn good Democratic to win.  I still have no confidence in any of them, though Mayor Peter still appeals.

*Reader Jez in the UK shot me an email that said this:

Nick Cohen has a new piece in the Spectator about the failure of Reagonomics and why Liz Truss has nearly crashed the UK’s economy because she misunderstood the writings of her self-proclaimed “favourite historian”, Rick Perlstein.

I don’t know from Perlstein, and know little about Truss save that she seems to make a mess of everything she does, but I do like Nick Cohen, and so I point you to this piece. This is how it starts:

As I reported this summer, Liz Truss’s favourite historian is Rick Perlstein, the great chronicler of the rise of the new right in its Nixonian and Reaganite forms between 1960 and 1980.

She told journalists that she read ‘anything’ he wrote. Interviewers noticed Perlstein’s books on her shelves. In a strange compliment to the American historian, Truss or sources close to her briefed The Spectator‘s Katy Balls with precise (if unacknowledged) quotes from his account of the rise of Ronald Reagan.

I sent Perlstein my piece and asked for his thoughts. Let me put it like this: he may be her favourite historian, but she is not his favourite politician. Not even close. Not even in the top 1,000.

‘Liz. Can’t. Read.’ he replied, and began a long – and for British readers frightening –  account of how and why our new government of wannabe Reaganites have crashed the economy.

Perlstein said that, if she read his books with the attentiveness she claimed, she would not have risked our pensions and mortgages with a naïve belief that tax cuts would stimulate economic growth and raise revenue for the Treasury. Far from paying for themselves, Reagan’s income and capital gains tax cuts in the early 1980s sent public debt from 26 per cent GDP in 1980 to 41 per cent GDP by 1988.

More pertinently, he added, she would have noticed that serious conservatives in the 1970s never supported his plans.

Cohen, a liberal, goes on decrying tax cuts as both a useless sop and a diversion from increases in other payments Brits have to make.

*From the Wall Street Journal we learn that the National Archives is still missing electronic records that it’s supposed to have gotten from the Trump administration, and that includes the ones he’s already turned over to them.

The National Archives and Records Administration said that it hasn’t recovered all the presidential records that were supposed to be turned over at the end of the Trump administration.

“While there is no easy way to establish absolute accountability, we do know that we do not have custody of everything we should,” acting Archivist of the United States Debra Steidel Wall wrote.

The letter also said that, as appropriate, the National Archives would consult with the Justice Department on whether to initiate action to recover records that may have been removed in potential violation of the Presidential Records Act.

Oops! But when asked directly whether the Archives had everything from Trump that they knew of, the Archives demurred, with Steidel Wall answering, “We respectfully refer you to the Department of Justice in light of its ongoing investigation.”

*The NYT article “5 tastes of Asia” will make you hungry unless you have a leather palate. It singles out one dish from each of the countries of Singapore, India, Thailand, Japan, and Korea, and gives a multimedia presentation with text, mouthwatering video, and photographs. Each dish is shown as it’s prepared and presented in its iconic restaurant.  I’ve had but two of the dishes, but one of them, the chili crab in Singapore was at the restaurant that’s highlighted. Go look!  The dishes (asterisks next to ones I’ve tried):

The only reason I haven’t had the three un-asterisked dishes is because I haven’t been to those countries. Otherwise there would be five asterisks. I had chili crab but once (it was fabulous) and many dosas throughout India. (Dosas are one Indian dish that can be just as good in the U.S. as in India.) But in a South Indian restaurant, as this is a South Indian food, I always dither between a dosa and an uttapam. This is like the difference between a flat pizza and a deep-dish pizza, and as often as not I’ll go for the uttapam.

Meanwhile in Dobrzyn, Andrzej is being solicitous of Hili and Szaron:

Hili: Did you want something from us?
A: No, I’m just checking what you are doing. 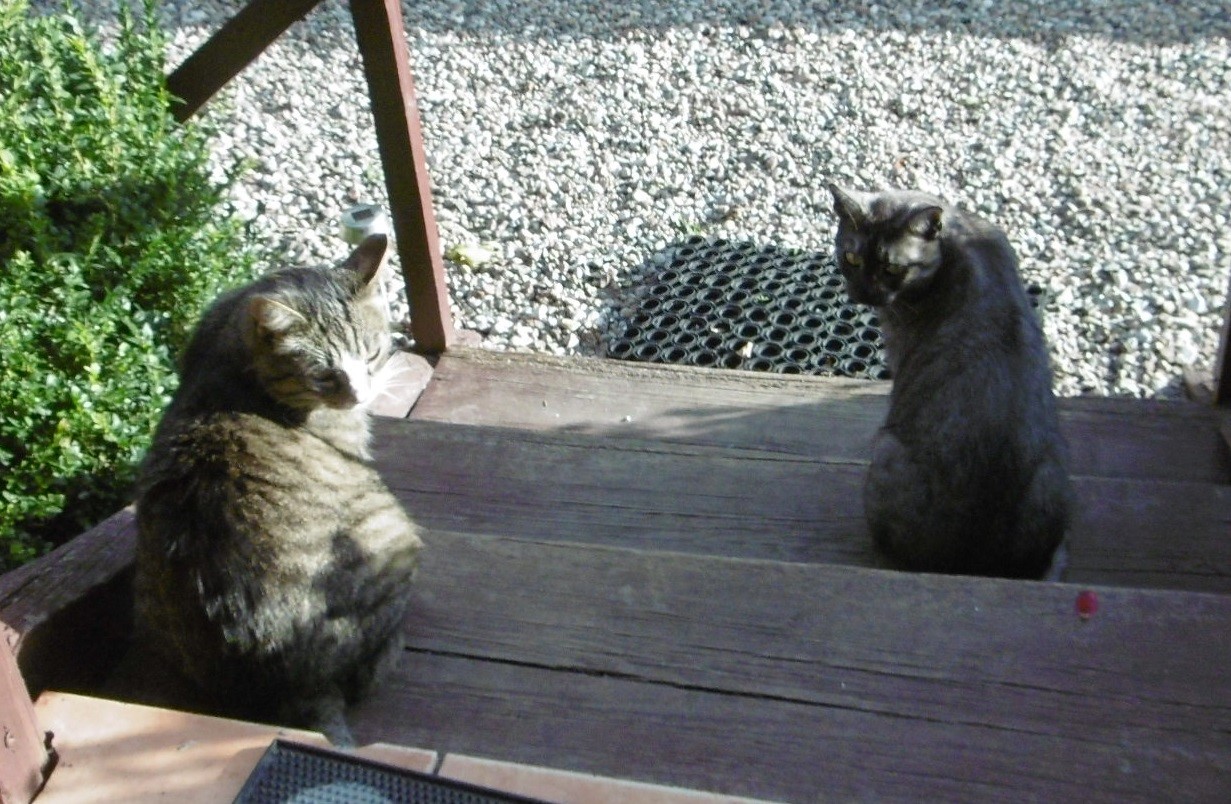 Matthew sent some photos of a rubber duck store in Amsterdam, where he just gave a talk. Here are a couple: 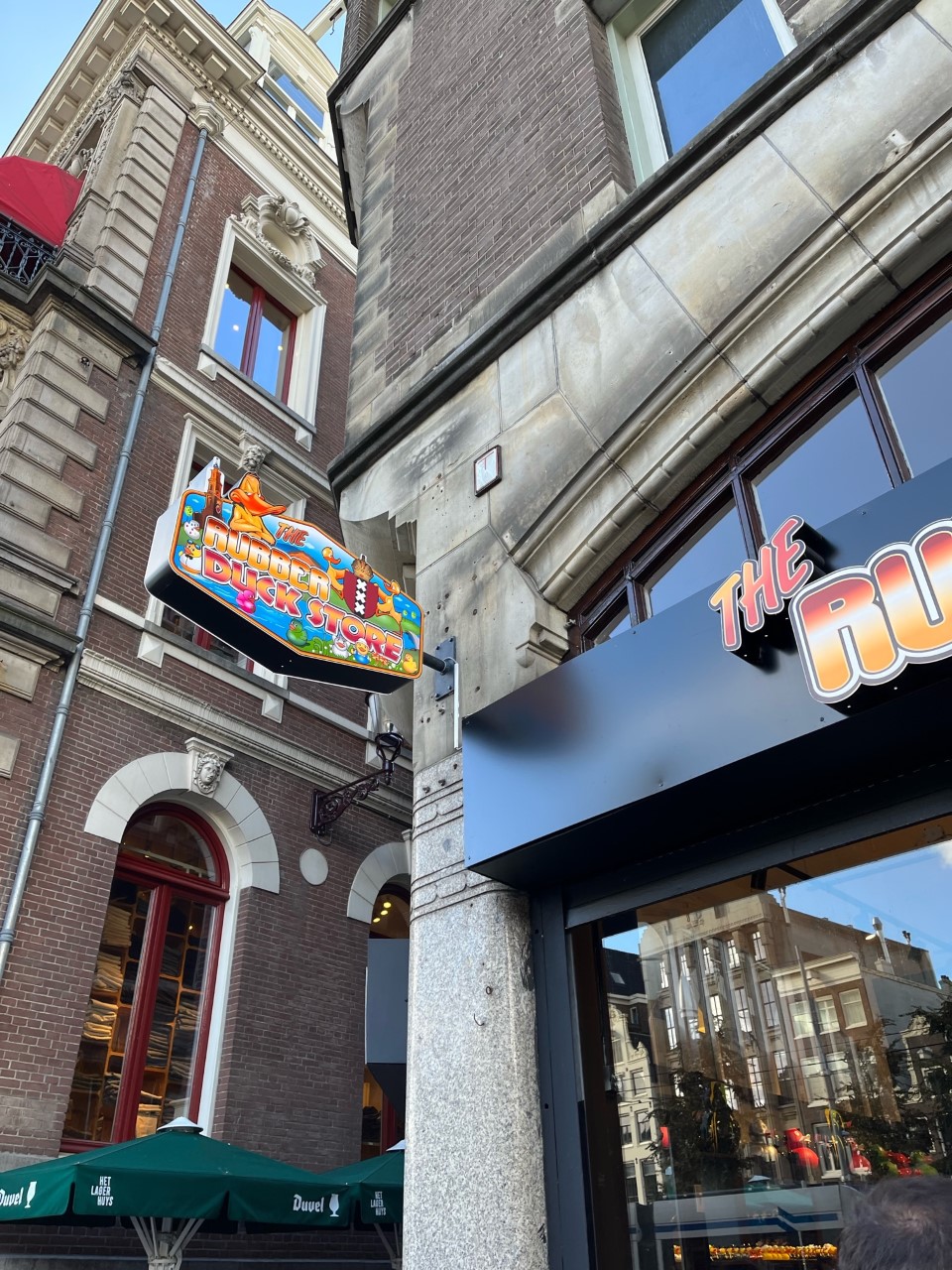 He couldn’t find a Darwin duck. 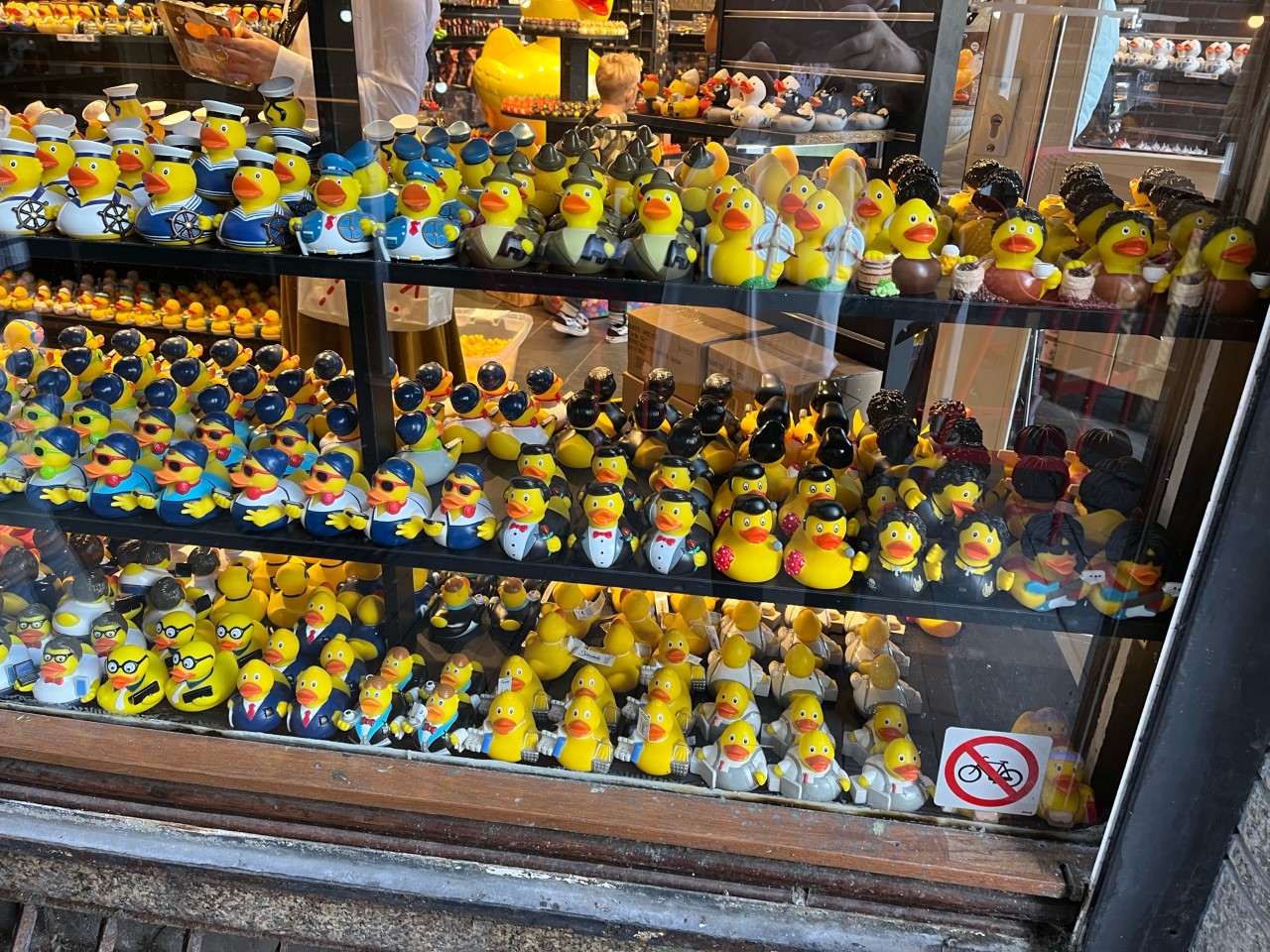 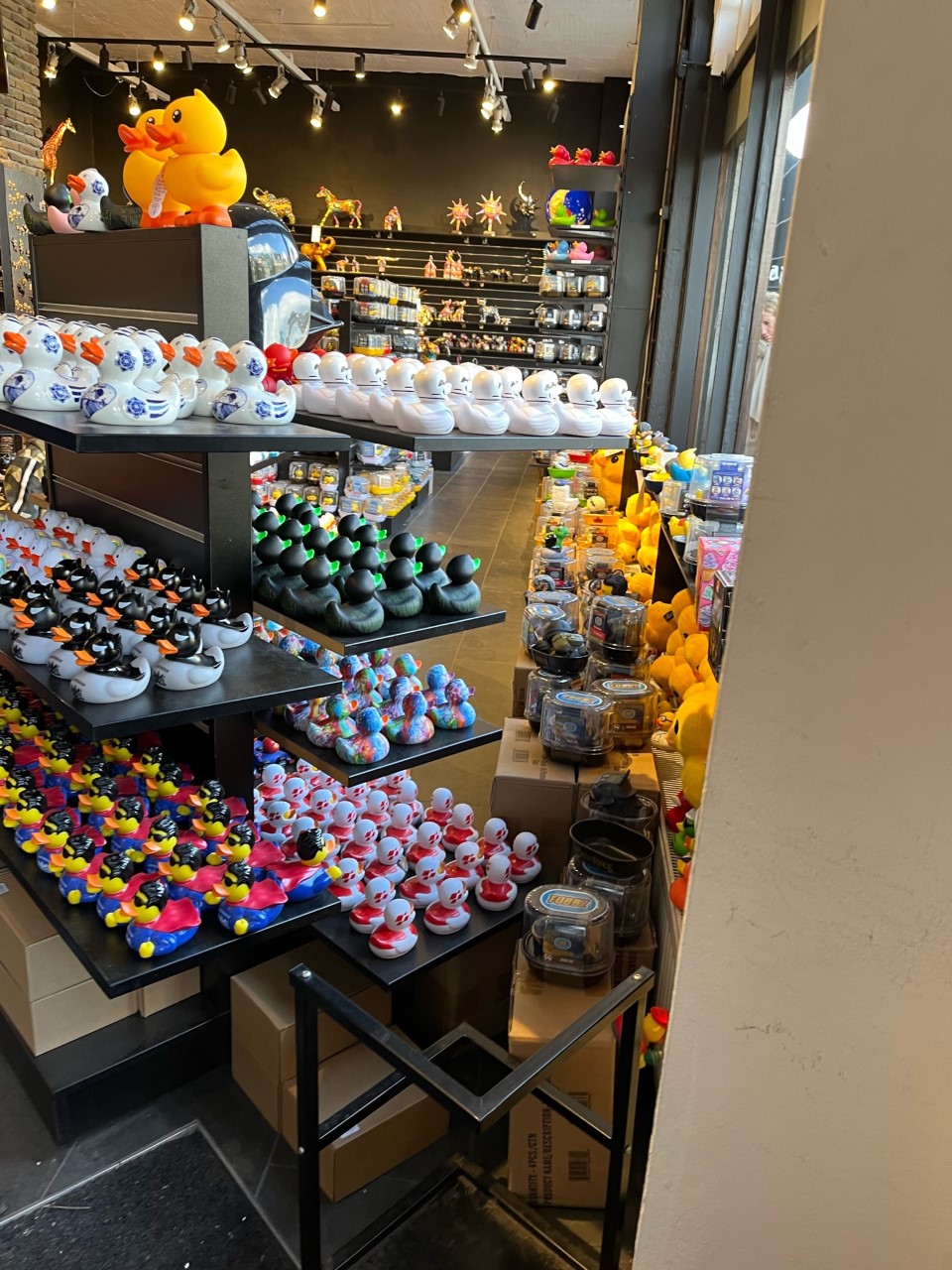 From Anna, a Mark Parisi cartoon. Remember: Halloween is coming! 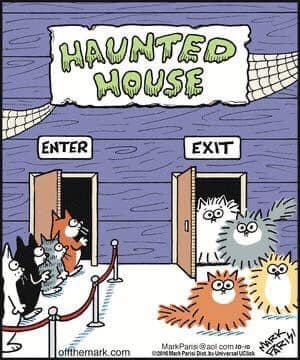 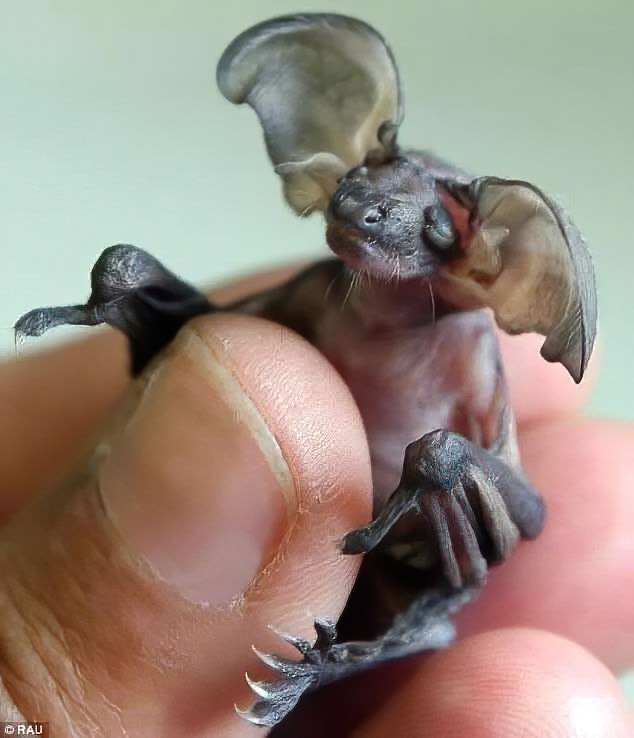 The Tweet of God, who is retweeting a lot about the protests in Iran:

Protests are expanding accross Iran, even in Kerman,hometown of the terrorist Soleimani!
Clashes are everywhere!
The internet is disturbed & cut off, hardly videos are coming out!#مهسا_امینی#MahsaAmini#IranTruth@TheTweetOfGod
Subtitle by @iran_truepic.twitter.com/D51LZwvvdc

And, following that up, one from Masih. I hope those are honks of solidarity!

See how fearlessly these women are waving their headscarves in public which is a punishable crime in Iran. They are not fighting against small piece of cloth but against the main pillar of Islamic Republic. They face guns and bullets but they say enough is enough.#مهسا_امینی pic.twitter.com/wdrAun5xeT

From Tulsi Gabbard, who clearly doesn’t like Kamala Harris:

Doubling down on stupid. pic.twitter.com/YwjyEmqsTD

From Barry, who says “the cat looks like a good warrior”. Ukrainian cats are tough!

I swear, the upcoming Nobel Peace Prize better go to the Ukrainian people. And their cats! ❤️🇺🇦❤️ pic.twitter.com/zBxsNYIdeR

From Luana: I hope that guy was worth 74 chickens! Be sure to read the whole report.

Remains the greatest contribution to the toxicology literature *of all time*. pic.twitter.com/divdPBeHzI

From Simon, who comments, “Who says women are soft leaders?” (He’s talking about Liz Truss, of course):

She arrived at #Auschwitz on 23 October 1943 in a transport of 1,035 Jews deported from Rome. She was among 839 of them murdered in gas chambers after the selection. pic.twitter.com/U3n0RNA60u

Tweets from Matthew. The first one he tweeted yesterday from Amsterdam, where, after giving an invited lecture, he visited the home of Swammerdam, who features largely in Matthew’s first book. Matthew says this photo resembles the grumpy ginger cat shown in a tweet I posted the other day:

A bat with a stuck wing was rescued and fixed up. Be sure to watch the video.