Today’s Jesus and Mo strip, called “Jihad 2”, is an old one. As the caption notes “It’s holiday time, so ‘re-touched’ resurrections for a bit. This one from 2007.” But the only holiday going, so far as I know, is Rosh Hashanah, and that ended last night. (Yom Kippur is coming up on October 4-5, and the Muslim holiday of Eid-e-Shuja’ on October 5 in Iran). Am I missing a holiday?

So be it; here’s the strip, where Moses makes an appearance. It could also have been called “Whatever”.

Apparently what “works” for Mo is the Revealed Truth. 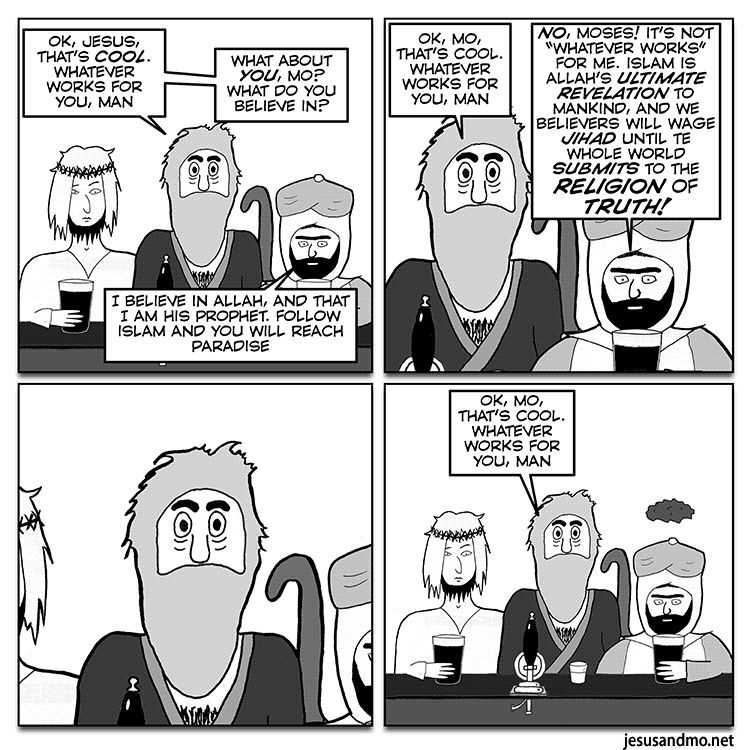