Today we have wildlife photos from reader Curt Hall, whose narrative and captions are indented. Click on the photos to enlarge them.

I’m fortunate to live near Hagerman National Wildlife Refuge, near the Texas-Oklahoma border on the southern shore of Lake Texoma.

Hagerman is primarily known for the numerous bird species which live on the refuge either year round or as a part of a yearly migration journey.  Here are a couple recent bird shots from the Refuge: 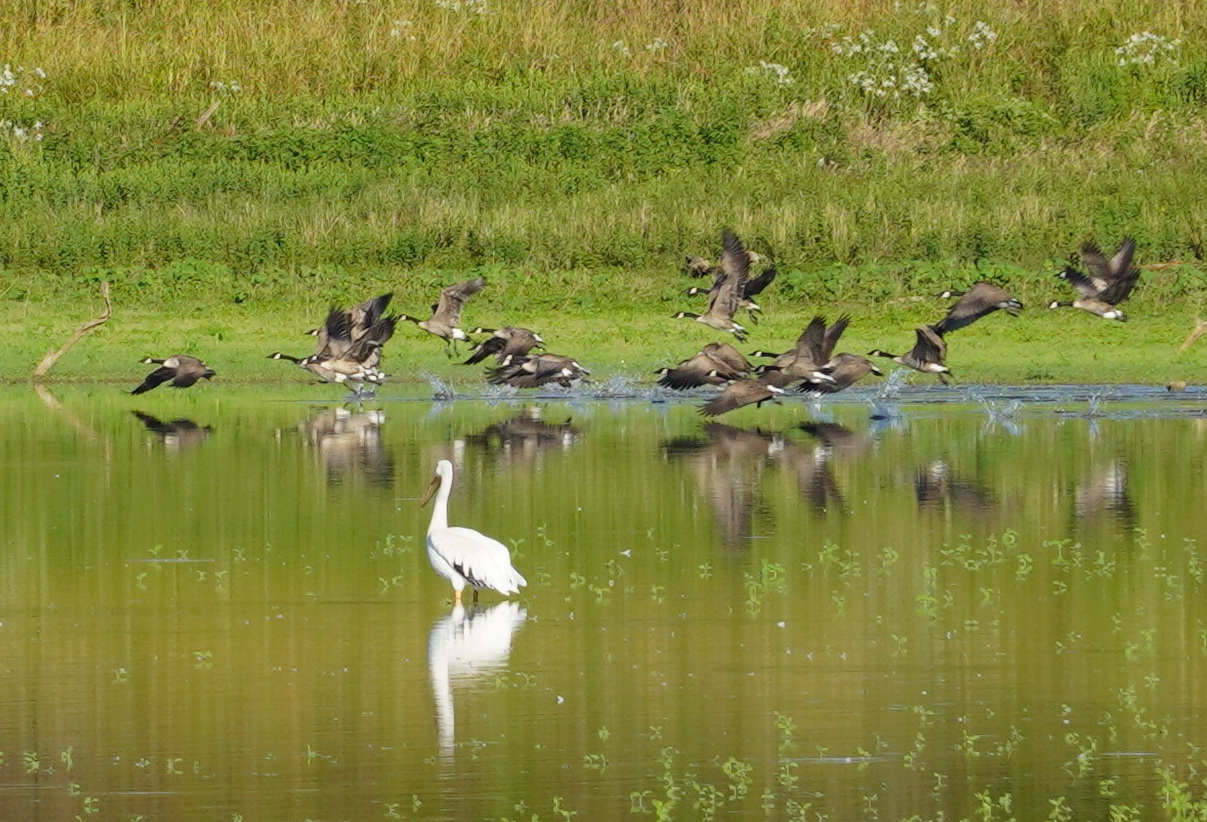 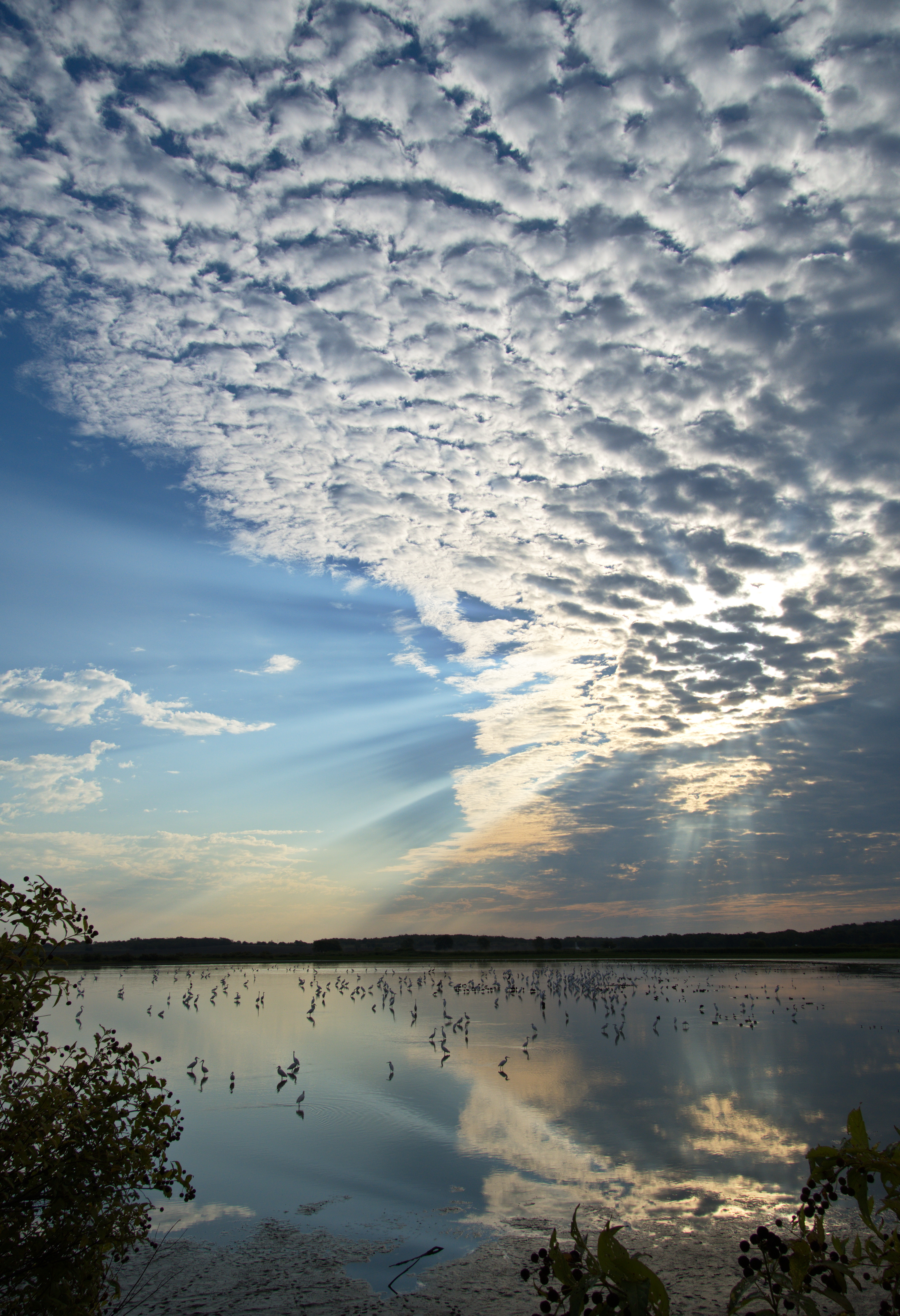 However, I mainly wanted to share a sequence of images of two non-birds.  This sequence ended up good for one and decidedly bad for the other. These were captured when a North American river otter (Lutra canadensis) caught and ate a shortnose gar (Lepisosteus platostomus) a couple dozen feet from me.  The otter discovered a large gar in a shallow creek that recently became stranded from the main lake body as the lake level dropped through the dry summer.  The otter took advantage of this situation and managed to catch and eat a rather large breakfast.

Muddy otter retreats from an initial swim at the gar: 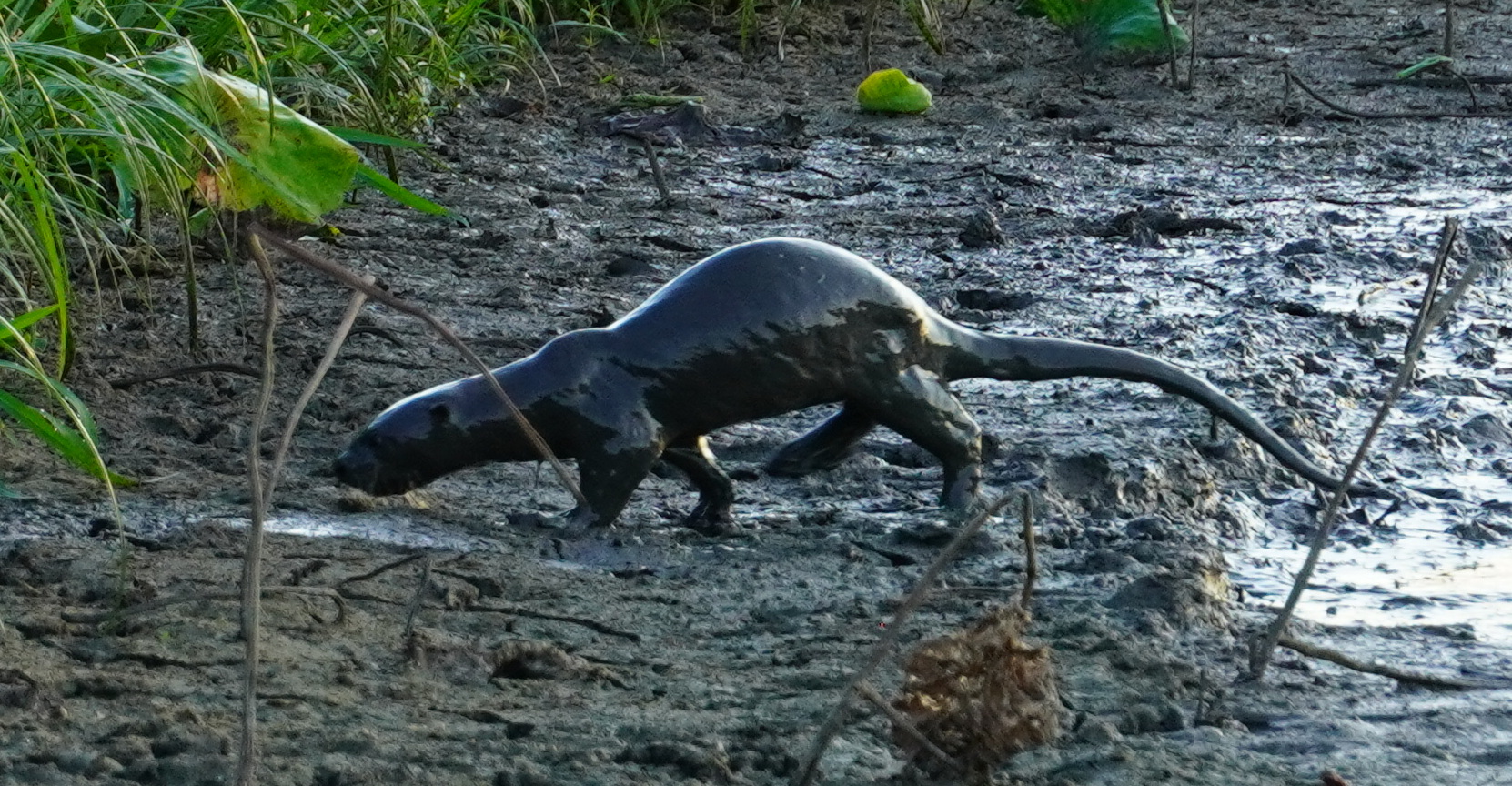 Otter begins his second foray into the water with gar splashing violently: 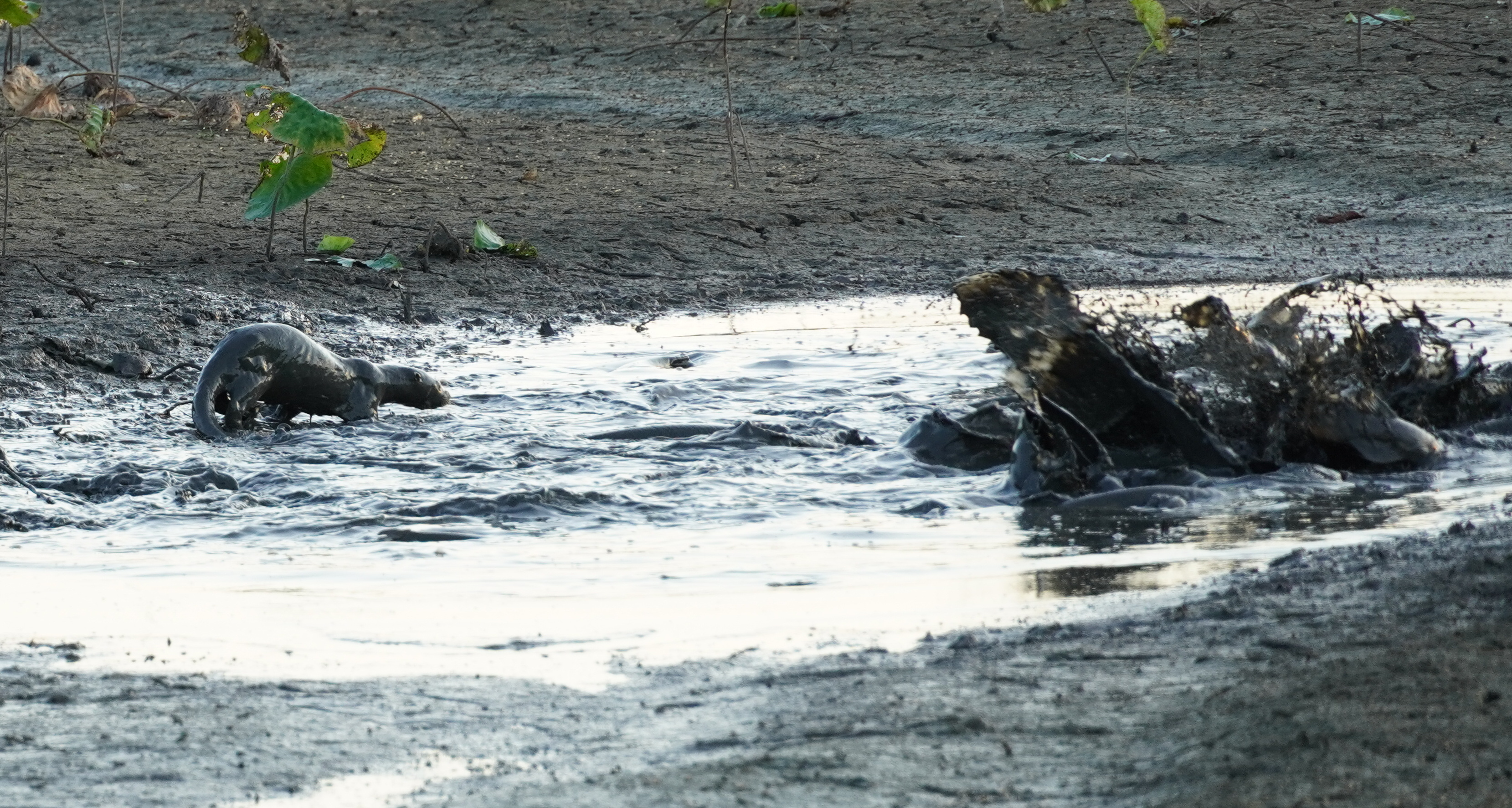 Gar continues to flail at the otters approach: 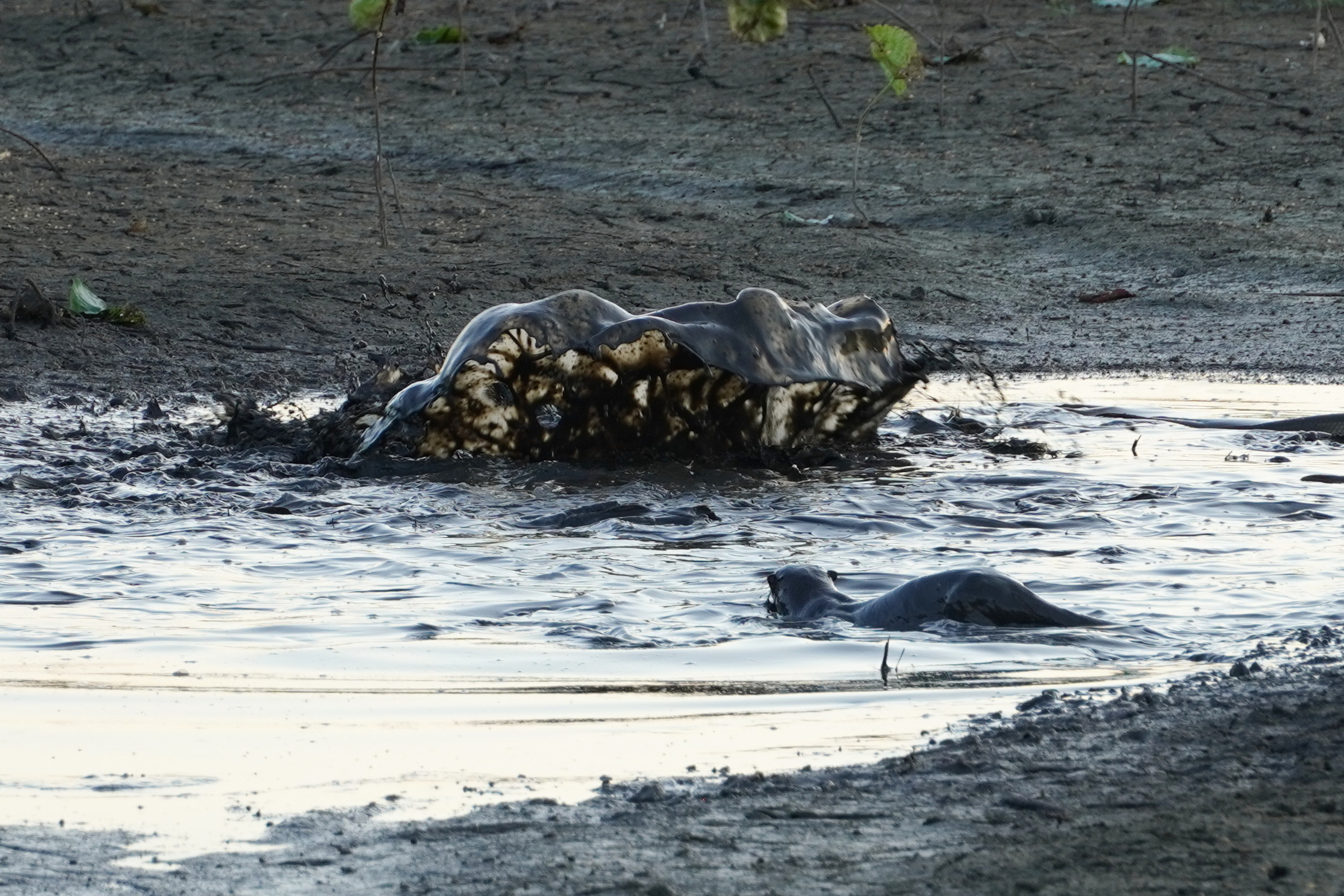 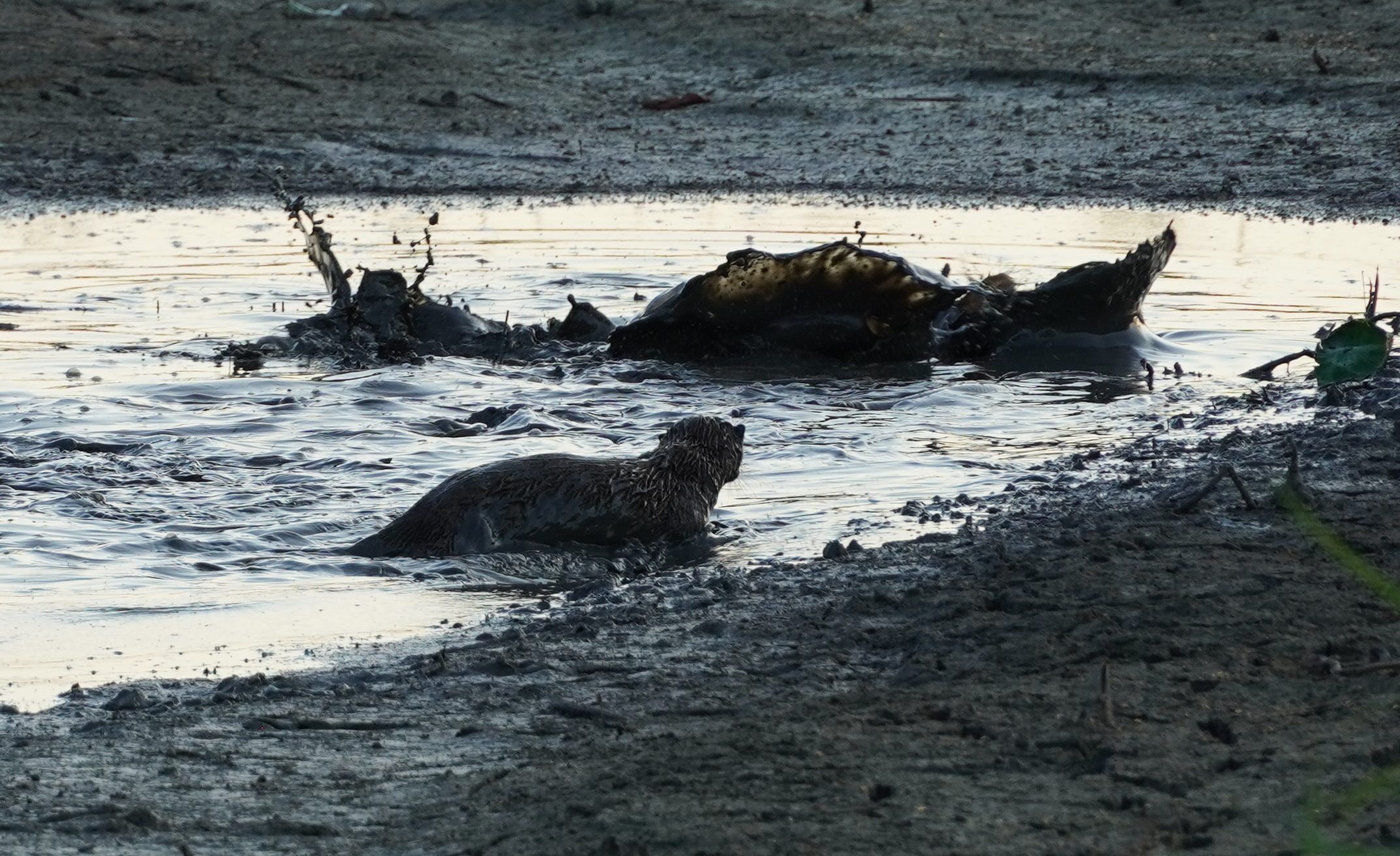 A quick breather before breakfast: 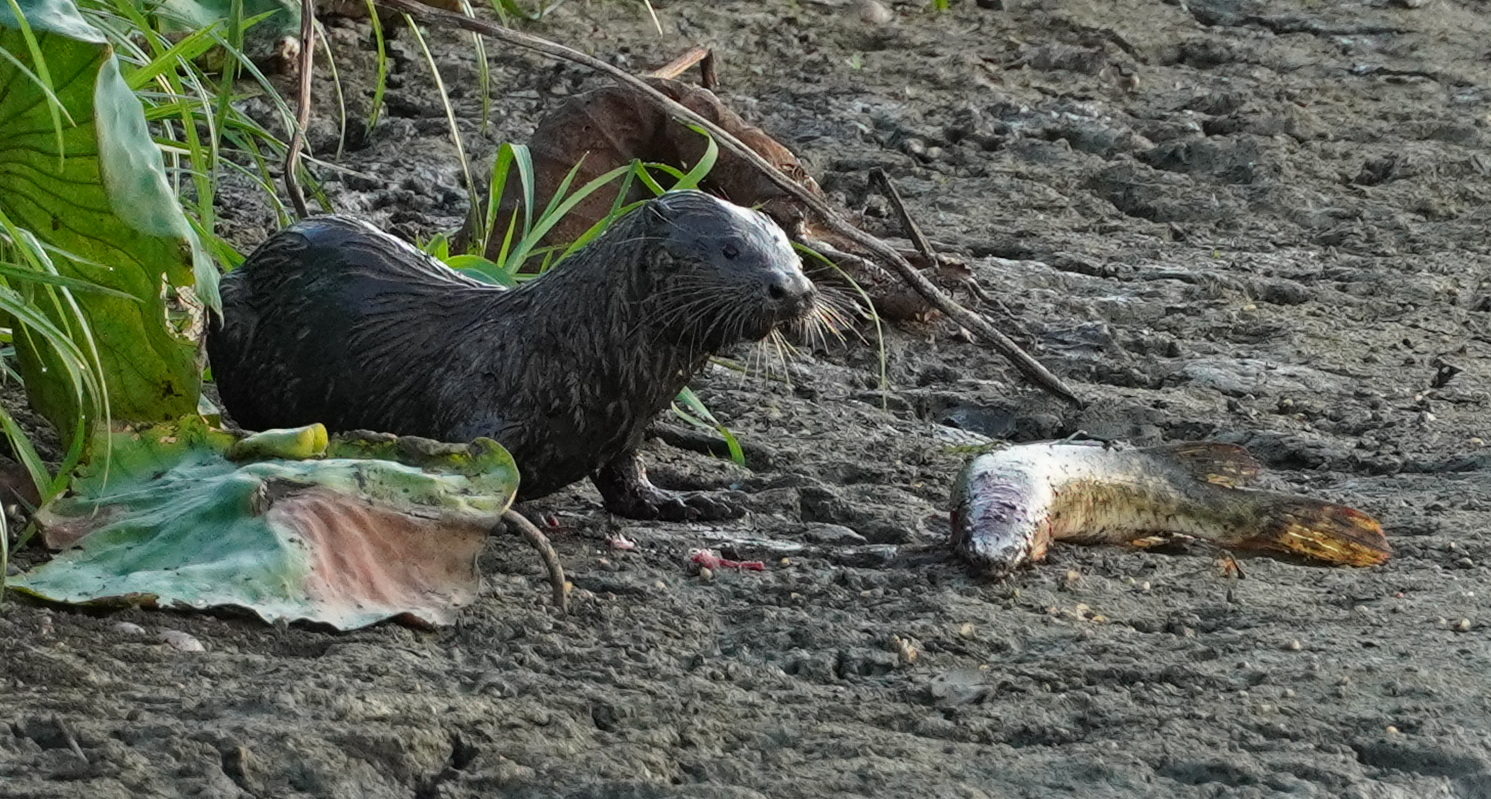 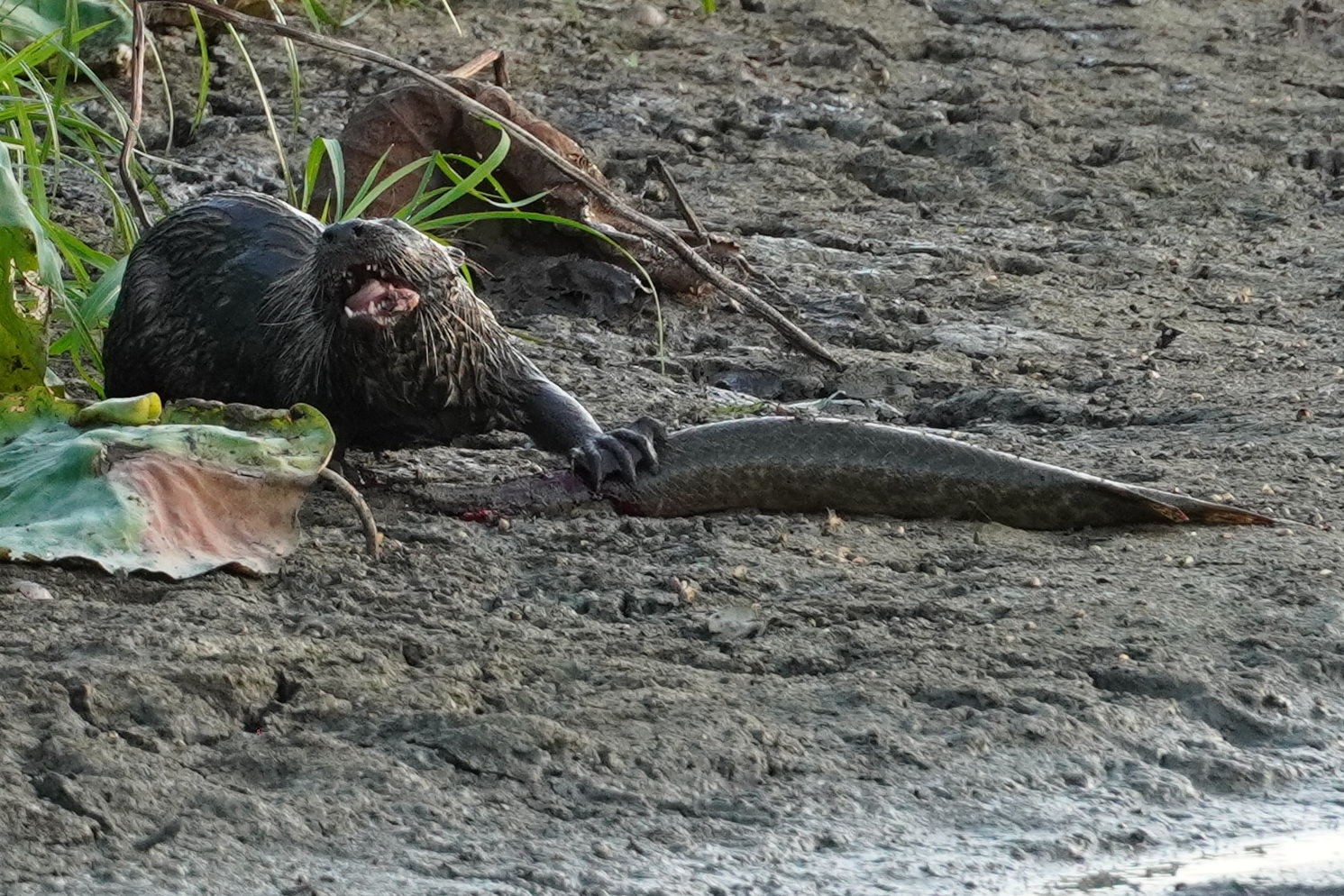 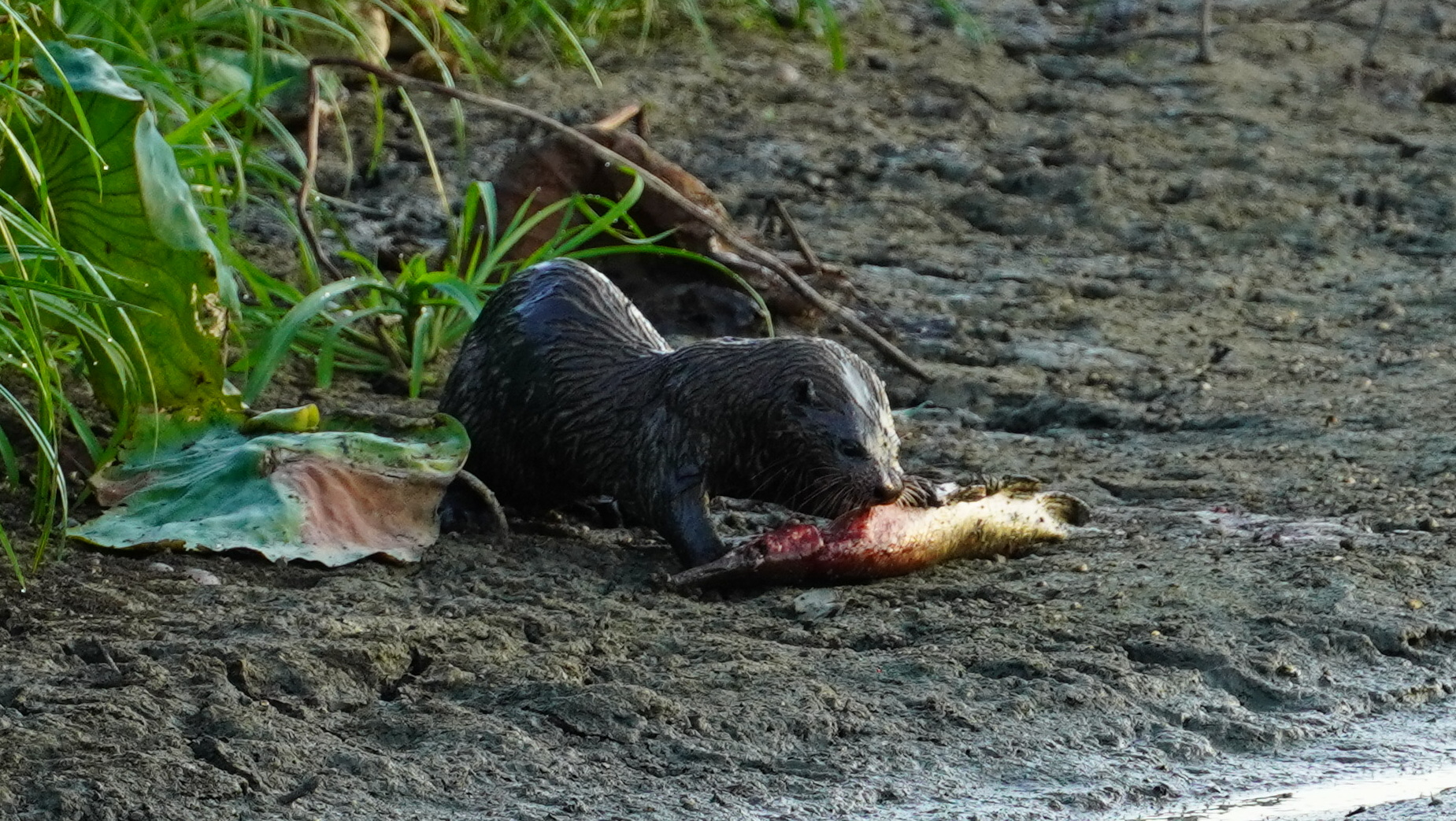 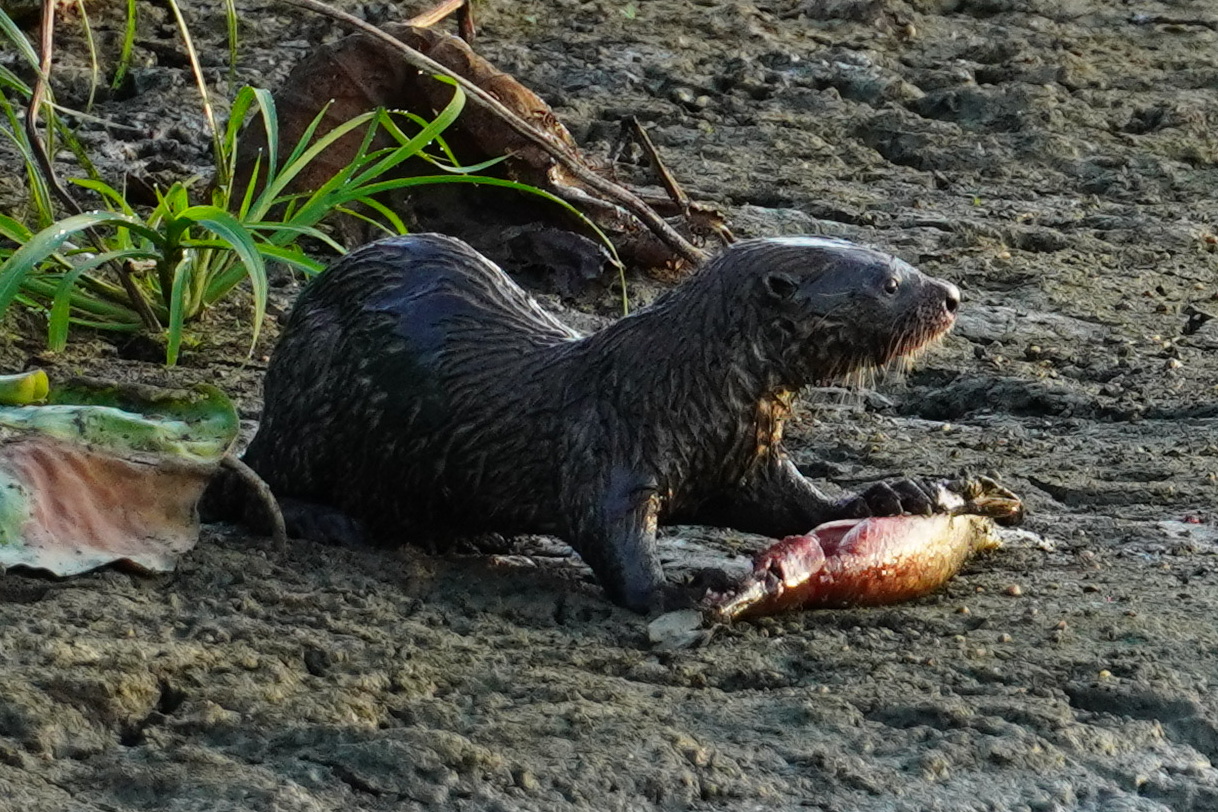