As I reported during this duck season, Honey showed up in Botany Pond at the beginning of the spring (March), but then flew off somewhere else for the breeding season.  I don’t know whether she had a brood or not, much less where she spent the summer.

But then in later July she came back to molt in the safety of Botany Pond, for which I was touched and grateful. Here she is molting: you can see that she has no primary wing feathers: 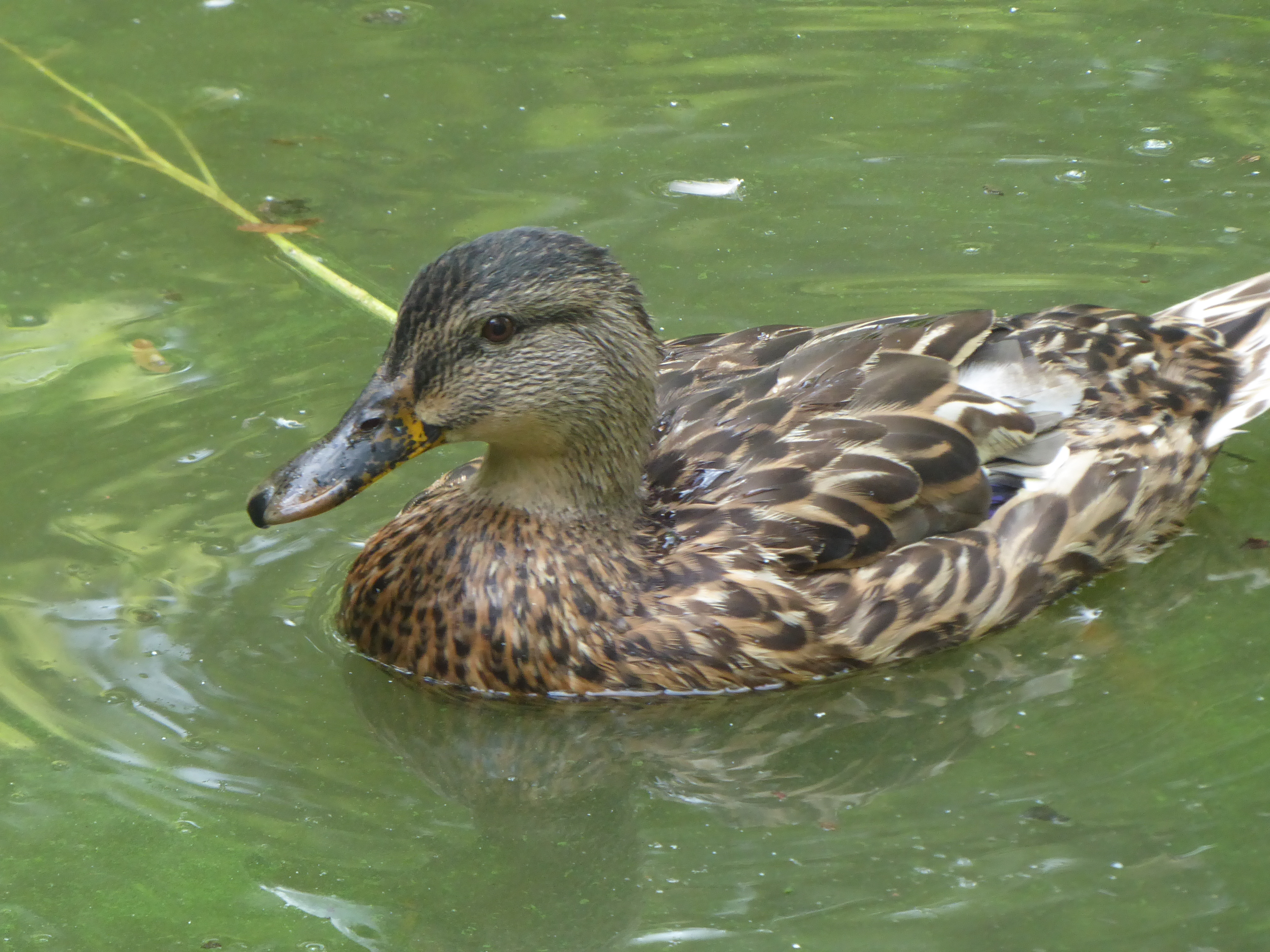 Below are two pictures of her taken in late July; I used these to positively ID her from her bill markings (the dark triangles at the corners of her bill, as well as the other markings, are diagnostic of Honey): 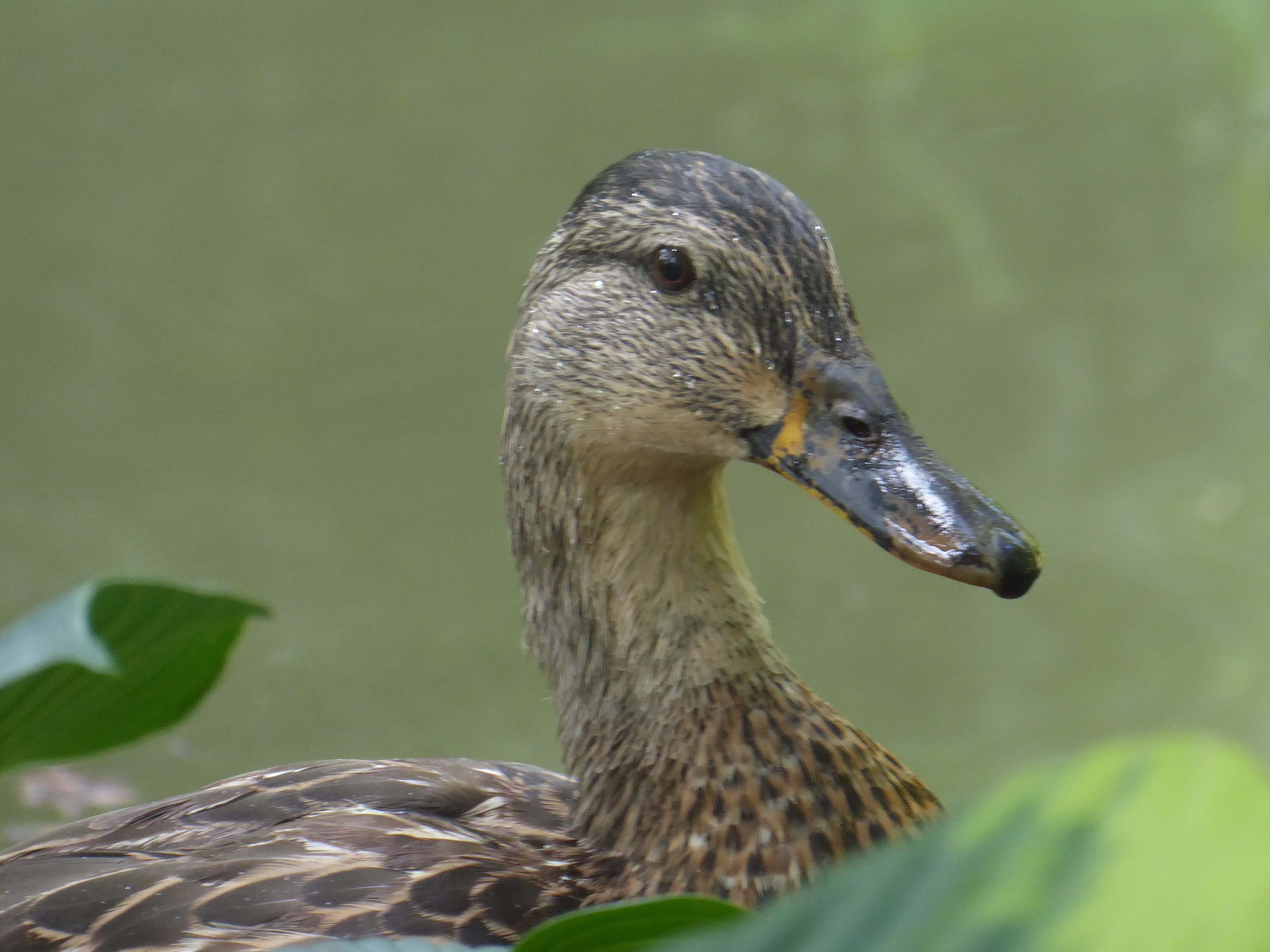 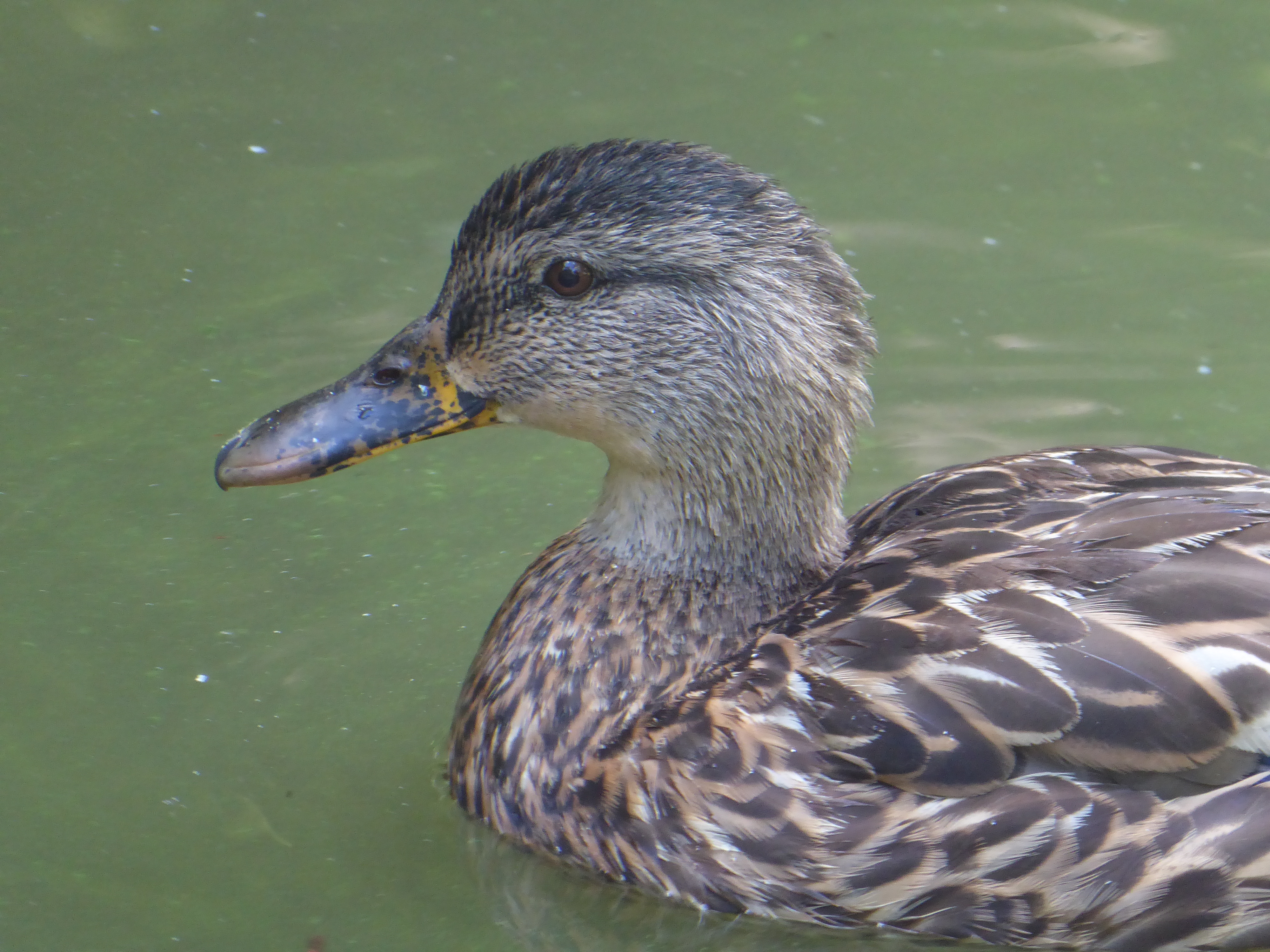 But in the last two weeks or so I noticed that Honey is looking OLD.  Well, she’s at least six, and probably at least seven since I first met her six years ago when she was in the pond with four ducklings. The lifespan of a mallard is about 5-10 years in the wild, but can be up to 15 years in captivity—and I regard her as in “partial captivity” since she’s in a safe pond and is well fed.

Regardless, to me it looked as if her eye were not as bright and the feathers were mussed on her head. I was (and am) worried that she’s at the end of her lifespan, and (if they dredge the pond this year, giving us a duckless year in 2023), I might never see her again.  Here’s what she looked like yesterday. 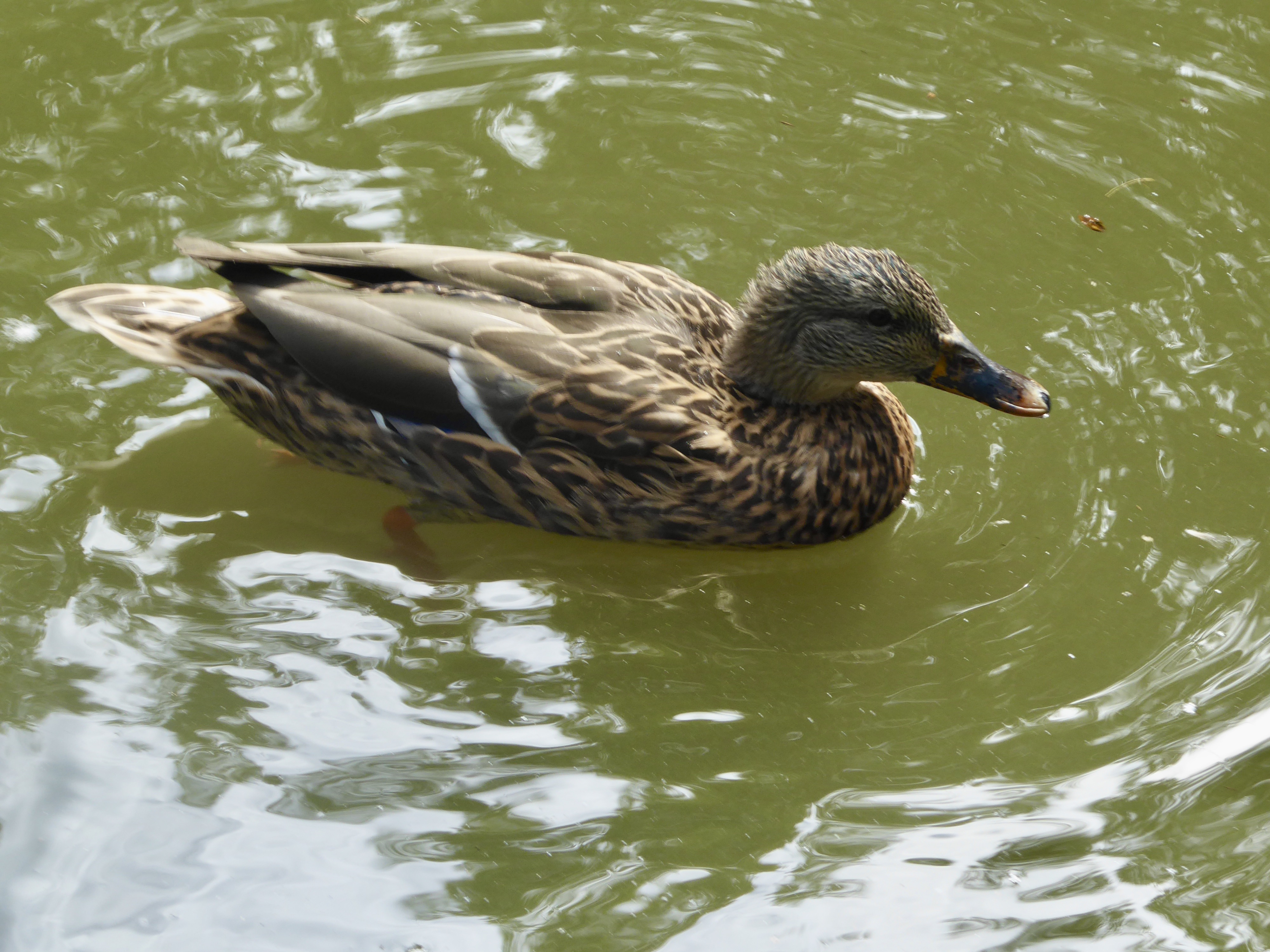 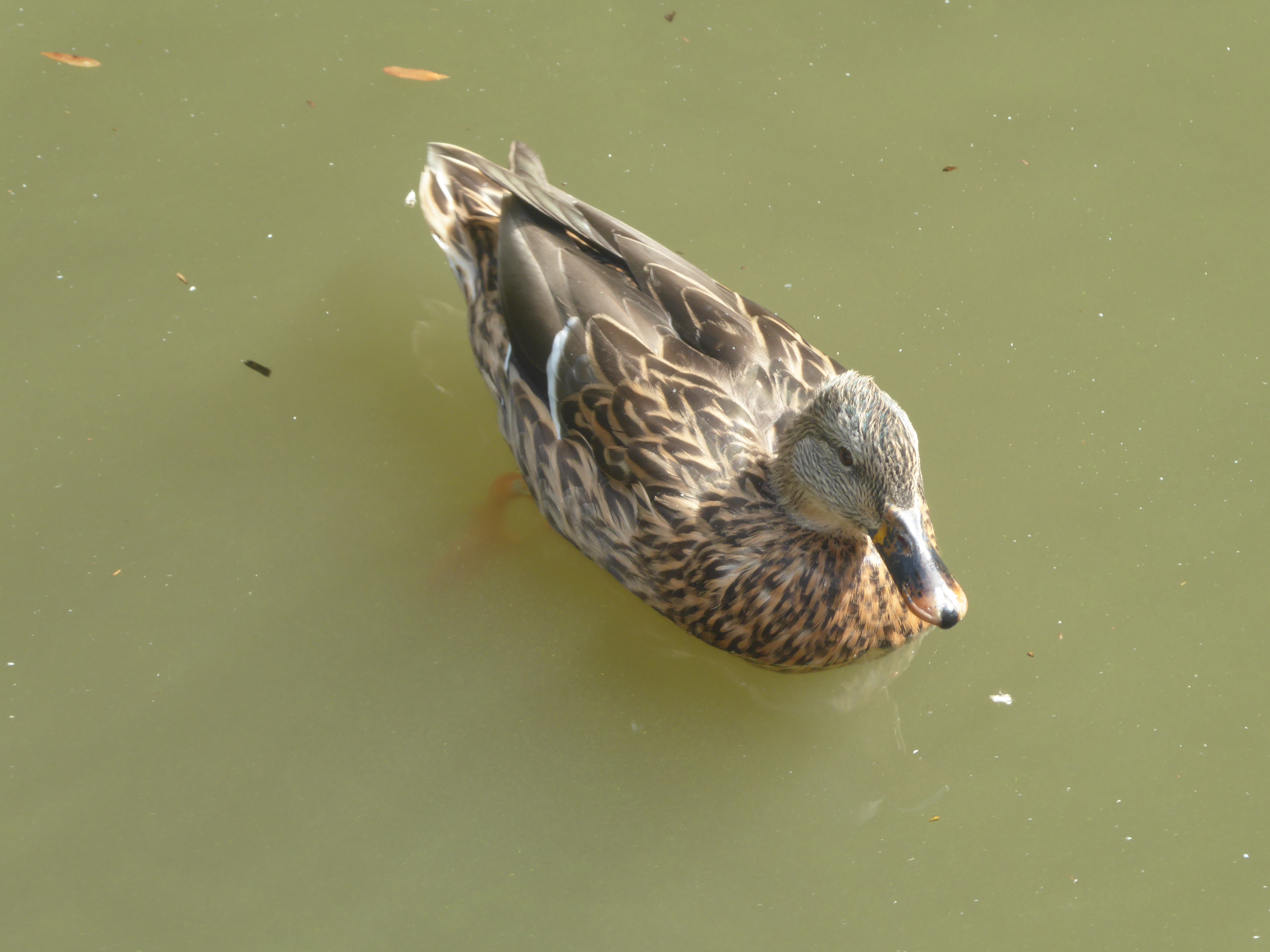 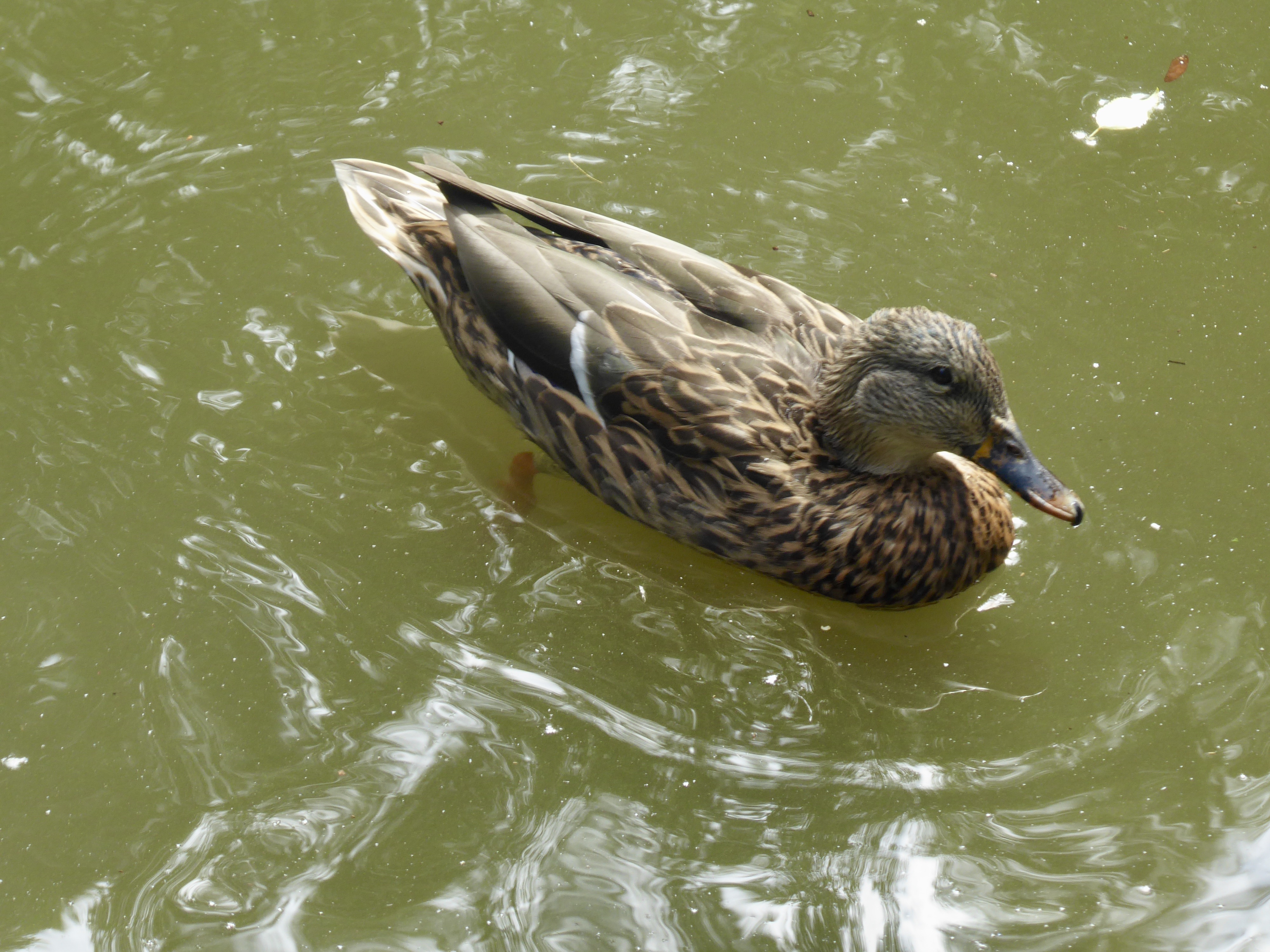 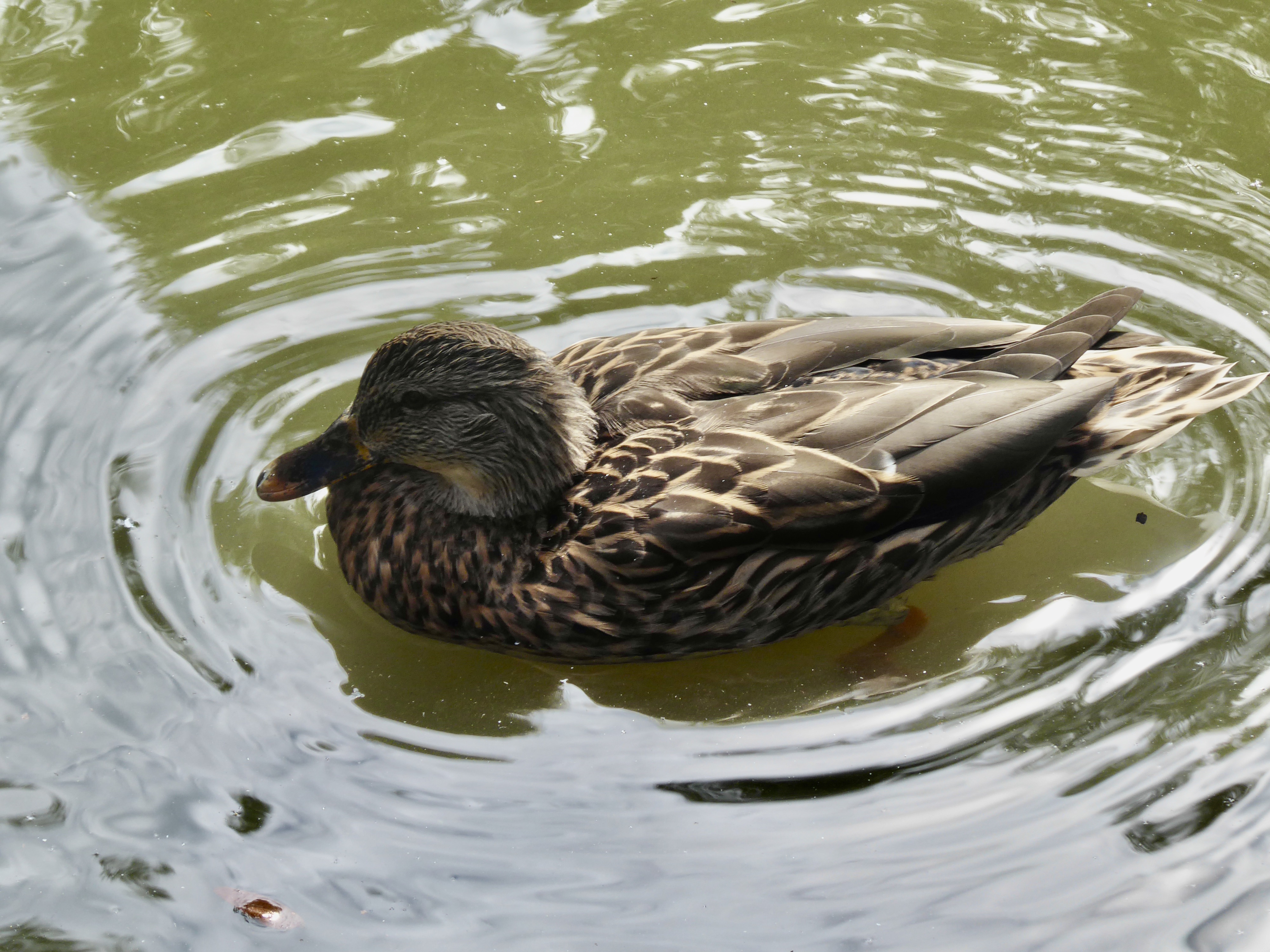 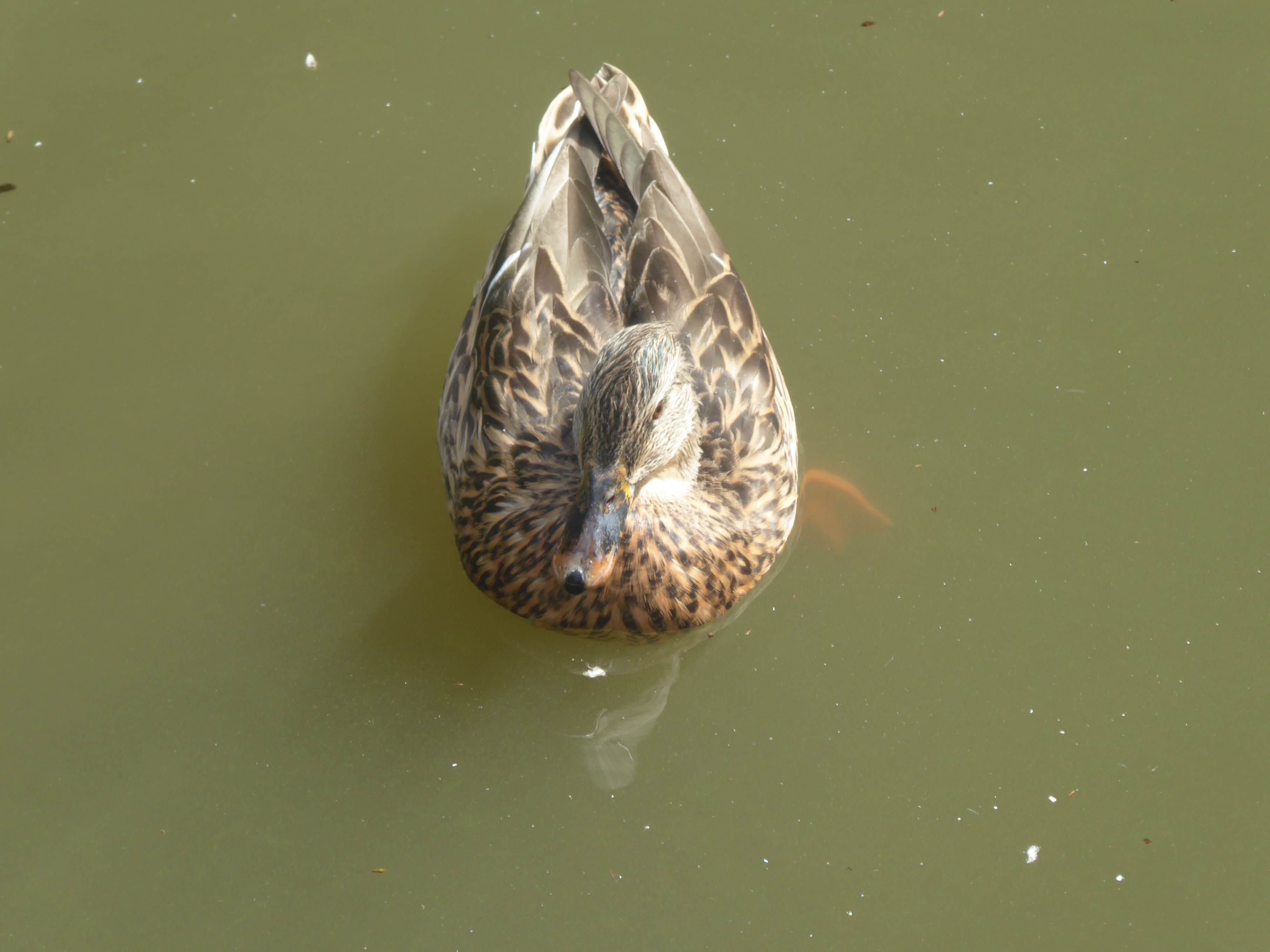 Concerned, I showed these photos to a duck expert, who told me that although her head isn’t groomed and oiled (and that worries me, too, but didn’t worry the Expert), she looks otherwise healthy, with good feathers and bright eyes. She’s also as obstreperous as ever, chasing the other hens away from the food and eating well herself. She also grooms herself, but what’s with the punk hairdo?

But every time I feed her, I wonder if this will be the last time I see her before she flies away for the fall. Given the pond renovation, it may be two years before I even have a chance to see her again.

For old times’ sake, here’s a photo from two years ago: it’s Honey with her 17 ducklngs after she kidnapped Dorothy’s entire brood and had to tend two broods. (Dorothy re-nested and brought up a second brood of seven).

And every single one of the 17 fledged and left the pond. She is the World’s Best Duck Mother, and surely America’s most famous mallard. 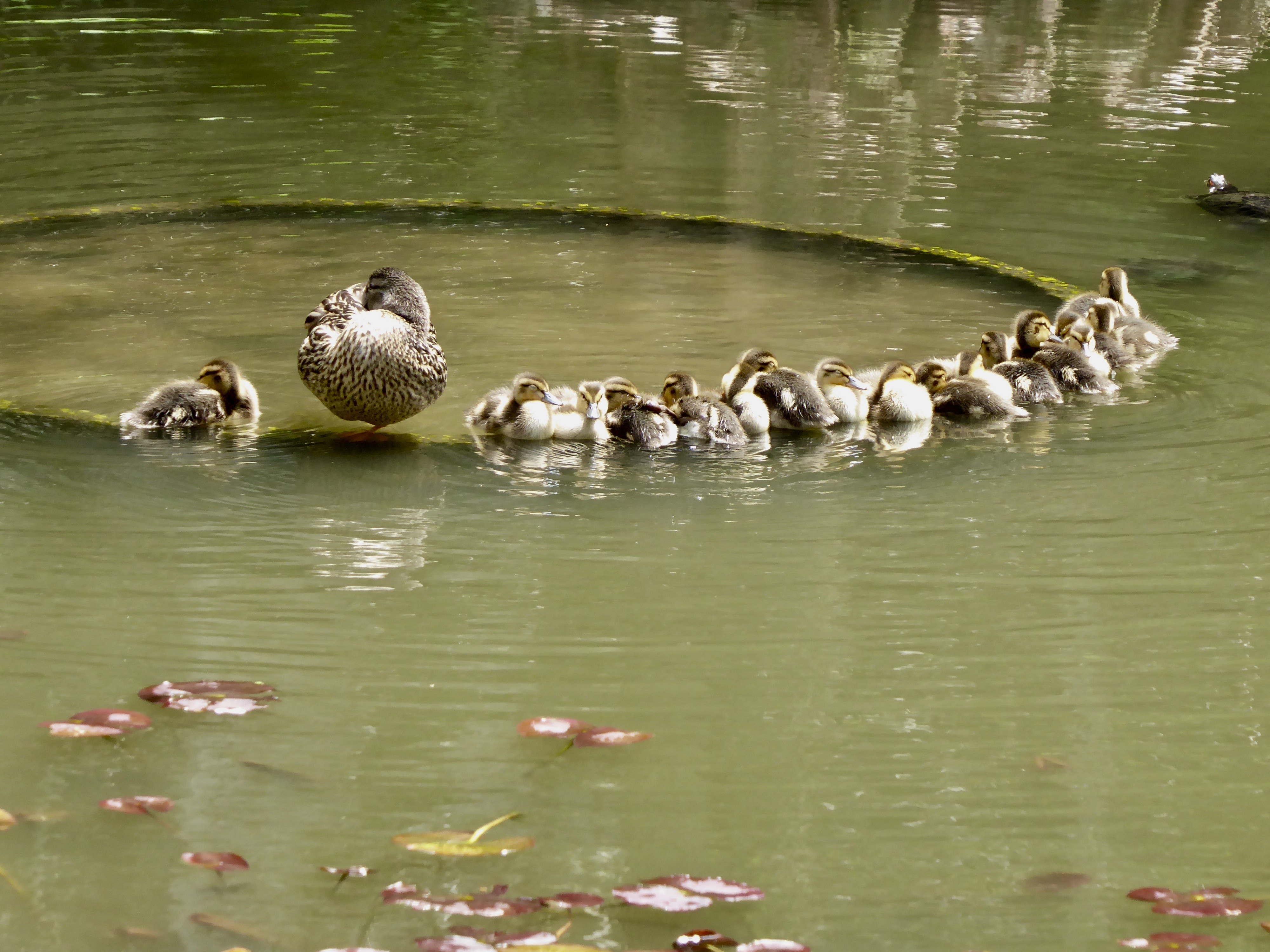 6 thoughts on “Honey is a Senior Duck”