About a month after this website started, on February 15, 2009, Malgorzata apparently wrote me asking permission to translate my New Republic piece on the unresolvable conflict between science and religion: “Seeing and believing: The never-ending attempt to reconcile science and religion, and why it is doomed to fail.” This paper was the genesis (so to speak) of my later book Faith Versus Fact, and is still online. (Inquire if you want a pdf.)

Scanning the internet from Dobrzyn, Malgorzata had found the article, which is pretty long, and asked to translate it.  Apparently I missed or overlooked the letter, but according to Malgorzata I never responded.  Knowing of my love of cats, she then sent me the email below. Pia was the cat Malgorzata and Andrzej had before Hili. She was tiny but even more obstreperous than Hili.

I always wanted to see that letter again, but it had apparently disappeared when Malgorzata got a new email account. But then I got this email today:

During the night I had an epiphany. Of course, I couldn’t find Pia’s letter to you from my current email address! It was send from my old one. So I went there and here is Pia’s letter. I also have my first letter to you (which you ignored).

I don’t have the letter that I “ignored” (I never ignore such requests and I don’t know what happened), but here is the letter from Pia, which included a photo of her.

“I am writing to add a picture of myself to your collection of other inferior cat pictures. In this view of myself I am relaxing on a rail in a house I share with some human servants. One of my people is a translator from English to Polish (when she is not attending to my needs) and would very much like to translate your article “Seeing and Believing”, but I’ve heard her say that she hasn’t had an answer to her request for permission to translate it (although Richard Dawkins and Stephen Pinker and various others are always giving her permission to translate their work and put it on the Polish website www.racjonalista.pl). I think it bothers her. Yesterday I had to remind her to do the thing with the can opener. I hope you will give her whatever permission it is, because I always like my staff to be happy. (It results in more fish for me. In no time it becomes inner fish.)”

Pia is no longer with us, but in those days we had “Pia Dialogues” instead of “Hili Dialogues”.  She had beautiful yellow eyes: 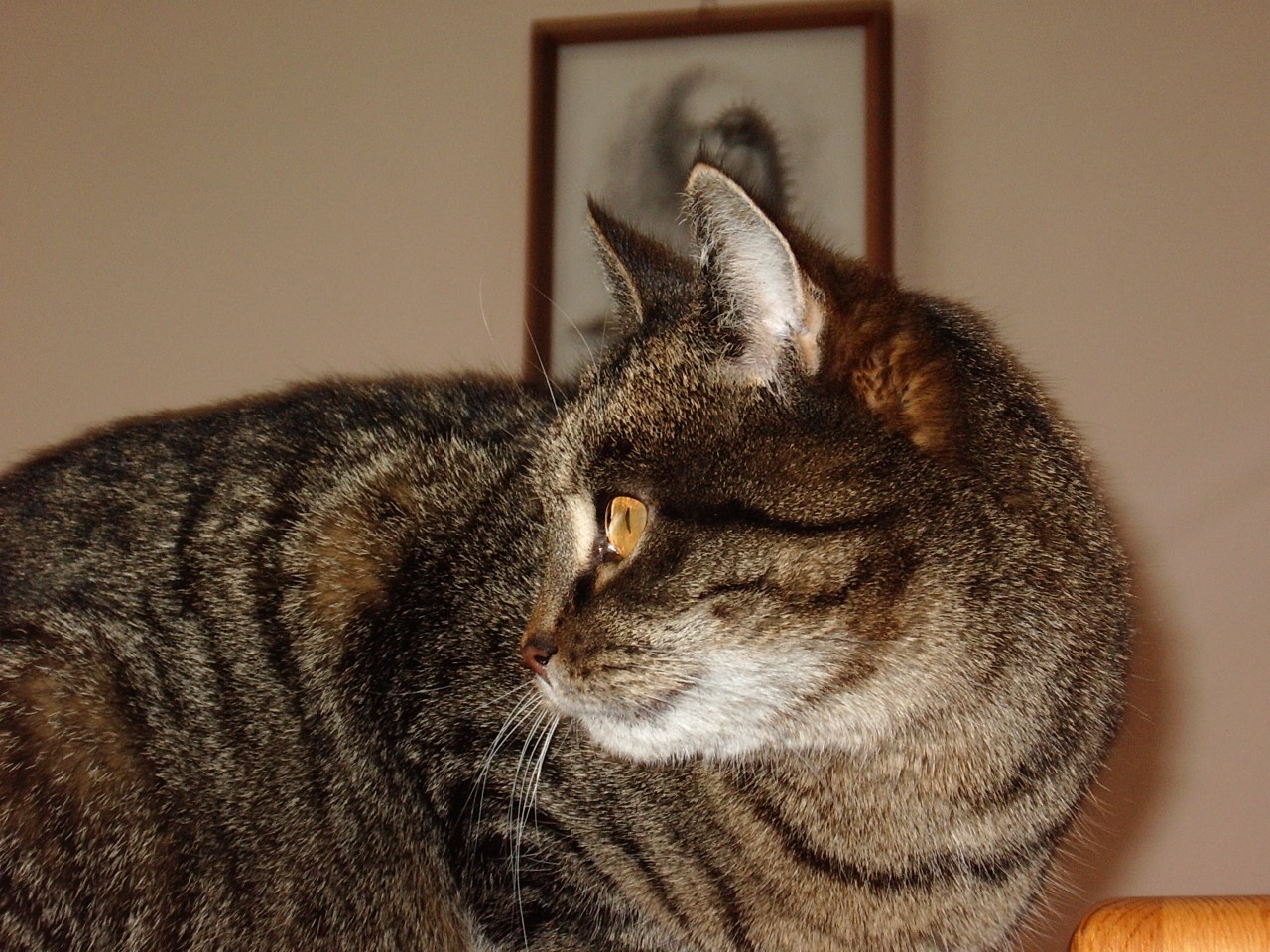 Lo and behold, I found that post, which I put up the same day. And of course I gave them permission to translate after I cleared the rights with the magazine.

8 thoughts on “A letter from Pia, Hili’s predecessor”