I have about five days worth of photos left, so please send yours in.

Today we have contributions from several readers. Leading off is Bryan Lepore, whose captions are indented. Click the photos to enlarge them:

Dear PCC(E) – here’s a photo of a gray treefrog (Dryophytes versicolor) in my area. I like the anthropomorphically pleasurable facial expression. These little guys use the gutters as resonating chambers to sound their mating calls. This one is near the gutter, but is hiding well with coloration (second photo). 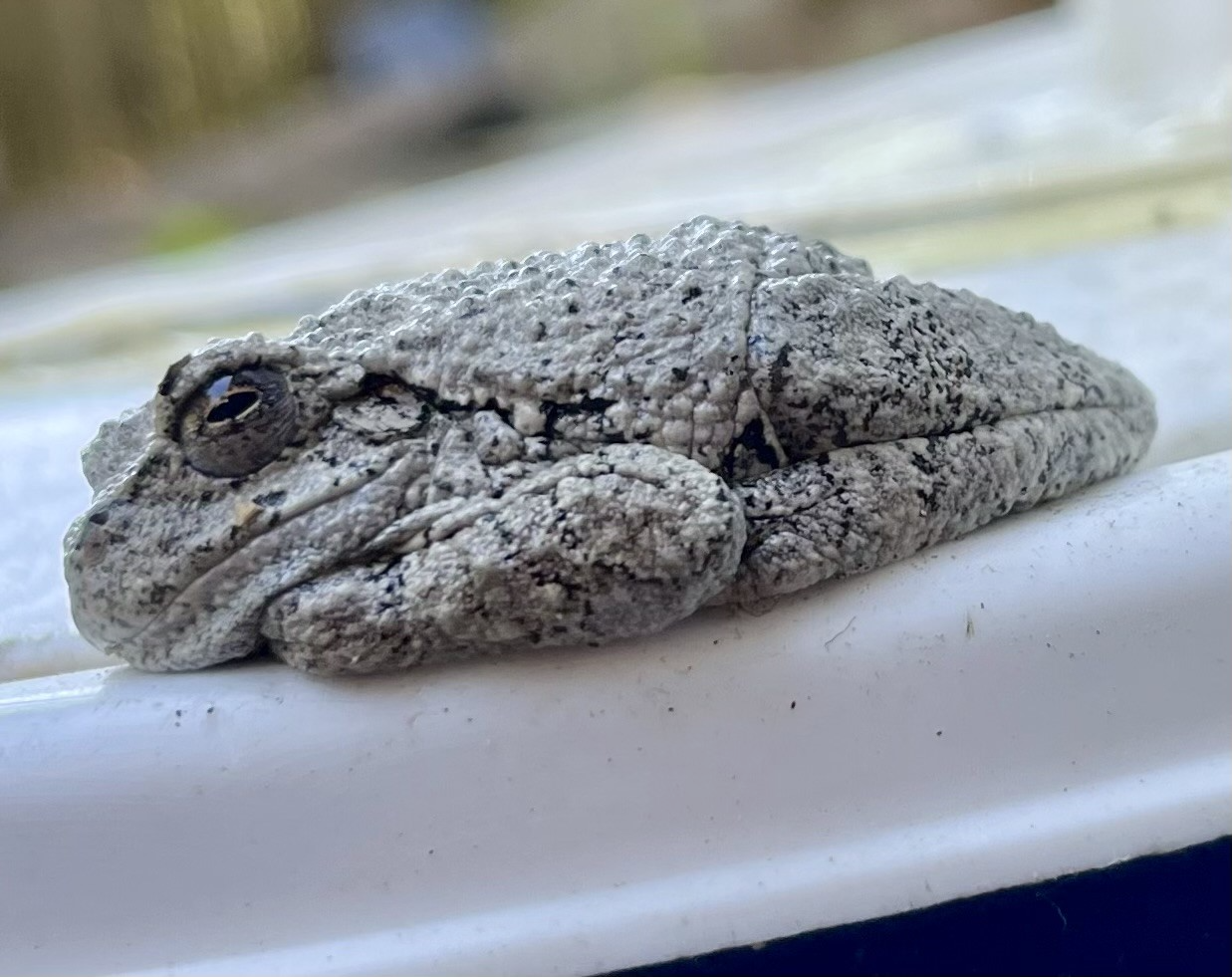 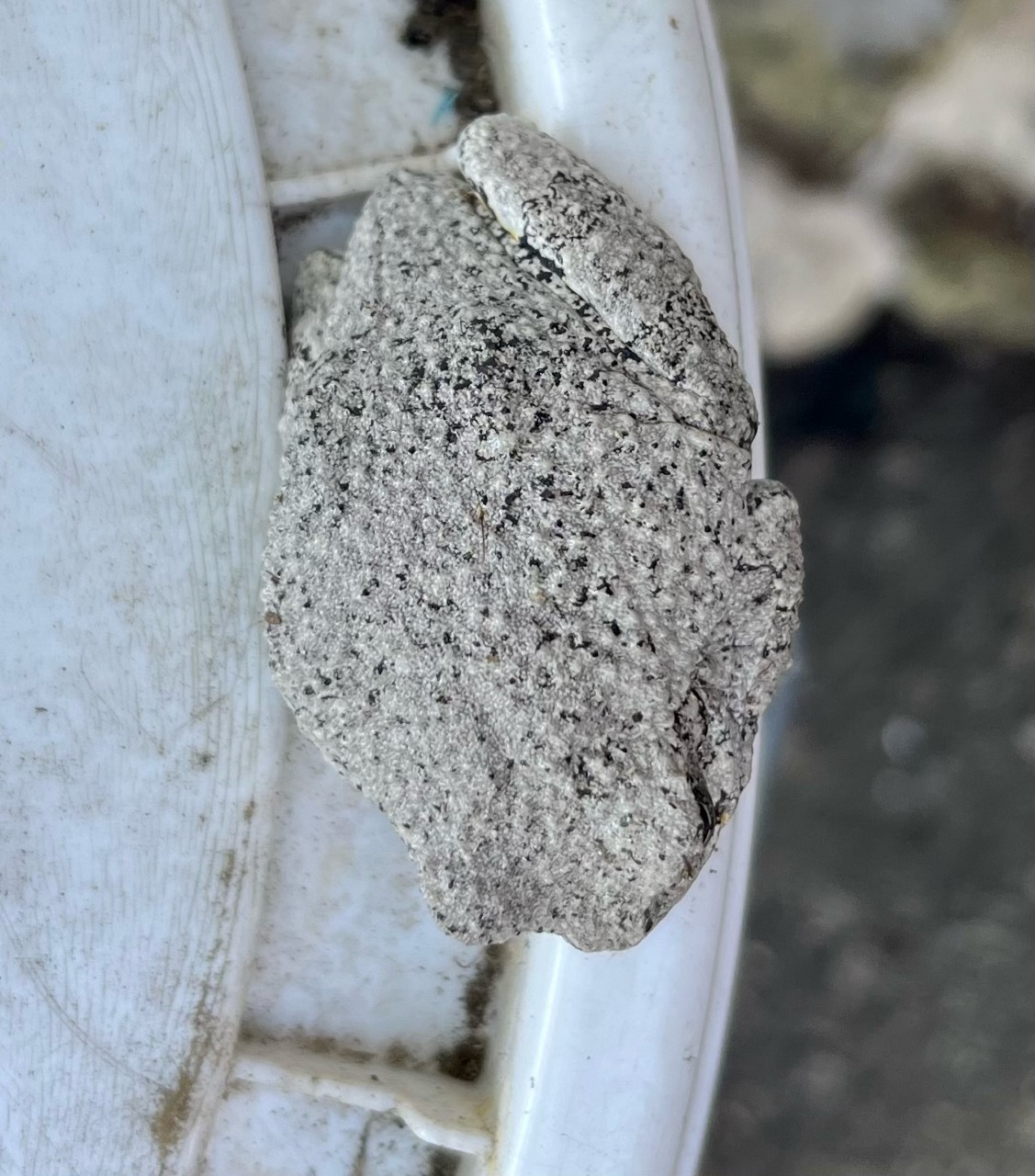 Found a feathered dinosaur eating my fish and frogs, early this morning. At least he (or she) stands in the shallows and takes the little ones. I noticed on getting up that the bullfrogs were silent this morning, and I wonder if they have the sense to keep quiet when such a monster is looking for breakfast? 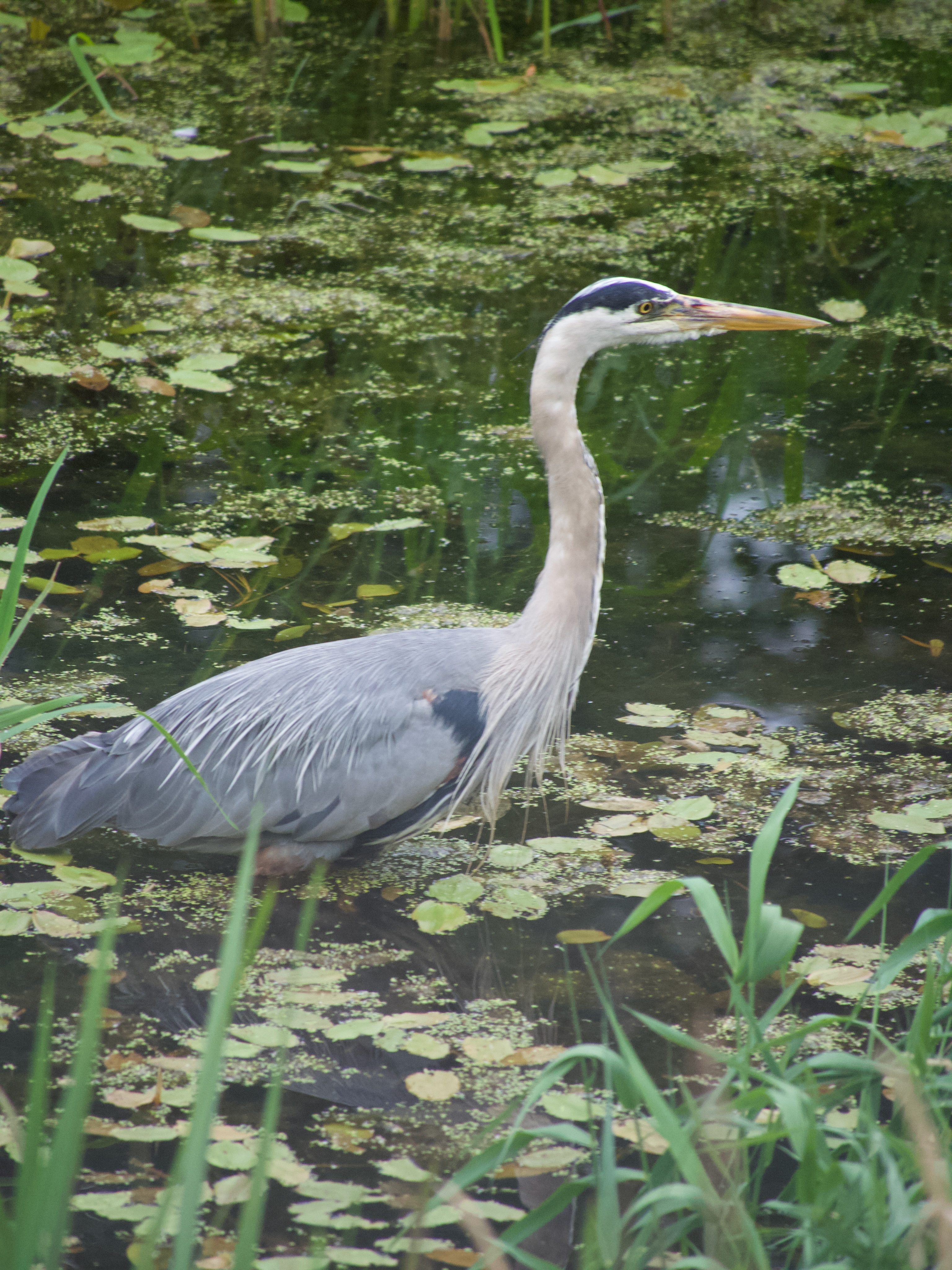 That bulge in his neck is one of my fish! 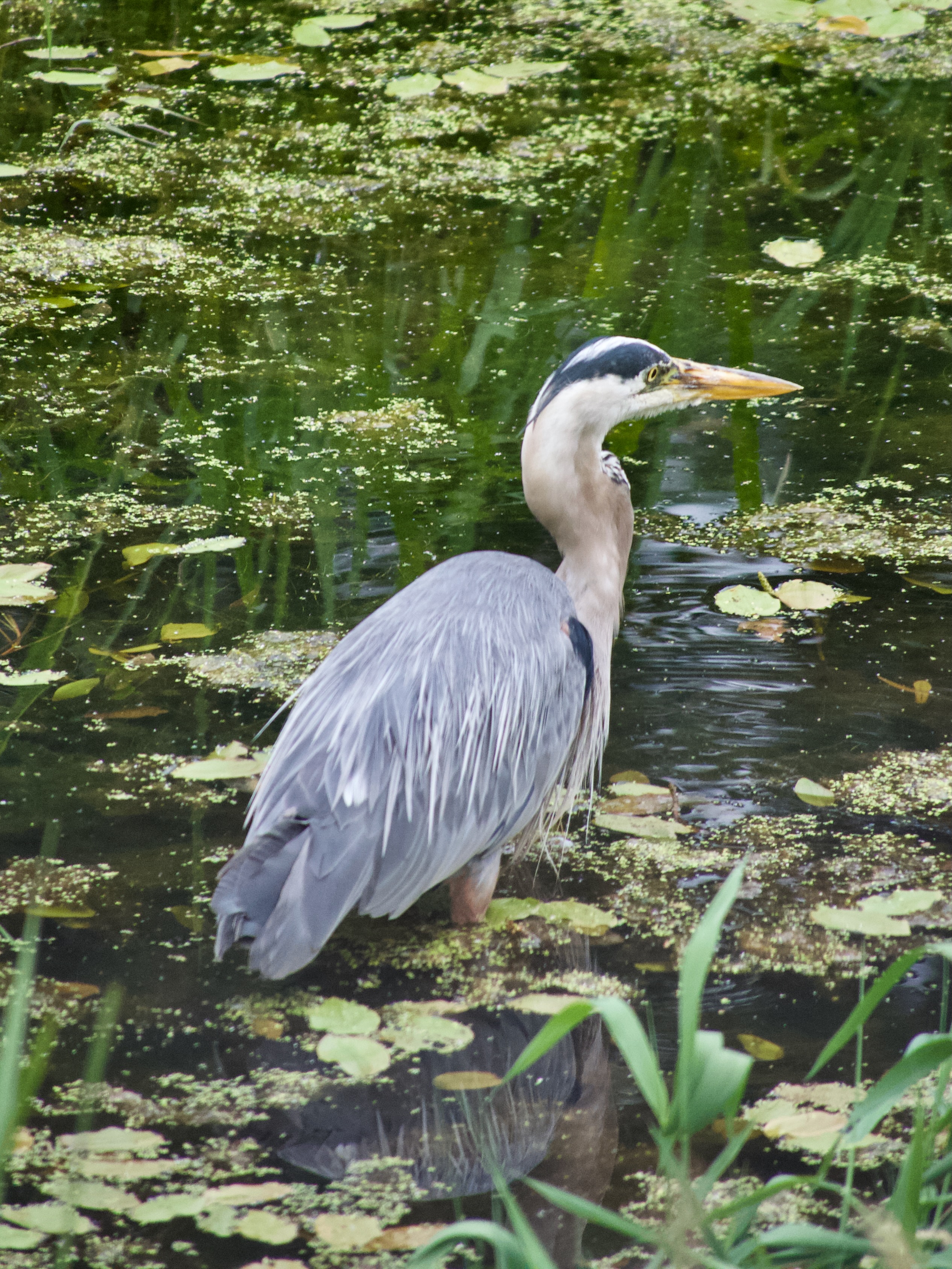 I found this one from Christopher sent last year during our email conversation about this fine dessert, and I couldn’t resist adding it. Maybe we should introduce food posts from readers? I LOVE rice pudding!

Today I decided to make a rice pudding to illustrate the process. I used one Japanese cup of long grain rice, and one of sticky rice, well-rinsed beforehand (the Japanese cup measure that comes with the Zojirushi cookers is about ½ a US cup measure). I didn’t have any short grain rice in the house, and since I’m not allowed out , I decided to wing it. Filled the rice cooker to the 2 cup mark with home made soy milk (I had this and skim milk. Again, not allowed out – my ANC is zero this week! – so I improvised). Switched it on to the white rice program and set a timer for 30 minutes. At that point there is only a little milk left unabsorbed, so I take out the inner liner and put it on the stove to finish the job. I added a total of four TBSP white sugar, one pinch of ground nutmeg and about another cup (US) of soy milk, along with a can of evaporated milk as it simmered very slowly for about another twenty minutes.

Here it is just after going on the stove: 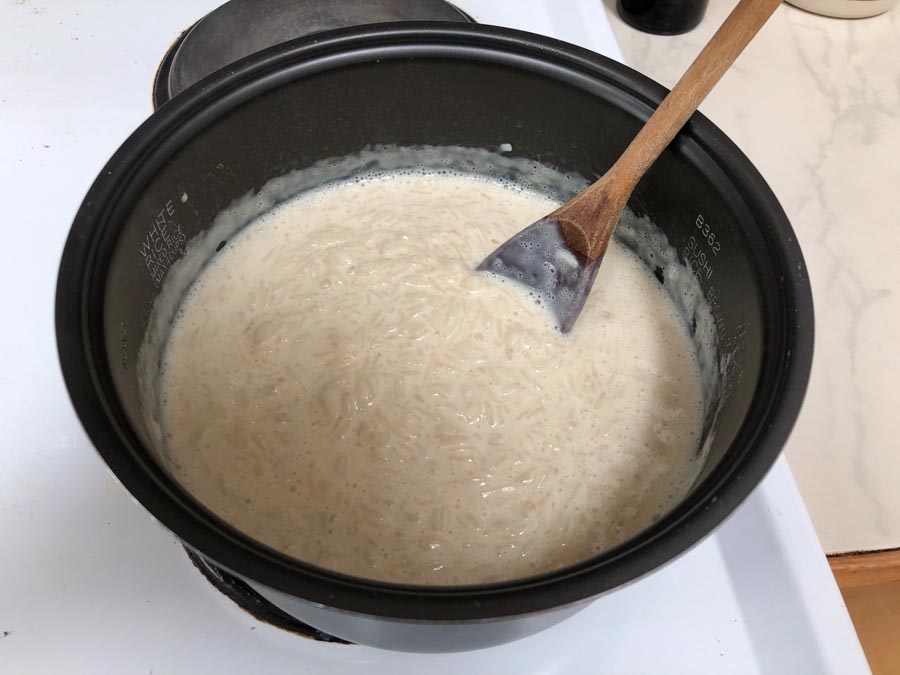 . . . ..and here after cooking. I shall keep it in this container in the fridge and it will be eaten over the next two or three days by three of us. The ludicrously clever Zojirushi is next to it. 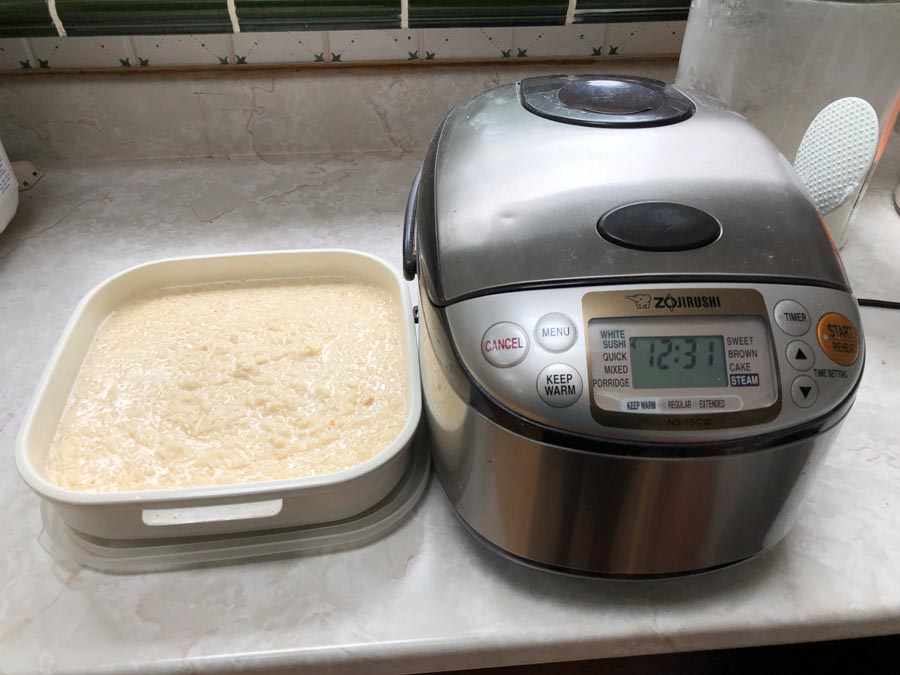 And northern cardinals (Cardinalis cardinalis), looking a bit shopworn, from Divy in Florida.

The cardinals are the most common and give us the best show. We’ve seem them in all stages, from courting to pairing up, and seeing the brood make their way to our feeders and to our mulberry trees to pick the ripe berries. 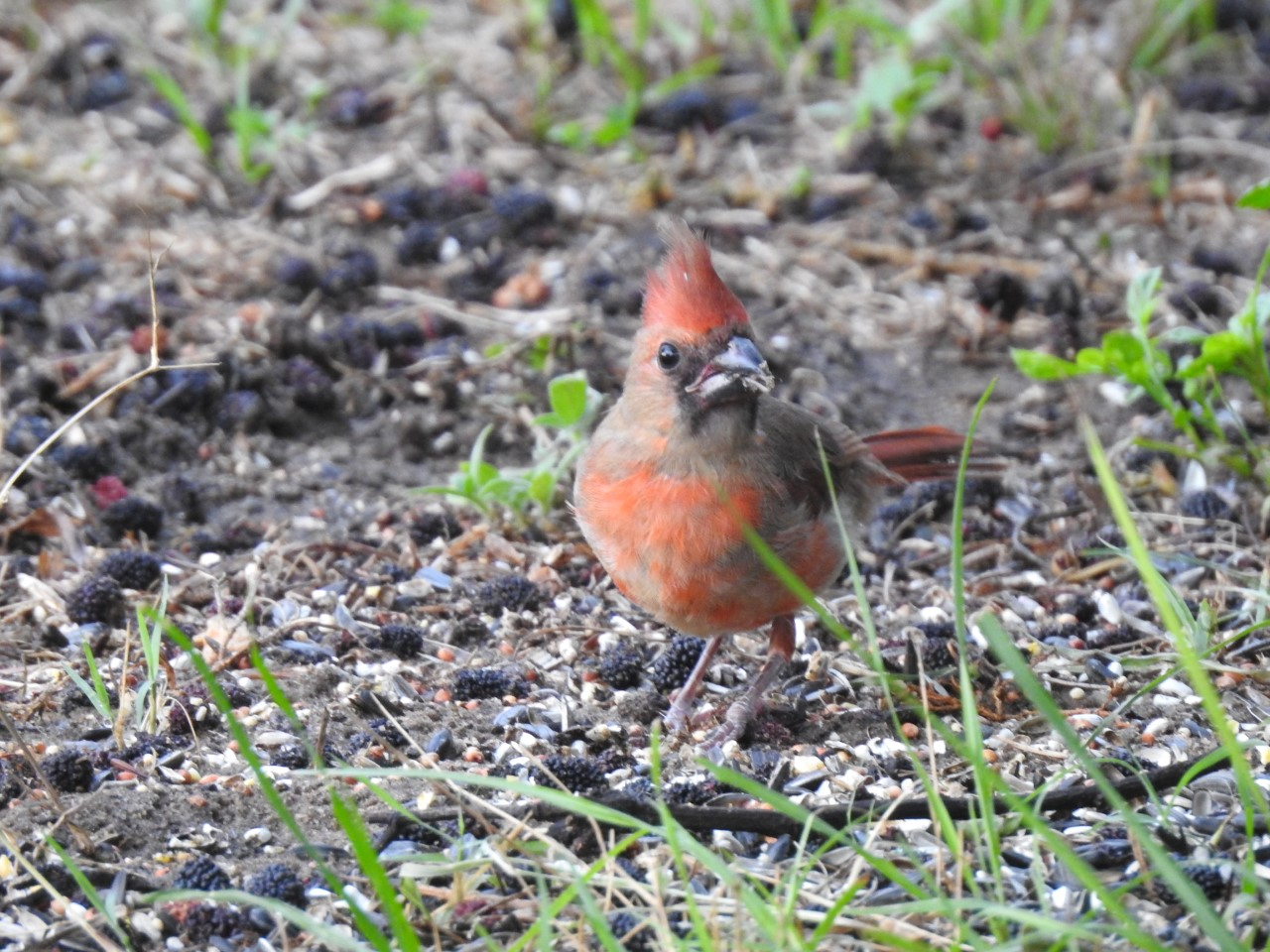 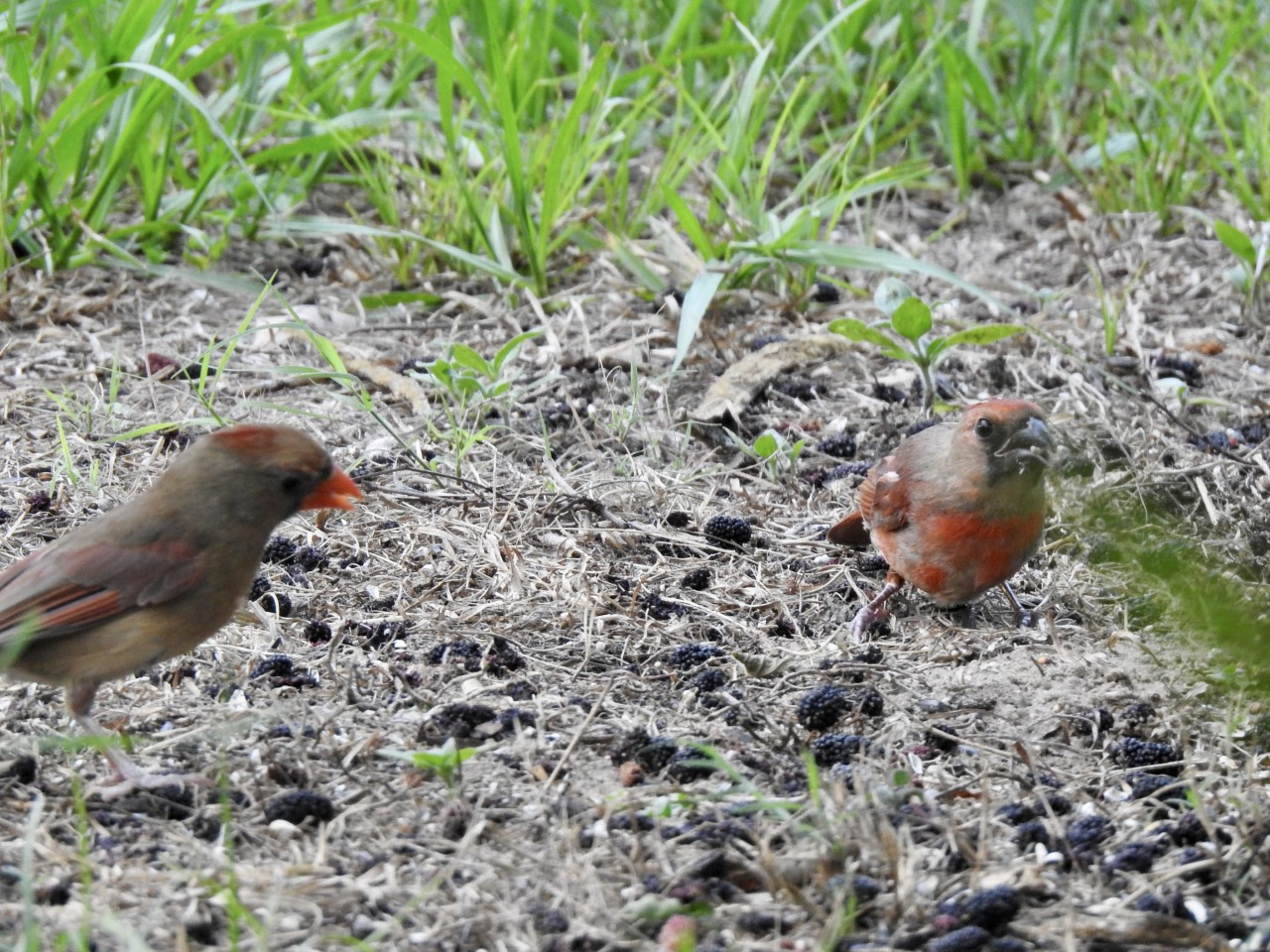 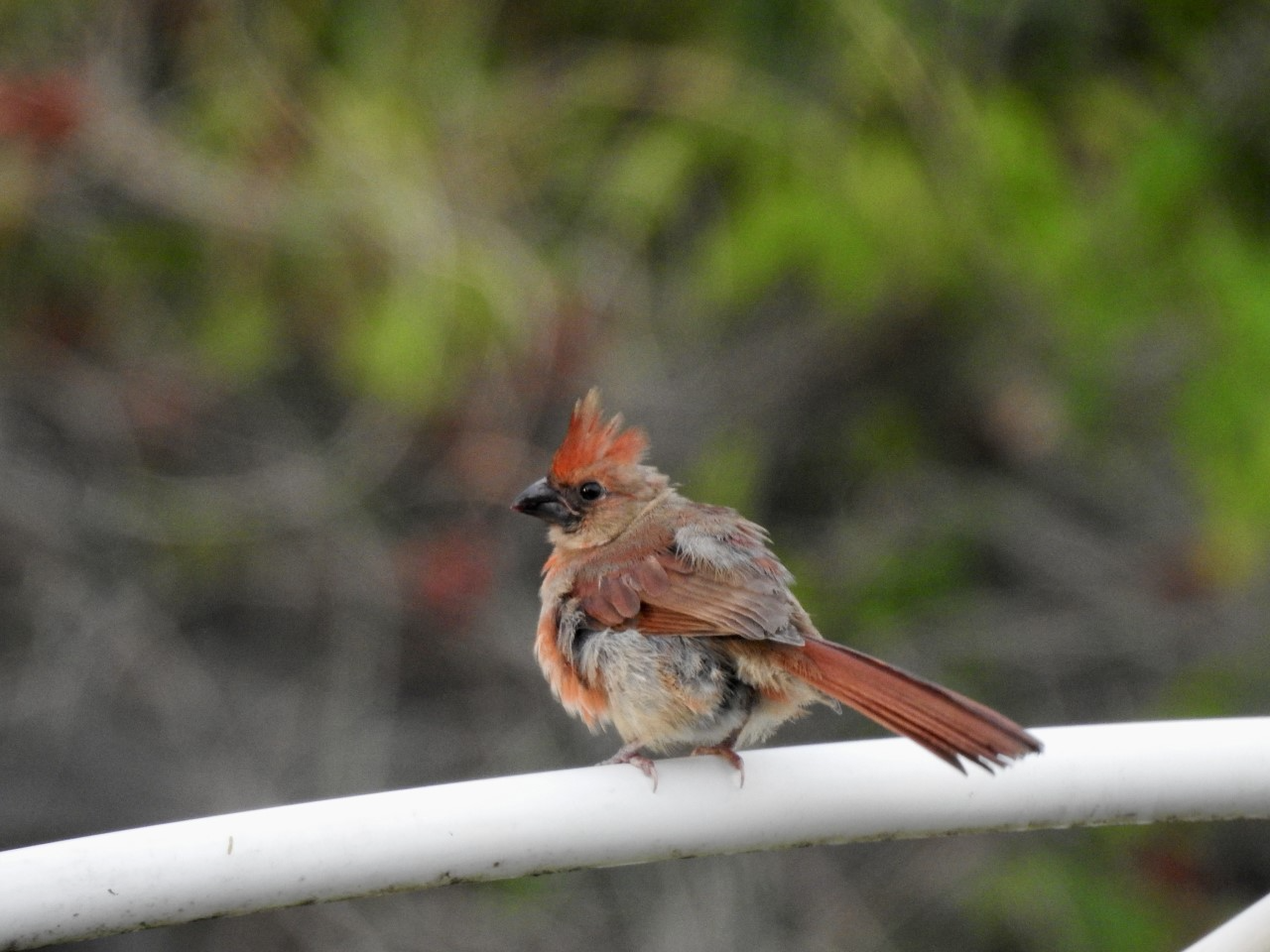 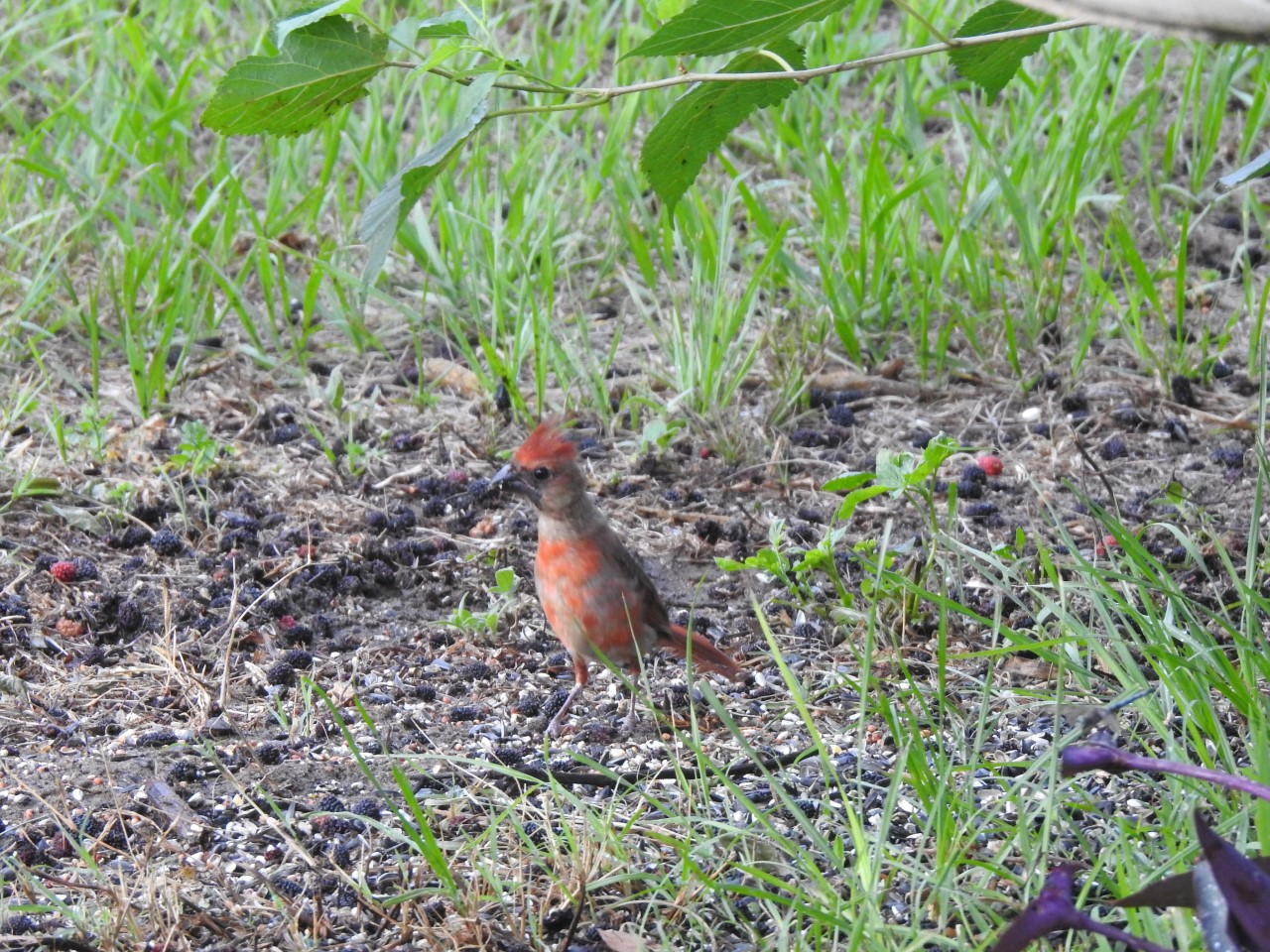