Today we have Mark Sturtevant’s photos of some carnage in spiders, leavened with orthopterans and a tree frog as lagniappe. The indented IDs and captions are Mark’s, and you can enlarge the photos by clicking on them.

I came across a pirate spider (Mimetus puritanus) in the yard. Pirate spiders are specialists in that they pretty much just eat other spiders. The first two pictures are focus stacks in a staged setting. 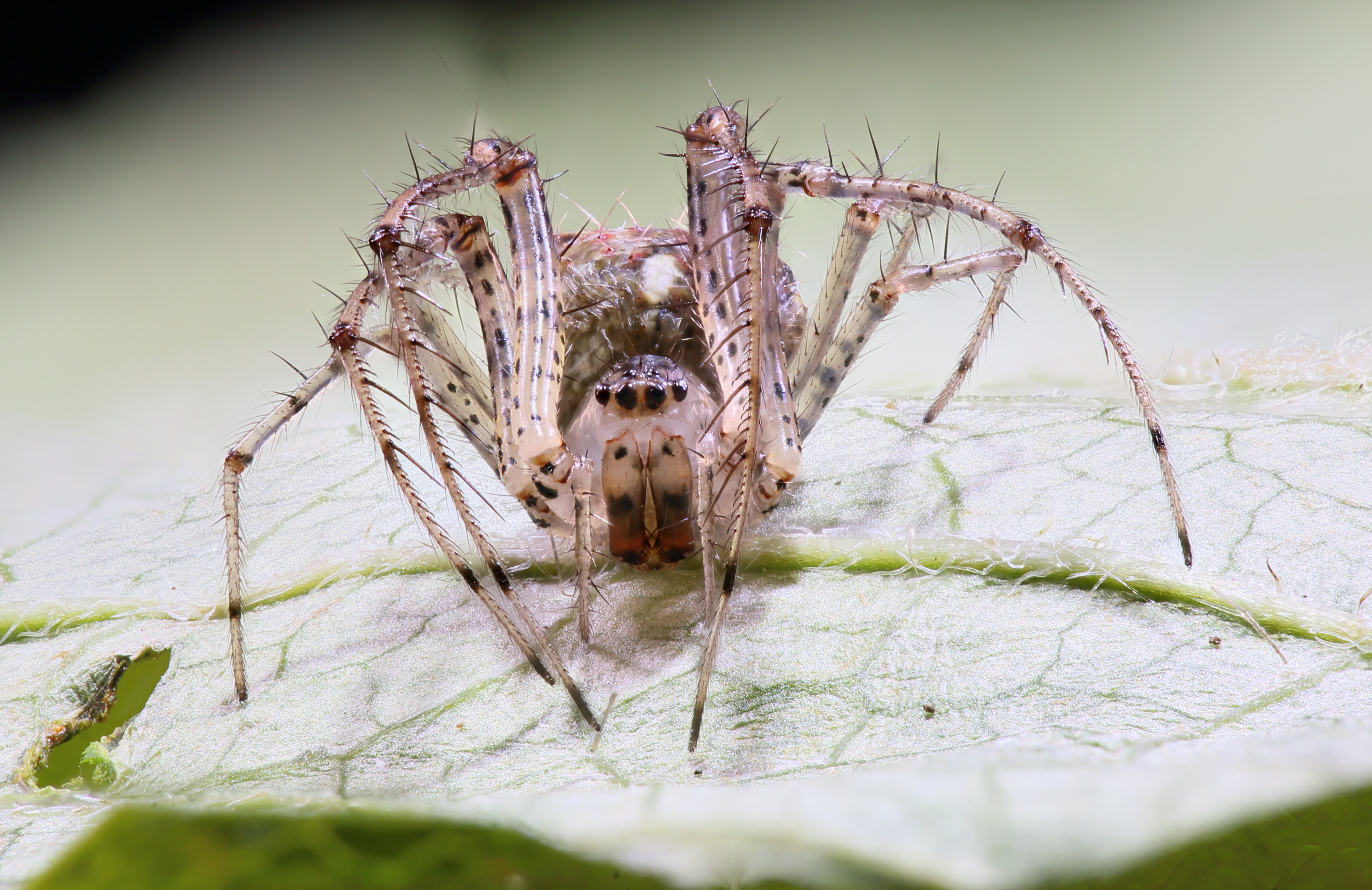 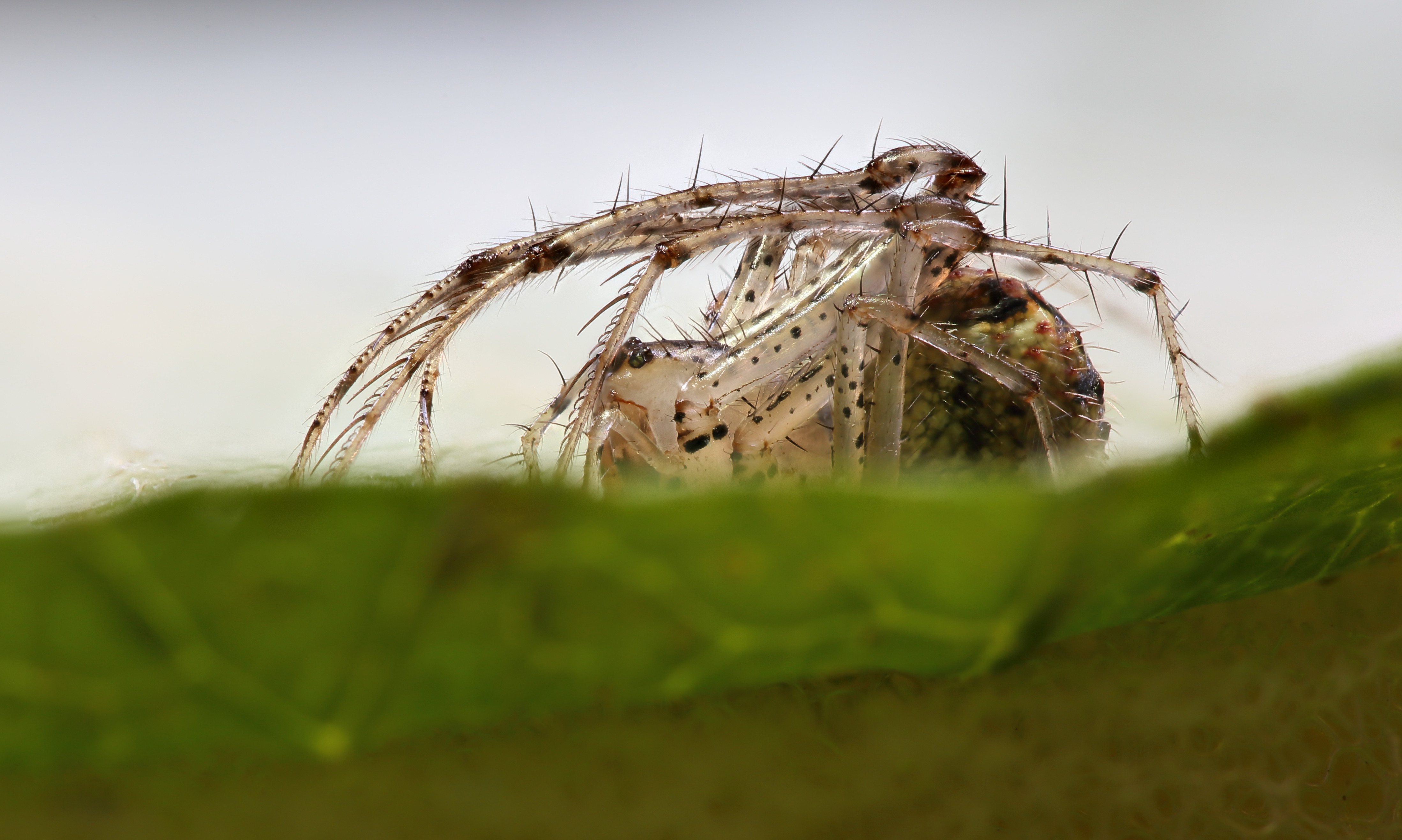 With some mixed feelings about it, I decided to try to photograph this spider while it was doing its thing. There were orb weavers (I think cross orb weavers, Araneus didematus) in the yard, so I got the camera and put the pirate spider near the web of one of the orb weavers. You can see Mimetus in this picture in the upper left. She froze the moment she contacted the orb weaver web. There was a definite impression that she was deciding on what to do next. 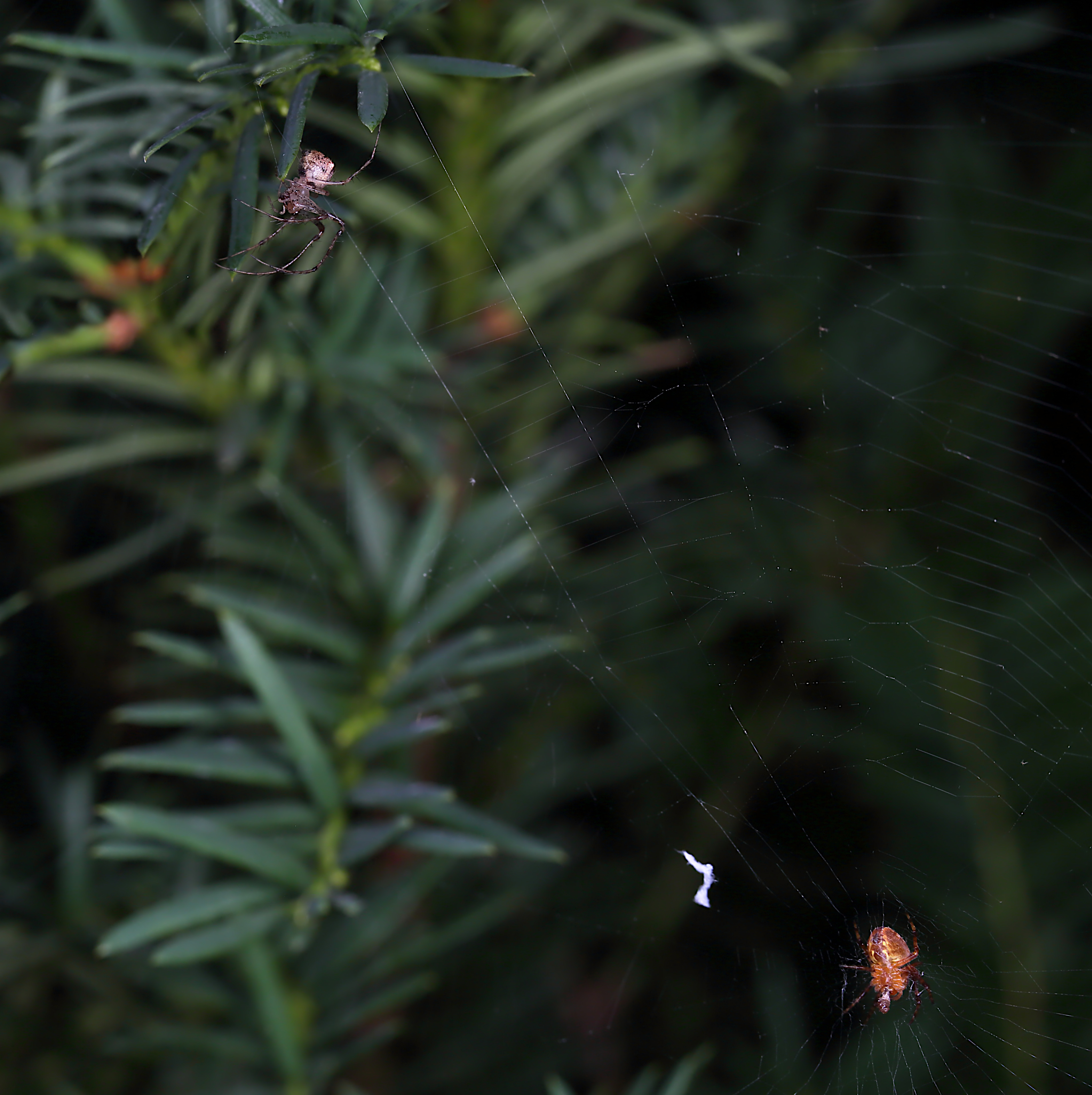 Unfortunately, I then discovered that the batteries for the flash were dying, so I ran off to replace them. Just a couple minutes, but it was already over when I returned (@$#%$$!!). I wanted to see what happened! 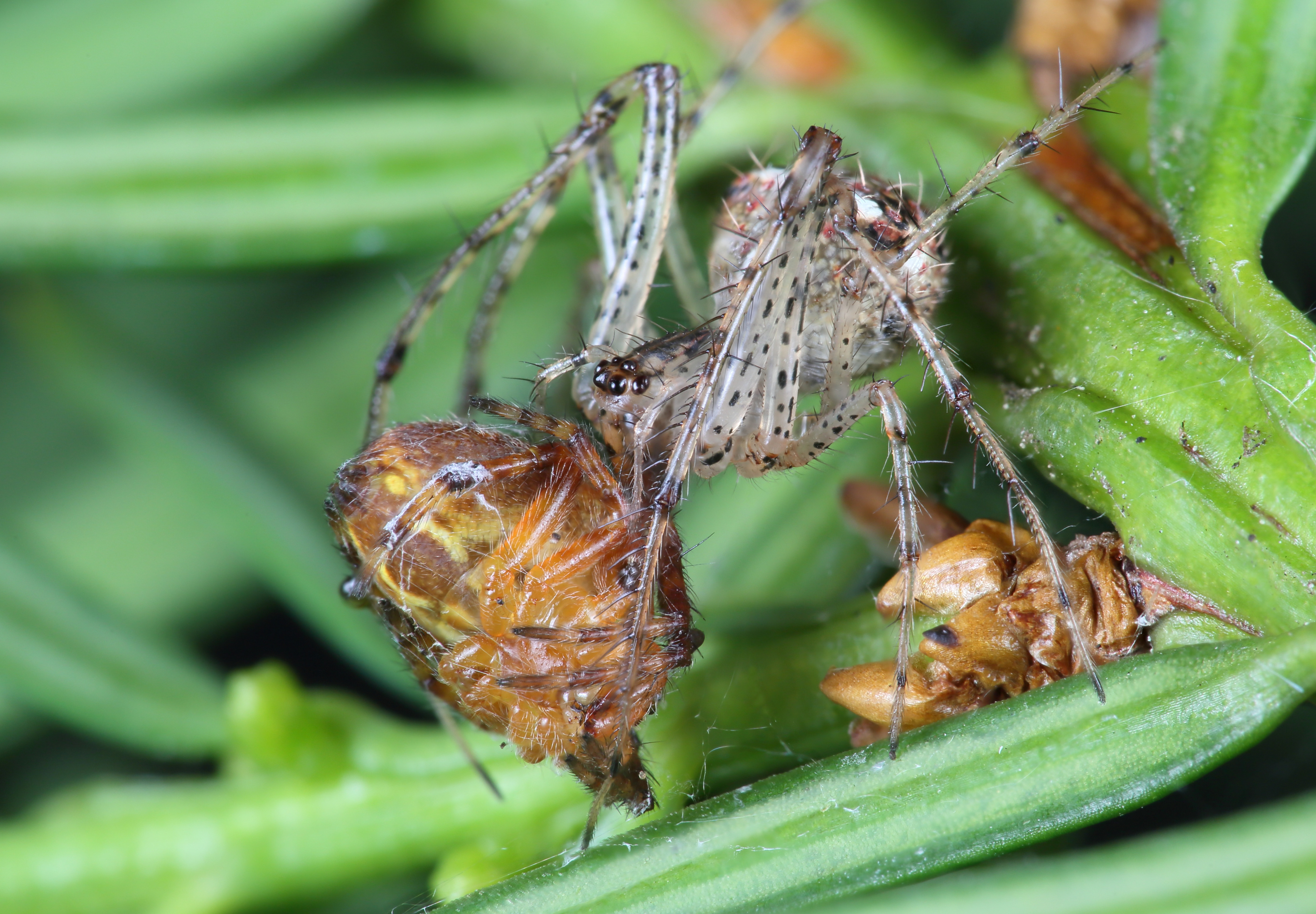 There are different descriptions about how pirate spiders take down a resident spider from their own web. One is that they delicately pluck on the web, enticing the other spider to come close to investigate. The pirate spider can use its long legs, with prominent spines, to hold the other spider at bay while it bites it with venom that is especially potent against spiders. Here is a sequence showing just that. In any case, when I got back the orb weaver was loosely wrapped up and motionless.

This last picture shows what I think are rather maniacal markings on the abdomen of the spider killer.

After that, it seems a good time for some cuteness. There is a river shore where one can collect our smallest grasshoppers, and here are their super tiny nymphs. The first is a pygmy grasshopper (Tetrix sp.). Adults are about a half inch long, but this little hopper is the size of a sesame seed. 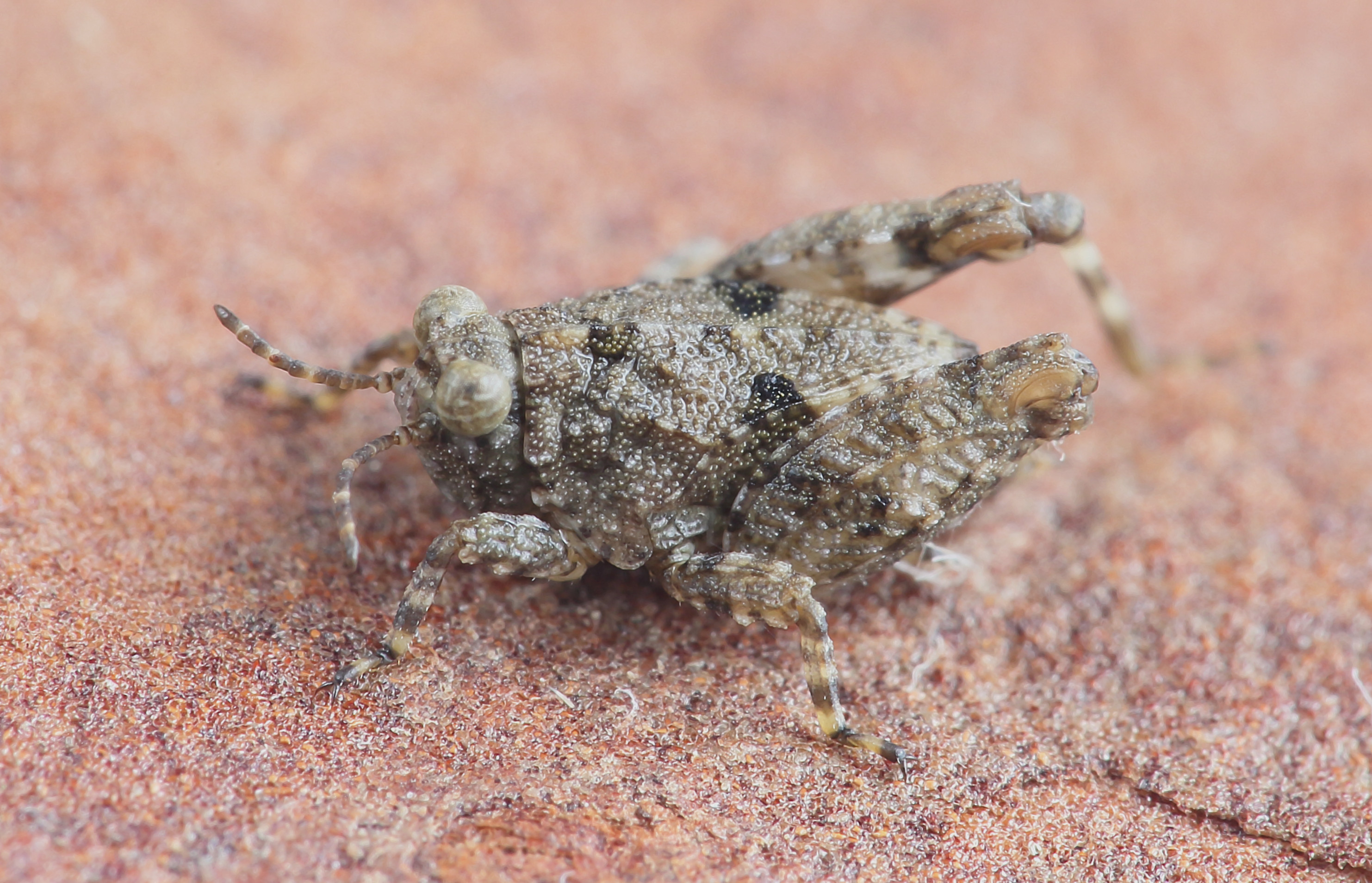 And here is an even smaller nymph of a pygmy mole cricket. They are just adorable! Pygmy mole crickets are rather strange in that they are not crickets at all, but are classified instead as being within the same suborder as grasshoppers. The species here is Ellipes minuta, and adults are about 5mm long. I placed it on a thin film of water to get it to sit still (it was pretty jumpy otherwise). A thing to note is that in the side view you can see a pair of long rods under the body. These are long tibial spurs that they have on the ends of their hind legs that they use to stand on water. 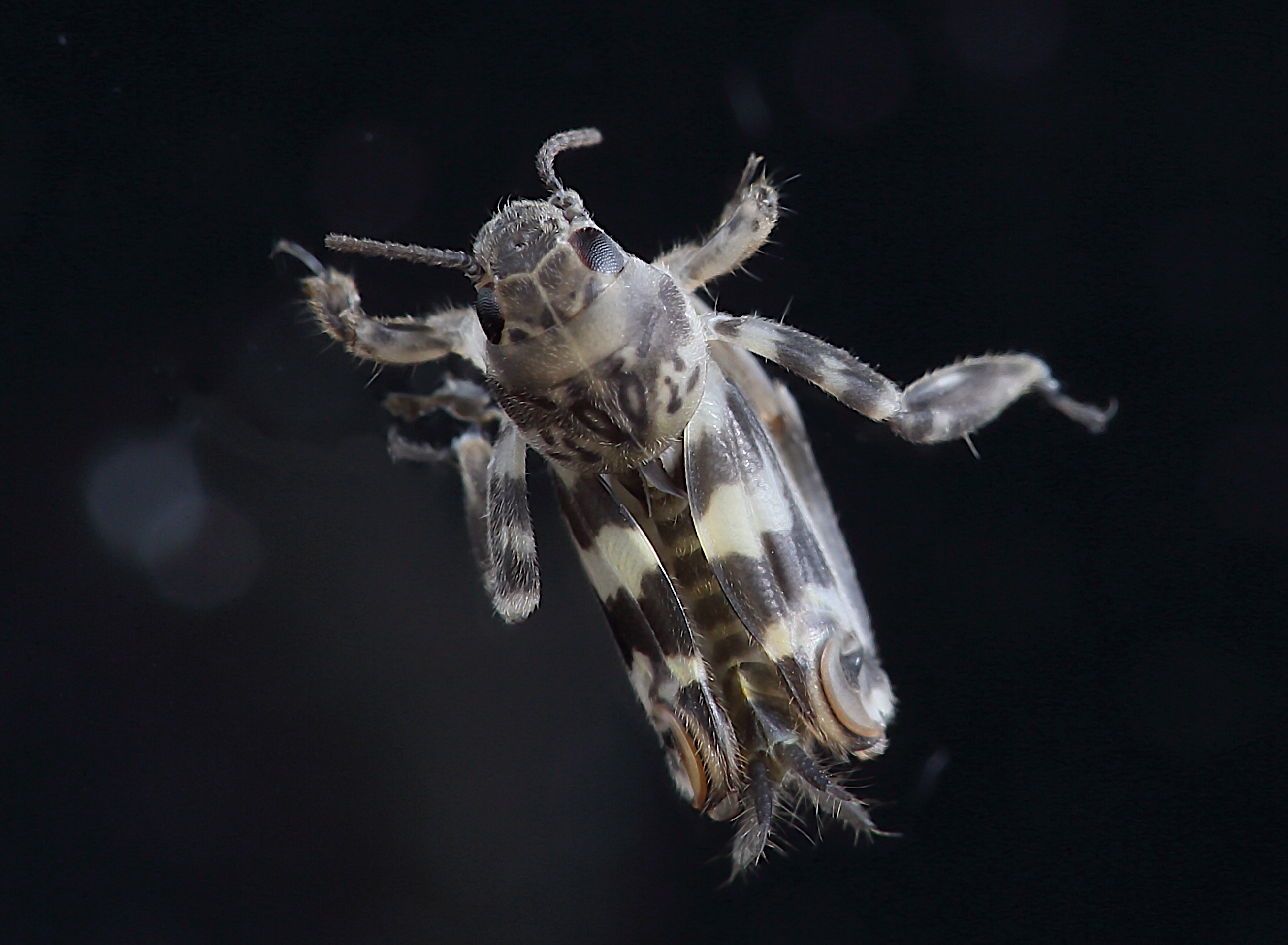 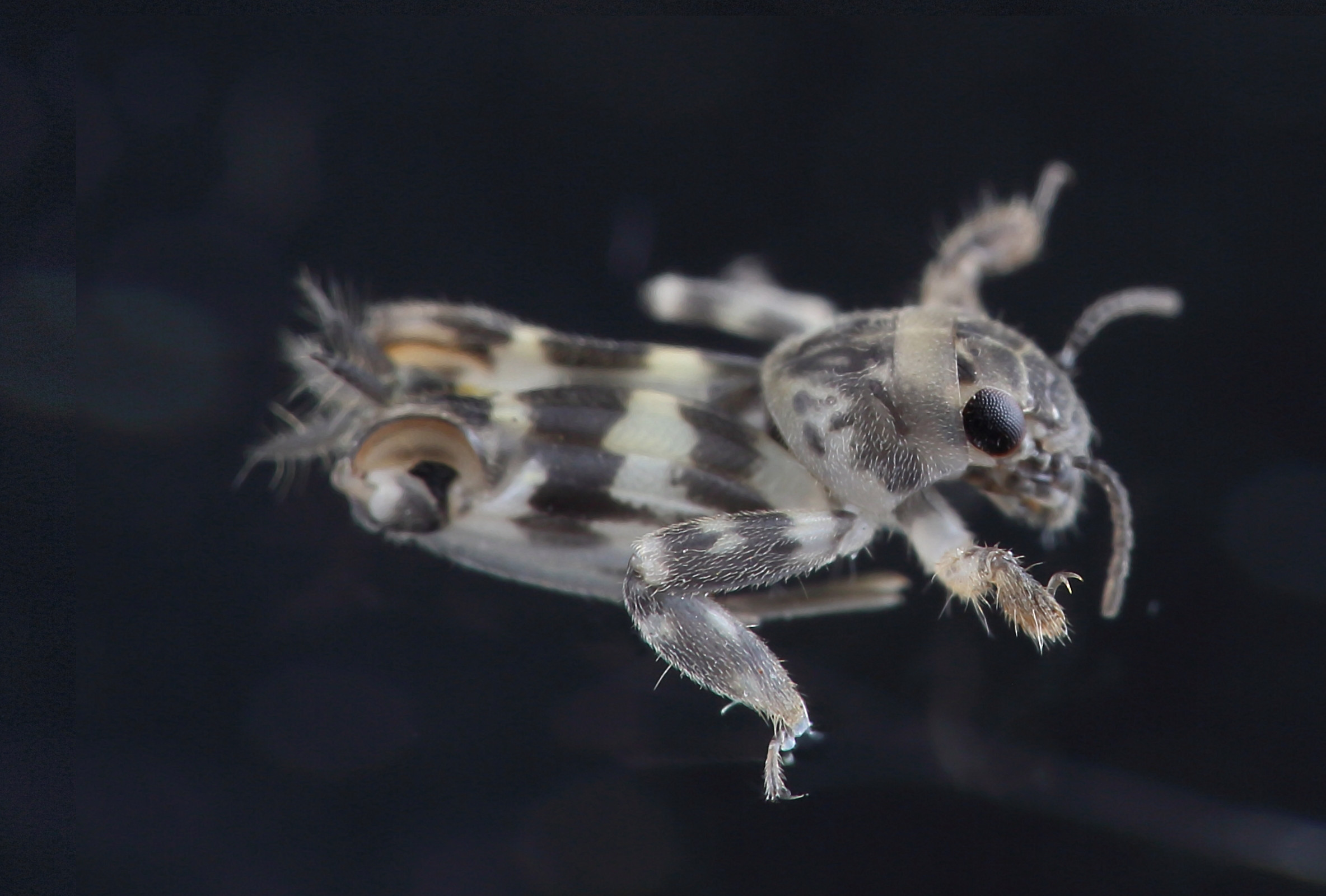 Finally, here is a baby tree frog, and it’s the size of your thumbnail. It could be one of two species that are around here, either Hyla chrysoscelis, or H. versicolor. These are identical in appearance, although their songs are different. Interestingly, the second species is a polyploid descendant of the other species. 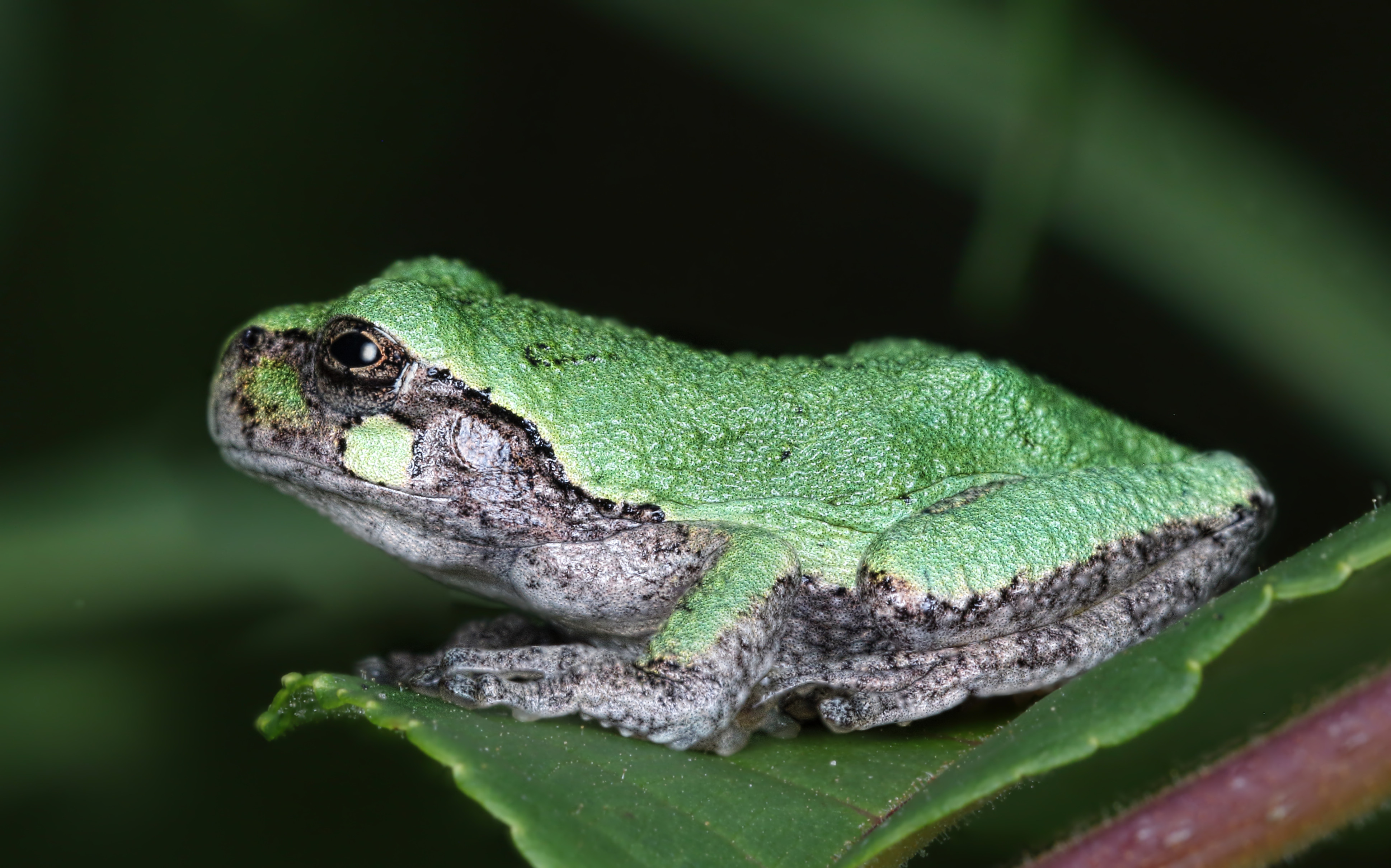