Today’s batch (and I may take a hiatus of this feature during the three-day weekend) comes from Matt Young.  His captions and IDs are indented, and you can enlarge the photos by clicking on them.

Four hours in Rocky Mountain National Park. A colleague and his wife were attending a conference in Denver and had a day off, so my wife and I went with them to the park one day in June of 2015. Not incidentally, I also had my (then) new Sony alpha-6000 with a pair of kit lenses, all of which I naturally had to try out.

Here then is the entrance to Rocky Mountain National Park. I confess to having edited out the back of a road sign: 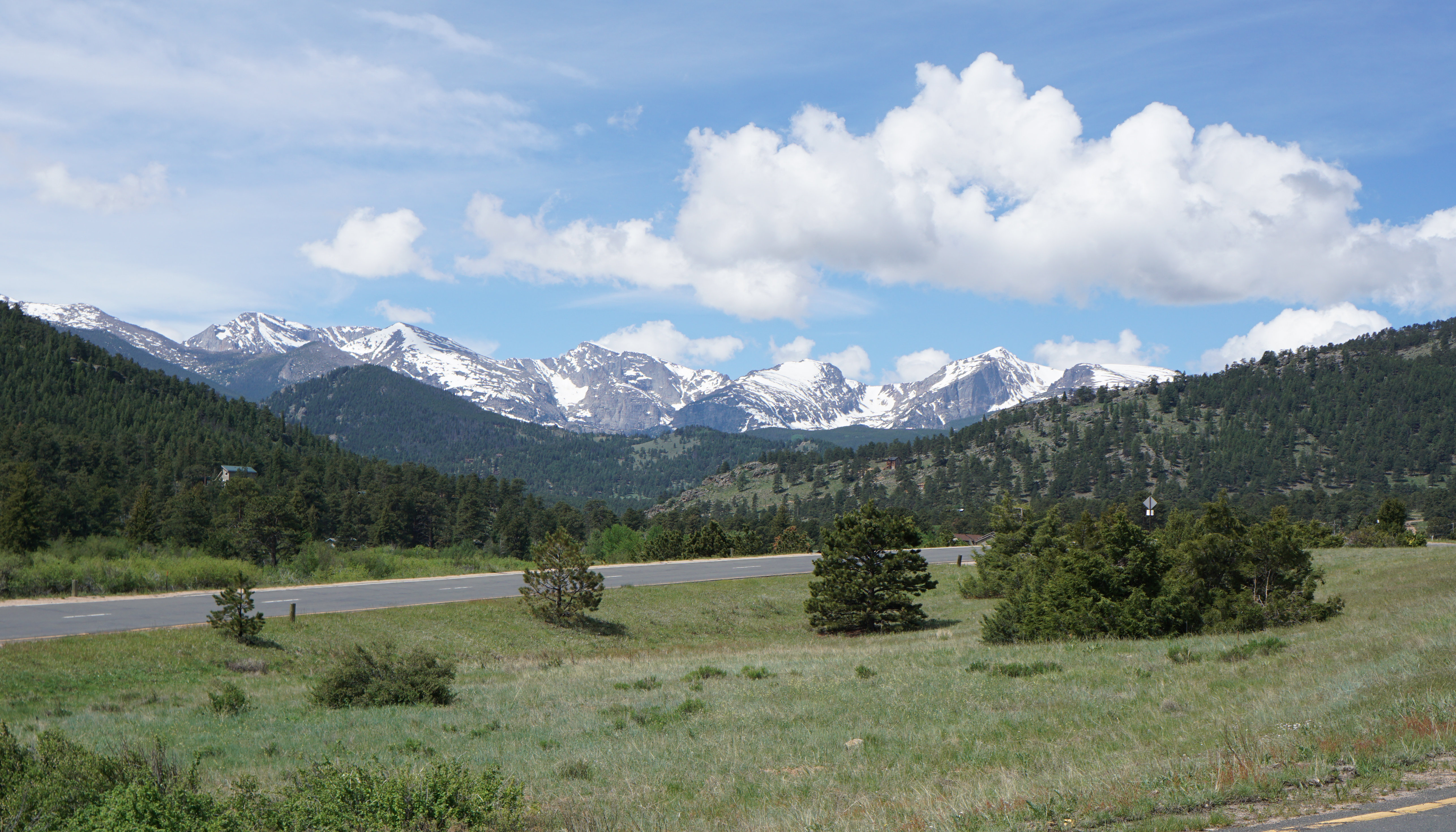 Next, a panorama, just to see if I could do it. The camera is somewhat fussy, and I always seem to scan too fast or too slowly:

A snapshot showing terracing as a result of freeze-thaw cycles: 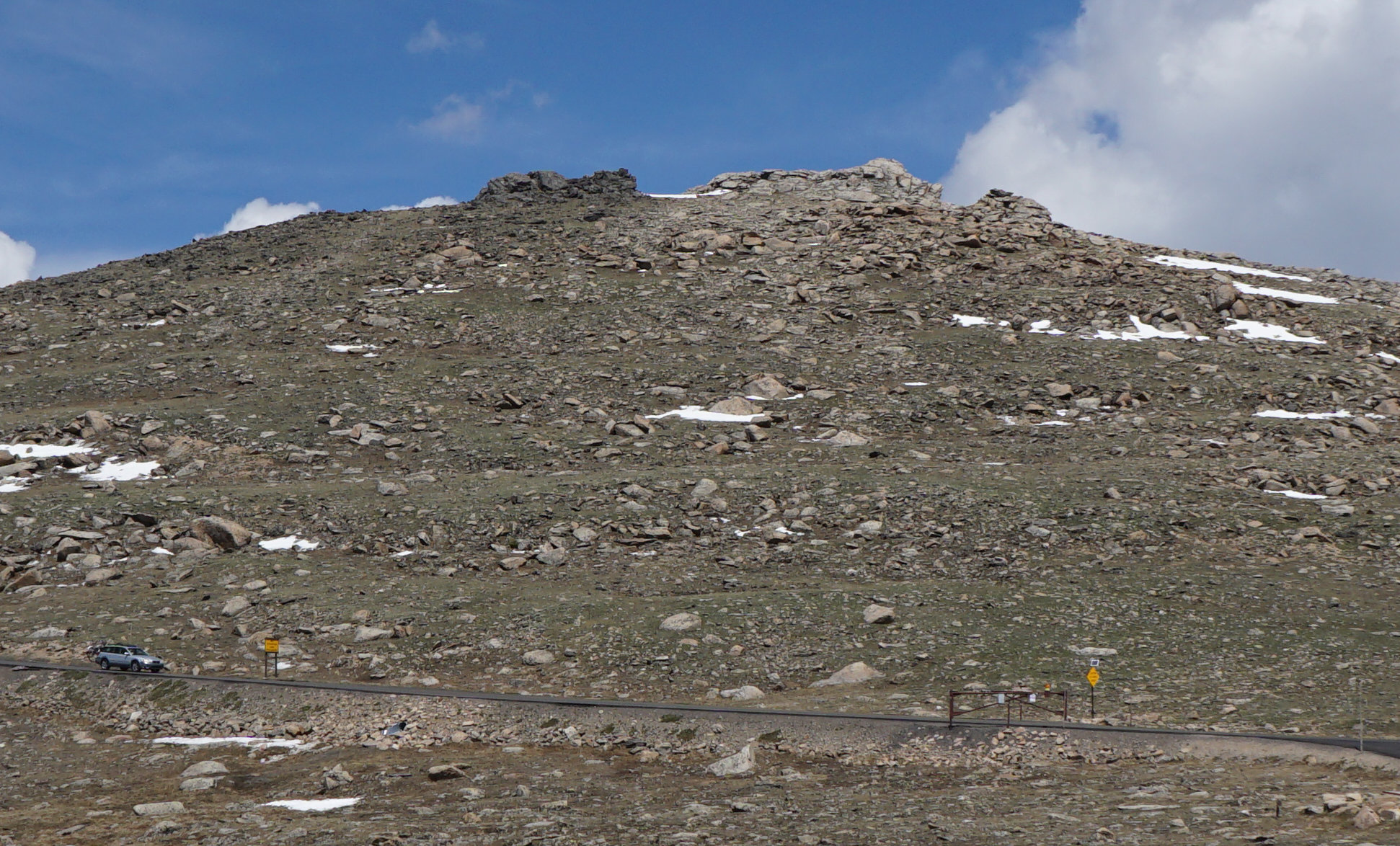 Glacial cirques, large bowls caused by the action of the glaciers during the Ice Age. The most prominent is on the right, but there are more in the background: 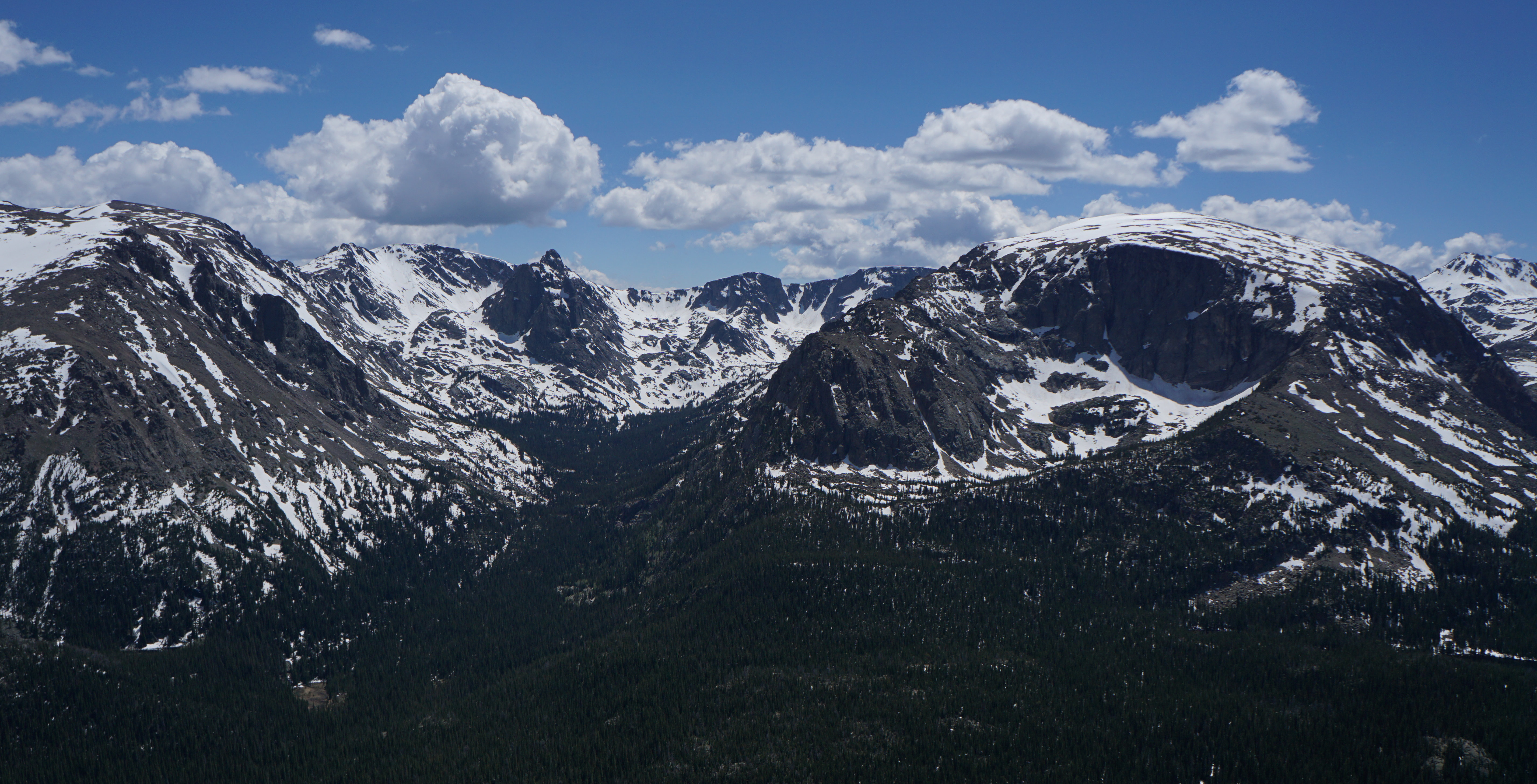 The alluvial fan caused when a dam burst in 1982, burying the town of Estes Park in mud. The fan is beginning to fill in, especially on the right side, but it would not be fair to show an earlier picture: 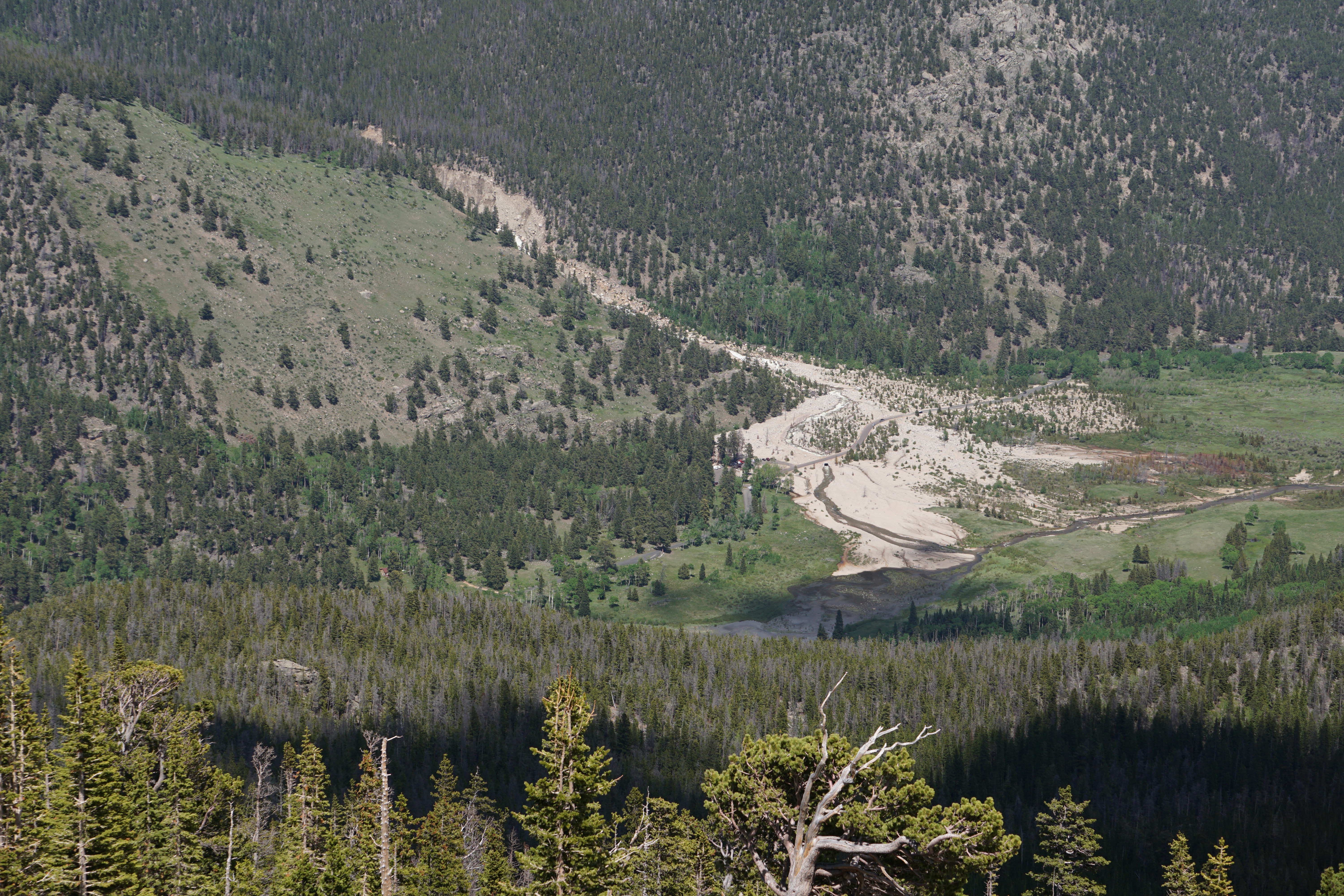 A yellow-bellied marmot (Marmota flaviventris) running around in the field: 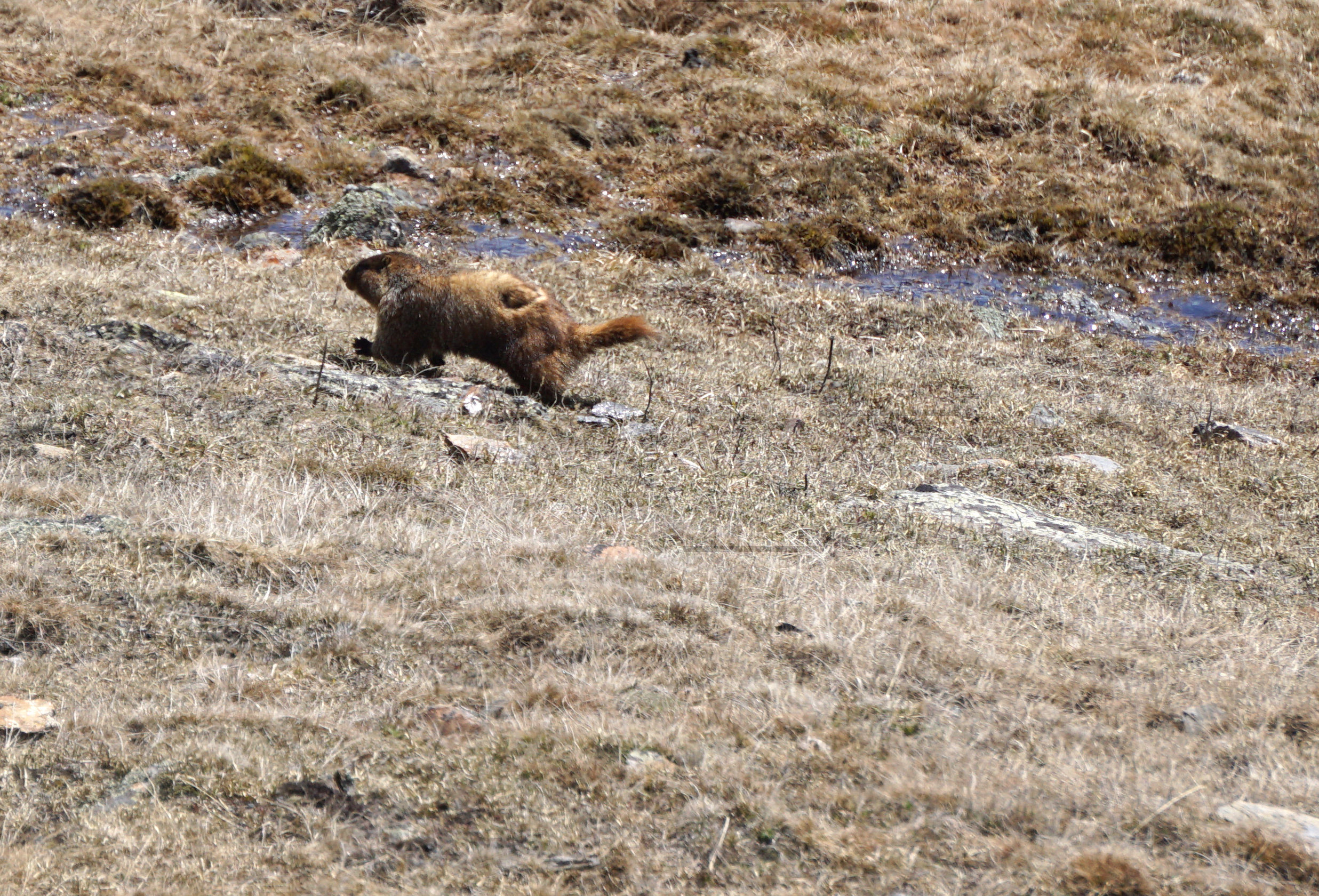 An elk, or wapiti (Cervus canadensis): 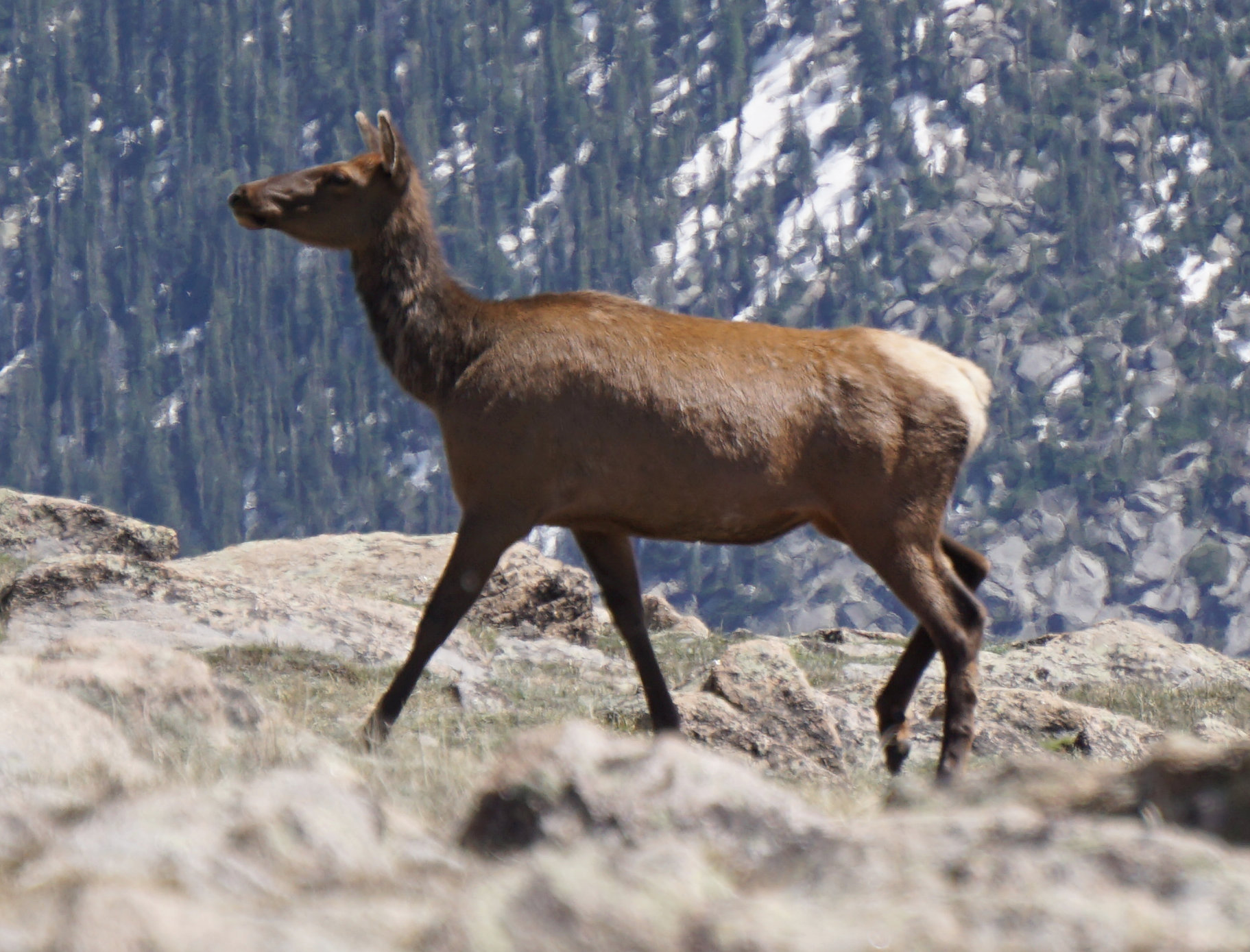 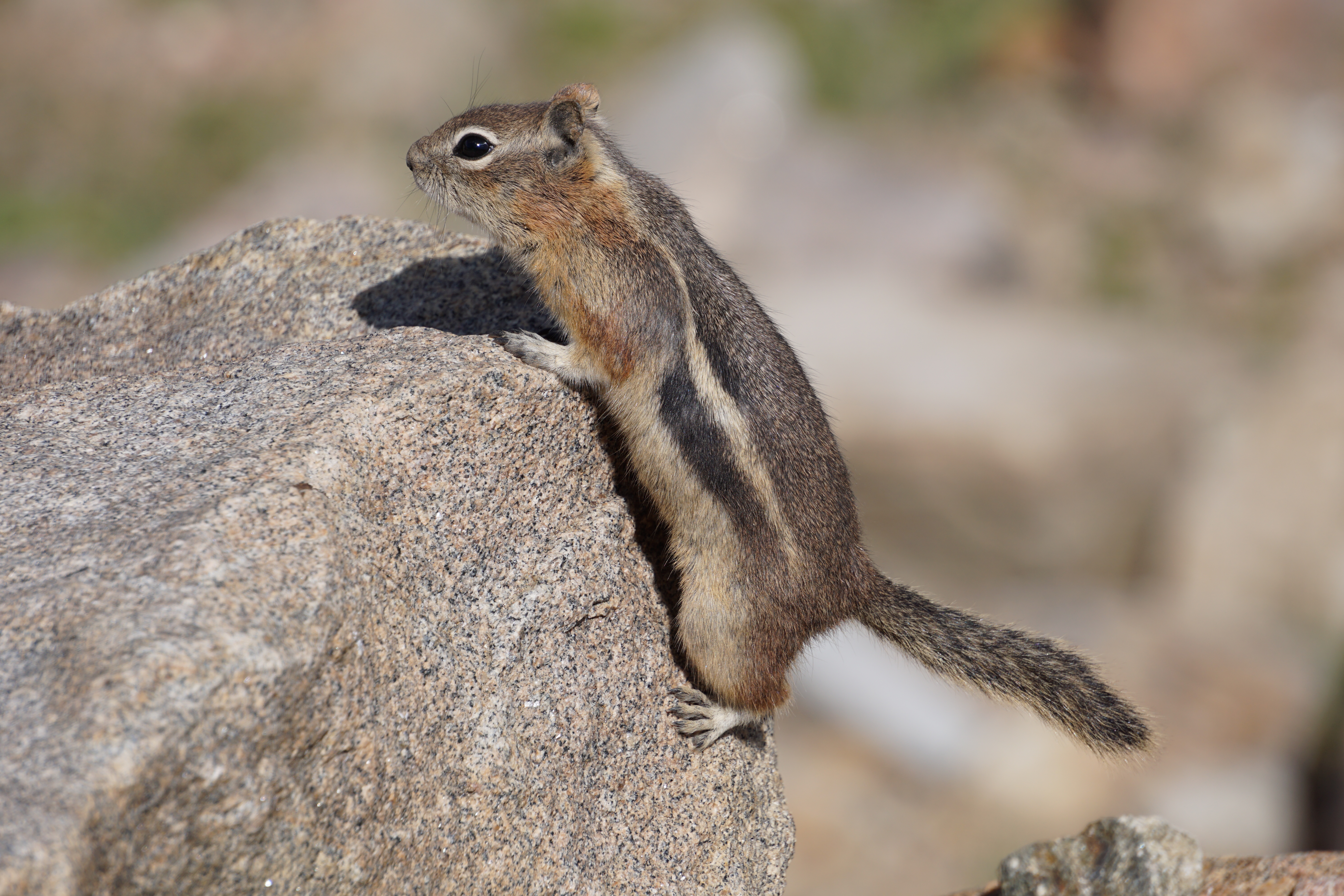 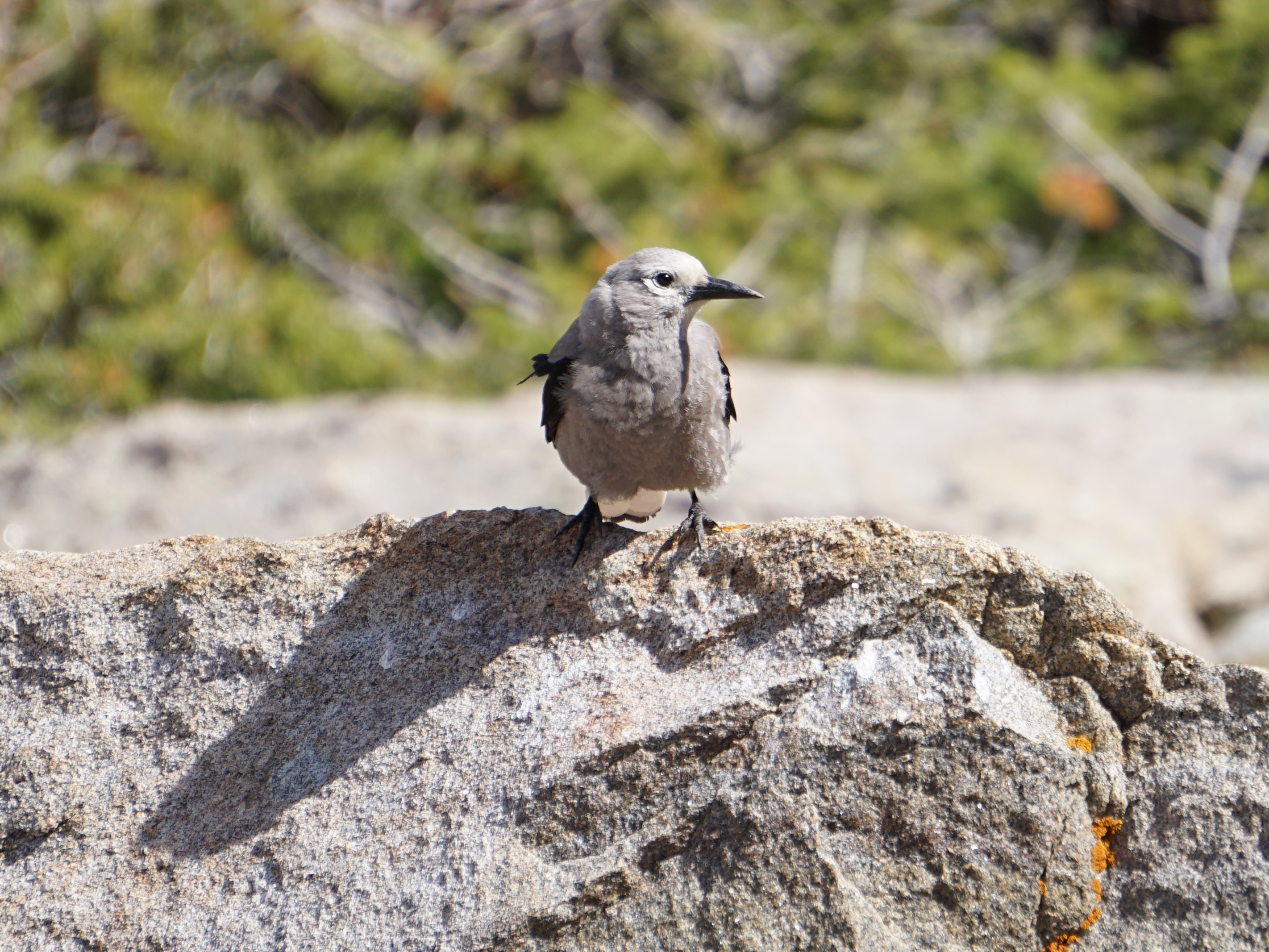 A Clark’s nutcracker perched on a dead tree and demanding to be photographed: 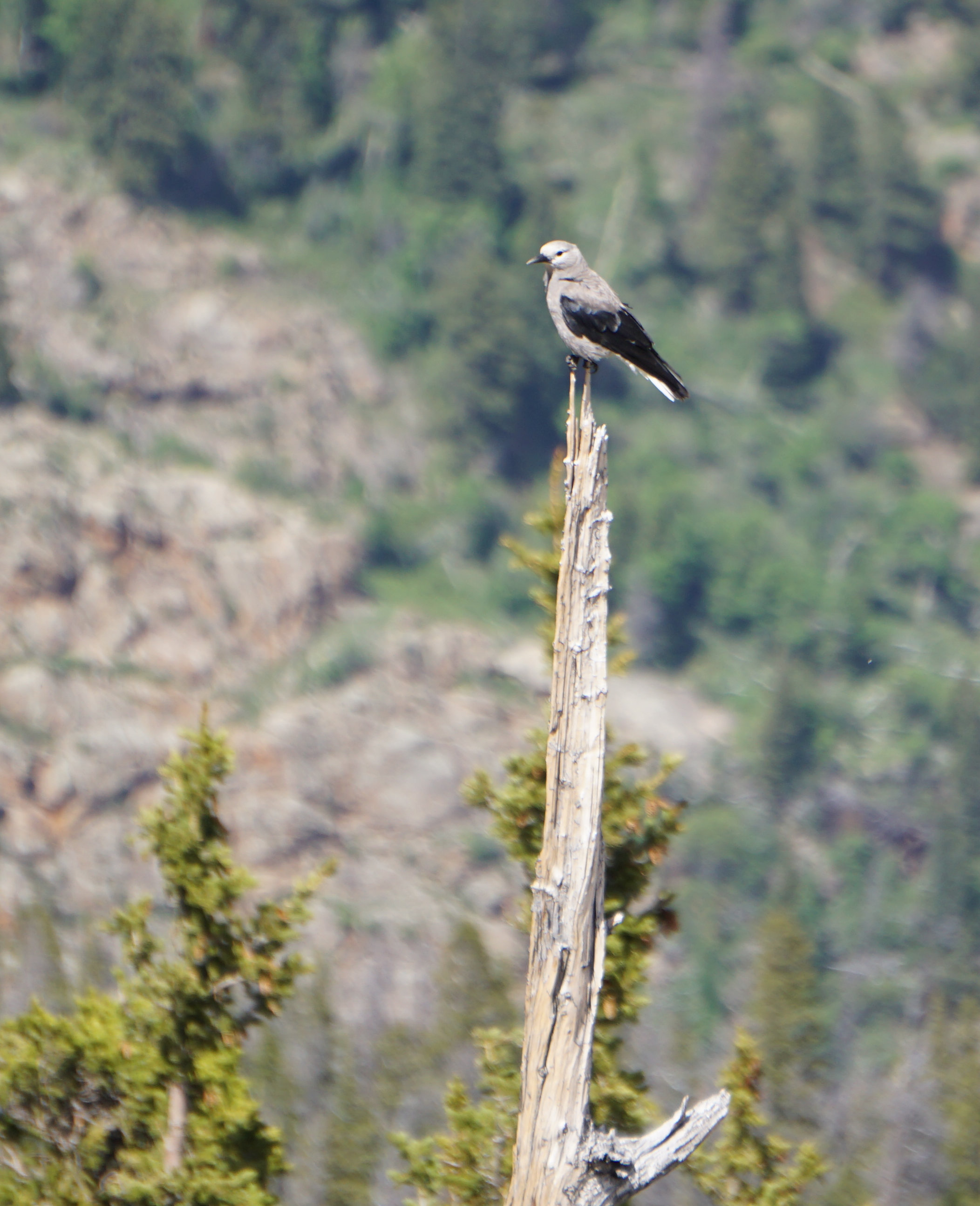 And not to be outdone, a Steller’s jay (Cyanocitta stelleri) perched on a branch: 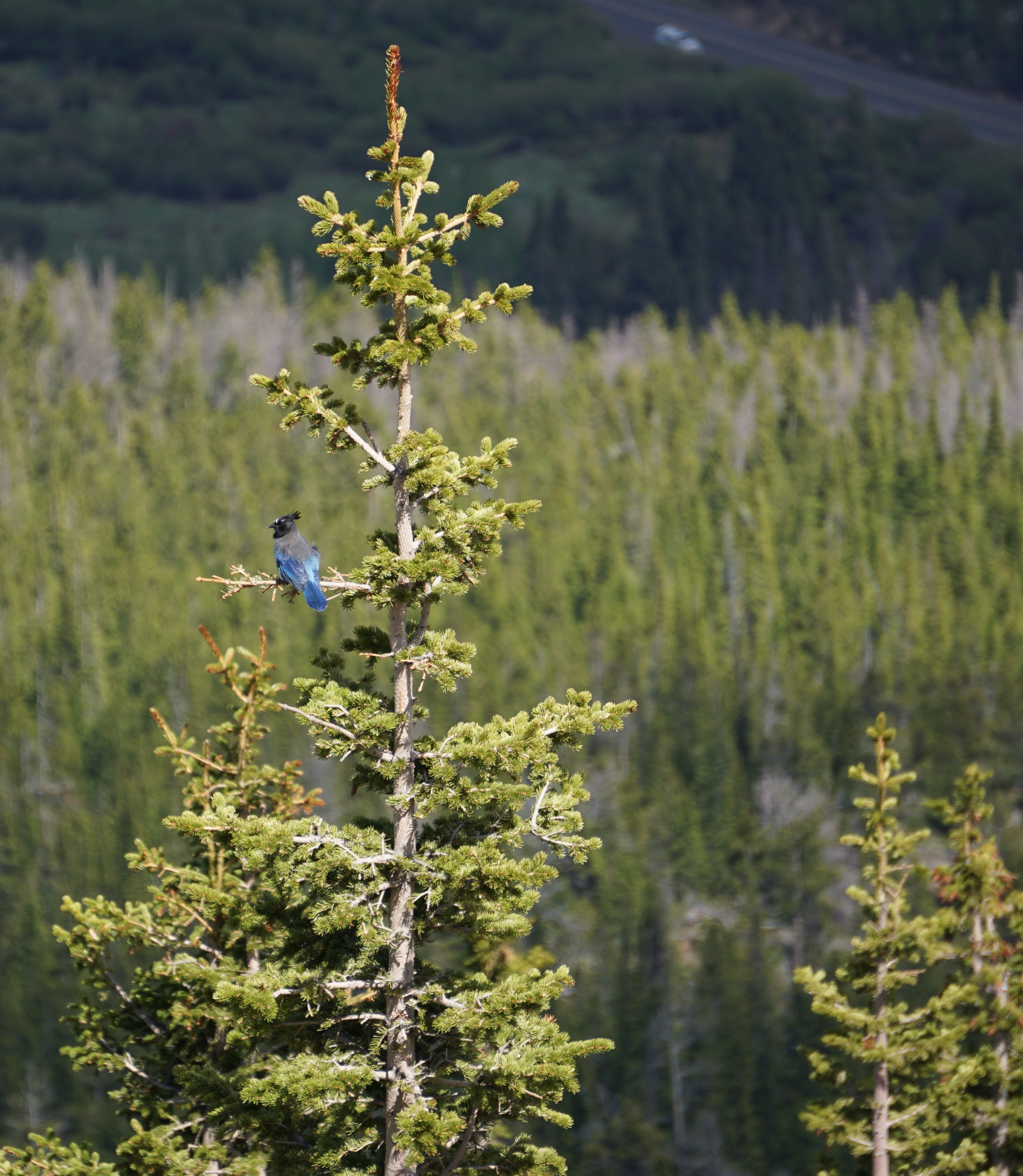