A few kind readers sent in wildlife photos, but I’m going to conserve them for a day or so to accumulate a reasonable stash.  Today, then, we have three photos: a sign and two astronomy pics that show part of the “planet parade” of a few days ago.

The astronomy came from reader Bryan Lepore yesterday, whose notes are indented (click photos to enlarge them):

I send the best picture I could get of the planet parade this morning. I used an iPhone 13 and iOS with nothing added. I used Night Sky as an aid for identification of the planets.Venus is among the tree tops on the left. The planet just above the treetops on the right is probably Jupiter, though Saturn was near it. 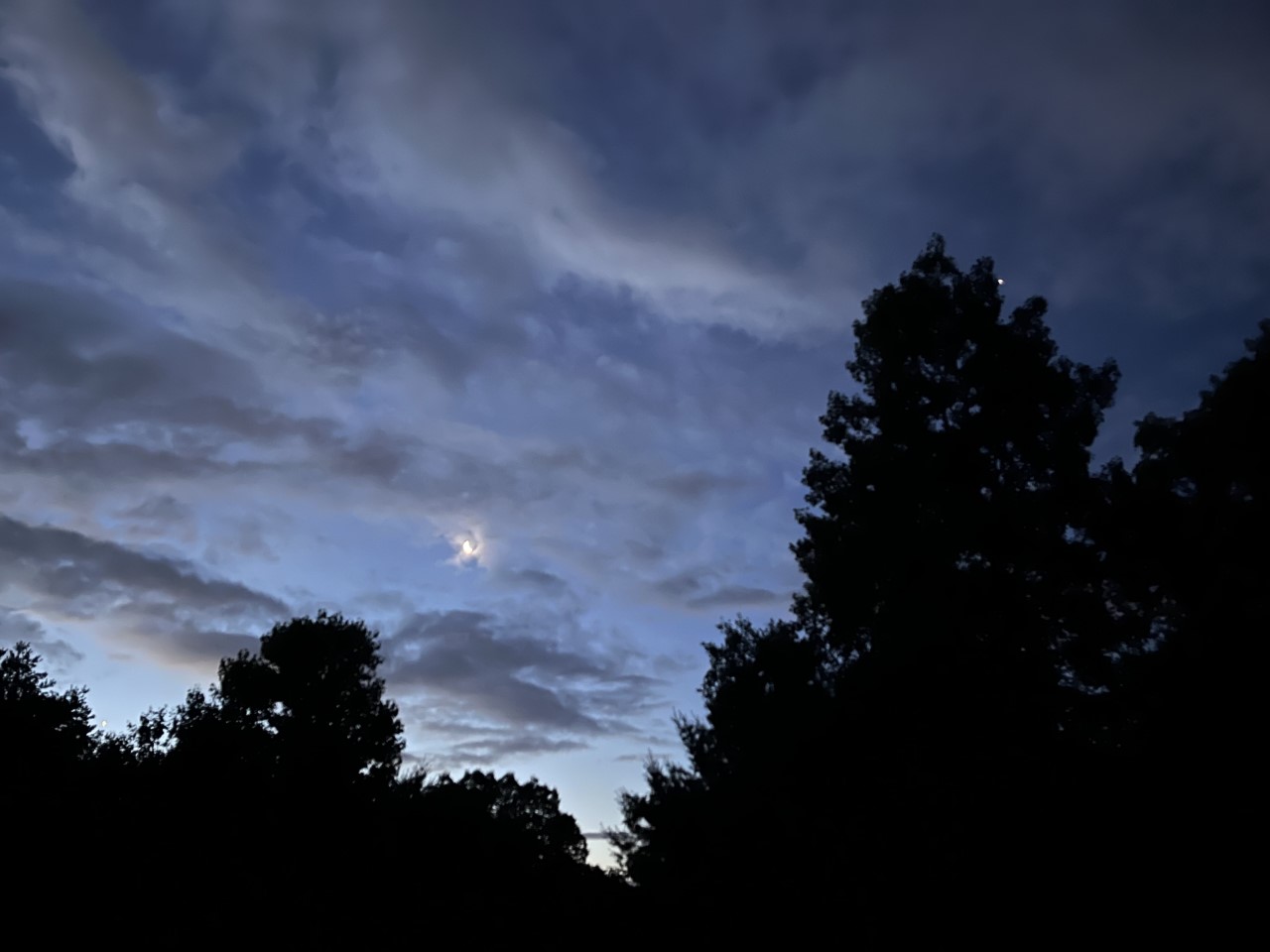 … I also got some bats (not shown). Clearly s learning experience – the luminosity would change as the clouds filtered the light, so Jupiter could become as dim as Saturn usually is, and there was no reference as the clouds hid planets alternately. A learning experience.Come to think of it, I’d like to include a neat photo of Mars and Jupiter together from last week – I didn’t know they’d line up today : 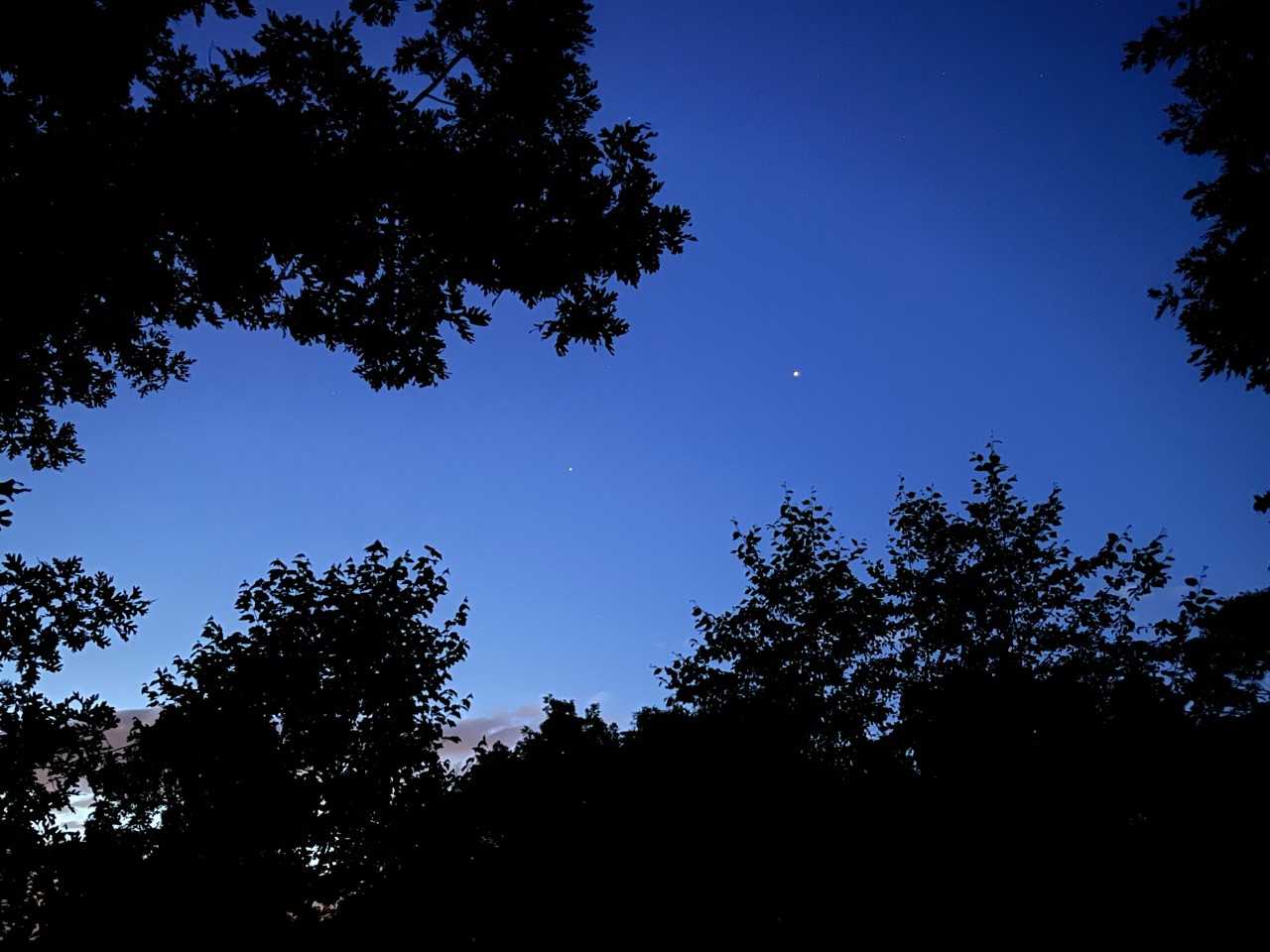 From Dan Fromm. I think someone should collect a website of various “animal crossing” signs. (Actually, I bet there is one.)

Here’s a photo from a recent field trip to the Dominican Republic.  Photo by Mark H. Sabaj Perez, Sr. Collection Manager, Ichthyology, the Academy of Natural Sciences of Drexel University.
I think it is a Solenodon crossing sign.  Location, on the road from Duverge to Puerto Escondido. 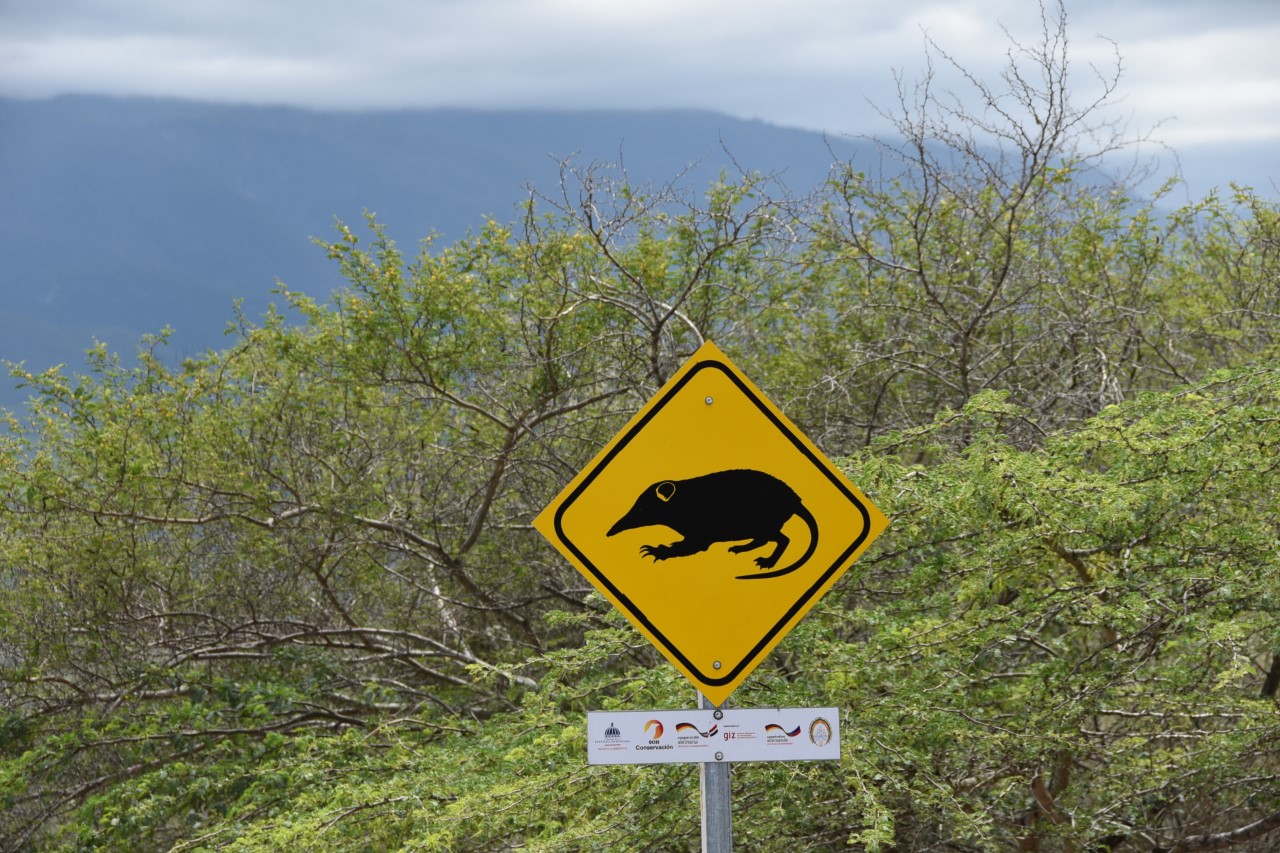 What is a Solenodon? From Wikipedia:

Solenodons (/soʊˈlɛnədɒnz/, meaning “slotted-tooth”) are venomous, nocturnal, burrowing, insectivorous mammals belonging to the family Solenodontidae /soʊˌlɛnəˈdɒntɪdiː/. The two living solenodon species are the Cuban solenodon (Atopogale cubana), and the Hispaniolan solenodon (Solenodon paradoxus). Threats to both species include habitat destruction and predation by non-native cats, dogs, and mongooses, introduced by humans to the solenodons’ home islands to control snakes and rodents.

Here’s a photo (not mine or Dan’s, but from the Internet) of the Hispaniolan solenodon. Because it’s threatened, there should be a sign. The guy is wearing gloves because the creature has a bite with venomous salive.  More:

Today, the solenodon is one of the last two surviving native insectivorous mammals found in the Caribbean, and one of the only two remaining endemic terrestrial mammal species of Hispaniola.