“It’s now very common to hear people say, ‘I’m rather offended by that.’ As if that gives them certain rights. It’s actually nothing more… than a whine. ‘I find that offensive.’ It has no meaning; it has no purpose; it has no reason to be respected as a phrase. ‘I am offended by that.’ Well, so fucking what.”

The new one just replaces “I’m rather offended by that” with “You lack respect for my faith.” That’s not an argument, either. 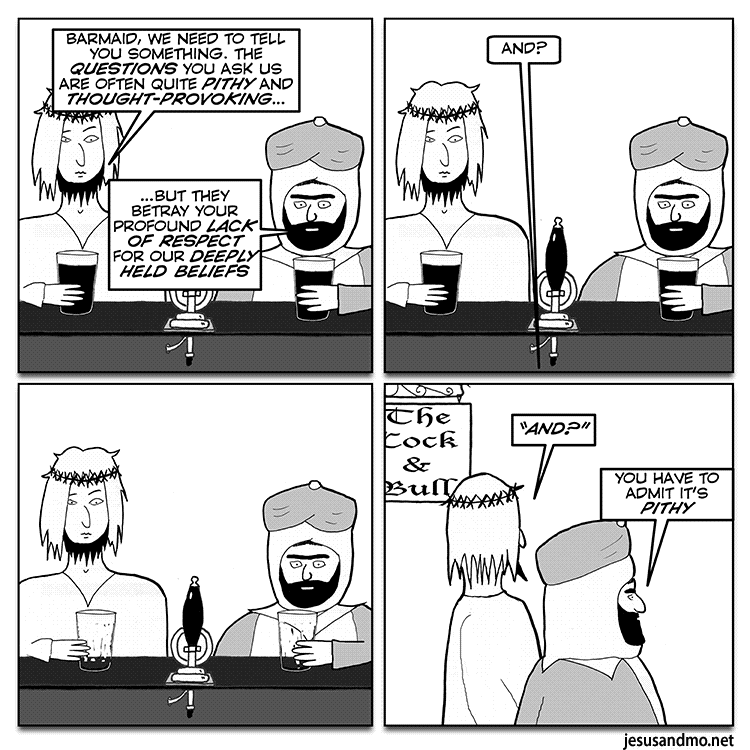